As anyone who’s been to an airport knows, traveling is not all white-sand beaches and swaying palm trees. Crazy delays, unpredictable weather, and overcrowding can make even the most well-traveled feel a bit jittery when they head to the airport. In Philadelphia, the well-loved chain Popeyes Louisiana Chicken tried to ease some stress by offering “emotional support fried chicken.”

How innovative, you might be thinking. How avant-garde of them!

Brilliant as this Popeyes stunt may be, it’s not the first company to use fried chicken as a means of easing airline woes. Just last year, on the other side of the world, I too was the recipient of a “fried chicken” appeasement. As it turns out, Lion Air, a budget airline based in Indonesia, has been dishing out boxes of greasy comfort food for years.

The Lion Air fried chicken experience is far from the carefully manicured Popeyes emotional support fried chicken, though. I saw it first hand in the Yogyakarta airport. It’s a one-story building with two terminals, a handful of restaurants, and a large waiting room stacked with chairs and free water coolers. It’s modern and clean, although after watching a couple carelessly walk back and forth through the metal detectors to retrieve something (and accidentally smuggling in my own bottle of water), the airport security left a bit to be desired. Nevertheless, the cozy waiting room felt like a pleasant spot to relax before boarding.

Then I noticed the little TV screen attached to the ceiling listed in bold red type that every outbound flight was DELAYED. We had about an hour before takeoff and figured that we were in no rush. Surely, we thought, they’ll work this all out. We found a couple of seats and struck up a conversation with other travelers who were also lamenting their flight status. The minutes turned to hours, but when we hopelessly asked the cheerful flight attendants at our gate they told us, “We don’t know,” and flashed a smile. 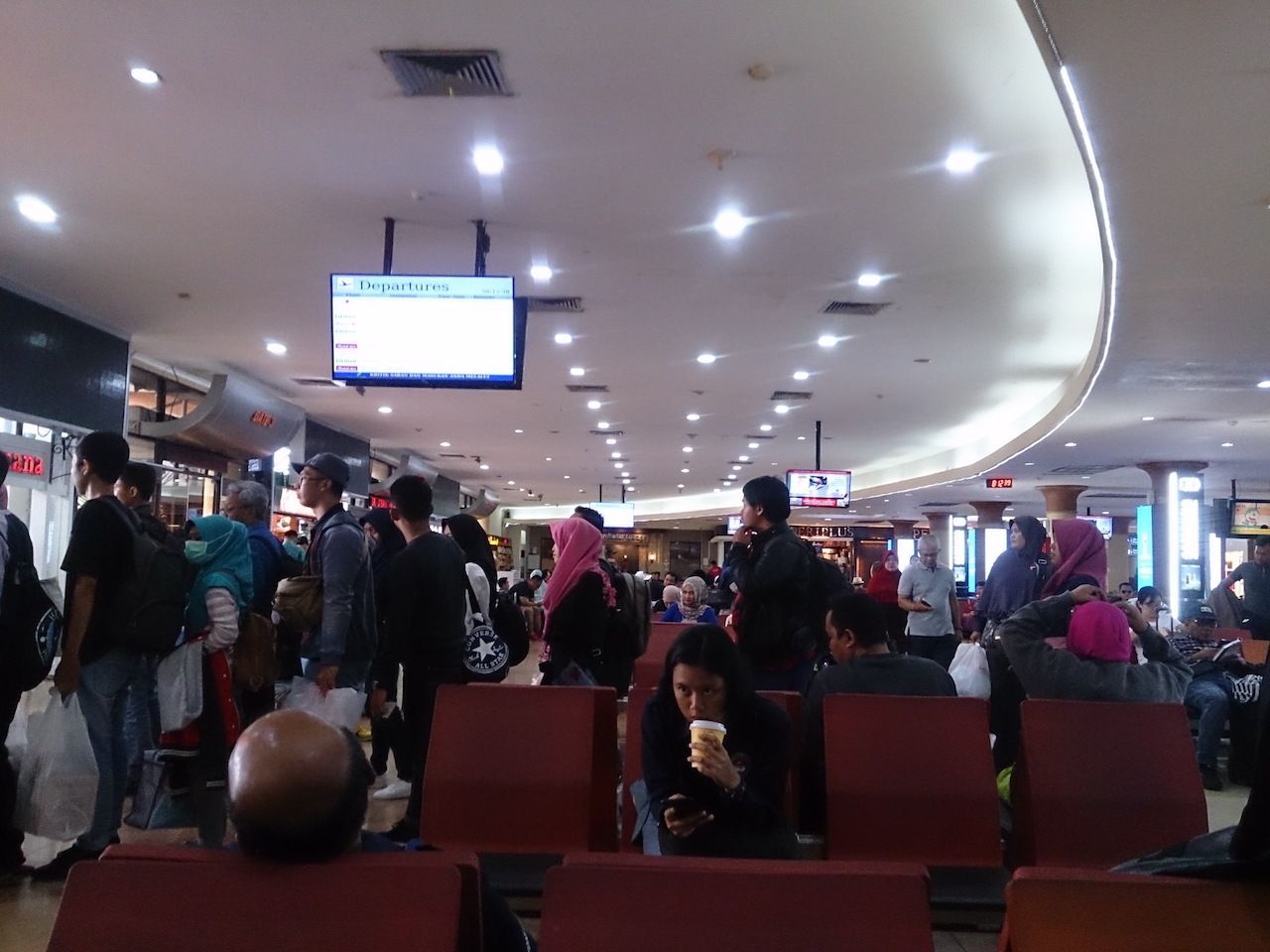 The room became steadily more crowded and hot. Yogyakarta’s climate is that potent brand of tropical humidity that can’t withstand many people crammed into a tight space. After countless hours of one flight taking off for every five that were delayed, the room’s weak air conditioner and now empty water coolers did not stand a chance against the ever-increasing surge of displaced passengers.

Somewhere around the four-hour mark, we were exhausted, hungry, and honestly, really worried. We had no place to stay, could not speak the language, and no real idea of if we were ever going to take off. It’s hard to know what to do when a flight is canceled in your home country, let alone when you’re abroad.

Lion Air, though, was not worried. In fact, it appears the staff had plans for just such a time as this. With even brighter grins plastered on their faces, the attendants working our gate hopped on the loudspeaker to announce that, no, they still did not have an update, but what they had was even better: free boxes of freshly fried chicken.

Incredibly, it worked. My husband and I watched dumbfounded as passengers happily scrambled to the front of the terminal to stake claim to their fried goods. A shoulder shrug and a short line later, we too were biting into our penance. The grease from the still warm chicken dribbled down our chins, and we felt a bit better with every mouthful.

Eventually, we made it onto the plane. We crossed the tarmac in the dark, climbed the steps to the small aircraft, and immediately fell asleep in our seats, stomachs full of fried chicken. 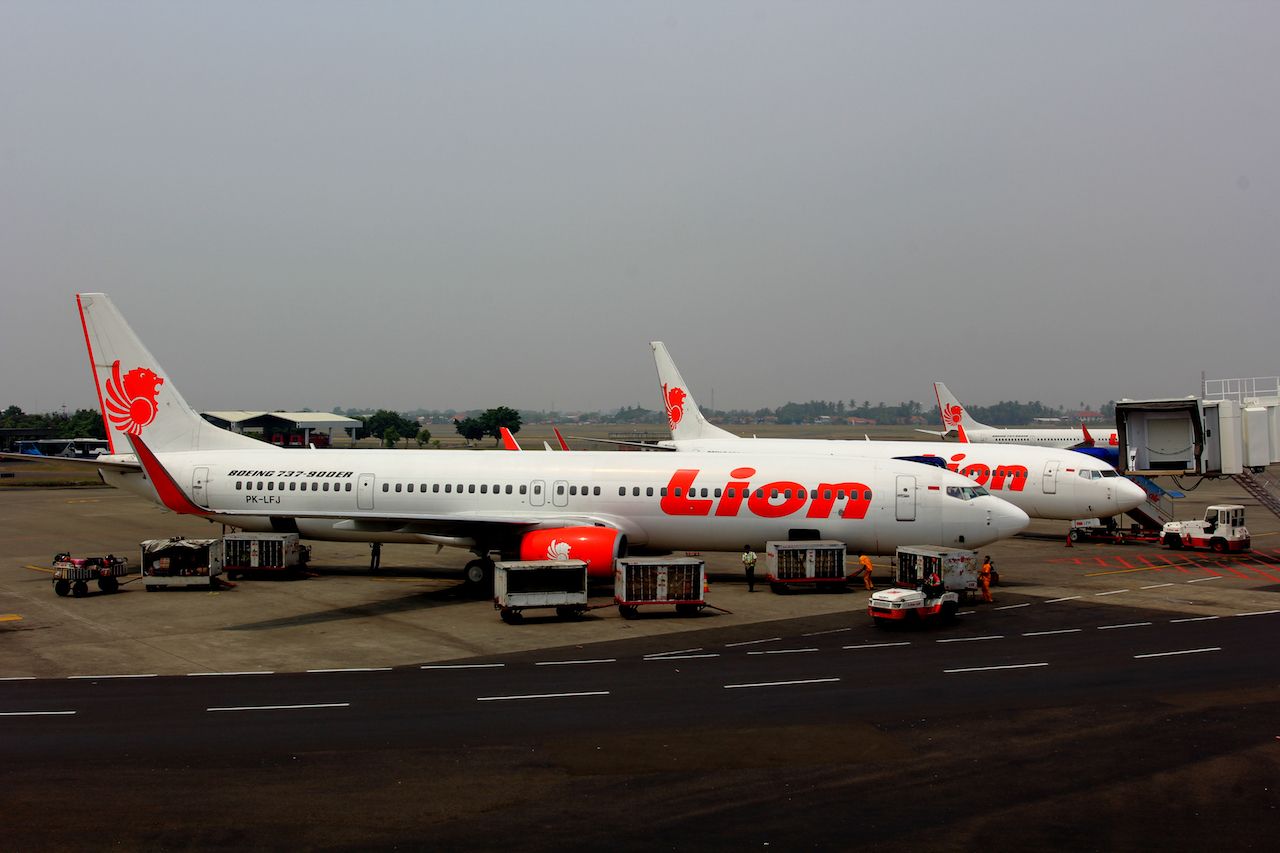 Recently, I reached out to Lion Air to see if I could get any insight into how often this happens or what the purpose of the fried chicken handout actually is. But alas, the response has been a resounding silence, much like the one I enjoyed in that tiny Indonesian airport.

However, a host of scathing reviews posted on Tripadvisor in recent years shows that I wasn’t alone in being bribed with fried chicken. The posted stories are eerily similar to the one I experienced: The flight is incredibly delayed, there is no information given, but fried chicken is delivered to passengers.

While flight delays are inevitable with travel, fried chicken is not. Yes, Lion Air leaves a lot to be desired as an airline. Delays are just the tip of the iceberg for reasons to avoid the airline if possible. But I’ll be honest, this little trick likely cost them very little and put a smile onto a lot of angry faces. Say what you will, Lion Air knows how to manage a disgruntled crowd.

Other airlines could take a page out of their book. When all else fails, simply smile, play dumb, and provide fried chicken.