Lockdowns around the world might mean that humans are hunkering down in their homes, but thankfully, this whole situation does not apply to wildlife. While the streets of many towns and cities are deserted, in some communities animals are filling the void left by humans, taking to the streets themselves. From the United States to the United Kingdom, India, Spain, and more, animals are seizing this rare opportunity to explore our cities and towns. They aren’t wearing our pants or taking our jobs yet, and until that happens, there’s no harm in letting the nearby wildlife have some fun.

Lambs on a playground in Preston, England

If the children aren’t going to use the playground, why not let the lambs get some use out of it? The neighborhood better hope lambs don’t get motion sickness. 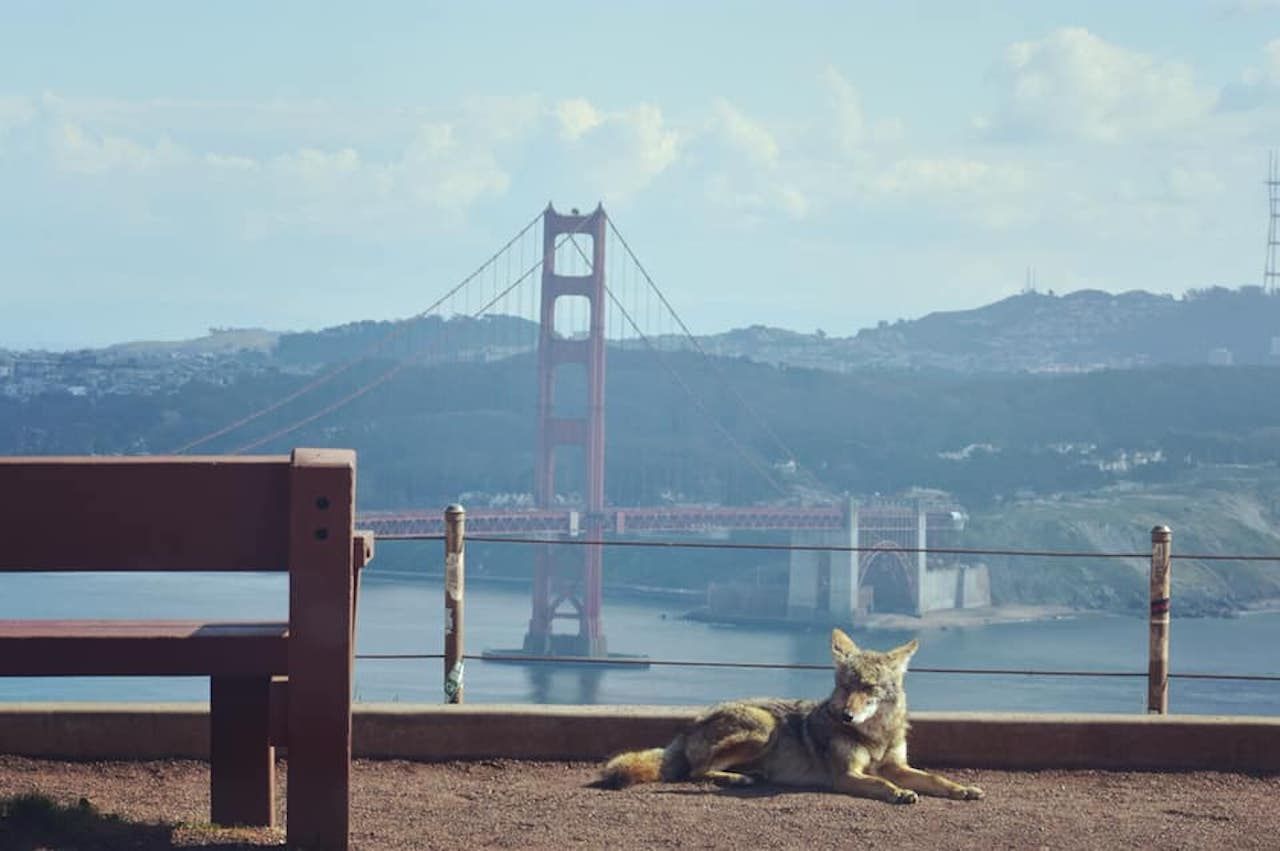 The second the lockdown went into effect, this coyote sprinted to the spot, laid down, and called dibs. Not pictured: a crowd of jealous animals off-camera all wishing they’d gotten there first.

Llandudno has had some unusual visitors! Mountain goats have been making the most of the town's quiet streets. 🐐https://t.co/YmdwweGEGO pic.twitter.com/1FQIlxBpms

It sounds like the plot of a quirky comedy, but these goats really took over this small town in Wales. And if the video is any indication of their comfort level here, they probably won’t be leaving anytime soon.

Chandigarh today, animals are claiming their land back. pic.twitter.com/opXISaGENY

In Calicut, a critically endangered Malabar civet, a species that usually lives in forests and wetlands, strolls the empty streets of the Indian city.

In Chandigarh, some deer are five minutes away from violating curfew and decided to make a run for it. Some are showing more urgency than others.

Spotted on the playground at the elementary school next door, which has been closed for several days … wild turkeys! That’s a first. #coronavirus #westoakland pic.twitter.com/tGA4y1l09c 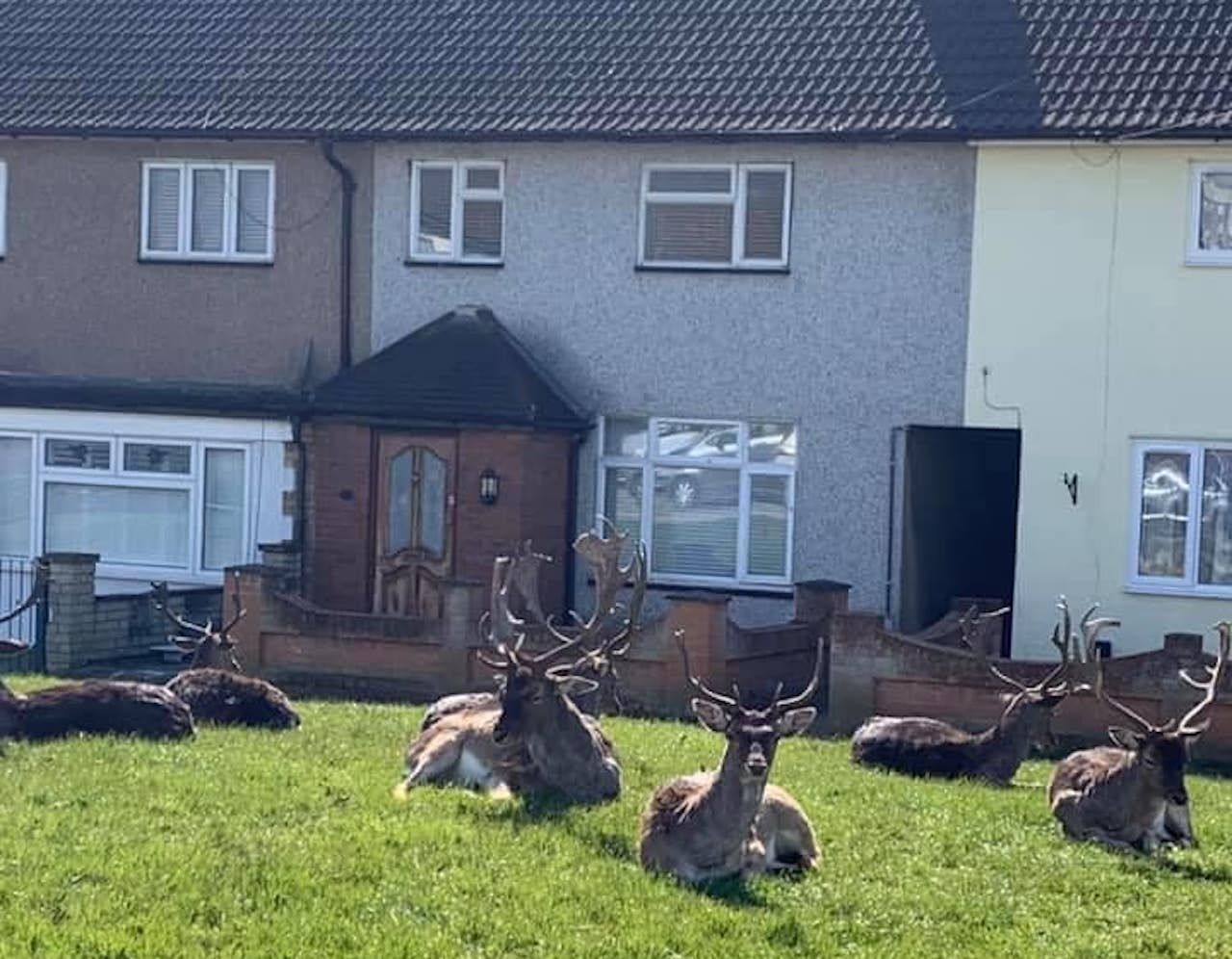 Many are having neighborhood social distancing parties, where neighbors gather on a lawn or driveway while maintaining six feet of distance from one another, but this probably isn’t the kind of neighborhood party this house had in mind. 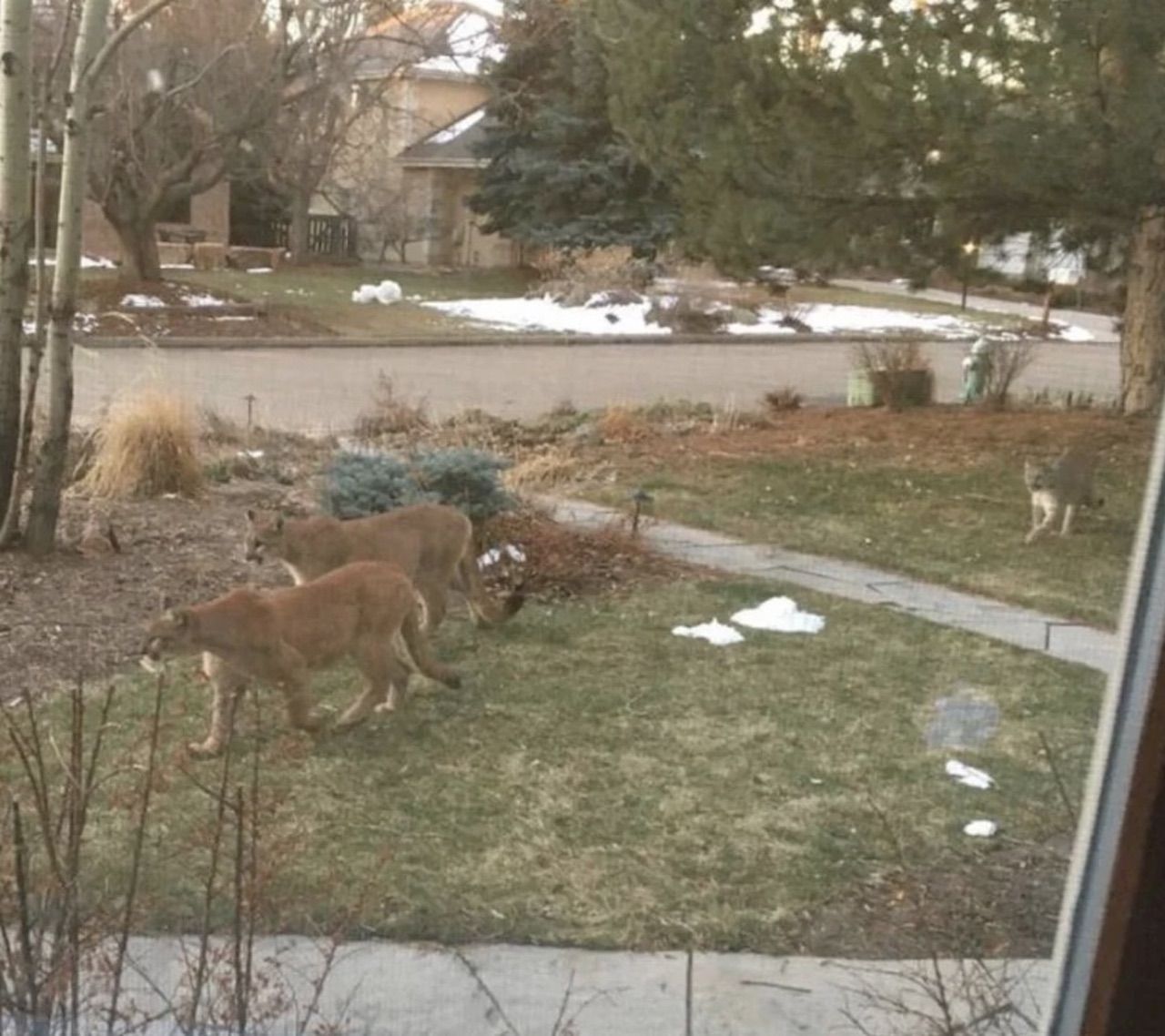 A jaguar checking into a hotel in Mexico

College kids aren’t going on spring break this year, but that doesn’t mean this jaguar can’t live it up in the sun.

A bear stalking the streets of Asturias, Spain

Ninety nine percent of the time, being cooped up at home is difficult. The other one percent is when a bear is wandering around your street.

This nilgai took one look at life under quarantine conditions, said “nope,” and immediately began to sprint away from the madness.

Less tourists in Nara = less people feeding the deer in the parks 🌷🌱 Now they're venturing out into the city eating flowers and plants, per Fuji TV #coronavirus#新型コロナウイルス の影響で海外観光客の減少が続く奈良公園で、鹿せんべいをもらえなくなってしまったシカちゃん達 😢 pic.twitter.com/yUFWJ4S9sj

Nara is famous for its deer park, but since the park is closed the deer have been craving human interaction and the treats we give them. Now, they’re proactively taking matters into their own hooves, looking for humans and snacks in the city.

WildlifeThese Islands Have Totally Been Taken Over by Hordes of Animals
Tagged
News Wildlife
What did you think of this story?
Meh
Good
Awesome