A building project named the “Tulip,” proposed last year as the newest addition to London’s skyline, just got rejected. The flower-shaped building was slated to be the second tallest building in western Europe at 1,000 feet, but London Mayor Sadiq Khan has just vetoed the project, citing its negative aesthetic impact upon the London skyline.

A spokesperson for Khan said, “The mayor has a number of serious concerns with this application and having studied it in detail has refused permission for a scheme that he believes would result in very limited public benefit. In particular, he believes that the design is of insufficient quality for such a prominent location, and that the tower would result in harm to London’s skyline and impact views of the nearby Tower of London world heritage site. The proposals would also result in an unwelcoming, poorly designed public space at street level.”

Duncan Wilson, chief executive of Historic England, echoed these concerns. “This building,” he said, “a lift shaft with a bulge on top, would damage the very thing its developers claim they will deliver — tourism and views of London’s extraordinary heritage.” 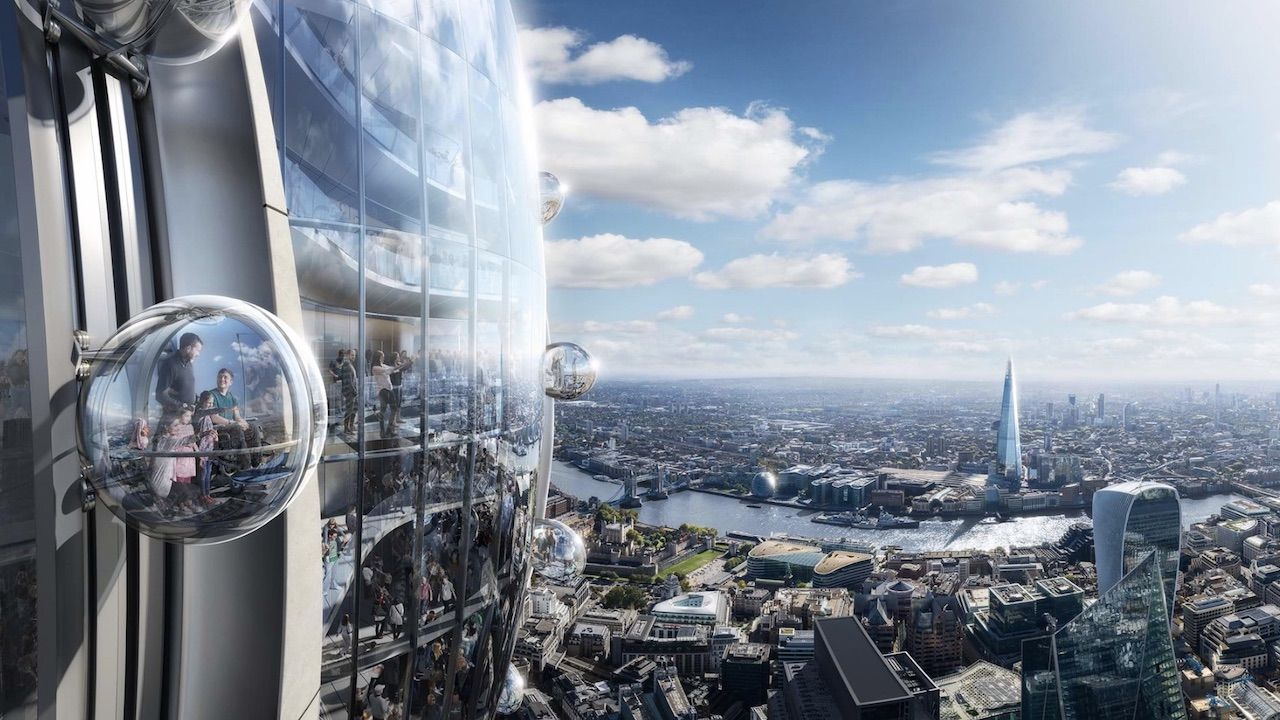 Topped by a glass bud with 360-degree viewing galleries, a bar, and restaurants, the building was also supposed to feature a small park, rooftop garden, and sky bridges between observation decks. Architects claimed it would serve as a cultural and educational resource, furthering local government plans to create a “culture mile” to attract more visitors to London’s financial district.

ClimbingLondon’s Newest Skyscraper Will Have a Climbing Window
Tagged
News London, England
What did you think of this story?
Meh
Good
Awesome