The “world’s loneliest elephant” is on his way to a better life.

After living in poor conditions in Marghazar Zoo in Islamabad, Pakistan, since 1985, Kaavan, nicknamed the “world’s loneliest elephant,” is moving to a sanctuary in Cambodia today for a new and hopefully happier life. 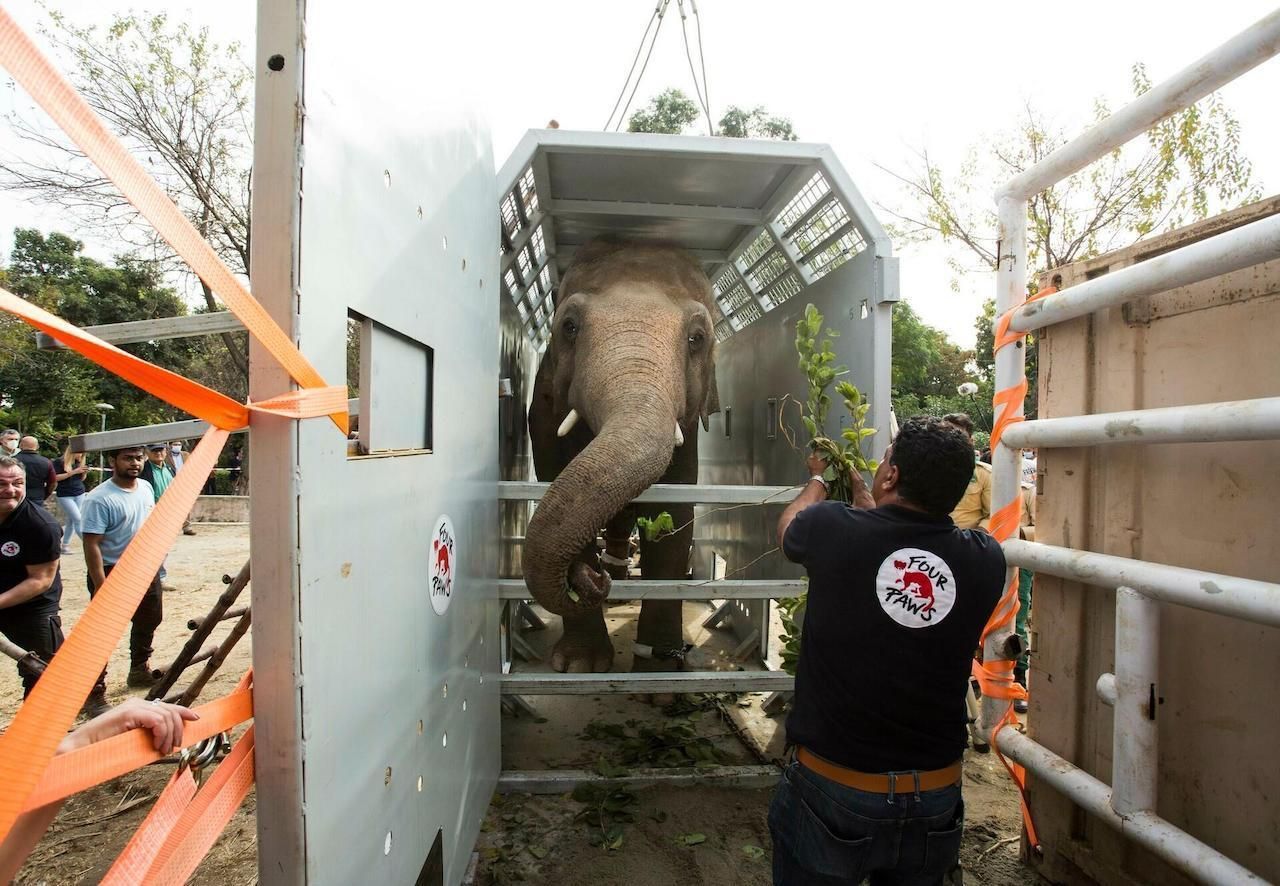 When he was only a year old, 35 years ago, Kaavan was gifted to Pakistan from Sri Lanka. He was kept in abysmal conditions at the Marghazar Zoo for all those years, most of which he spent in chains. Kaavan had a partner, Saheli, who lived with him from 1990 to 2012, when she died of an infection. The heartbroken elephant has been alone ever since.

Thanks to activists around the world, including singer Cher’s charity Free the Wild, Kaavan will be moved to an animal sanctuary in Siem Reap, Cambodia, today where he will finally be able to interact with other elephants. There are currently three female elephants at the sanctuary.

Martin Bauer, spokesperson for Four Paws, the charity that has been fighting to rescue Kaavan since 2016, told NPR, “Transferring an adult elephant on a plane is something very, very rare. An elephant transfer by plane on this scale I think has never happened before, so we are writing history here.”

The transfer has also been made possible by the Islamabad High Court ruling back in May, which determined that the animals at the Marghazar Zoo were being kept in cruel conditions and the zoo needed to be closed.

For three months before his departure to Cambodia, Kaavan received much-needed veterinary care for his dire physical and psychological conditions.

“The goal is to socialize him,” said Bauer, “It will take a while because he has lived on his own for such a long time. But yes, ultimately the goal is to bring him together with other animals because that’s what elephants want. They’re herd animals, they always form families, and that’s also what we plan for him.”

SustainabilityHow To Have an Ethical Wildlife Experience in Thailand
Tagged
News Wildlife
What did you think of this story?
Meh
Good
Awesome