Anyone who has seen a “Best Bars” list for Cartagena, Colombia, has likely noticed that Donde Fidel always figures prominently. The “Embassy of Salsa” in Cartagena is nothing less than a landmark in its own right. It’s an iconic old-school salsa joint that draws everyone from visiting tourists to international music stars who gather for a fun-filled fiesta that usually includes dancing with strangers.

Located inside the clock tower and right on the Plaza de Los Coches, which buzzes with nocturnal activity every night, Donde Fidel occupies three full storefronts. It’s always packed, even when Cartagena is having a dead night. Stepping into the bar is like entering another world. The intense hustle of tour salespeople and souvenir vendors gives way to the soul-soothing syncopated sounds of classic salsa while friendly faces that span multiple generations offer up welcoming smiles.

The secret to Donde Fidel’s vibe and unparalleled success is, of course, Fidel Lotteau himself, the bar’s namesake and a constant presence seven nights a week.

“The name Donde Fidel is a reference point in this city, and it’s a reference to both me and this salsa bar,” Lotteau tells me one early Wednesday night as the bar slowly starts to warm up. “It simply means ‘where Fidel is’ — and I am always here.” 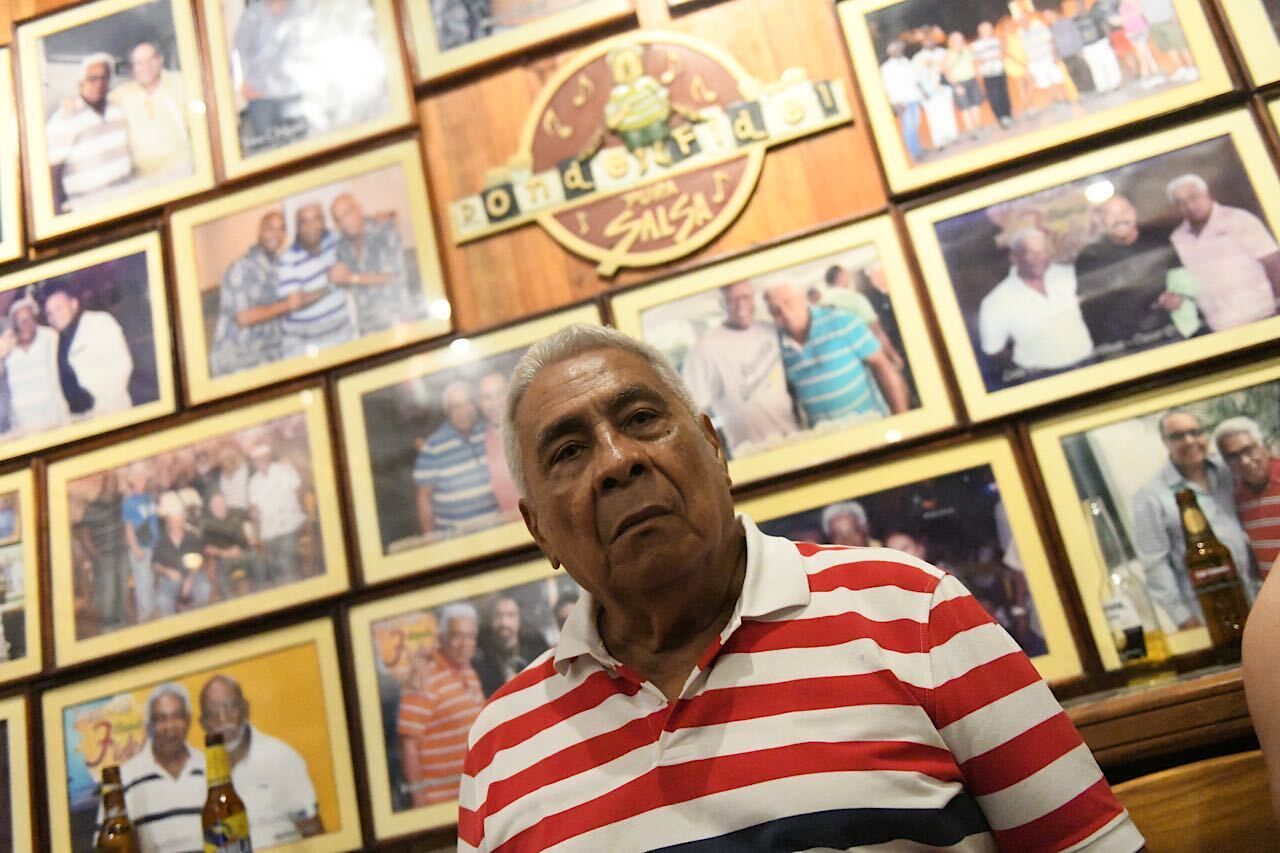 First opened in 1985 in Getsemani, the historic barrio just outside of the Old City that was once home to the walled Colonial seaport’s lower classes, Donde Fidel started as a neighborhood salsa bar. But it soon became famous among international travelers looking for an authentic experience in Cartagena, a place to rub shoulders with locals, immerse in Colombia’s music culture, and try their feet on the dance floor.

Realizing that he had a good thing going, Lotteau decided to move over to the Old City in the late 90s and put up digs in a choice location. Besides the three indoor rooms, the bar also operates four rows of outside tables backed by the ancient stone walls that once protected Cartagena from pirates. People watching is some of the best in the entire city here, and salsa spills out of the bar onto the patio.

“What we have created is something that I believe is very special, a kind of place where there are no vices or perversions, where there is no discrimination or racism,” Lotteau says. “The white and the black and the yellow or whatever color all mix equally here.” 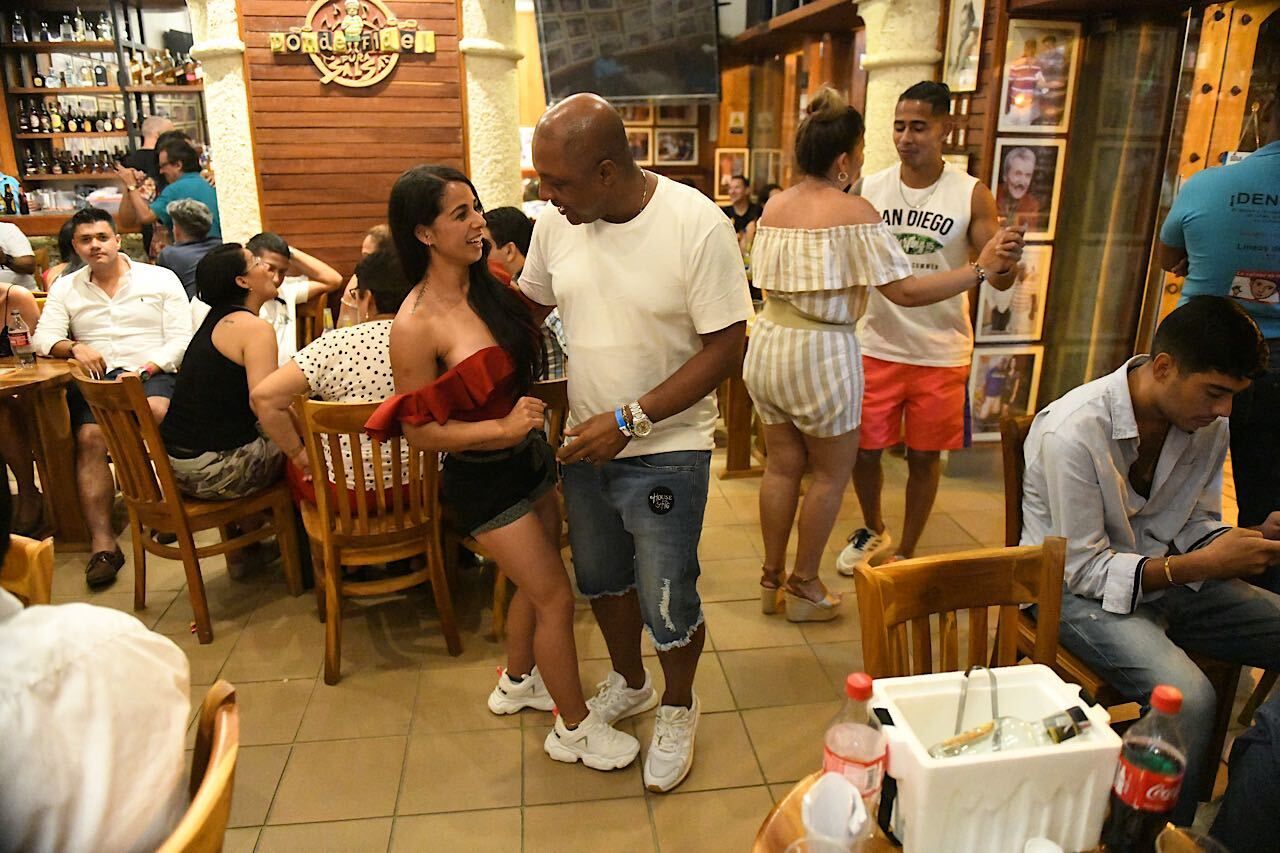 “People tell me that after being here for just an hour or so, they get this strange feeling that they have been coming here all their life.” Lotteau says. “They come by themselves, or with their partner, or friends, or family, and instantly become part of something larger.”

As the bar starts to pack with people, couples begin dancing to their favorite songs. Tourists look on while the house DJ starts racking up the selection for the night. Yellow-polo-shirt sporting servers weave between the tables and bar, keeping everyone well lubricated.

“Donde Fidel is a place where you are free, it is a temple of sorts, and it is a temple of this music called salsa that at its very roots is meant to inspire happiness and connection between people,” says Lotteau. Explaining that salsa transcends national and cultural barriers is why it is so important for him to act as an “ambassador” of it for visitors to Cartagena.

“I always say that where they listen to salsa is always a good place to be,” he says. “Why? Because salsa is a genre that is special in that it is full of good feelings. The salsa comes from a time some 70 or 80 years ago and is grounded in certain principles, these principles include respect. Respect for your fellow human, respect for the whole world.” 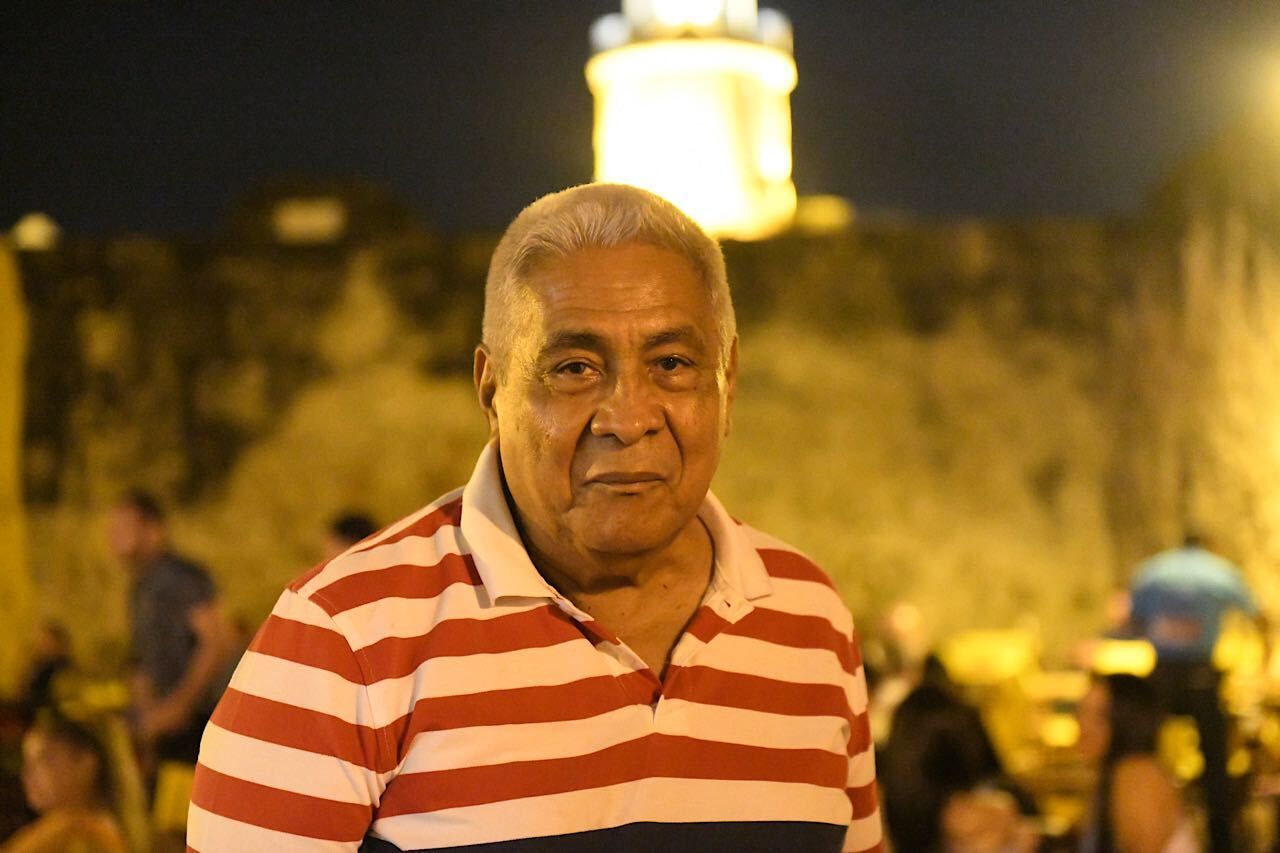 Salsa music was born in Cuba in the early 1900s and was influenced by people in Puerto Rico and immigrants in New York. The Caribbean and Latin American nations created this new sound like a kind of stew, or “salsa,” of ingredients with slightly different but similar backgrounds. Full orchestras include horns, pianos, guitars and many other Western instruments, and it’s all driven by an array of African-influenced percussion instruments like the Conga drum. It quickly took the world by storm, pumping this infectious, happiness-producing rhythm into every corner of the globe.

Colombia has always been one of the most prolific salsa producing nations, and although the city of Cali, the “World Capital of Salsa” takes things to a whole other level in terms of salsa-fanaticism, other major cities like Bogota, Medellin, and of course Cartagena are all centers of salsa in their own right. In fact, the country’s most famous salsa singer, Joe Arroyo, whose anti-racism hit “La Rebelion” still gets constant airplay in salsa bars around the world, is a native son of this UNESCO World Heritage city.

“What’s really amazing is that salsa seems to be getting more popular than ever lately,” Lotteau says. “And so this place has become a magnet for the movement.” He adds that salsa stars from all over the world like to come to his bar when they’re in town for a big concert, and often come on their night off just to hang out. He sweeps his hands toward the photo-covered walls to demonstrate his point.

“Many times they perform impromptu as they feel inspired, improvising or a cappella, and then they mix with the public,” he explains. “And it becomes a place where they too can become part of the pueblo again, even if they have 40 or 50 years as a star musician. They too like to become one with everyone else. “ 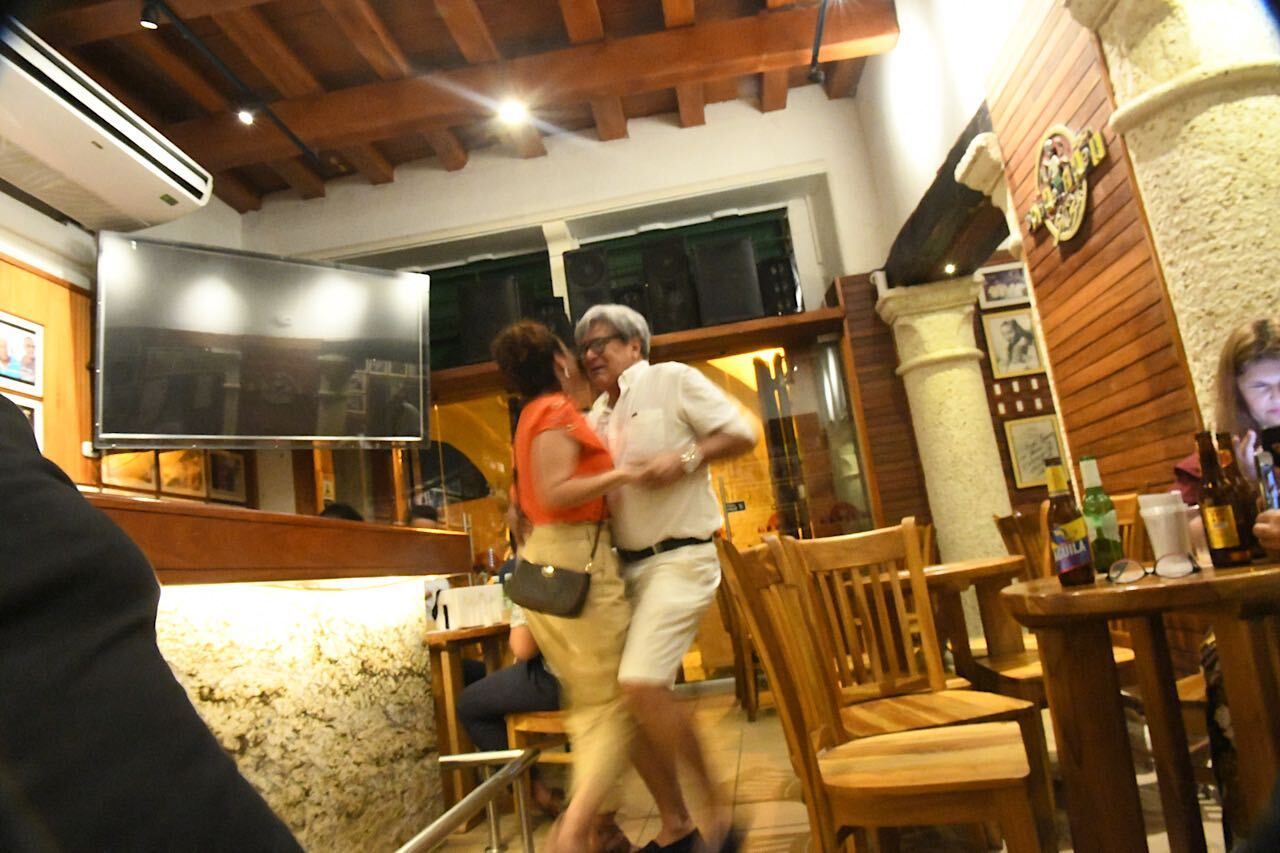 As the night wears on and the liquor wears in, some of the wallflowers — mostly international visitors — are now up and trying their stuff on the dance floor. Some kind of get it, others well, need a bit more practice. But the magic of salsa music, the sentiment that Lotteau is trying to capture and express, does seem to be this: salsa is a powerful medium for experiencing happiness, joy, and union with your fellow human being. All of that is on full display the night I visit Donde Fidel.

“And that is what gives me pleasure more than anything else,” Lotteau tells me. “To have a place where people come and have a nice time, and listen and learn about this form of music and feel they are part of it — because they are. Salsa is for everybody.”

How To: Sail the Darien Gap