The fantastical and transportative LUMA Projection Arts Festival is coming back this fall, and the show will be bigger and brighter than ever. 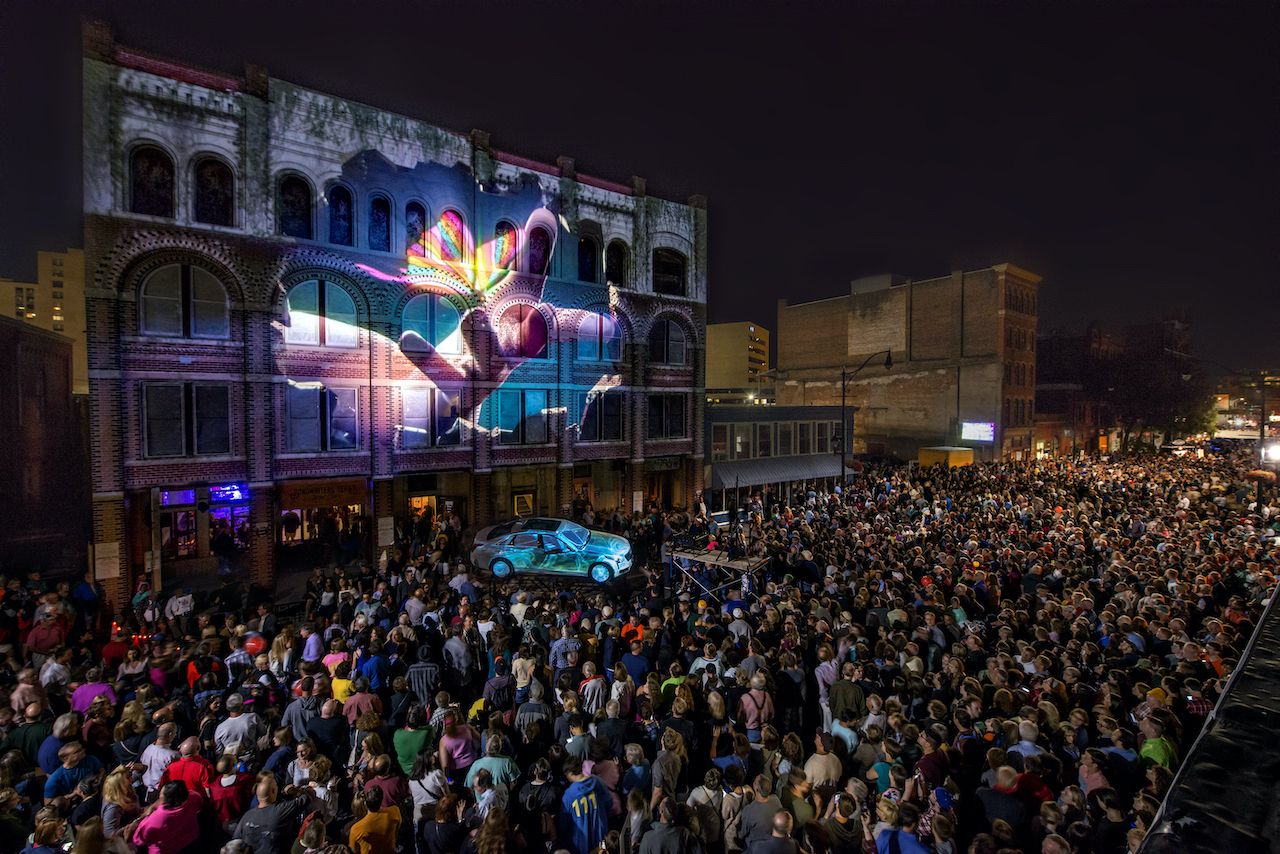 LUMA is an immersive outdoors art festival where artists project photos and videos and 3D animation on the historic buildings of Binghamton in upstate New York. 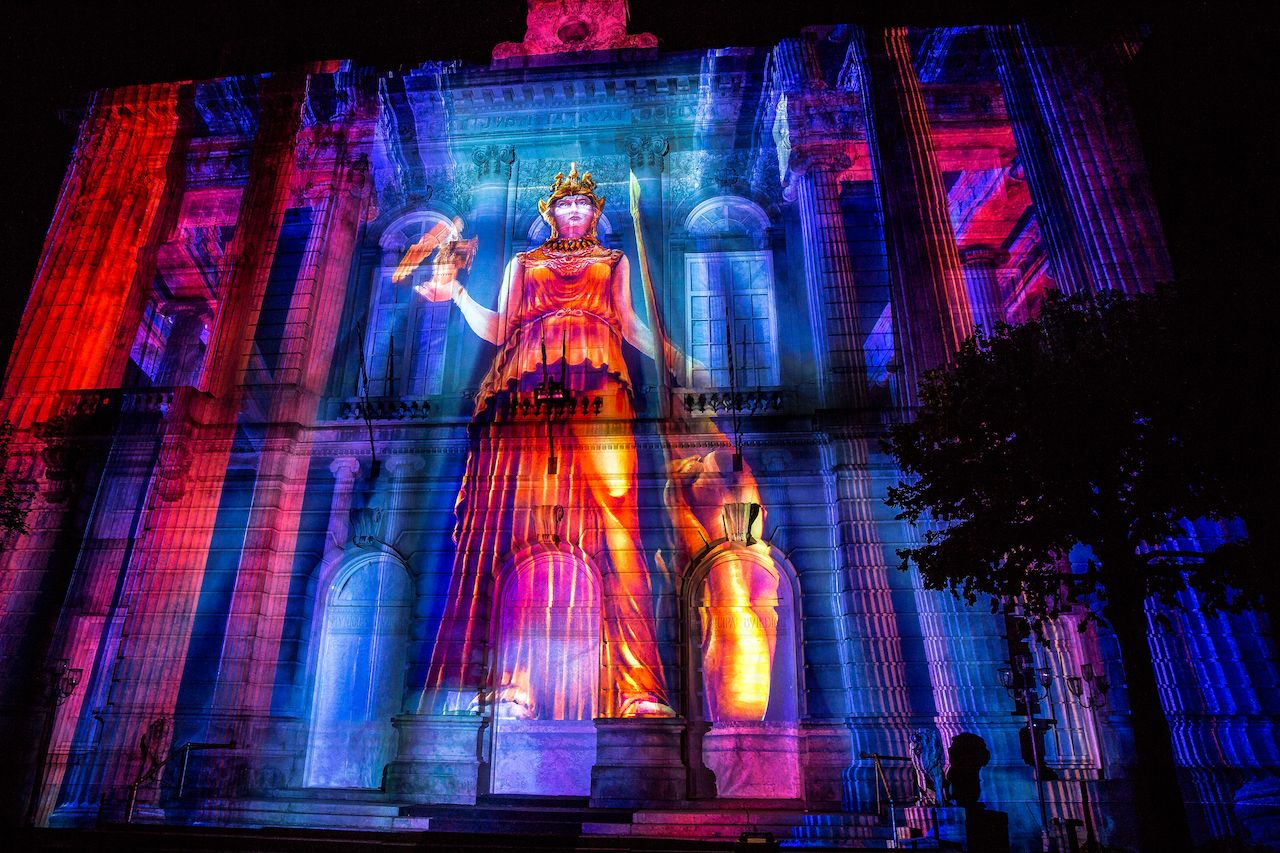 This year’s LUMA will take place on September 10 and 11, and feature artists from around the world, including Sila Sveta from Moscow; Mindscape from Bucharest; Maxin10sity from Budapest; LightHarvest from Brooklyn; and Freckled Sky/Invisible Showman from Chicago.

According to Luma’s website, there will be four performances at the festival this year:

Those attending the festival who aren’t vaccinated will have to wear a mask; those who show proof of their vaccination will be exempt from wearing one. The festival is also requiring tickets with reserved time slots to prevent overcrowding. 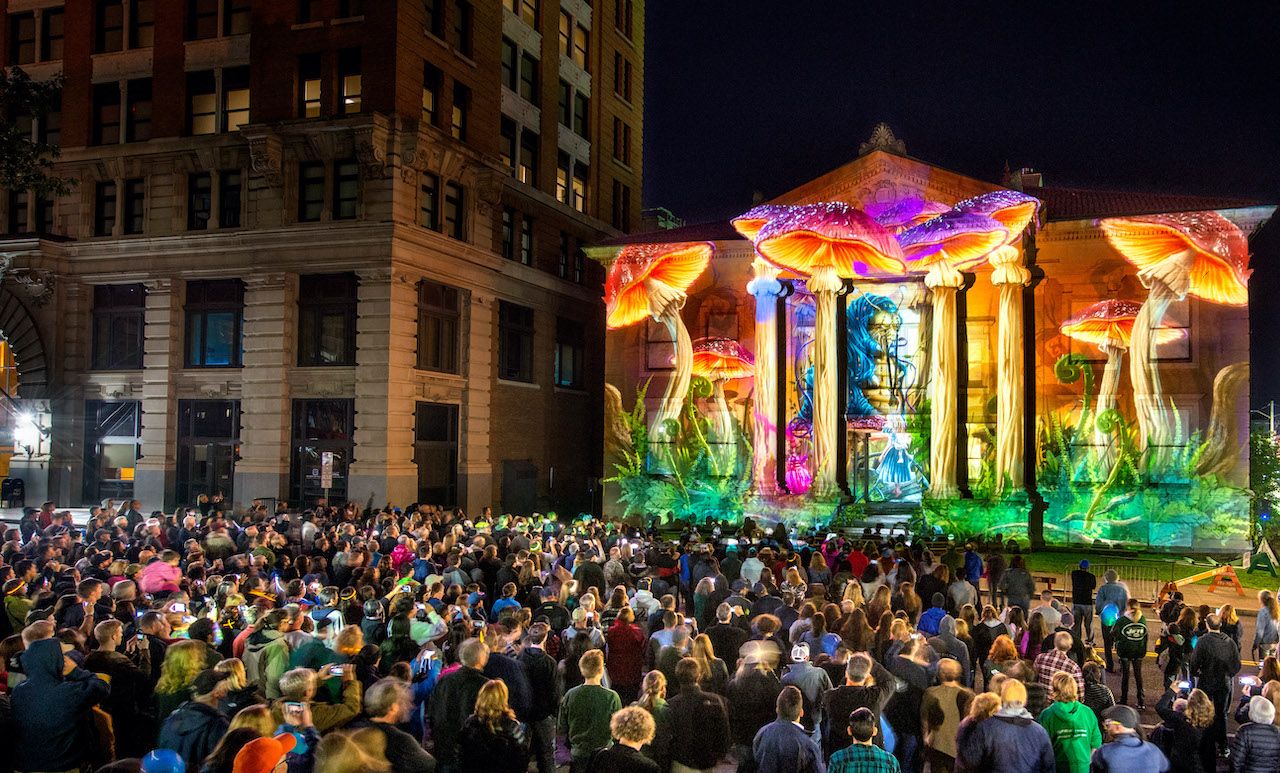 The LUMA Projection Arts Festival is free to the public, and all ages are welcome, but guests must reserve a ticket to attend. Each performance is 75 minutes and will be held at three different showing times: 8:30 PM, 9:45 PM, and 11 PM.

MuseumsHow To Make the Most of Your One Day at the MoMA in New York City
Tagged
Art + Architecture News New York, United States
What did you think of this story?
Meh
Good
Awesome