Malasaña is to Madrid what Williamsburg was to Brooklyn in the early 2000s. The neighborhood gets its name from a young heroine, Manuela Malasaña, who died fighting against French occupation in the early 1800s. Fast forward to the 1980s, when Malasaña became the epicenter of a countercultural movement that saw young and rebellious Madrileňos embracing punk and free speech — both taboos under the Franco dictatorship.

Along with a reputation for breaking cultural norms, this colorful neighborhood is known for its eclectic food scene. Malasaña is the place to go if you want to taste a wide spectrum of Spanish cuisine, from traditional tapas to fusion creations. In fact, there’s a fair case to be made that Malasaña is Madrid’s best neighborhood for people who travel to eat.

Malasaña’s tapas bars are on a different level 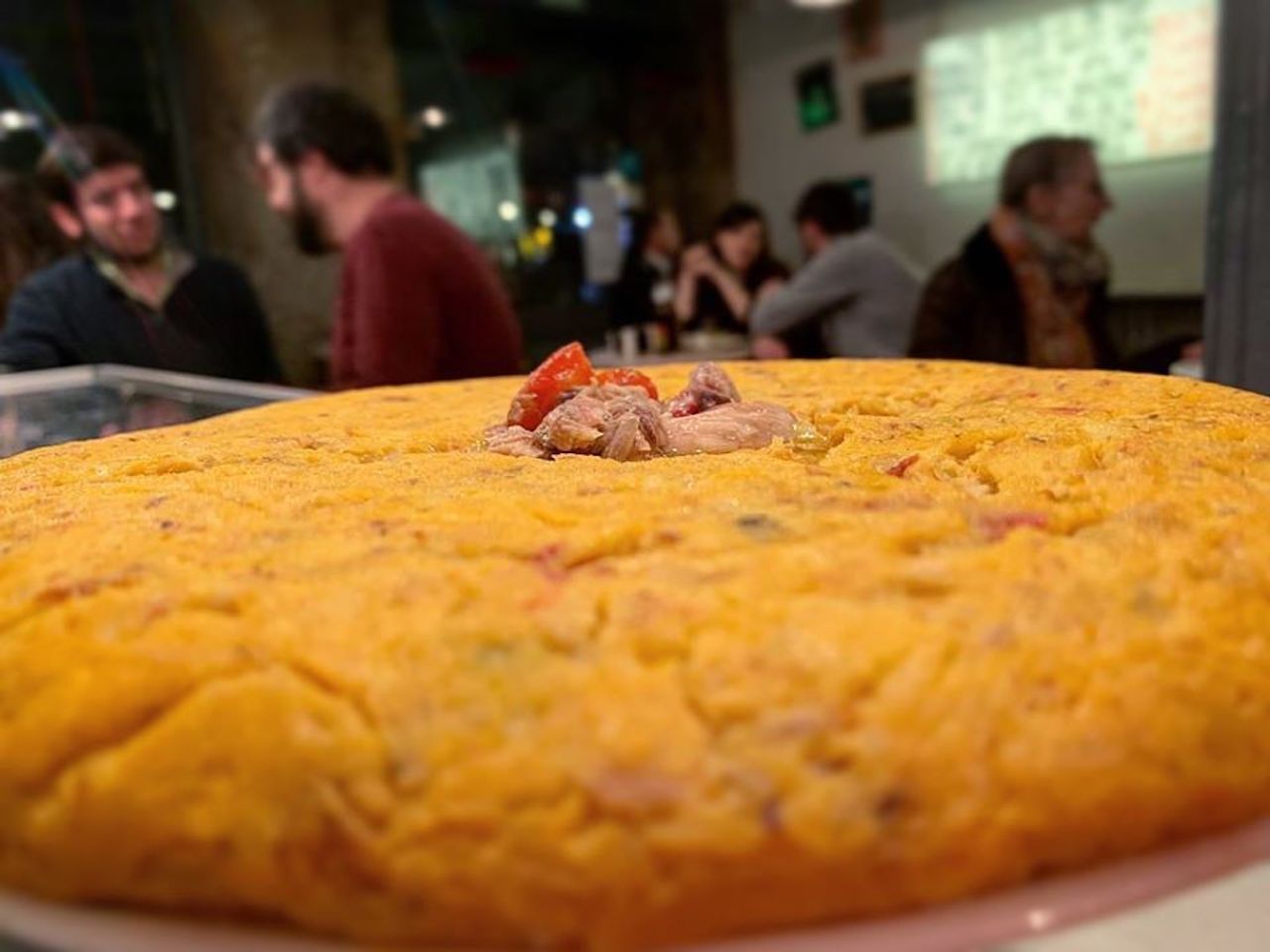 Many recommendations for tapas bars in Madrid will point you to the center of the city around the neighborhoods of Sol, Gran Via, and Plaza Mayor. The reality is that there are a lot of run-of-the-mill, touristy restaurants in the heart of Madrid. Sure, you can find great tapas bars there, and all around Madrid, but Malasaña is home to tapas bars that put the rest to shame.

Where to eat tapas: Casa Julio is arguably the best tapas bar in Madrid. A trip to Madrid isn’t complete without a visit to this small establishment on Calle de la Madera. The specialty is gourmet croquetas, which come in a variety of flavors, including blue cheese and mushroom with leeks. There’s also the traditional jamón (ham) if you’d rather play it safe. You can sample all seven signature croquetas for less than 10 euros.

You can try regional cuisines from all over Spain 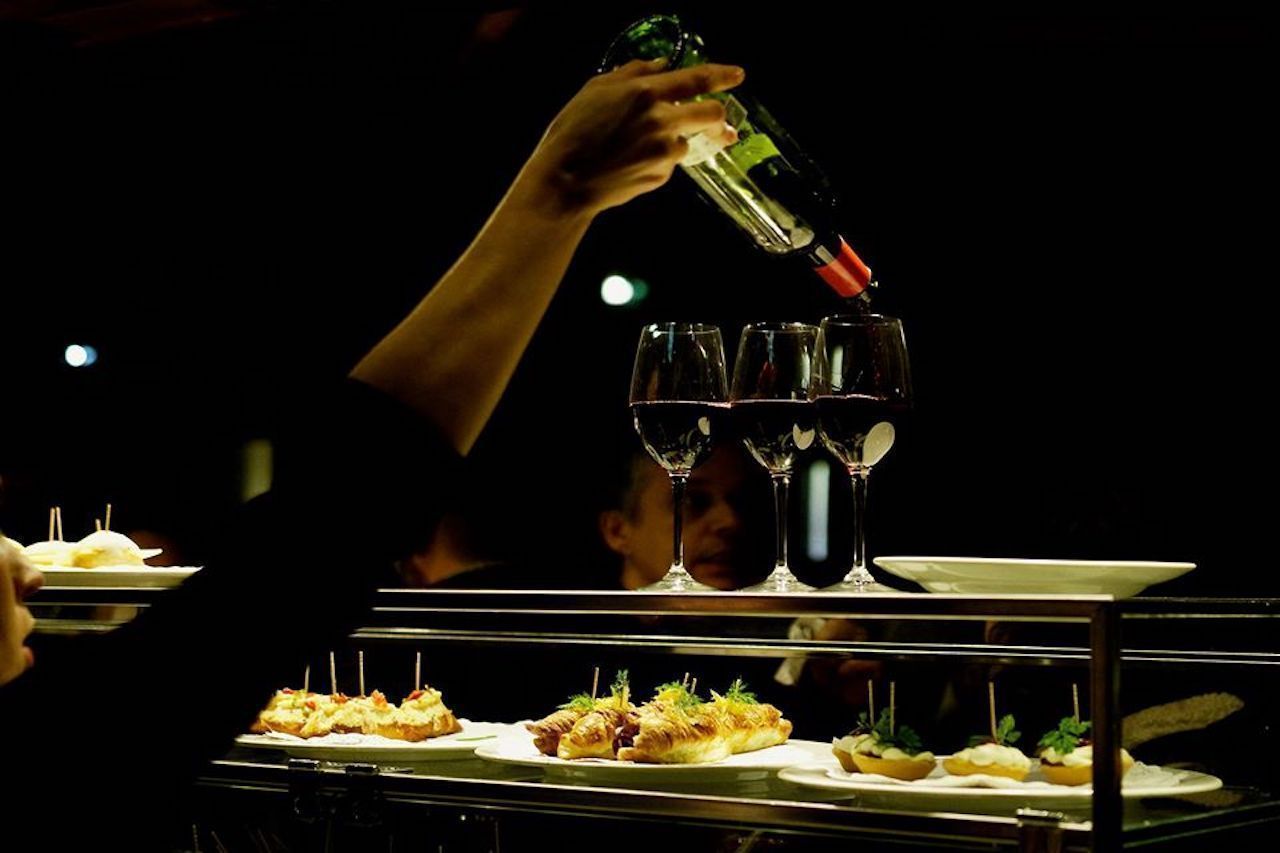 If you’re looking for Galician octopus or Basque cod but don’t plan on leaving Madrid, in Malasaña you’ll have a chance to try Spanish specialties straight from the abuelas (or at least close). While the neighborhood may be known for its experimental approach to food, you can still find classic restaurants that stay true to traditional Spanish cooking.

Where to eat: Indulge in Galician octopus, clams, and fresh fish at Los Montes de Galicia. You can also head to Ribeira do Miño for a seafood platter similar to the ones you’ll find in the capital of Galicia, Santiago de Compostela. After getting a taste of Galicia, head to Orio to try pintxos, the Basque version of tapas, and the staple Basque fish, bacalao (cod). 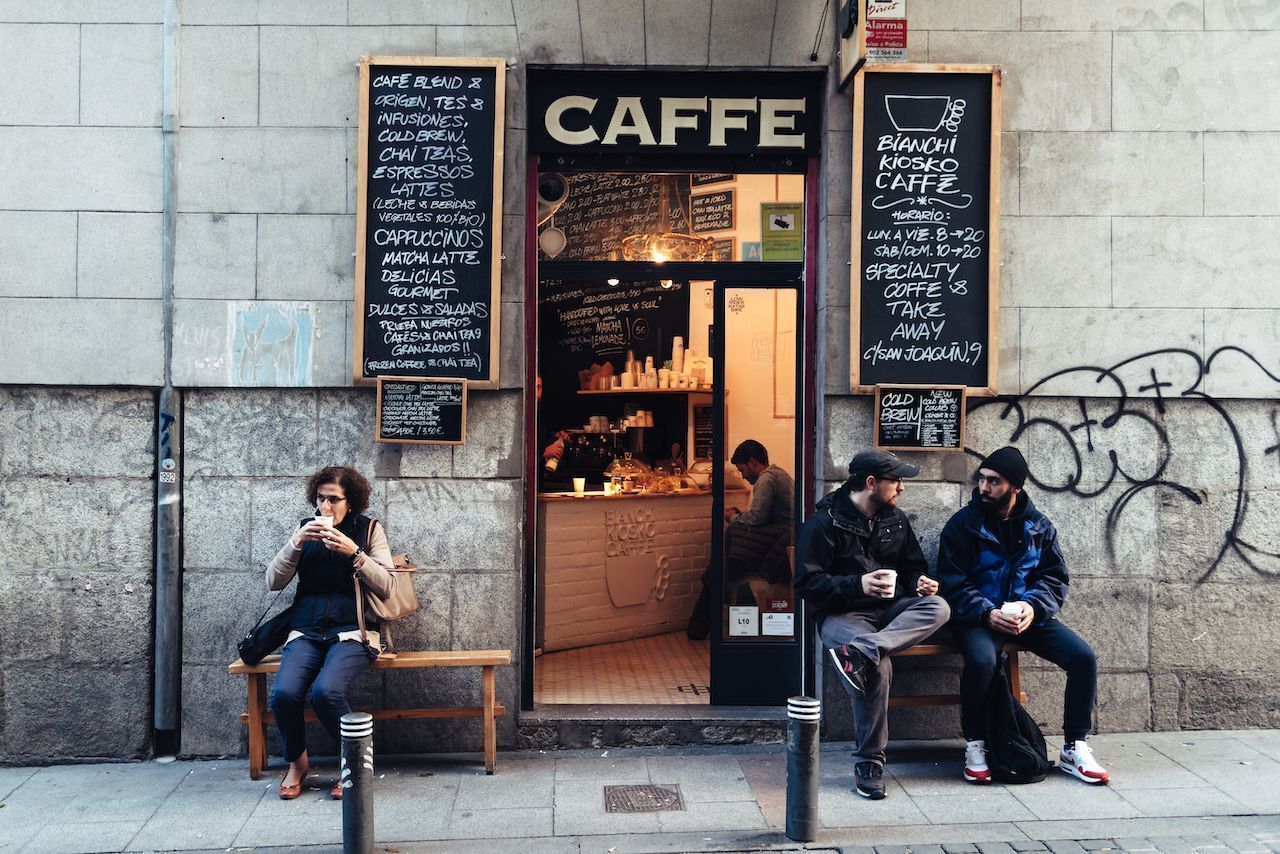 Malasaña may well be the coffee shop capital of Spain. Here, you’ll find a high concentration of coffee shops for students and millennials to work and socialize. In keeping with the alternative culture, it seems that the coffee shops are almost required to be weird. But beyond the quirkiness, these establishments serve delicious drinks and teas.

Where to drink (and eat): The sheer number of coffee shops in Malasaña makes it difficult to narrow down a few. The great thing is that most are within walking distance of each other. First, there’s La Bicicleta, which has an interior decorated with bikes. This hotspot is a coffee shop by day and a bar by night. Order a good ole café con leche with a bagel. Misión Café is great for its sandwiches and teas. Another favorite is La Colectiva Café, which has vegan and vegetarian options like tofu scramble, as well as the Spanish staple tostada con tomate (toast with tomato sauce). 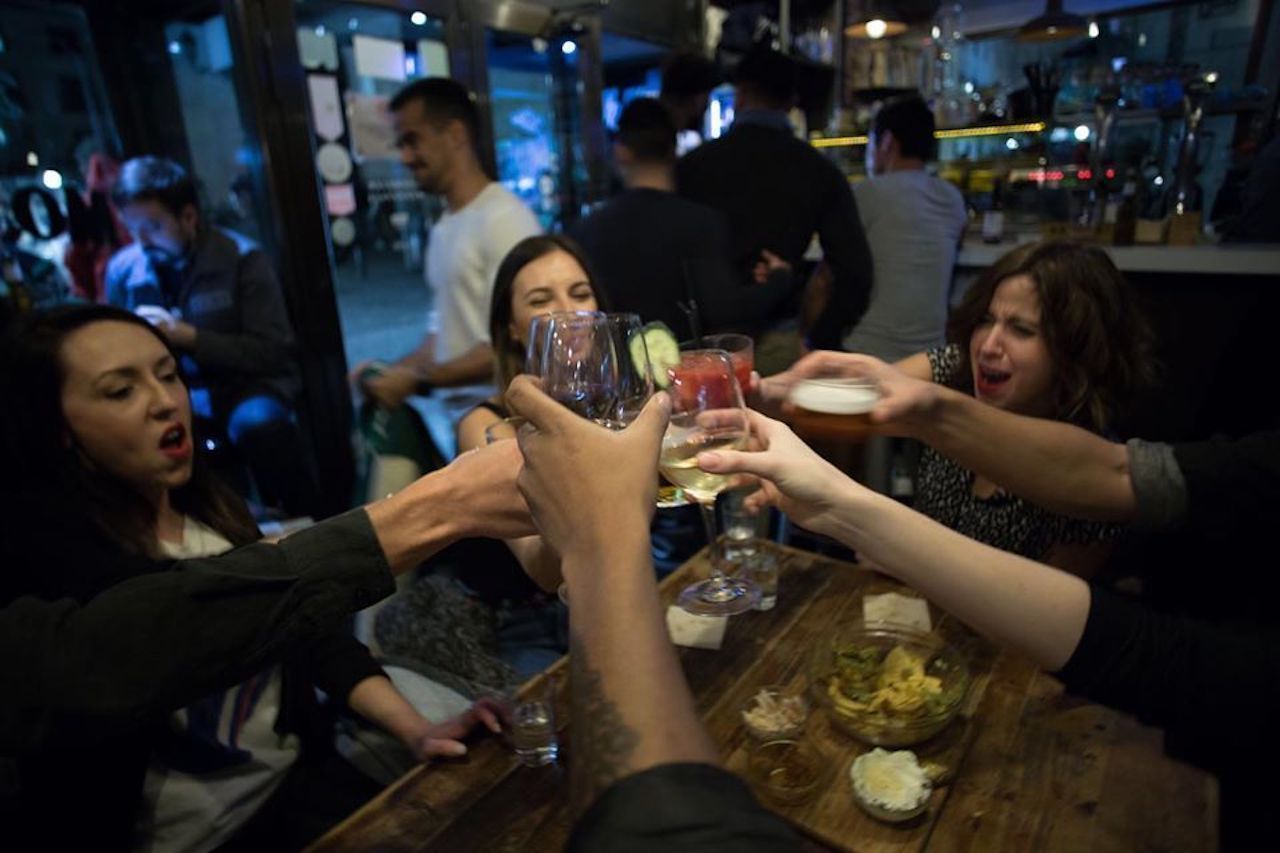 Malasaña comes alive at night when the young residents pour out into the narrow streets to go bar hopping. The area around Plaza de San Ildefonso tends to get the most traffic. Botellón, or drinking in the street before heading a bar or club, used to be a popular activity until it was officially banned in 2016. Still, the ban hasn’t stopped street vendors from selling beer to passersby.

In Malasaña, you’ll find a wide variety of bars that serve cheap beers and cocktails. But don’t worry, you won’t be fighting for space with drunk study abroad students. Thirty- and forty-somethings like to spend time in Malasaña, too.

Where to drink: Head back to La Bicicleta at night for some amazing mojitos and fruity cocktails. Bar Cabreira, just a stone’s throw away, is usually packed with locals. This hotspot is a great place to sip Galician wines and local beers. End the night at Ojalá, a tropical-themed bar and restaurant with sand on the floor. It’s this sort of detail that makes Malasaña truly different and memorable.

Food + DrinkEverything You Always Wanted To Know About Tapas but Were Afraid To Ask
Tagged
Restaurants + Bars Insider Guides Madrid, Spain
What did you think of this story?
Meh
Good
Awesome

No Trip To Madrid Is Complete Without Trying Cocido Madrileño

6 Essential Tapas Bars You Have To Try in Madrid, Spain

The 5 Best Food Markets in Madrid

Where To Eat and Drink at Madrid’s Barajas Airport

11 Awesome Things To Do in Madrid for Free