You’re probably familiar with Stonehenge, the prehistoric site in England built to align with the sun on the summer solstice, but you might not be familiar with Manhattanhenge. Unlike Stonehenge, Manhattanhenge is a complete accident. It occurs when the sunset aligns perfectly with New York City’s gridded streets; a beautiful spectacle, where on a clear day you can watch the sun sink between the city’s skyscrapers, and below the narrow horizon. 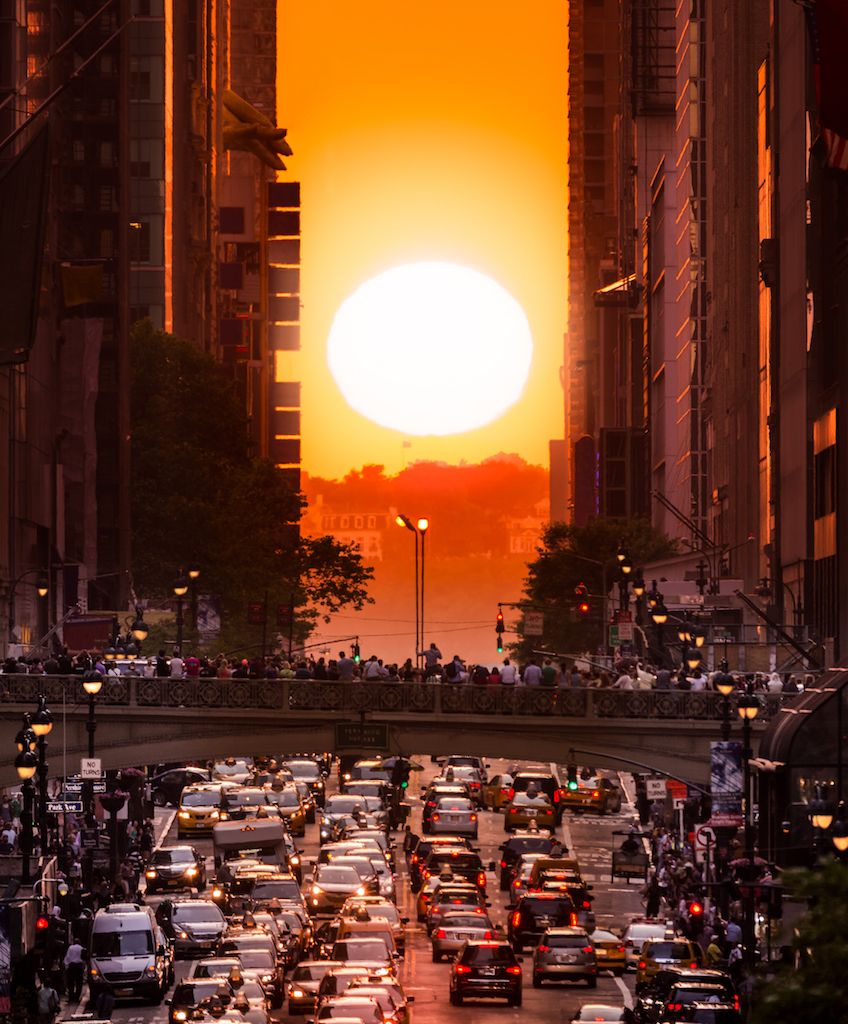 But Manhattan’s a big island, right? Of the city’s many streets and avenues, where is the best place to catch this spectacle? Because they can accommodate more foot traffic, and provide a broader view, wider streets tend to be better. Try 14th, 23rd, 34th, 42nd, or 57th streets. And try to position yourself at an elevated point, so nothing obstructs your view. Given the event’s rising popularity, make sure you stake out your spot at least thirty to forty-five minutes in advance.

If you’re determined to see Manhattanhenge in 2018, it occurs on two sets of days: May 29th-30th, and July 12th-13th. You can still catch today’s Manhattanhenge if you hurry, but don’t worry if you miss it. There’s plenty of time to scope out your spot for July.

For those who don’t live in New York City, you’re not entirely out of luck. Any city with a grid system can witness its own unique “henge”. Never to be outdone by NYC, Boston has laid claim to a similar phenomenon, called (surprisingly enough) Bostonhenge.

Galleries15 photos that prove New York is the most Instagrammable city on the planet
Tagged
News Astronomy New York, NY, United States
What did you think of this story?
Meh
Good
Awesome