Ever wanted to really impress your friends during the Olympics? Knowing the words to foreign national anthems should do the trick. Posted by Reddit user AJgloe, this map is a great start to learning them all; it gives the first line of every European country’s national anthem, translated into English. 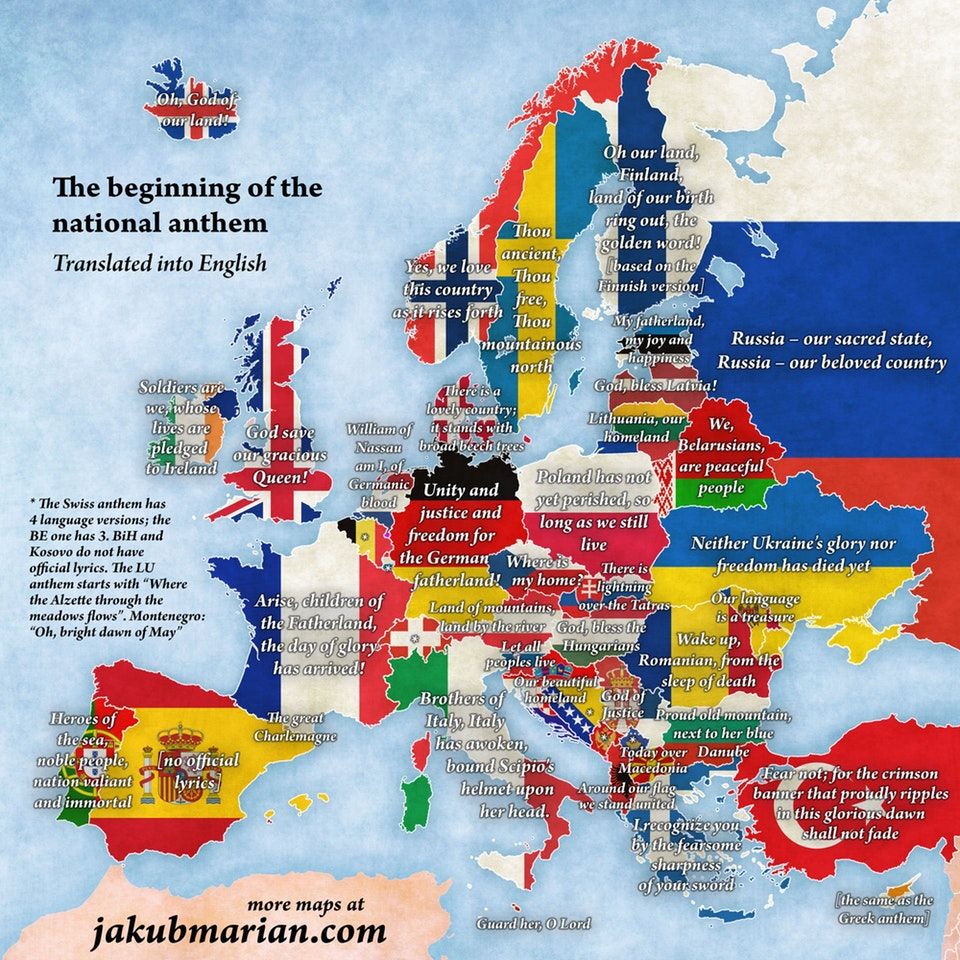 A national anthem might not tell you everything there is to know about a country, but it’s definitely a great way to learn how that country sees itself. Anthems are often vehicles for national pride, but they can also reveal a lot about a country’s history.

Some are relatively straightforward and will come as no surprise, like Great Britain’s “God save our gracious Queen!” or Germany’s “Unity and justice and freedom for the German fatherland!”. Others are heavier with hints of historic struggles. “Neither Ukraine’s glory nor freedom has died yet,” goes the Ukrainian anthem, adopted in 2003 following its independence from the Soviet Union. Similarly, the Romanian national anthem (“Wake up, Romanian, from the sleep of death”) has been historically sung after all major conflicts and officially replaced the communist-era national anthem after the 1989 Revolution.

Try having someone else read you the lyrics, while you guess which country they belong to. It’s probably harder than you think — especially with Spain, one of the only anthems in the world with no lyrics!

Budget TravelHow To Go To the Olympics for Free
Tagged
Maps + Infographics Music + Nightlife Europe
What did you think of this story?
Meh
Good
Awesome

The Centuries-Old Skógafoss Is One of Iceland's Most Powerful Waterfalls

Make This Idyllic Mountain Inn Your Gateway To the Swiss Alps