You would think that one of the most common idioms in the English language would be essentially the same across Europe. Turns out, while the concept of “killing two birds with one stone” is incredibly popular on “The Continent”, the specifics of what you use to kill which animal is surprisingly varied. Russians are big on shooting hares whereas Italians seem to have a grudge against pigeons. This map presented by Jakub Marian shows that it is often regions, not languages, that share a translation of this idiom. Can’t wait to see each region’s take on “don’t count your chickens before they’ve hatched.” 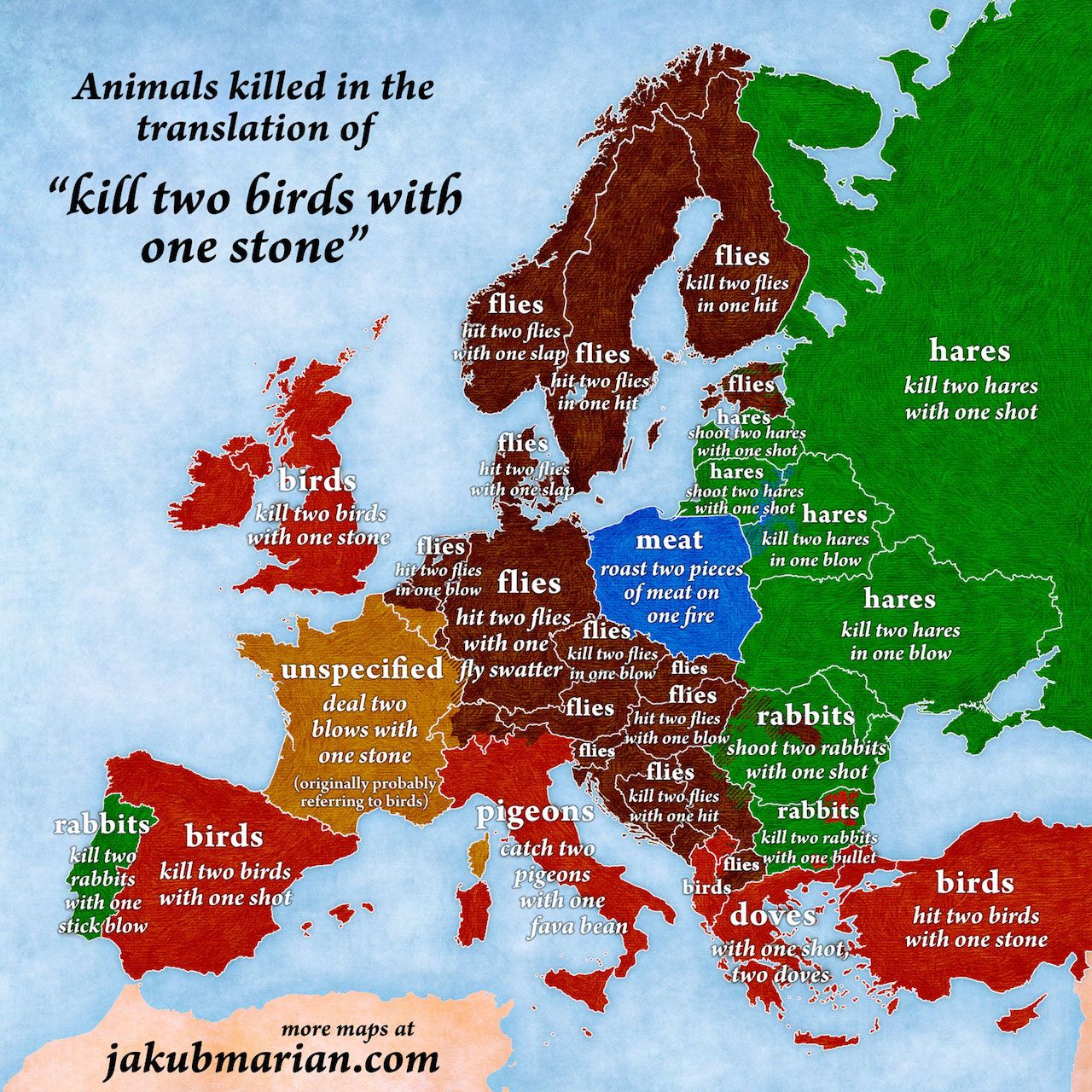 14 laws from other countries that the US should adopt
MAPPED: Everywhere to stop along the world’s longest train journey
I went on my first-ever cruise during Omicron. Here is how it went.
Airbnb wants to set you up rent-free in a designer house in Sicily for one year
I traveled to South Africa during Omicron. This is what it was like.

France’s President changed the colors of the French flag, and no one noticed