Walk along the beach in Cancun, Mexico, and eventually you’ll stumble across the best mezcal bar in the city. It’s fairly quiet (if you get there before the DJ sets start later in the evening), with comfortable cushions strewn about and wooden chairs and tables placed directly on the beach sand. It’s a place the managers say attracts both tourists and locals alike, where the food makes use of Yucatán ingredients and the drinks program is custom-built to offer something you can’t find anywhere else in this part of Mexico.

Surprisingly enough, it’s not a small business or the kind of millennial-run restaurant where you might expect to find a forward-thinking cocktail program. It’s SacBé Beach Shack, one of several restaurants at the Marriott Cancun Resort. And, as improbable as it may seem, it’s the best place to drink mezcal in all of Cancun.

The world famous party destination, which lies on the Yucatán Peninsula just south of where the Gulf of Mexico joins the glittering Caribbean Sea, isn’t exactly known for its restraint. That’s particularly true of the Zona Hotelera (the Hotel Zone), a thin ribbon of an island that lies just off the coast.

While Cancun’s mainland downtown area, El Centro, is where locals live, the Hotel Zone is where you’ll find Cancun’s all-inclusive resorts, thumping nightclubs, and extravagant international restaurants. It’s where you’ll end up if you’re in the market for a vacation that requires minimal effort to plan on your part, where the drinks at the swim-up bar flow like water and you don’t have to worry about where to eat. That doesn’t necessarily mean it’s all large brands and standard drinks — at least not in the case of SacBé. 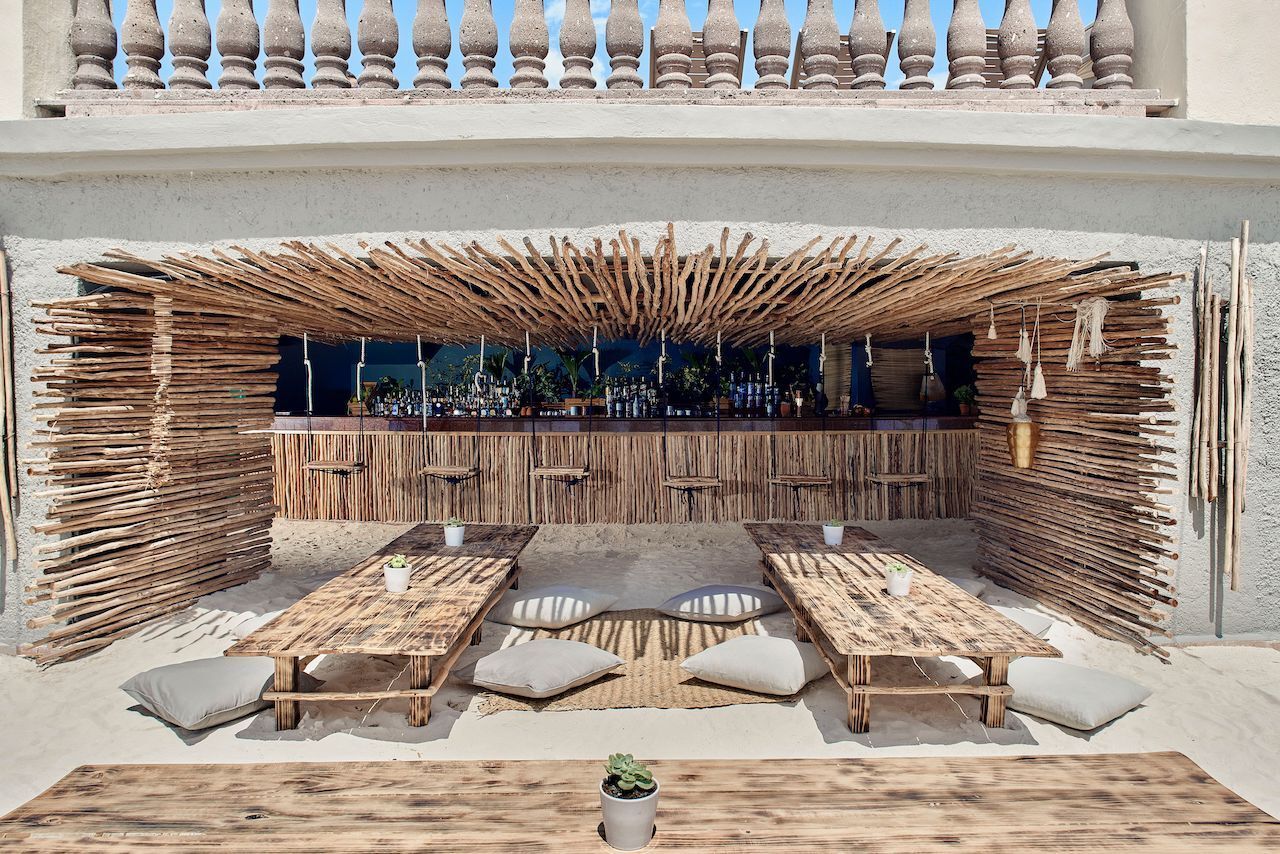 Manuel Benavente, the consultant and mezcalier supplying SacBé’s spirits list, finds it puzzling Marriott is the only resort in the area that has taken the time to thoughtfully develop a mezcal program. Benavente says that mezcal isn’t hard to find in Cancun, it’s just that what’s on offer tends to be corporate and uniform.

Benavente is referring to a phenomenon well-known in the tequila world, which also plays out in mezcal: a mezcalero (the people who distill mezcal) might sell the exact same spirit to multiple brands, who then resell it as distinct products with different labels and price points. The end result is that mezcal lists at hotels, resorts, and restaurants often aren’t reflective of the true breadth and variety of what the category has to offer.

“As a hotel, if I was the owner I definitely wouldn’t invest my money in the same product in different boxes,” Benavente says. 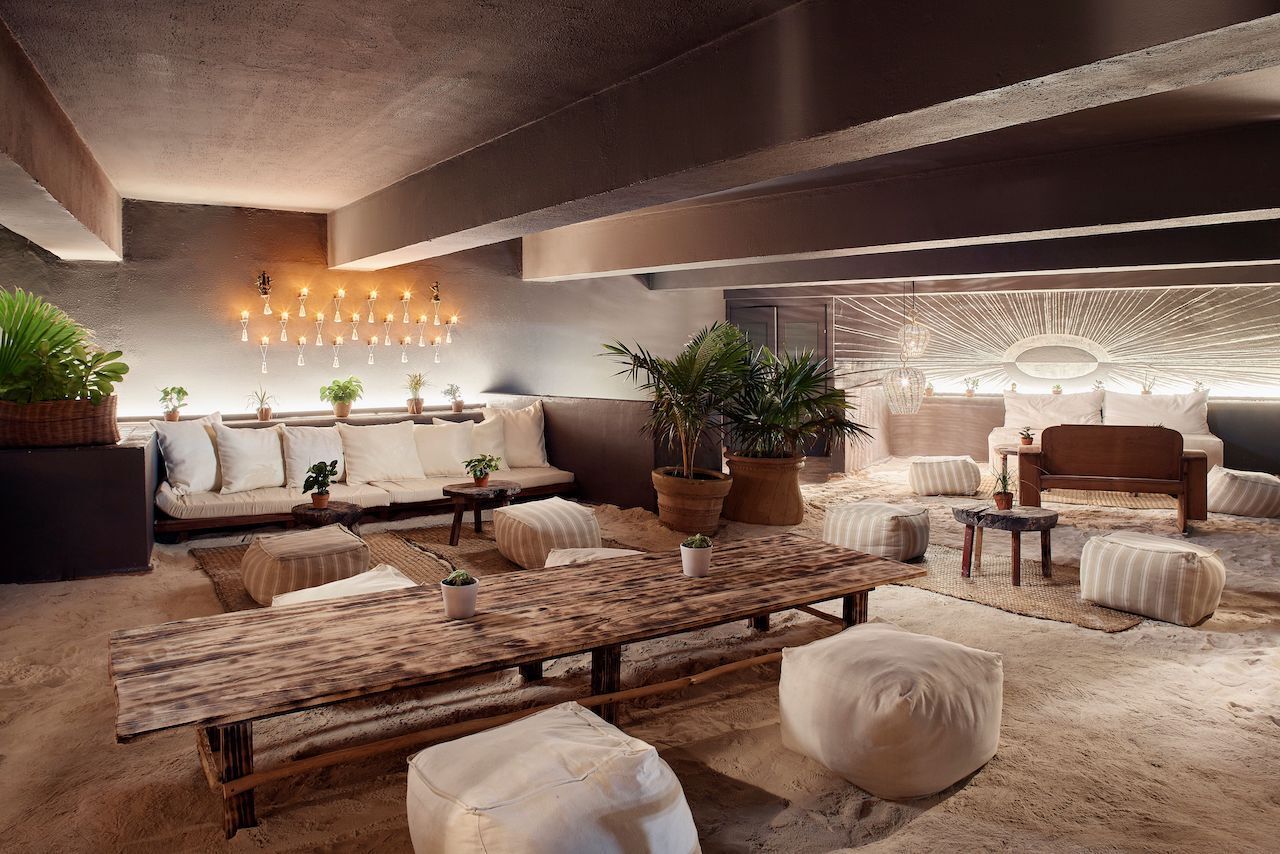 Benavente’s program is far more dialed in. His mezcals, which include both spirits sourced directly from palenques (mezcal distilleries) and his own eponymous house brand, are distinct and small batch — qualities he says you won’t find anywhere else in Cancun. One of the mezcals he supplies, called Huajuco, is from the state of Tamaulipas, an area which he says is home to very few palenques thanks to the impact of drug trafficking. According to Benavente, Huajuco’s aroma is like that of old dairy, smoke, and wet earth, with the taste of pineapple, guava, and lemongrass, and a lingering aftertaste of chamomile and honey. If you want to try Huajuco in Cancun, you’ll have to go to SacBé.

Another of SacBé’s spirits is Toro Muerto, from the state of Guerrero. Toro Muerto derives its distinct flavor in part from being fermented in a wooden tub. The end result is a mezcal with the aroma of caramel, smoke, and ripe banana; and the taste of pineapple, blackberry, and sugarcane. The brand, Benavente says via email, recently had its clay distilling pots destroyed by narcos.

The goal of SacBé’s drinks program isn’t simply to provide mezcals that you can’t find anywhere else, though. It’s also to draw in locals, and to have a connection to the community that other resorts lack.

Dominic Esposito, the director of food and beverage for Marriott Cancun Resort (and it’s adjoining sister property, JW Marriott Cancun Resort and Spa) says that “the way that we rate success is how much of the local population visits our restaurants.” This is an essential metric: capturing local business doesn’t just mean that Marriott’s marketing is working, it also signals that the restaurant is offering something distinctive enough to draw in people who aren’t staying at the resort. Having a developed mezcal program that stands out is one way to make that happen.

SacBé is, by design, easy to access, and it lies outside of the gated Marriott complex. While you can park on the property and visit without being a checked-in guest, you don’t need to enter the property: just walk south from the public parking lot at Playa Ballenas until you come across it and you can get a table, no questions asked. 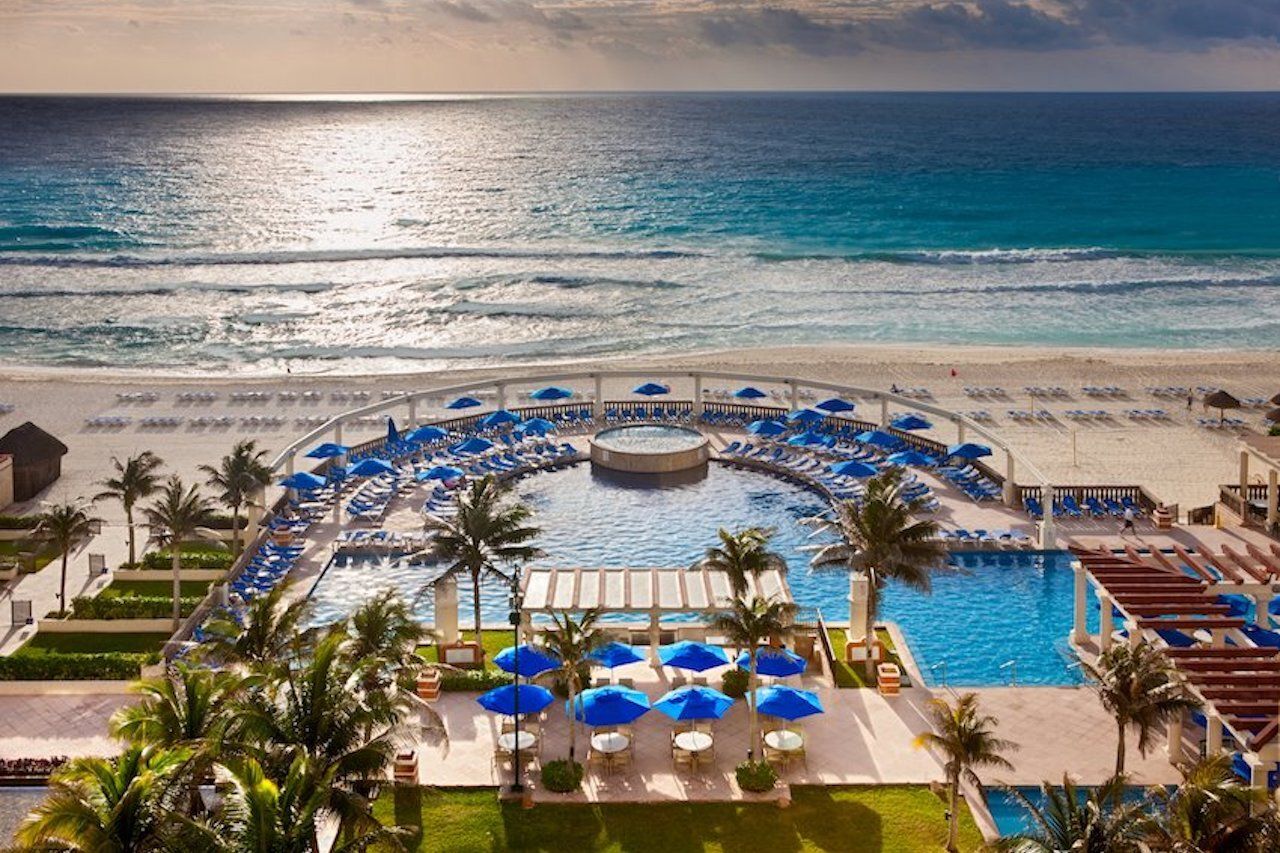 Both Benavente and Esposito say that the artisan-focused mezcal program at the hotel also has benefits for the mezcaleros supplying them. The placement at the hotel helps the brands gain exposure, and as the program ramps up there’s potential for the hotel to purchase larger and larger volumes of spirits, thereby helping to create a more stable revenue stream for the mezcaleros.

The issue of economic stability in mezcal isn’t a minor one. In his book Understanding Mezcal, author and agave expert James Schroeder writes that the “rural and underserved communities in which mezcal is often produced are insulated from receiving a fair share of the profit generated due to a pervasive subsistence mindset and a cultural-economic disconnect.”

The issue Schroeder outlines is especially relevant when a mezcalero is selling their spirit to a brand instead of marketing and selling it themselves. In those cases, Schroeder explains, producers can make as little as $4 from a bottle that sells for $50 at retail.

Benavente’s system of supply and distribution helps extend a little more profit to the Mexican families who make mezcal, which at this moment is particularly needed thanks to the impact of the pandemic. “I know some of my producers are a little bit desperate,” he says, adding that they’re not selling the volume of spirit they want to be. Having their products carried by somewhere like Marriott provides some stability — particularly if the resort decides to increase the volume of spirits it has on hand.

The SacBé mezcal program is a win for everyone. The mezcaleros have a new, high traffic home for their mezcals and Benavente gets to partner with a business interested in some of his more artisan products. And, surprisingly enough, visitors to the Marriott Cancun Resort get access to the most distinct mezcal list in all of Cancun.