Something quite magical happens when you step into a Mexico City bar and order pulque. The drink is regionally distinct, and, due to its short shelf life, it’s rarely sold outside of Mexico. Pulque is made from fermenting the sap of multiple varieties of agave (the same plant used to make mezcal and tequila), and it has a long history dating back thousands of years to when it was believed to be a gift from the gods. Today, it’s having something of a resurgence.

Pulque is believed to have been first made between 300 and 550 CE by spontaneous fermentation of the agave sap, called aguamiel (not all that different than how it’s created today), though the creation and earliest consumption of pulque is shrouded in mythology. The Aztecs linked the milky and viscous drink to the gods Quetzalcoatl and Mayahuel, the latter being the goddess of maguey. According to legend, when Mayahuel’s grandmother struck her down for running off with Quetzalcoatl, her body was buried in Mexico and the maguey plant sprouted from her remains.

This religious drink was primarily reserved for ceremonial purposes and to heal illnesses. When Spanish colonists arrived in the 16th century, they forced Christianity and tried to outlaw pulque because of its association with other religions. Secular pulque production and consumption continued until after the Mexican Revolution. In the late 1800s and early 1900s, foreign breweries opened in Mexico and beer became the low-alcohol drink of choice in the country — especially in major cities.

It wasn’t until the early 2000s that pulquerías once again started to grow in popularity, and it’s safe to say that the once-sacred pulque has adapted to the 21st century. Today, you’ll find standard pulque along with curado pulque, which is made with flavors like guava, mango, oatmeal, celery, apples, and even oyster. It’s a drink for early in the afternoon (or even the morning, as many pulquerías open bright and early) with an alcohol content typically between 2 and 7 percent. In multiple pulquerías across Mexico City, you’ll find a mix of older Mexicans and a vibrant influx of younger drinkers embracing the history and culture of this traditional beverage.

Despite the simplicity of this ancient drink, it’s still enjoyed by Mexicans and foreigners alike. You can even add mezcal to it if you’re feeling daring. But no matter the flavor, every sip takes you back through centuries of Mexican culture. Pulque is just one of those drinks that demands reverence and an appreciation for its journey to the 21st century. These are the pulquerías in Mexico City to try the once-sacred drink for yourself. 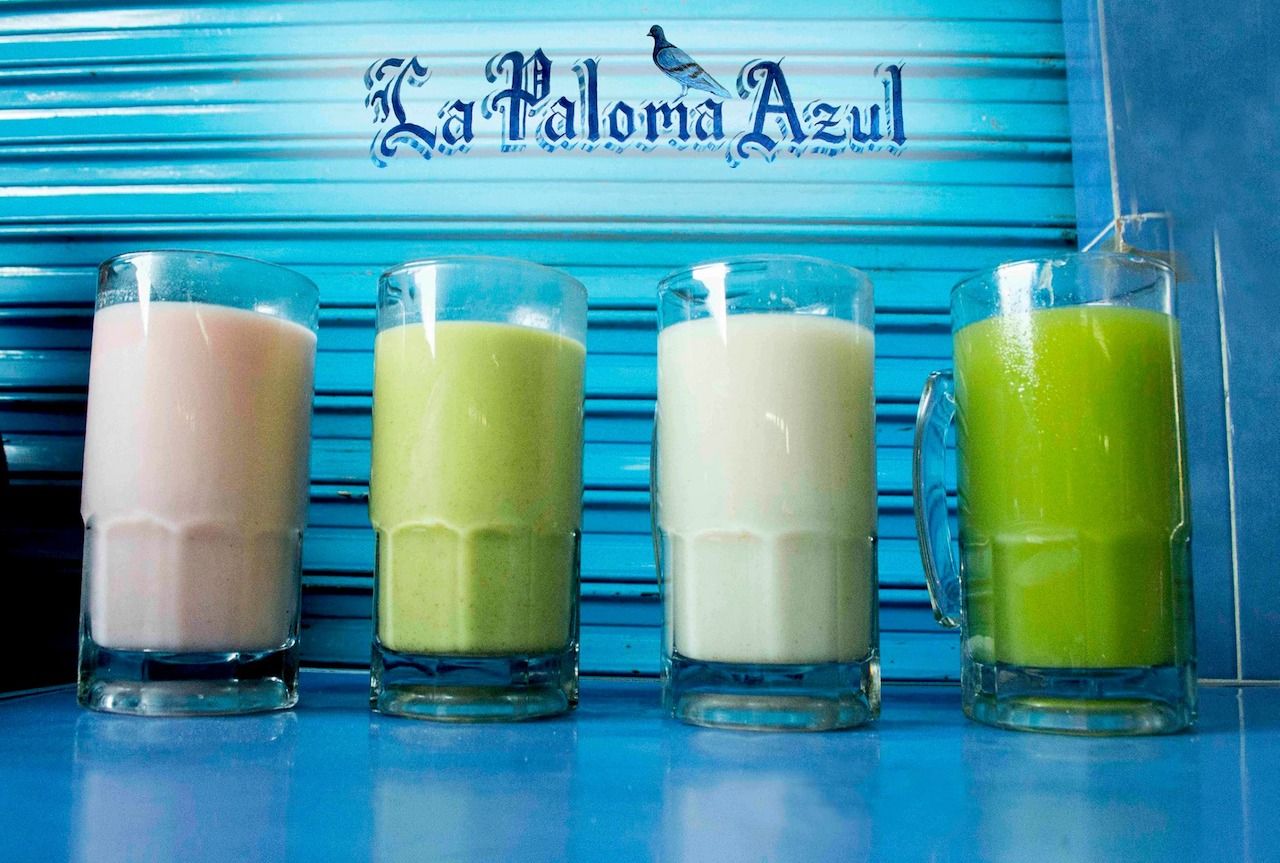 One of the few pulquerías that have thrived despite all the changes in Mexico City while serving up authentic pulque and traditional Mexican fare to long-time customers. Pulquería La Paloma Azul opens at 9:00 AM and soon after that, you’ll find a blend of expats and tourists enjoying the flavored pulque on the menu. Flavors include pineapple, pine nut, mango, fig, and other colorful options. Snacks like tamales and tacos are available as well. It stays open until 9:00 PM for anyone looking to drink pulque through the late afternoon. 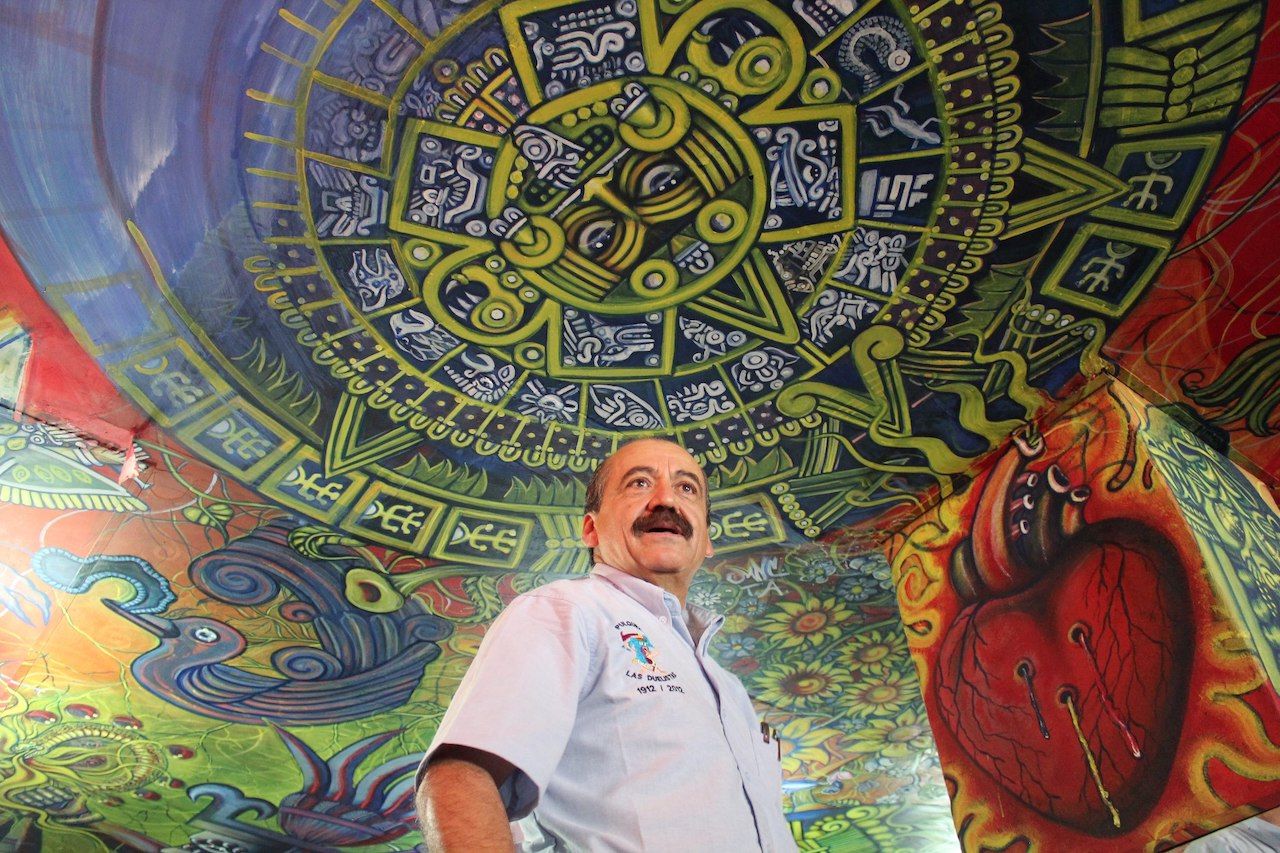 Las Duelistas is one of the most beloved pulquerías in the downtown area. Paintings of pre-Hispanic culture cover the walls, and a largely local crowd has kept this place open since 1912. There are around 40 flavors to choose from in addition to the classic straight pulque. Many of the tables are communal, and locals love to engage with tourists so don’t be afraid to start a conversation. 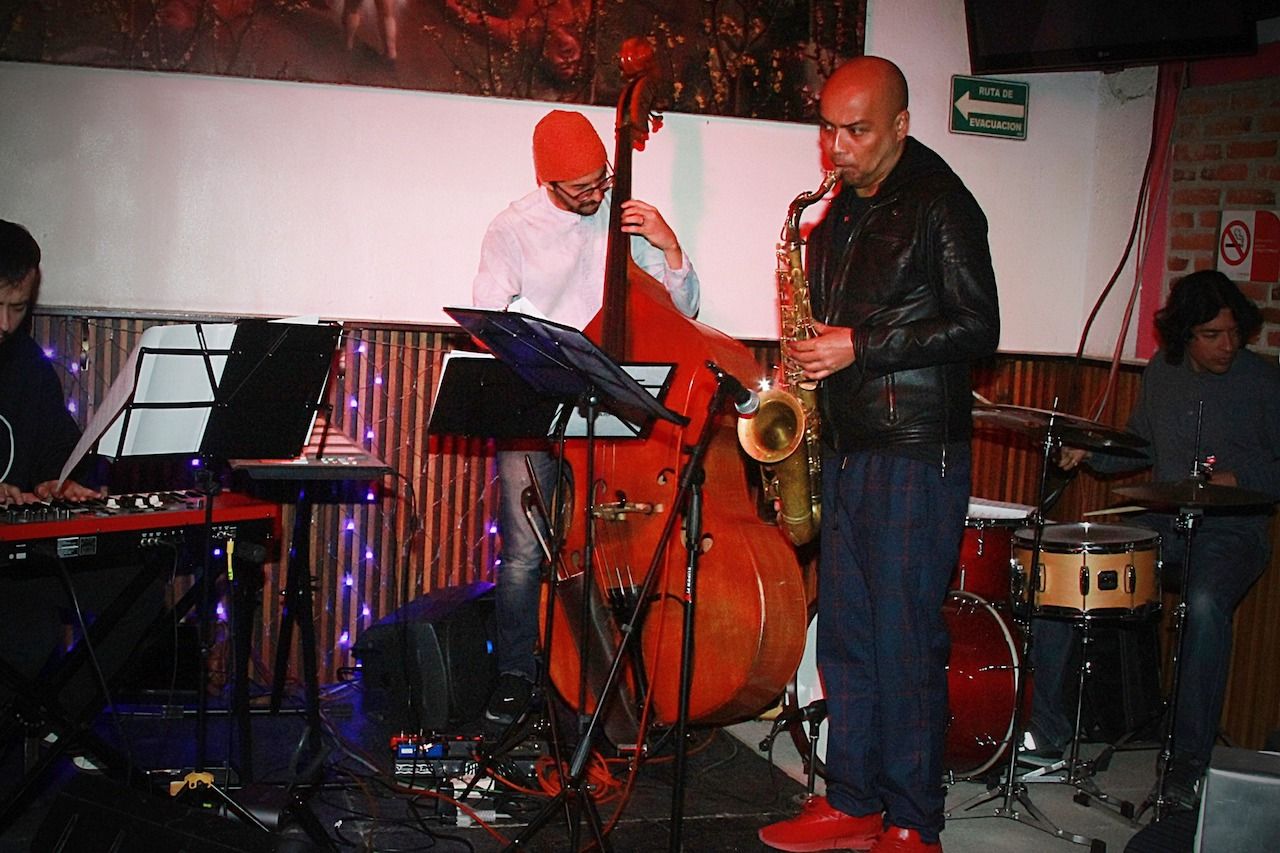 This is one of the more popular tourist hot spots in the Roma Norte neighborhood. Each floor of this pulquería leads you through a maze of murals and music, from jazz to salsa to reggaeton. It’s exciting to just walk through this cacophony, let alone sip on some pulque while doing so. When you arrive at your table on the rooftop, order the cured pulque and get the salt for an extra kick. Pulque’s more popular cousin, mezcal, is also on the menu. At Pulquería de Los Insurgentes, you may also stumble into a salsa session or a pop-up flea market depending on the day you visit.

9 of the best Mezcal bars in Mexico City
Tagged
Restaurants + Bars Trip Planning Mexico
What did you think of this story?
Meh
Good
Awesome