High hotel minibar prices don’t surprise anyone anymore. Who among us has the energy to get worked up over $8 Cokes and $16 mini bottles of Johnnie Walker Black every hotel stay? Over the past half century, the minibar has gone from trendy new addition to regular hotel amenity to that box in the corner that’ll automatically charge you if you move the juice from its sensor pad.

After years of minibar neglect, it feels like the time for the minibar is over. Travelers of the future will have to put on pants and leave their room for a late night snack or drink. But in the face of criticism that the minibar is a relic, some hotels are reclaiming it. In fact, there’s a strong argument to be made that there’s never been a better time to be a minibar fan than right now, because the top hotels in the world are making the minibar relevant again.

One of the hotels doing so is Boca Resort in Boca Raton, Florida. People who stay at the property’s Yacht Club suites can choose what they want in their minibar before they arrive, whether that be juices from Whole Foods or craft beer from local breweries.

“This is an exciting opportunity to take something that people may have perceived in the past as dying or antiquated and have fun with it,” John Tolbert, the president and managing director of Boca Resort, told Matador Network. Guests can make their choices on an app or simply text what they want to see when they get back into their room, and the hotel staff makes it happen.

But the minibar didn’t start as a bastion of free choice.

How the minibar became a modern staple 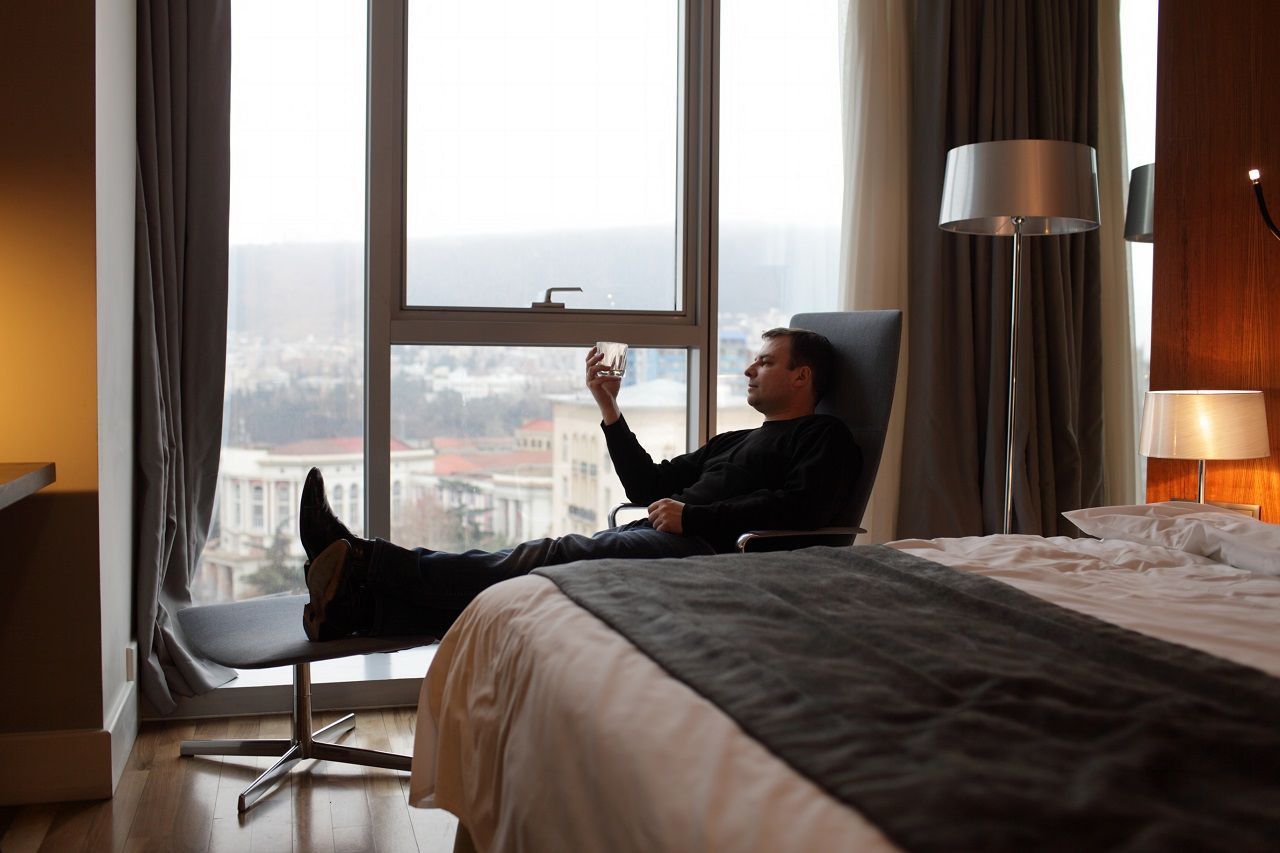 The minibar was invented in the 1960s by Siegas, a German company. The Madison Hotel in Washington, DC, opened in the ‘60s as well, and developer Marshall Coyne had the goal of making it the top hotel in the nation’s capital. One of the ways he did so was by tapping into the convenience of having a minibar full of snacks and drinks already in every room.

America’s complicated relationship with alcohol meant that minibars didn’t immediately stock beer and liquor, however. State Alcoholic Beverage Control (ABC) agencies studied how self-serve alcohol fit into all of the Prohibition-era laws still in place. One of the plans in New Jersey was to have a master control switch on each minibar that could turn off service as soon as it passed the legal hour to sell alcohol in the state. Authorities eventually overcame their fears of people making their own drinking decisions, though.

In 1974, the minibar made its worldwide debut when the Hong Kong Hilton added a minibar with liquor into each of its 840 rooms. According to The Atlantic, drink sales increased by 500 percent and added 5 percent to the hotel’s total income before taxes and expenses were factored in. In minibars, as in life, follow the money and you’ll see where the trend goes. Major chains around the world installed minibars through the ‘70s and ‘80s, cementing its place as a common amenity.

The minibars of yore weren’t just for lonely travelers afraid to leave the room. A minibar also played a role in ending the Cold War. During the 1987 Washington Summit, Mikhail Gorbachev stayed at the Madison Hotel (yes, the same hotel that first installed a minibar) and had a time with his minibar. Colin Powell writes in his book My American Journey that the Soviets logged $1,400 in minibar alcohol charges in one night. That’s the equivalent of around $3,125 today.

Those Wild West days were the first peak for the hotel minibar. Anyone who traveled in the ‘90s could count on a minibar stocked with questionably priced items no matter where they were. But as with all trends, once the minibar became commonplace, it started to lose its cool.

The long, slow decline of the hotel minibar 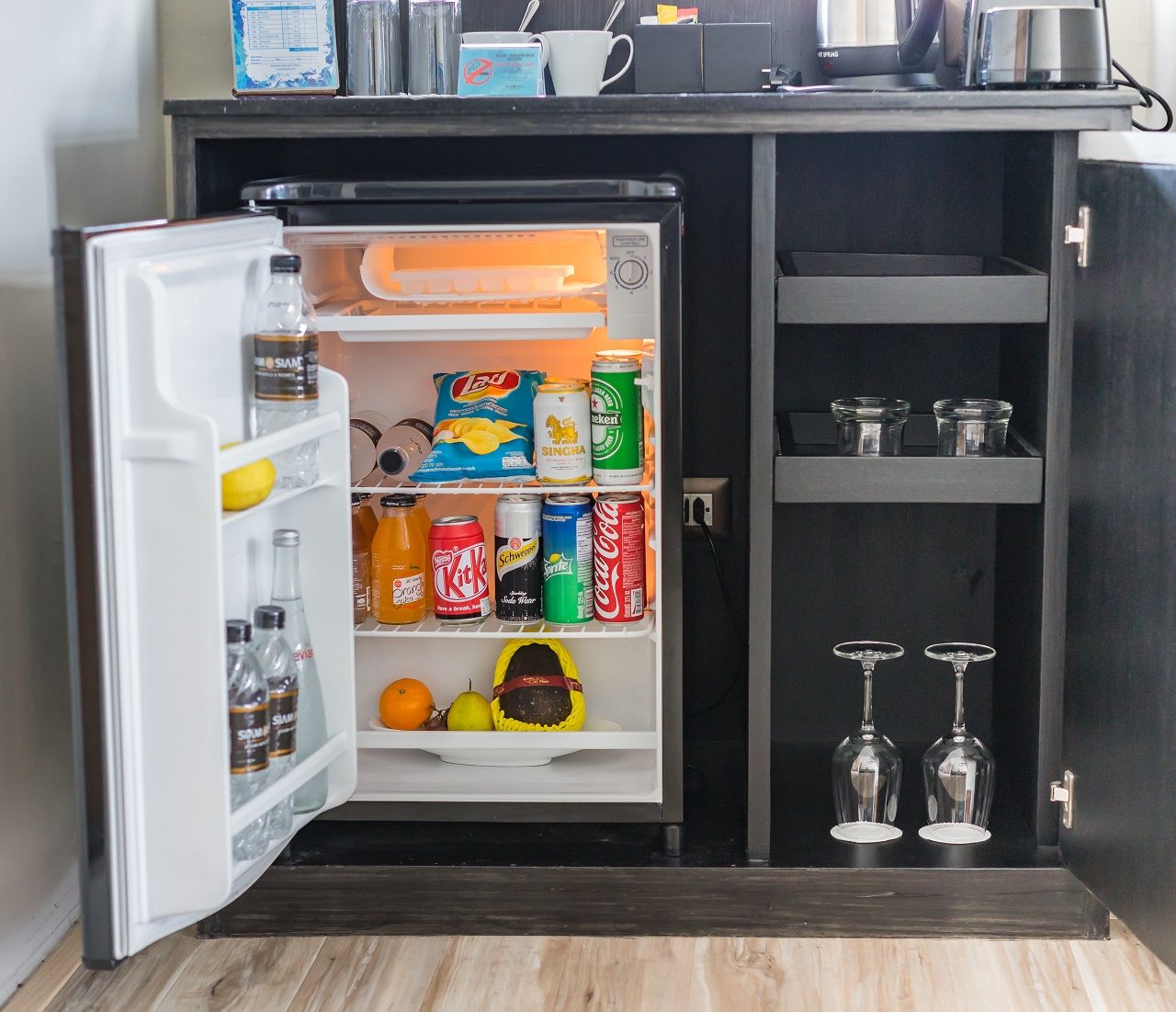 From 2007 to 2012, minibar sales dropped 28 percent. Major hotel chains like Marriott, Hilton, and Hyatt followed the money into minibars, and they followed the money out as well. They were phased out of newer hotel designs or simply left empty so that travelers could stock it with their own purchases from the liquor store across the street. Some boutique hotels tried to stymie the minibar losses by adding non-consumable items like sex kits, but all you have to do is visit a hotel to see how well that caught on. By 2014, respondents to a TripAdvisor poll ranked the minibar as the least important hotel amenity.

Hotels are generally fine with ditching something that doesn’t make money. An industry report in 2017 found that minibars make up just 0.4 percent of total food and beverage service revenue. The labor cuts into the cost, as does the labor of people complaining that they shouldn’t have to pay $9 just because they accidentally bumped the juice bottle off its charge sensor (one hotel estimates as much as 90 percent of automatic minibar charges are an error).

It can almost feel like hotels just don’t get us. As a writer for industry magazine Lodging put it, “when it comes to food and beverage, hospitality professionals are often at a loss over how to convert such a basic and essential commodity into a service that generates a profit while living up to guest expectations.”

It’s impossible to blame just one thing for the fall of the minibar. Trends come and go for an uncountable number of reasons. One was probably the cost. Recession-era travelers didn’t have the luxury to buy an item four times the cost it should be. The rise of the hotel bar should shoulder some responsibility as well. Because why would you want to drink Ketel One out of a paper coffee cup if you could go downstairs and order a bespoke cocktail at a hotel bar so cool that even locals go there?

We would be remiss not to mention the en vogue target for the death of all consumer items: the millennial. Millennials love to travel (and document said travel on social media) because traveling is an experience. Sipping the same minibar drinks you can find in your dad’s mancave fridge while in a new city is definitely not an experience.

Which leaves hotels with two options: ditch the minibar altogether, or make it an experience.

The rebirth of the minibar 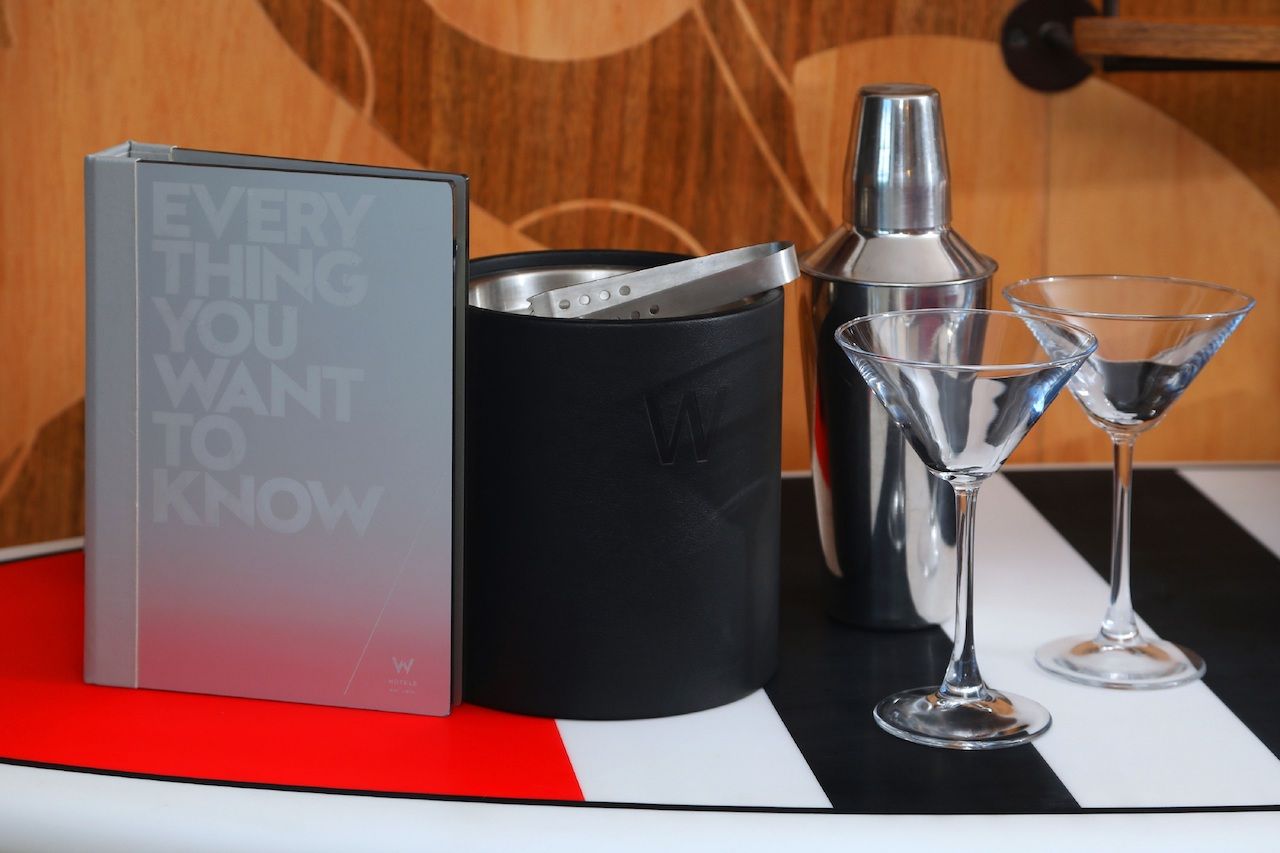 It’s safe to say that the minibar is having a mini-revival, depending on your thoughts about how long something has to decline before it can “come back.”

“The days of the service provider telling you what you’re going to have and that’s good enough are over,” Tolbert said. It doesn’t make sense for some all-knowing hospitality worker to decide how much Diet Coke you should be allotted versus how much beer. “If those aren’t relevant to you, the majority isn’t relevant.” 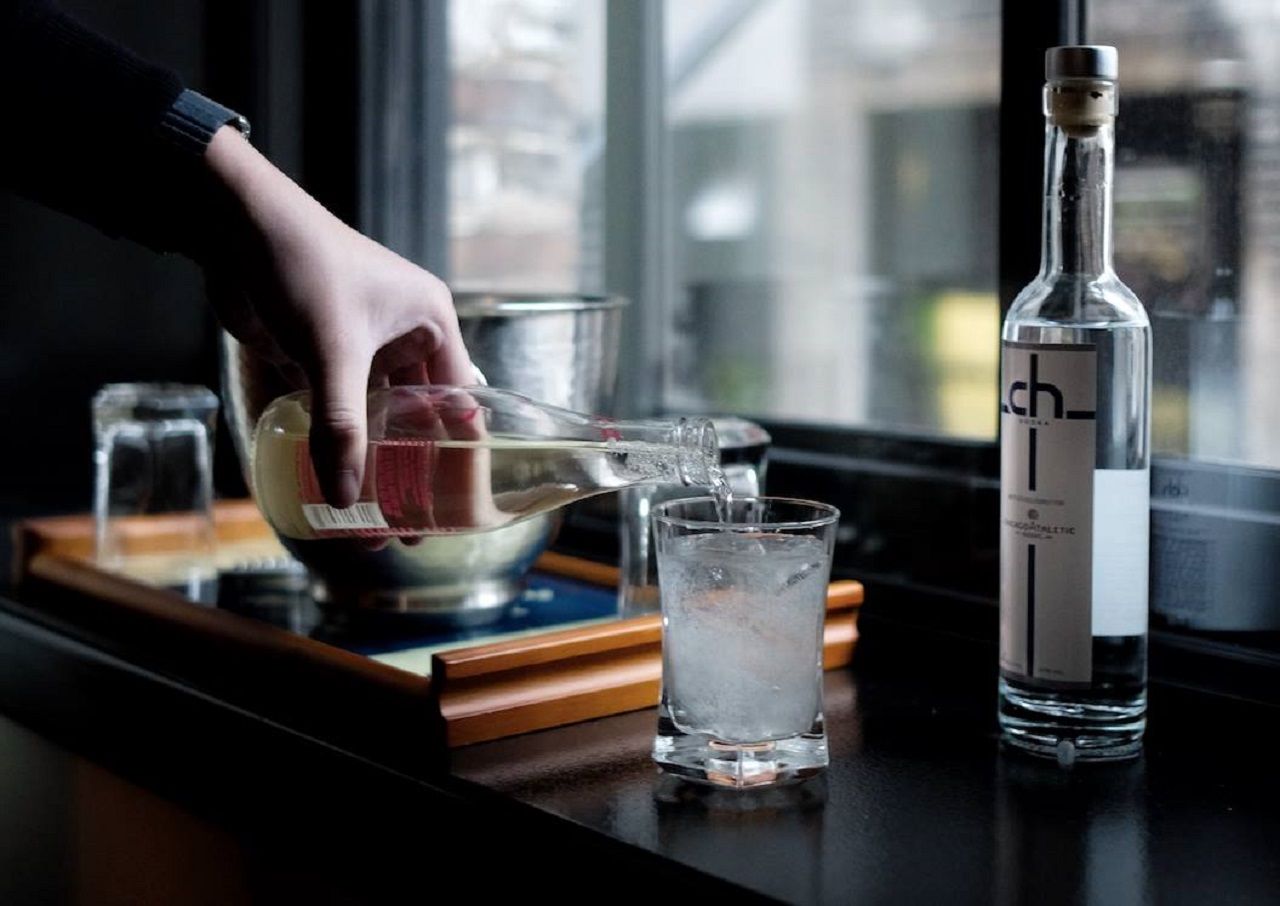 Hence The Yacht Club’s switch to an order-what-you-want style of minibar. People take note of where they can be pampered these days, and luxury hotels are providing said pampering. Plus, with increased customization, people can taste what the city has to offer before actually going out into the city. At a recent stay at the Kimpton Hotel Born in Denver, Colorado, my minibar options were local. Local whiskey, local beer, local snacks — everything. Similar local takes are happening at places like the Chicago Athletic Association, the Darcy Hotel in DC, 1 Hotel Brooklyn Bridge, the Source Hotel in Denver (which stocks items from the artisan market hall downstairs), and many, many others.

Taking the minibar concept even further is the W Hotel in London. Suite guests can order the Mega Bar to their room, which comes with a full bar, sound system, disco ball, and personal mixologist. 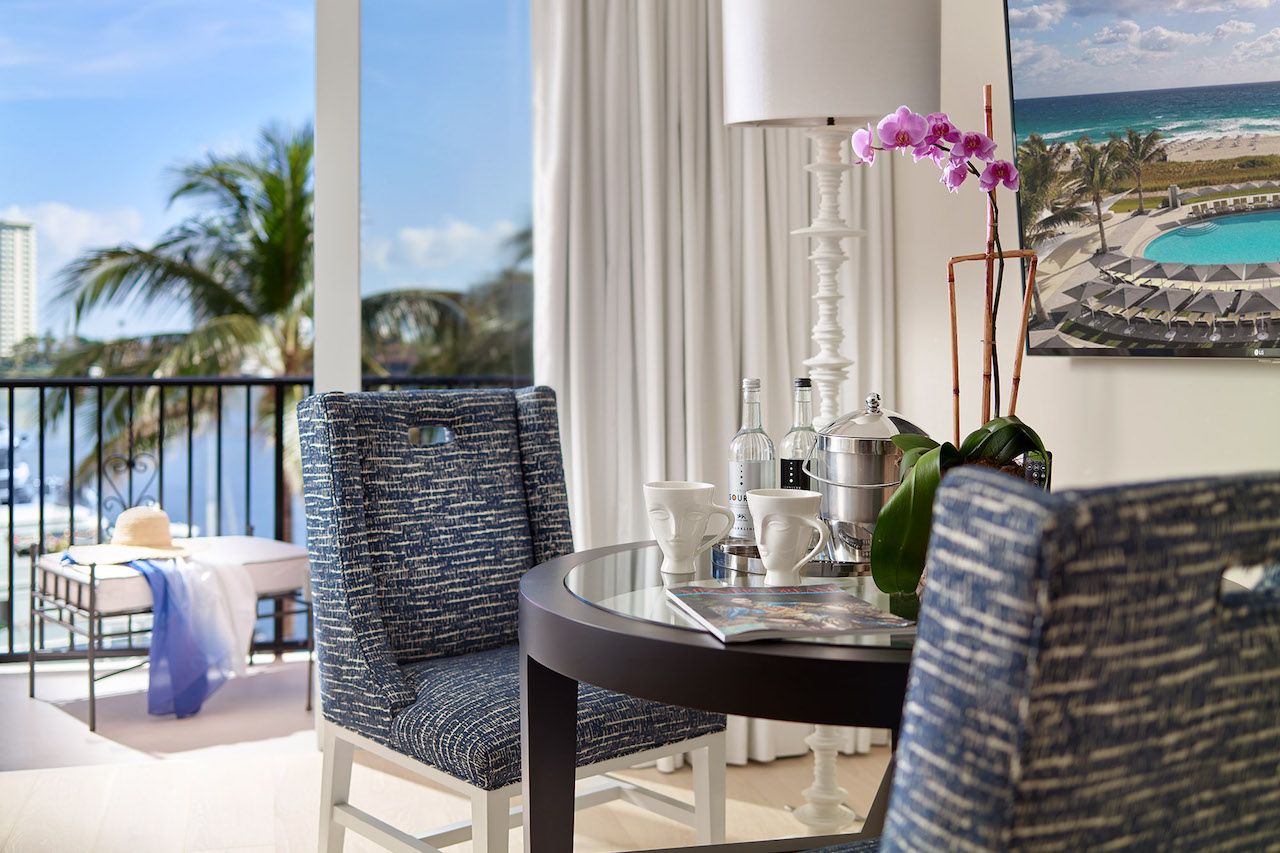 Of course, you don’t have to take things that far. All that’s needed is some solid options and a somewhat personalized experience. A good minibar with a local focus is one of the best indications that you’re in a hotel that cares about (and takes care of) guests’ wants and needs. In other words, you’re less likely to find stained sheets at a hotel with a modern minibar. Stain-free and well stocked? That’s true travel luxury.

“The service provider no longer defines what luxury is,” Tolbert said. “The consumer does.”

Hotels that are worth it just for the minibar 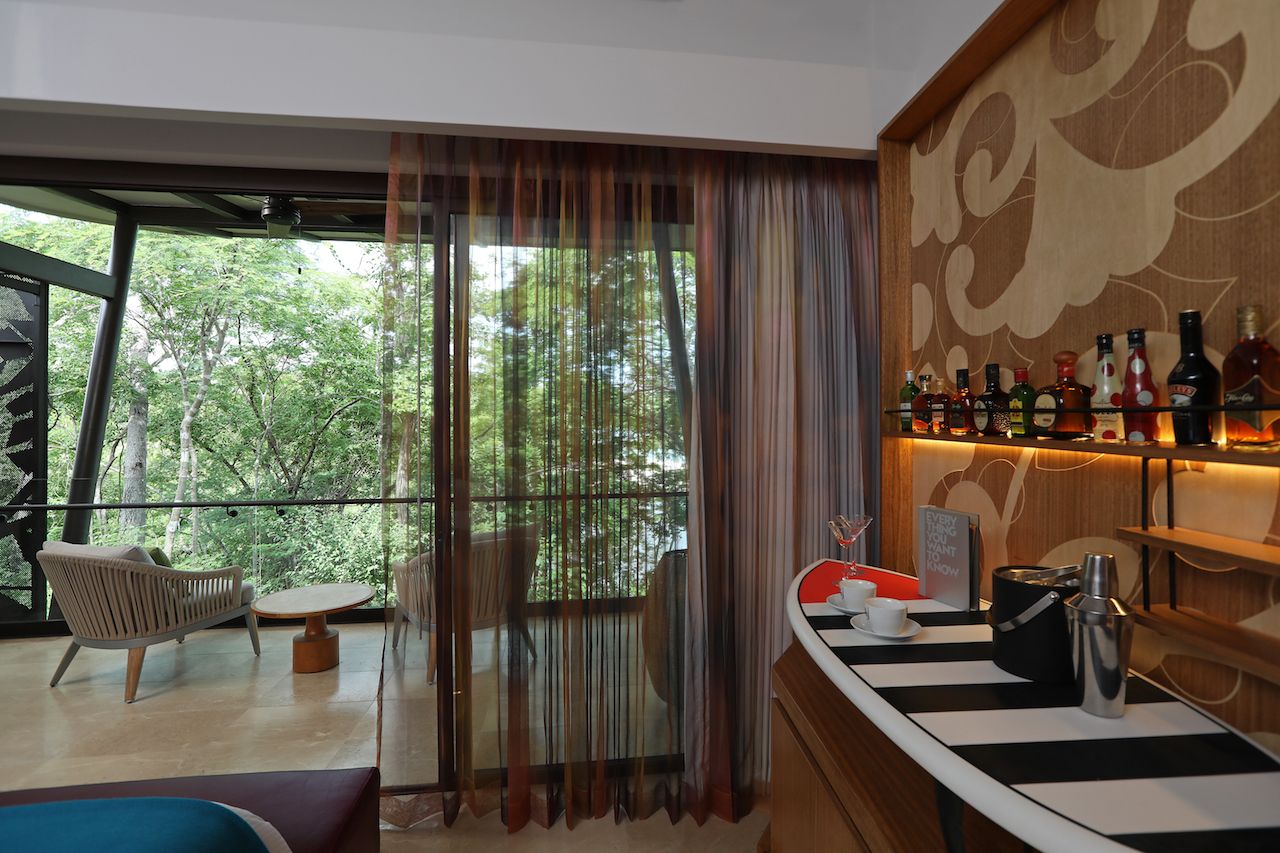 W Costa Rica: It’s not only what’s inside that matters. The W Costa Rica has a locally designed mini surfboard that extend from the walls of each minibar. Plus, each of the 150 rooms has an in-room draft beer tap with local beer, and the bar extends out onto an outdoor patio.

The Yacht Club at Boca Resort in Boca Raton, Florida: In addition to the customized selection that awaits you before every stay, you can order up pre-mixed cocktails or have a cocktail cart bring you your favorite welcome cocktail.

The Ivy Hotel in Baltimore, Maryland: Once a historic brownstone mansion, the Ivy Hotel still has the feel of staying in someone’s private residence — in this case, the private residence of someone who has a very good taste in refreshments. The minibar stocks locally brewed kombucha and beer from Clipper City Brewing Co. and Heavy Seas. Hummus, raw honey, and locally-made hemp bars cover the snack side of things.

Epic Stays10 Epic High-Alpine Hotels You Need To Stay in Before You Die
Tagged
Food + Drink Spirits + Cocktails Epic Stays
What did you think of this story?
Meh
Good
Awesome