When most people make a small mistake at work, it’s easily correctable. The salad gets remade, the article gets corrected, or the bill gets adjusted. Not so much when you work at airlines.

Yes, the stakes are insanely high when mapping flight paths or fixing engines. But the people calculating and posting airfares must be meticulously careful too. Because one missed zero and suddenly all of Twitter is jumping on a $300 business-class flight to Hong Kong.

These goofs are known as mistake fares, and if you’re lucky enough to find one you can save thousands of dollars on flights. But they’re equally as hard to find as they are irregular, unless you know where to look. To save you from wasting hours trying to spot a mistake fare, here are some tips on how to jump on one of these too-good-to-be-true flight deals.

What is a mistake fare, and how does it happen?

A mistake fare is exactly what it sounds like: A fare that an airline publishes by mistake. Depending on the severity of the mistake, it may be posted for a matter of hours, or a matter of days. But either way, somewhere along the line someone screwed up, and a flight is selling for way cheaper than it should.

How does a mistake fare come from, exactly? Mistake fares can be a lot of things, and for obvious reasons airlines don’t publicly explain them very often. But on some occasions, they’re as simple as someone typing a fare into their system incorrectly or putting a decimal point in the wrong place. Whoops.

Mistake fares can also stem from algorithms miscalculating a fare, or as the experts call it a “technical glitch.”

Other times the people or machines calculating a fare forget little details like taxes or fuel surcharges. And in some countries, those factors make up more than half the cost of the ticket. In rare occurrences, foreign currency miscalculations can also produce a mistake fare, where a price is quoted to an online travel agency in, say, Indian Rupees. Then, said agency’s dollar conversion is so wildly off-base the fare drops dramatically when it’s published in dollars.

These things don’t occur all that often, but with millions of fares published every day, mistakes are bound to happen.

How to find a mistake fare?

Much like honest auto mechanics and marriage-minded men in New York City, mistake fares are always out there. But you’ve gotta weed through a lot to find them. Rather than wasting hours trying to uncover bargain flights, a number of websites, blogs, and search engines monitor the travel space for you. Here are some tips on the best ways to leverage their capabilities.

Broaden your search and be flexible

Rather than entering specific travel dates, use broader search options to see if your desired routes have mistake fares. Skyscanner, for example, offers an “Entire Month” option where you can preview fares for an entire 30-day period and spot where mistake fares might be lurking. 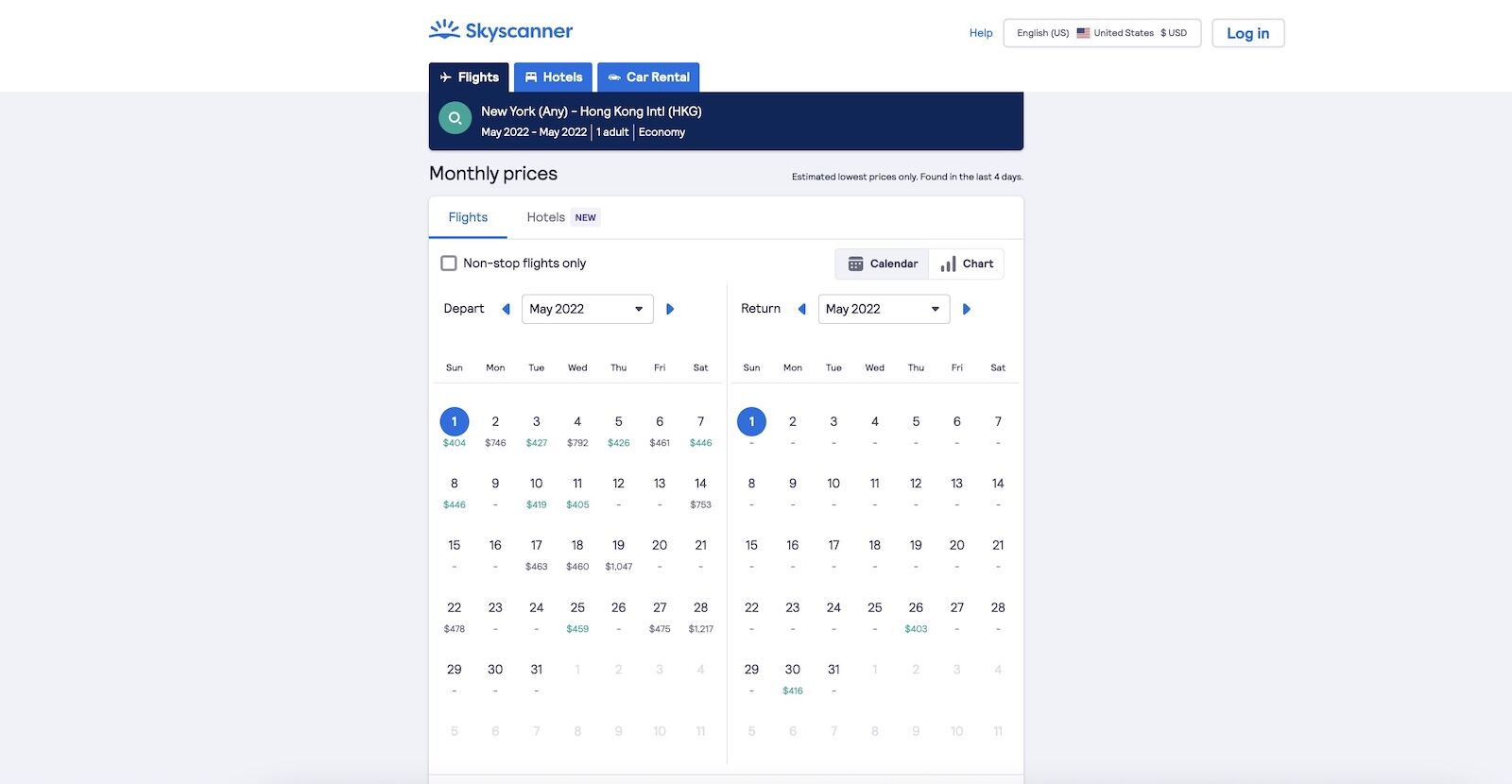 Google Flights’ Explores Destinations option lets you sort by any number of options from date ranges to preferred airlines. It’ll show you the cheapest places to go at any given time, and sometimes those include mistake fares.

If you’d rather take a “let the mistake fares come to me” approach, you’ve got plenty of options too. Apps like Hopper and Skyscanner will automatically send you alerts when a route you’ve selected has a special deal. Sometimes these are just regular sales, but sometimes they’re serious mistakes. Online travel agency Kayak offers similar instant price alerts.

Scott’s Cheap Flights, an email newsletter that’s made a career of spotting deals, offers a premium membership that alerts its subscribers to insane airfares. Often, it’s the first place mistake fares show up.

Like with any news, mistake fares are often first reported on Twitter. So following Scott’s Cheap Flights, Airfare Watchdog, Secret Flying, Fare Compare, and other accounts will often have you ahead of the curve. Most of those same accounts have websites that publish cheap fares too, and if you’re quick on the draw you can land mistake fares there.

If you’re message board savvy, you can also try the Flyertalk Mileage Run discussion page which frequently breaks mistake fares, especially for business class. But monitoring it can be a full-time job in and of itself.

Mistake fares can be cancelled, so here’s what to know when you book

Mistake fares should be thought of like cheap apartments in cities with insane rents: Once you find it, don’t mention it to anybody. Well, maybe not anybody, but definitely not the airline, who is almost guaranteed to fix the mistake once you point it out. You’ll ruin it for everyone if you do.

If you like the fare, book it ASAP. Odds are you won’t find it again, and in the worst case scenario, you can cancel and get an airline credit in most situations. Wait a couple of weeks before booking anything else, though. Because airlines can recognize the mistake and cancel your ticket.

Good luck. As of 2015, airlines are allowed to cancel tickets issued on mistake fares, as per an official statement from the US Department of Transportation. They’ll have to give you your money back, but if they can prove the airfare was a mistake, legally they can refund your ticket and require you to rebook.

Of course, legally they can also do a lot of things, and cancelling mistake fares, especially on a large scale, can lead to some pretty bad PR. So, unless the mistake is going to cost them literal millions of dollars, they’ll often chalk it up to the cost of doing business. Scott’s Cheap Flights estimates mistake fare cancellations at about 10 percent of the time, but that’s no guarantee.

So happy hunting for cheap flights! The airlines still haven’t perfected their pricing systems, and until they do, mistake fares will always be out there. They may not be easy to find, and you may need to plan a vacation to a place you’ve never heard of. But that kind of spontaneity is part of what makes travel great. Especially when you’re doing it at a deep, deep discount.

TravelThis Google Flights Hack Is Perfect for Adventurous Last Minute Travelers on a Tight Budget
Tagged
Airports + Flying Budget Travel
What did you think of this story?
Meh
Good
Awesome