Spending the day in an overcrowded pub doesn’t seem to be on anyone’s agenda for St. Patrick’s Day in 2020. So, so long as we’re all staying home, a good Irish book might be the best way to celebrate the holiday. But celebrating Irish culture with some literature does not necessarily mean that you have to dive into Joyce, Becket, and Heaney. Although staples of the world of writing in Ireland, they are not what one would call “light reads.” For a peek at the rich and excellent modern Irish literary scene, go to your local bookstore or your neighborhood library and get yourself one or more of the following books. 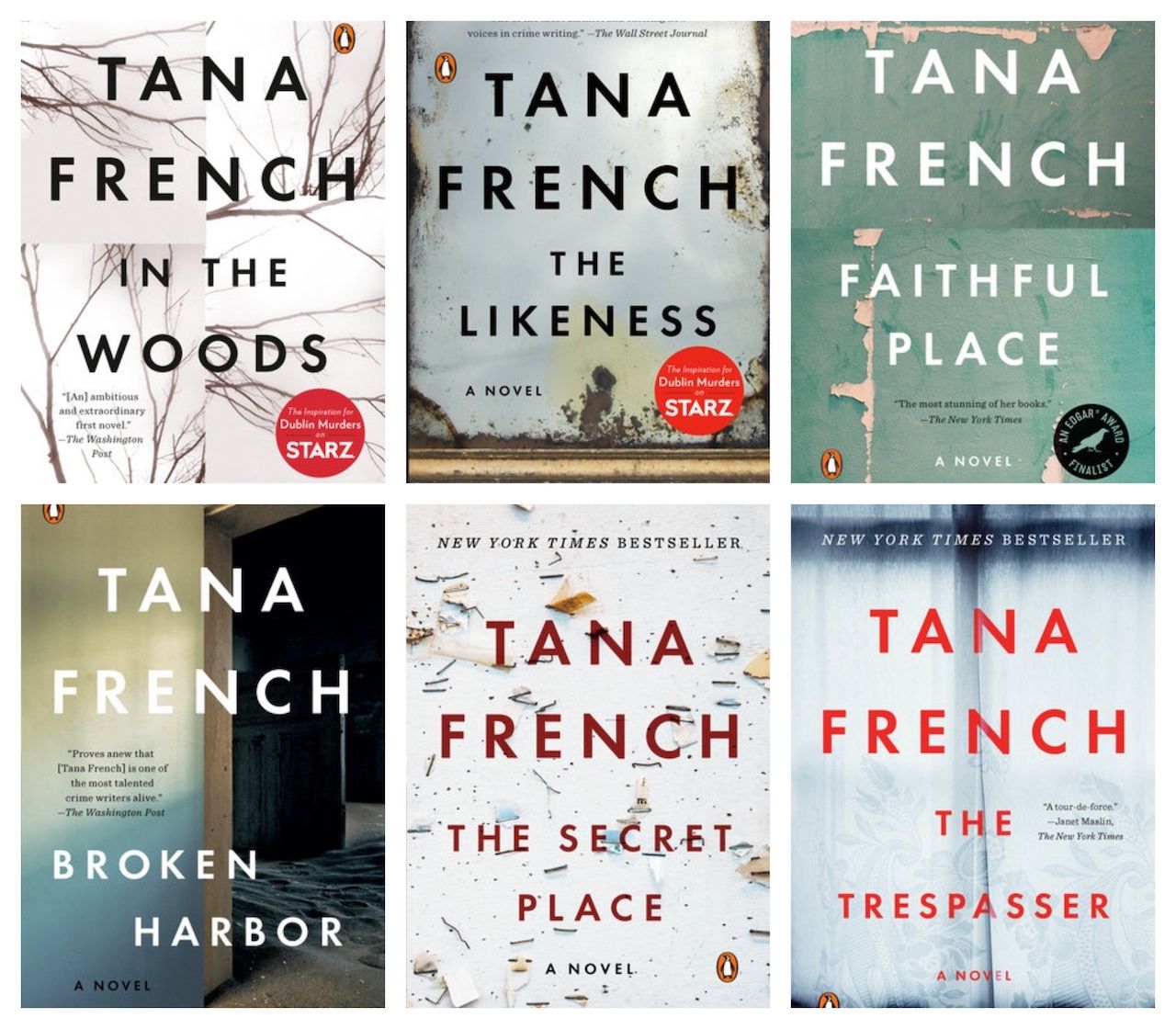 Tana French was born in the US, but has been living in Ireland since the 1990s so her knowledge of the country and its people, language, and economic and social situation is very intimate — and it shows in her novels. The six books of the Dublin Murder Squad series (In the Woods, The Likeness, Faithful Place, Broken Harbour, The Secret Place, The Trespasser) are filled with captivating characters and plots that are described in such detail that it’s hard not to be pulled into French’s dark, dreary stories of murders. Those who know Dublin will be glad to see the atmosphere of its neighborhoods so perfectly captured, and those who don’t will get to discover the Republic’s capital city beyond its clichés of pubs and buskers, and the green lawns of Trinity College. The success of the series has led to the first two novels to be adapted to television, so after you’ve read them check out Dublin Murders on Amazon Prime to contrast and compare. 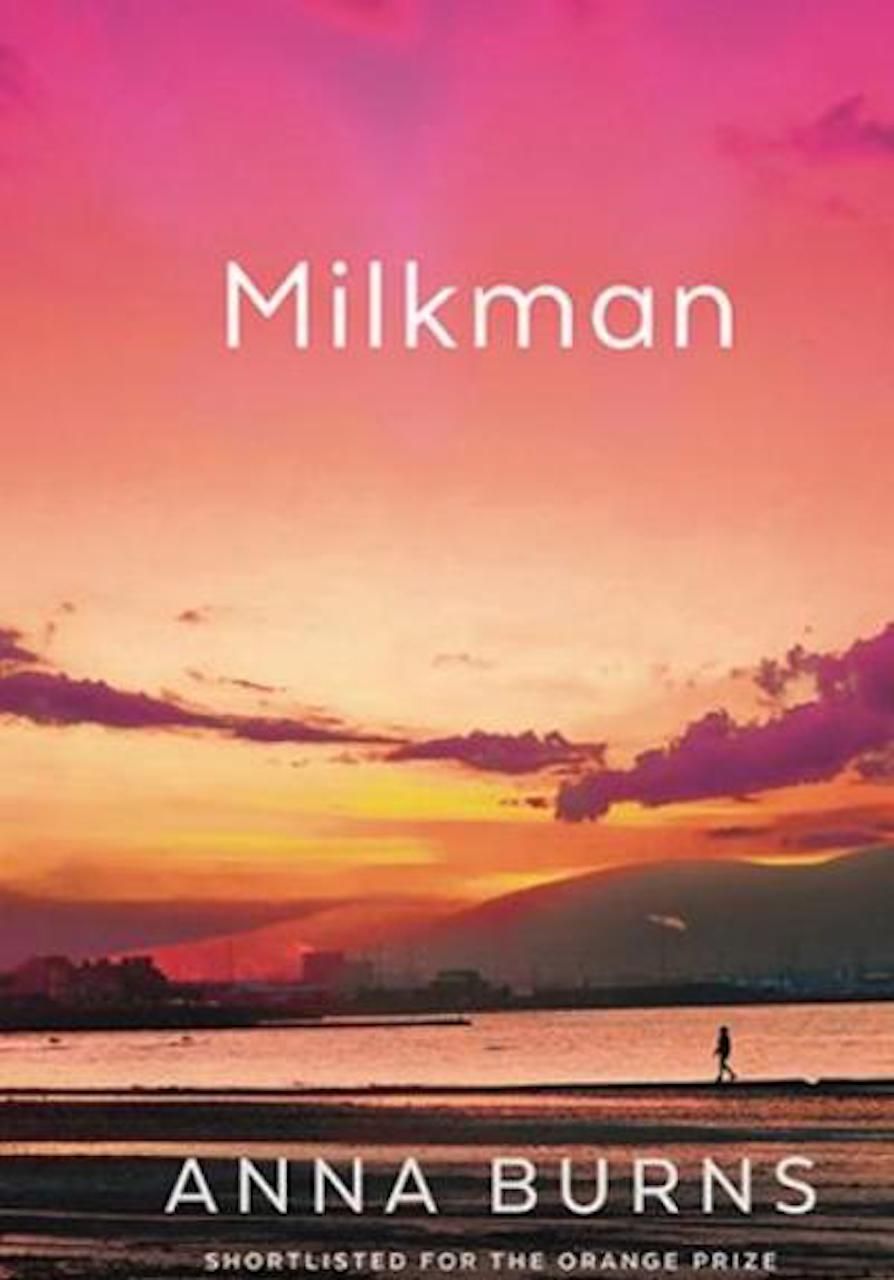 Ana Burns’ Milkman won the Man Booker Prize in 2018 and for good reason — her novel is like nothing you’ve ever read. The story of a young woman who lives in what readers understand to be Belfast during the Troubles in the 1970s, Milkman is shrouded in mystery; none of the characters have names, the city where it is set is never mentioned, and the conflict and its actors are never explicitly identified. Just like for those who lived in Northern Ireland during this intense time period, everything is kept under wraps for fear of repercussions. Yet, Burns’ voice is such that we understand it all without the need for clarification. But the singular narration is not the only element that makes this novel gripping; by bringing forward the concepts of gender and power into the conflict, Burns shines a light on a side of the Troubles that you never even considered.

Himself by Jess Kidd 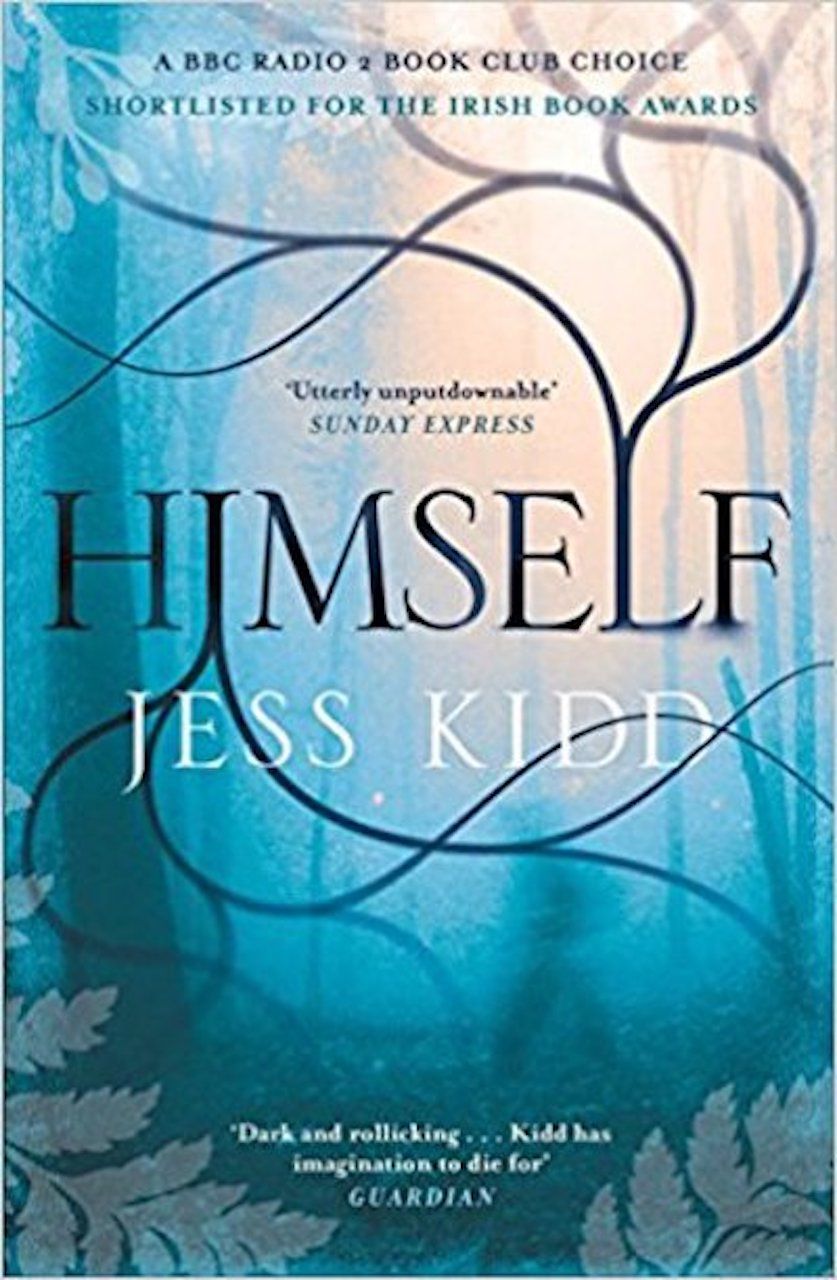 A dark mystery set in a part of the Republic of Ireland that’s ever hardly mentioned in popular culture, County Mayo, Himself is a thriller with a side of humor, romance, and even magic. Kidd’s novel tells the story of Mahony, a young and dashing man, who comes back to the small village of Mulderrig where he was born in search of his mother, whom he never knew. His arrival agitates the inhabitants and injects a dose of life in the sleepy village, but it comes at the price of unraveling nasty secrets that some would rather see buried deep forever.

Say Nothing by Patrick Radden Keefe 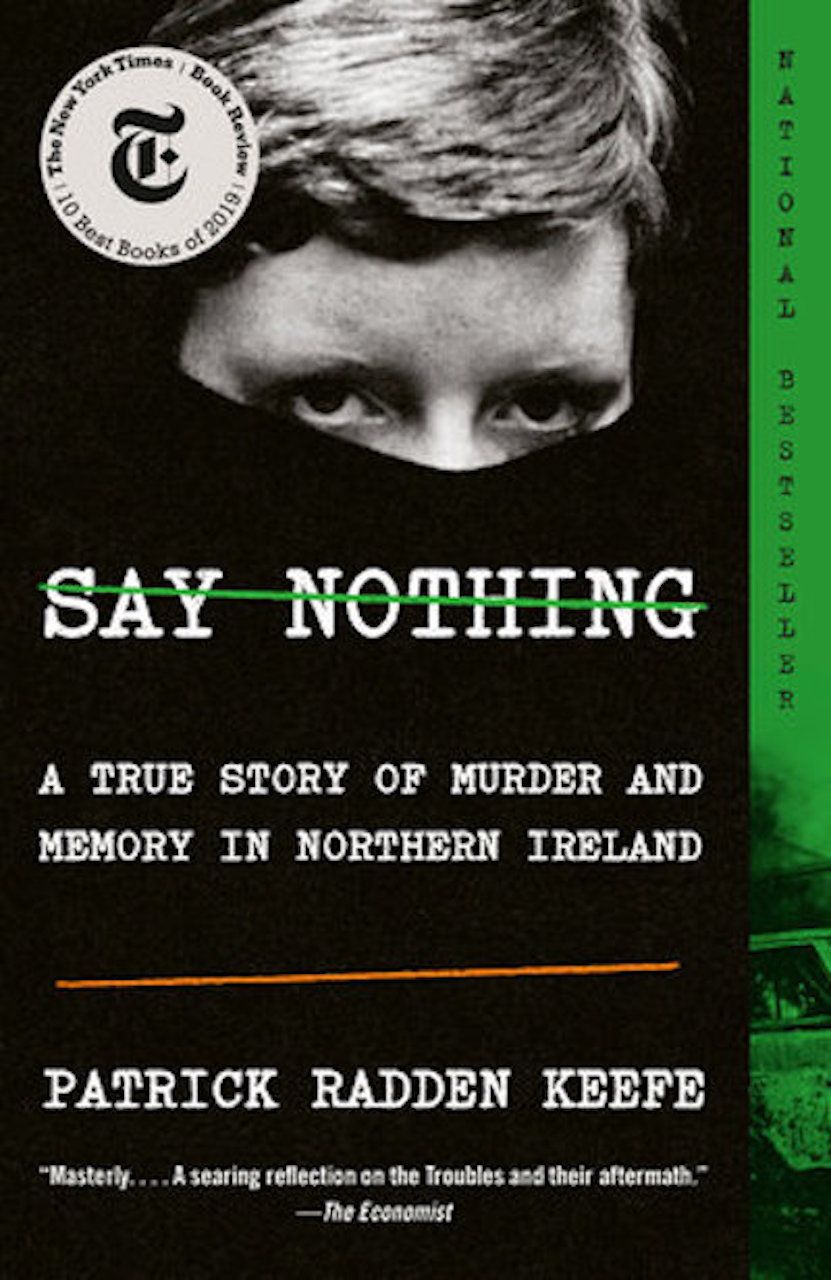 Probably the best explainer you’re ever going to read on the Troubles, Patrick Radden Keefe’s Say Nothing is a work of nonfiction that is just as much a page-turner as any detective novels. Detailed, chronological, and with a deep focus on some of the most charismatic people involved in the conflict, Keefe humanizes the conflict, including the perspectives of the Irish Republican Army and all the people of Northern Ireland. No matter your affiliations or opinions, you’ll understand the motivations of those involved in the conflict and feel the pain of those who had no choice but to live with it on a daily basis. If your knowledge of this part of Ireland’s history is a little fuzzy, pick up this New York Times bestseller and everything will be made crystal clear.

Normal People and Conversations with Friends by Sally Rooney 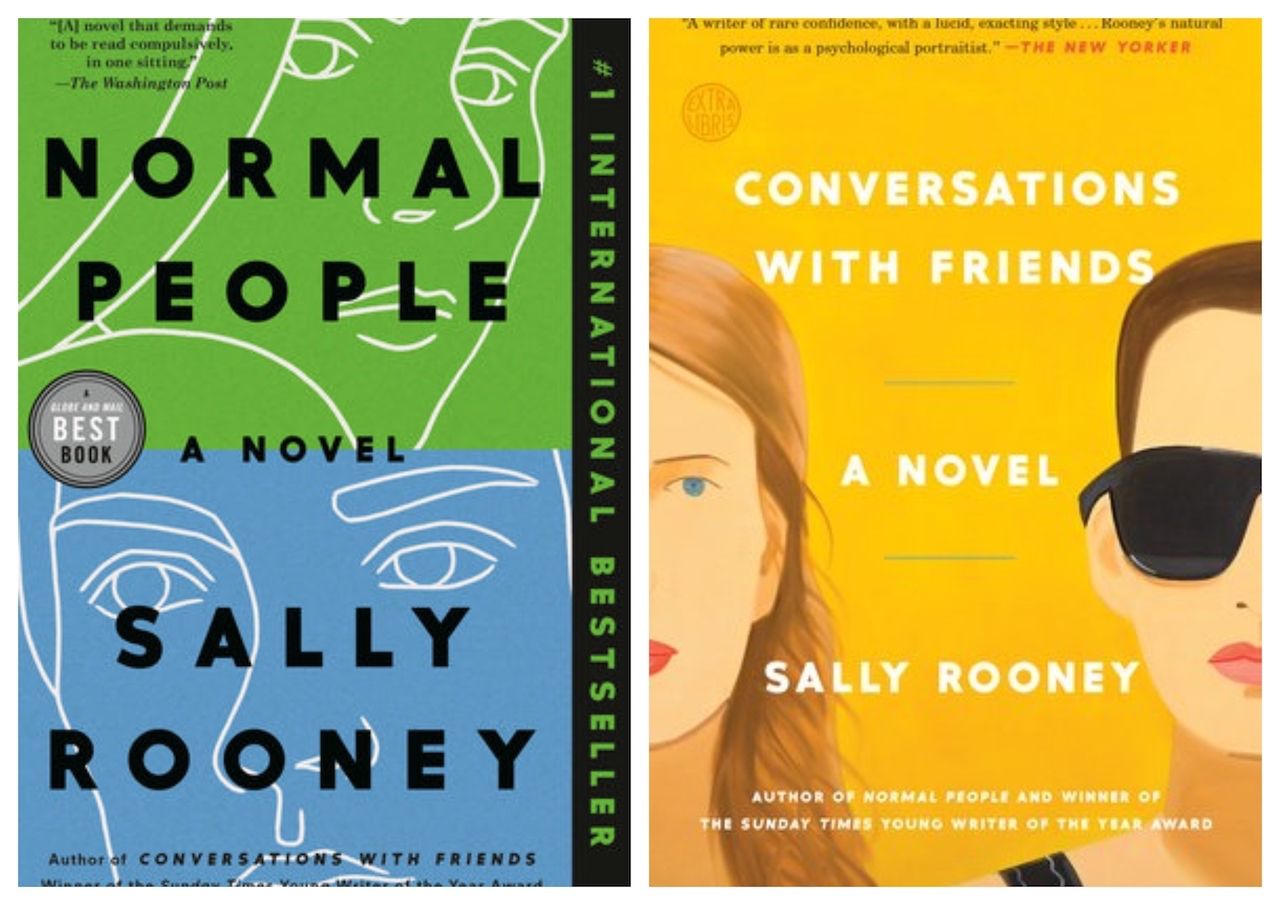 Sally Rooney’s accounts of the seemingly banal ways people in love — platonically and romantically — communicate are by turns intimate, uncomfortable, and disturbing. Rooney’s impeccably crafted tales of friendship, heartbreak, sex, dating, and affairs (sometimes set at Trinity College in Dublin) center on the tumultuous inner-lives of young women without casting their concerns, fears, and feelings as frivulous or shallow. Instead, Rooney treats her protagonists, and their sometimes twisted approaches to relationships with almost scientific attention. Something about her bleak view of love appeals to millennials; Rooney was one of most talked about writers of 2019. 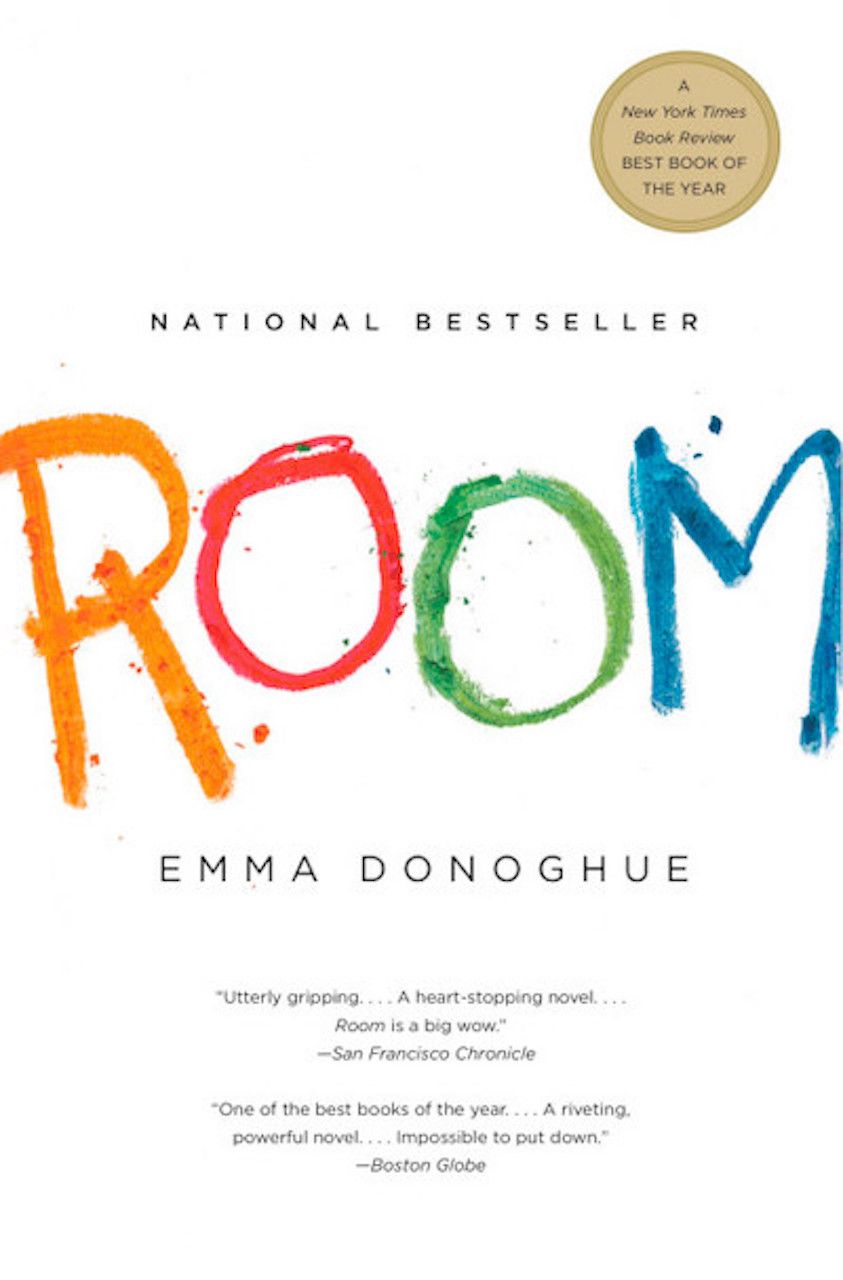 In 2015, everyone was talking about Emma Donoghue. Her 2010 international bestseller Room, a finalist for the Man Booker Prize, had been adapted into a film starring soon to be superstar Brie Larson, sweeping up both Golden Globe and Oscar nominations. But the Irish-Canadian writer, historian, and playwright had been producing award-winning literature for more than a decade. Her debut, Stir Fry, was a finalist for the Lambda Literary Award, a prize given to novels that celebrate LGBTQ themes. Her followup, Hood, won the Stonewall Book Award for literature. In 2009, she won the Lambda Literary Award for her novel The Sealed Letter. 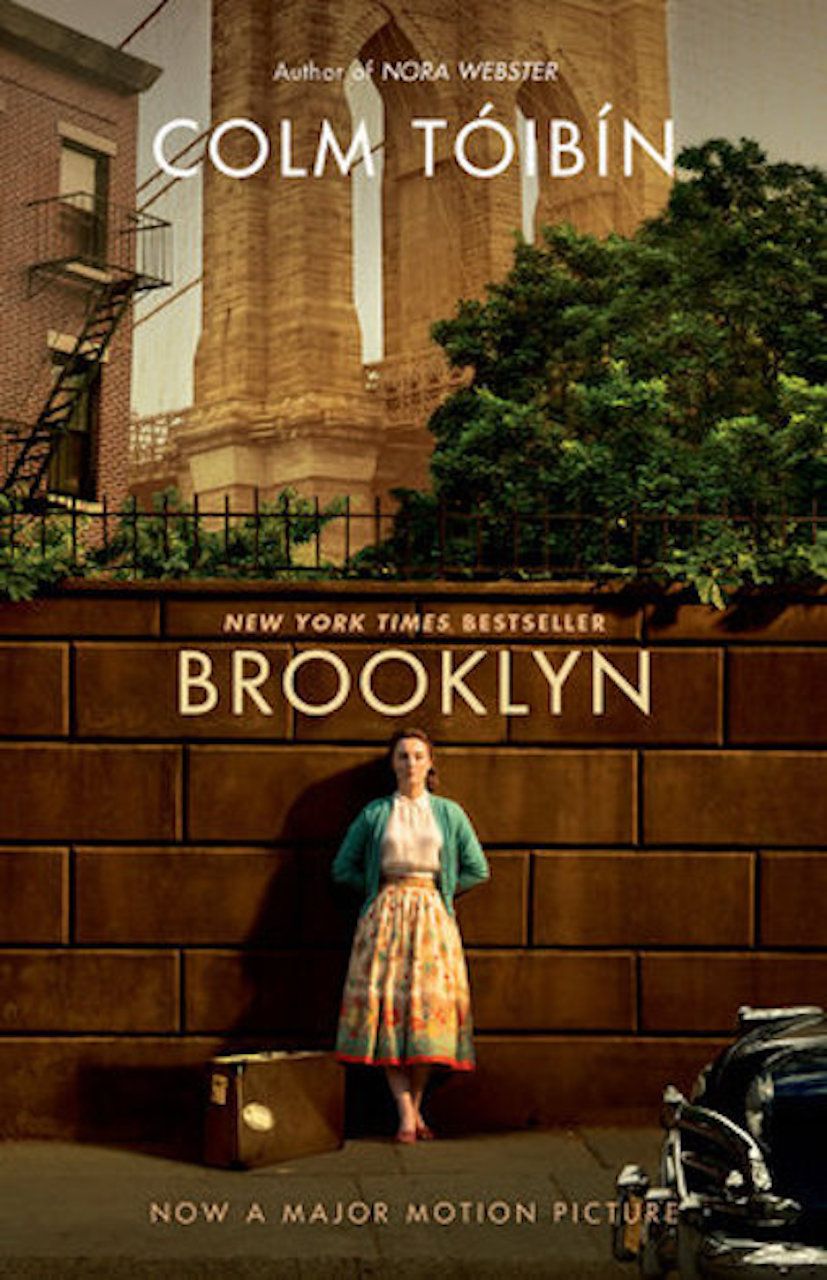 Colm Toibin’s tale of a Eilis Lacey, a young woman who leaves her small town in Ireland to find work in Brooklyn is romantic and moving. Eilis is on the brink of discovering the kind of woman she wants to be, and she turns out to be a surprisingly brave and compelling protagonist. Torn between her home, family, tradition, and a longing for adventure, she strikes out on her own at a time when independent women faced immense ridicule. Yet Eilis is resilient and confident, and it’s a real pleasure to follow her journey from Ireland to her destiny in the US. Life in the quaint but sometimes stifling villages of Ireland is a focus for Toibin but he balances charm with a healthy dose of realism. 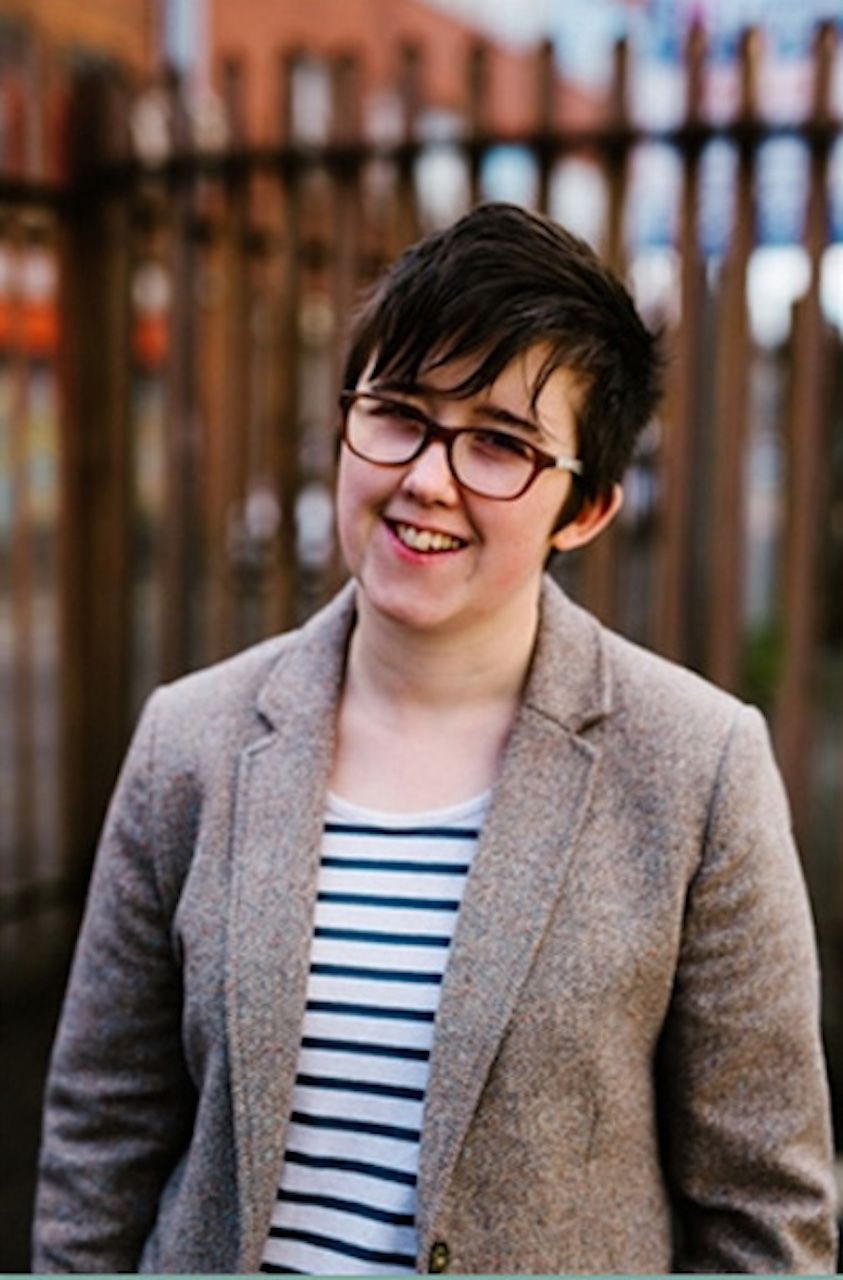 On April 18, 2019, journalist Lyra McKee, in her characteristic curious and courageous manner, decided to check out a riot in Derry, which quickly turned violent. Protestors threw petrol bombs and lit cars on fire. McKee was shot in the head. She died at just 29 years old. McKee was an accomplished investigative journalist who focused on the aftermath of the Troubles, including teen suicides connected to that period. She also investigated the era’s many unsolved murders and in 2019 the Irish Times named her one of 10 rising stars of Irish writing. Before her death she had signed a two-book deal with Faber and Faber. On March 31, 2020, an anthology of her radically political work, which focused on the human consequences of the Troubles, will be released by Faber and Faber. The book, called Lost, Found, Remembered, will feature her unpublished work, lesser-known early articles, and her most beloved stories. Her first book, Angels with Blue Faces, a five-year investigation into the murder of a Parliament member by the Irish Republican Army, was released in 2019.

Books20 Books We Can’t Wait To Read in 2020
Tagged
Books Holidays Ireland
What did you think of this story?
Meh
Good
Awesome