It’s no secret that sitting outside under the sun while sipping your favorite cocktail is a beloved summer pastime around the world. Where many people diverge, though, is deciding what they like to drink. New data gathered by Cruise Croatia attempts to find those differences by finding the most-searched-for cocktails in nearly every country.

These aren’t necessarily the most popular cocktails in every country — the data is based solely on the cocktails that people search the most for online. According to a press release from the cruise company, “We then found the average monthly global search volume for the list of cocktails in every country of the world, with the cocktail showing the highest volume ranking first for that country … The search volume data used shows how many times per month, on average, people search for the target keyword in each country.”

Going by the Cruise Croatia metric, the most-searched-for cocktails in the world are the mojito, the mimosa, and the piña colada. The mojito, which came in first place, had the highest search volume in 84 countries. 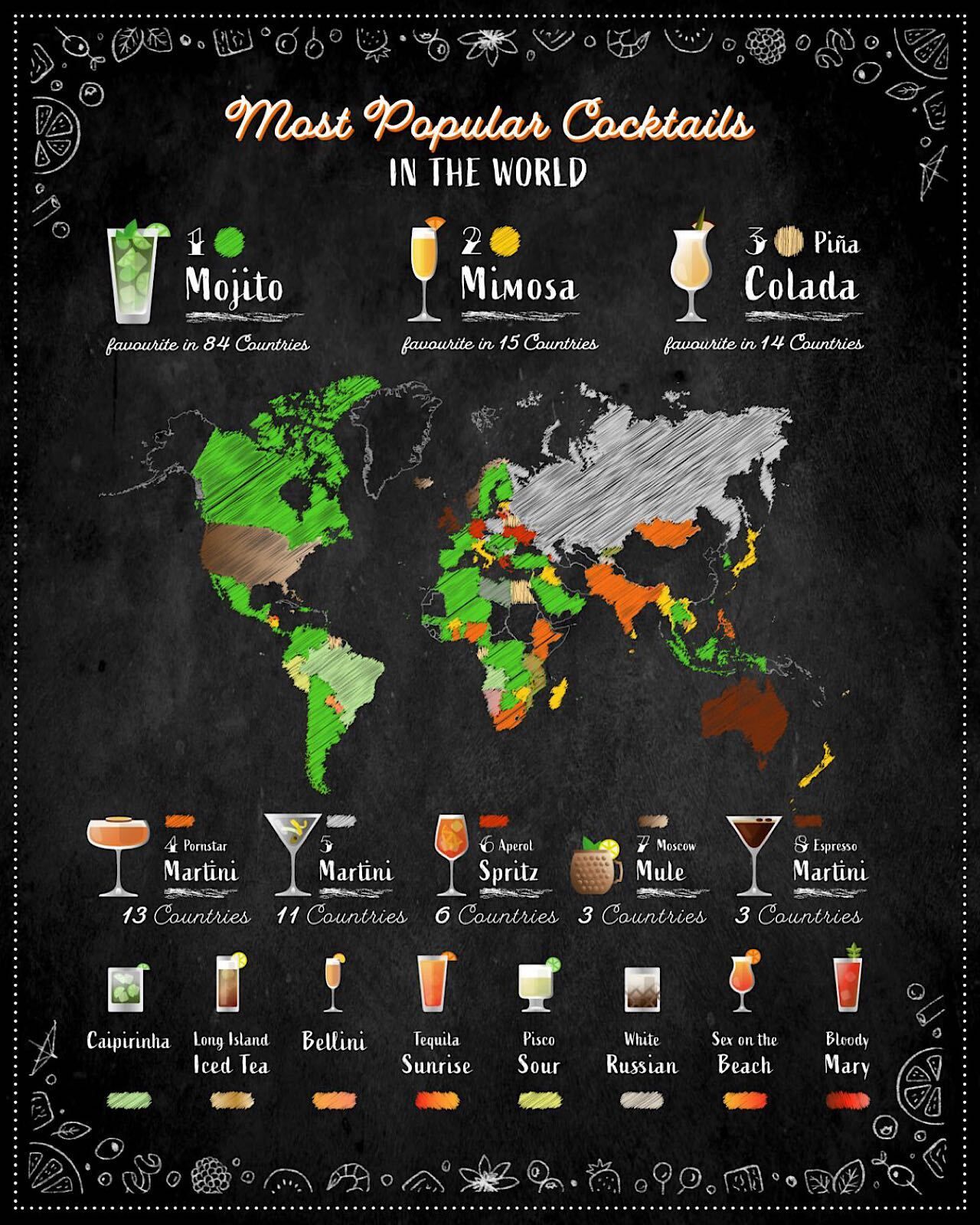 A diverse selection of cocktails ended up on this list. For instance, the negroni is the most-searched-for cocktail in the UK, while in Bulgaria, it’s the Bloody Mary. Poland, Denmark, and Finland all Googled the Aperol spritz at high rates.

Over in Asia, the martini and Moscow mule proved popular, while “Bolivia’s second-highest search volume was for the Caipirinha (along with the Martini), and Chile’s was bordering Peru’s Pisco Sour.” You can read the full data set and the complete list of cocktails here.

Someone in America might not think they have anything in common with someone in Ukraine, but if there’s one thing to be learned from Cruise Croatia’s survey, it’s that almost everyone on Earth needs to look up how to make a mojito every once in a while.