There are the cocktails you’ve seen on bar menus one hundred times before. The Manhattans, the margaritas, the negronis. You’ve probably come to love a few of them, the drink you order whenever you’re bar hopping with friends or making yourself a cocktail before dinner. And then there are the cocktails you’ve likely never heard about, cocktails that don’t have their origins in Paris or New York, but in much more unlikely countries around the world. Few people have such an encyclopedic knowledge of the latter than Adrienne Stillman.

Spirited, Stillman’s new book of cocktail recipes, is bulky, but beautiful. Its thick binding, royal blue cover, and neat gold lettering conveys authority. It’s not unlike an encyclopedia. It’s comprehensive. This is a book for people who want choices as they’re planning what cocktail to serve at their next dinner party, people who are tired of drinking the same margarita at every summer barbecue. The recipes are simple, clear, and instructive. Cocktail enthusiasts and curious amateurs will delight in its exhaustive selection.

“One of my goals in organizing the recipes in Spirited was to facilitate discovery,” Stillman, the co-founder of Dipsology, a curated digital guide for cocktail enthusiasts and the book’s author, tells me in an email. “In my experience, usually people start with an overall style in mind — like tall and refreshing, citrusy or boozy — so you can certainly flip to a certain section and start exploring.”

The book is organized into several sections: Refreshing, Sours, Spirit Forward, Tiki & Tropical, Coffee & Dessert, and Punch. All the variations of the Manhattan are grouped together, as are margaritas, daiquiris, and other similar libations. If you know what you’re in the mood for, you can certainly search for it, but it’s also just as easy to flip open the book to a random page and find a cocktail that sounds appealing (or at least intriguing).

The book also has a clear global mindset. There are cocktails from every continent on Earth except Antarctica. There are the drinks that were created in the US alongside cocktails from countries such as Kenya, Myanmar, and Trindad and Tobago — many of which will likely not be in the repertoire of the everyday drinker, or even the more dedicated (but nonprofessional) cocktail mixer.

“Cocktails are an American invention — one of our only true contributions to global food and beverage — but there is a rich history in other parts of the world, and certainly today the cocktail scene is incredibly global,” Stillman says. “I wanted to make sure this book reflected that rather than focusing only on the classics that everyone already knows.”

In the spirit (ahem!) of Stillman’s nod to the evolution of the cocktail from American innovation to global favorite, here are 21 cocktails from Spirited with roots in Asia, North, South and Central America, Africa, Europe, and Oceania that aren’t in your nightly rotation — but maybe should be. 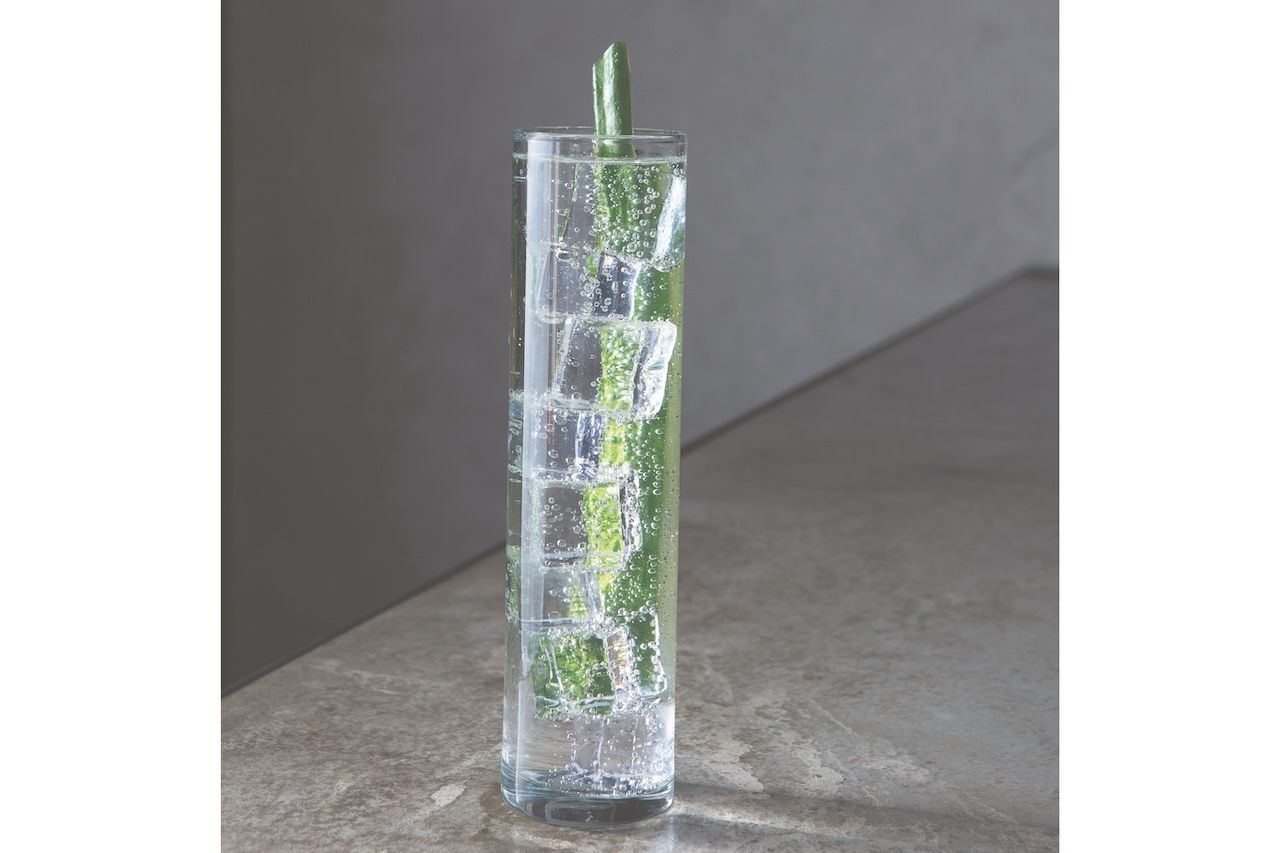 Stillman calls the Falling Water “quintessentially New Zealand.” It’s a combination of feijoa-flavored vodka (a tropical fruit with a minty flavor reminiscent of pineapple, banana, and guava) and Ch’i sparkling water, a New Zealand based brand that’s refreshing and bubbly. Jacob Briars invented the Falling Water for the Matterhorn Hotel in Queensland.

This cocktail gets its distinctive flavor from a Chinese spirit distilled from sorghum called baiju — specifically the variety known as sauce aroma baiju that gets its name because the fragrance evokes soy sauce. In 2015, Moutai, one of the most popular brands of baiju, held a cocktail competition in Sydney where bartender Bobby Carey won first place for the Banana Dynasty. Aptly, the drink also includes banana liqueur.

Stillman says this is the only tropical cocktail in the book to have its roots in the South Pacific. It has an intriguing back story, too: According to Stillman, Dr. Bernard Funk created the cocktail, who just happened to be the personal doctor for Robert Louis Stevenson — the author of Treasure Island. Funk intended it to be a “tonic” against Samoa’s staggering summer heat. Originally, it didn’t include rum — just absinthe, lemon and lime juice, Grenadine, and club soda — but later adaptations added the additional spirit. 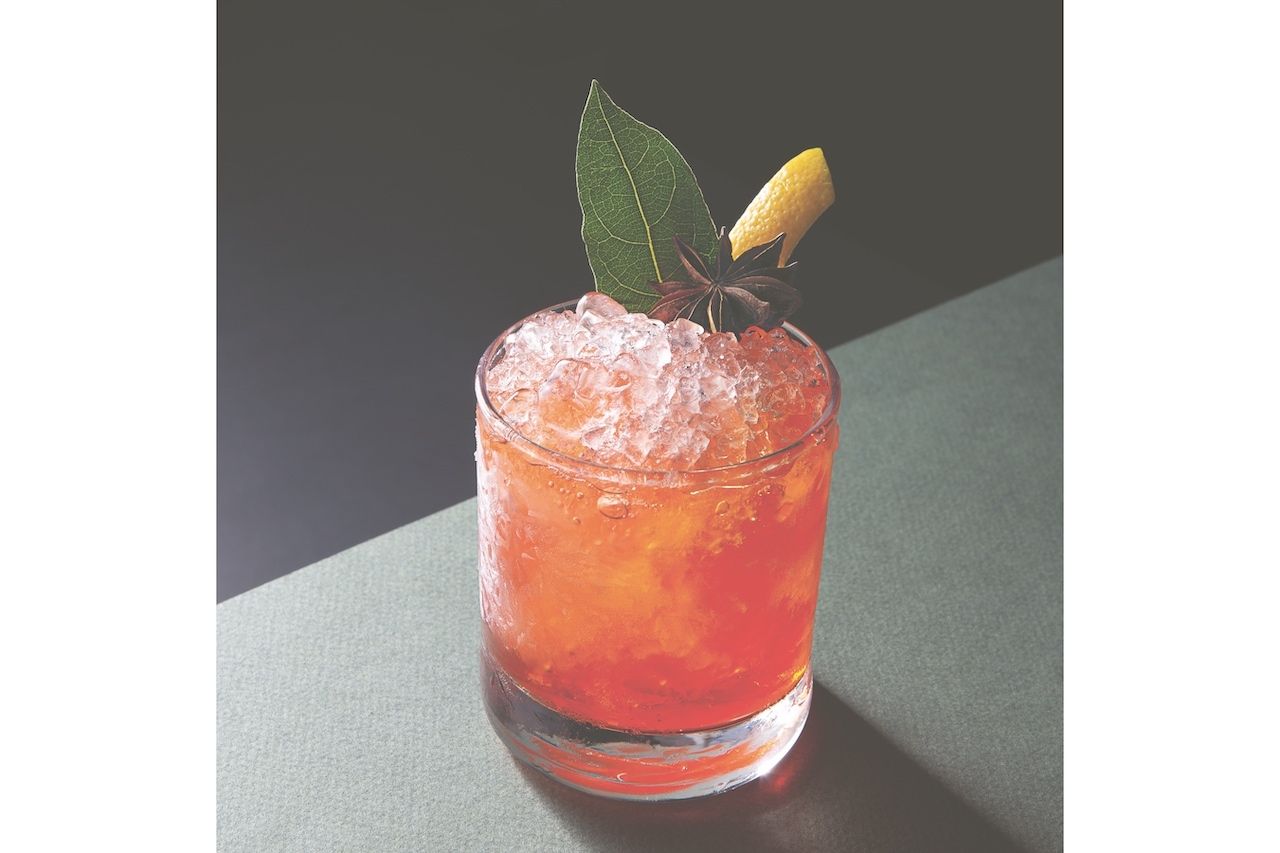 Tunis-based bartender Leah Tallman came up with this cocktail, which uses Boukha, a type of fig brandy, as the base. The spirit was traditionally distilled by North African’s Jewish community, and it’s hard to find outside of Tunisia today. Star anise and a bay leaf garnish the rich orange Blue Fig.

Stillman writes that the Dawa — the Swahili word for medicine — is Kenya’s “signature” cocktail. A restaurant in Nairobi called Carnivore is responsible for its creation. The dawa combines vodka and honey in honor of the country’s ancient beekeeping traditions. 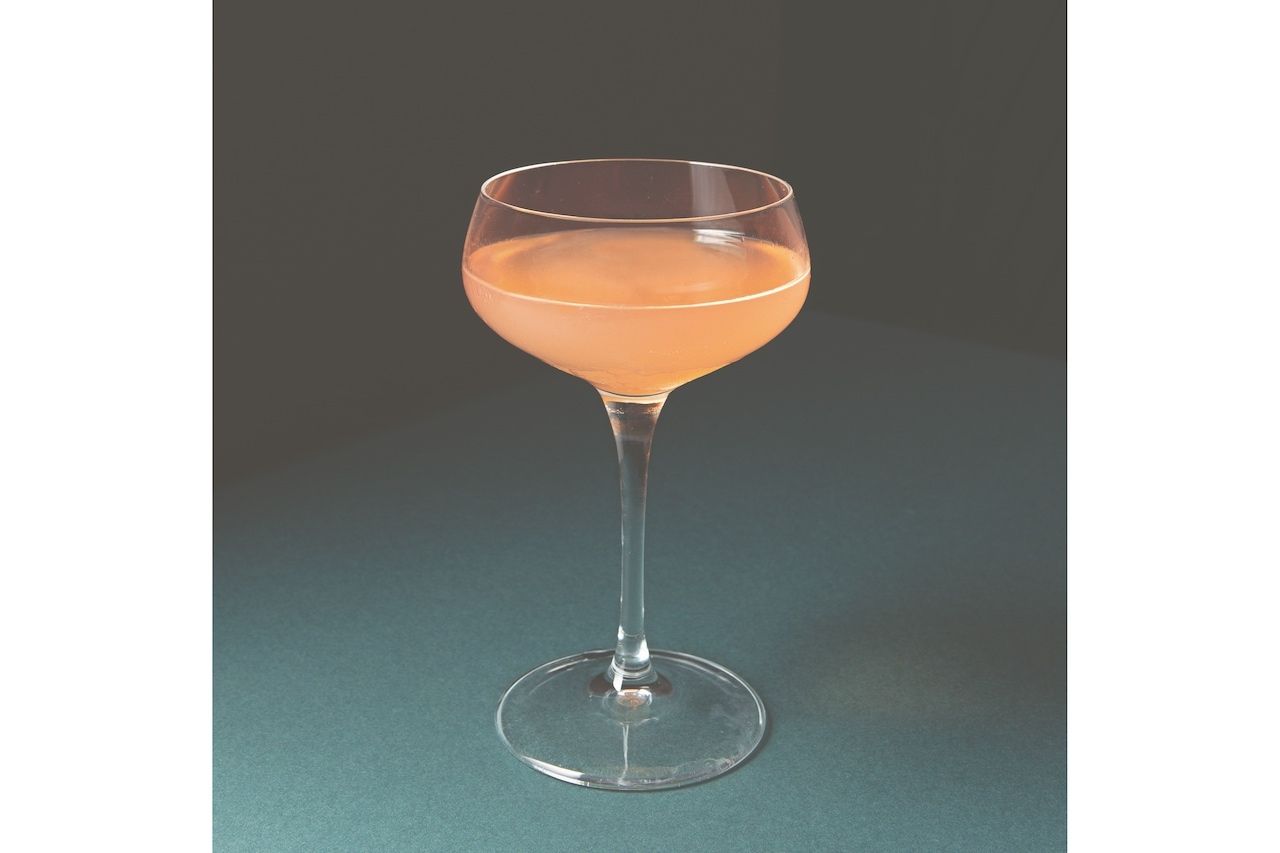 Invented sometime between the 1920s and 1940s (the exact date is hard to pin down), this pastel tangerine cocktail is a type of daiquiri that’s seasoned with the spicy-tart flavors of Velvet Falernum — a low-proof liqueur from Barbados that’s made with almonds, lime, spices, and sugar.

According to Stillman, a bartender named Joe Scialom, who worked at the Shepheard Hotel at the time, created this gin and brandy-based cocktail for British troops stationed in North Africa during World War II — and Scialom presumably named it for them, too.

Another type of daiquiri, pétion has a more herbal tone courtesy of the earthy, grass-like flavors of rhum agricole. The cocktail is named for Alexandre Sabès Pétion: a revolutionary general, the first president of Haiti, and of the nation’s founding fathers after post-French occupation. Stillman writes that it likely gained popularity after World War II. 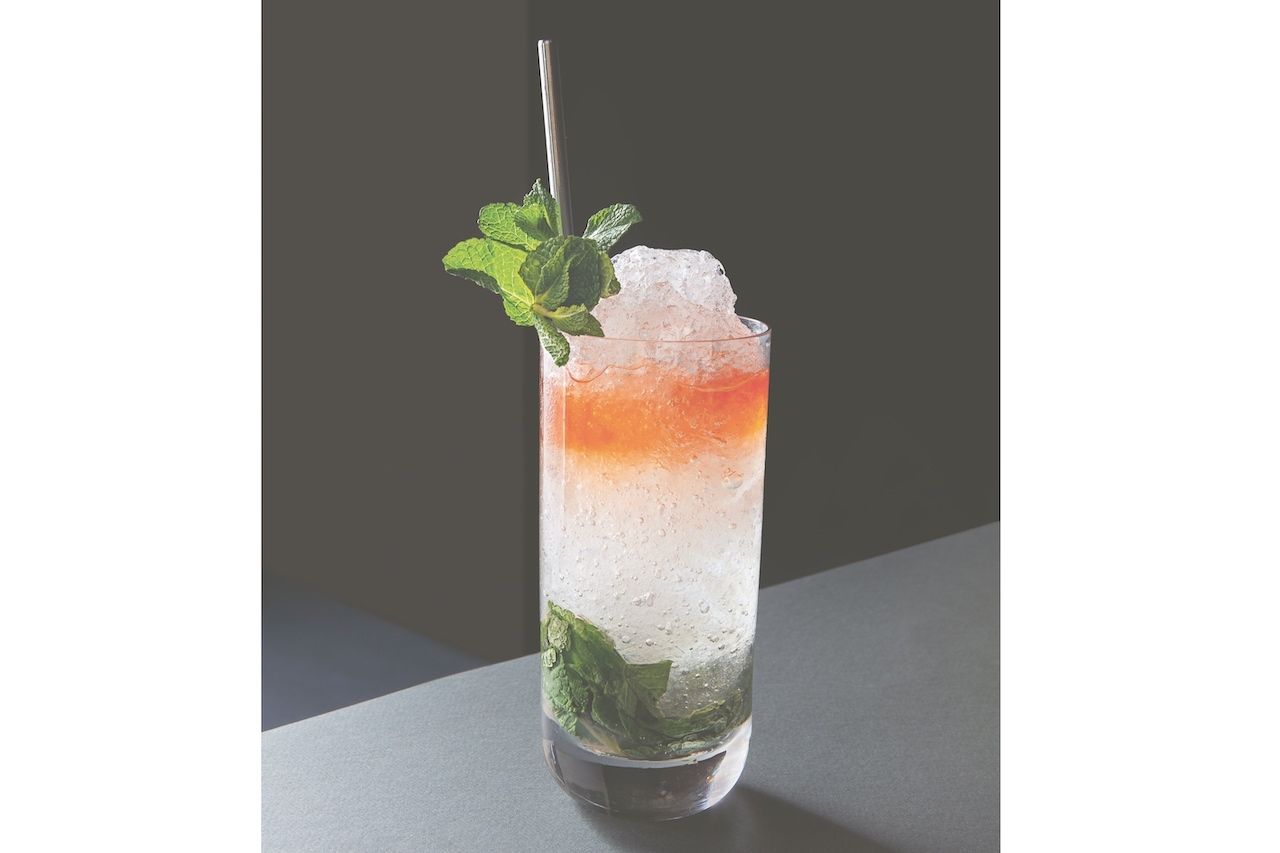 Stillman writes that this tropical cocktail, named for the Queen’s Park Hotel in Port of Spain, Trinidad, is similar to the mojito. It combines mint leaves, simple syrup, white rum, lime juice, and four splashes of bitters on top to create a lovely gradient of color in the glass. 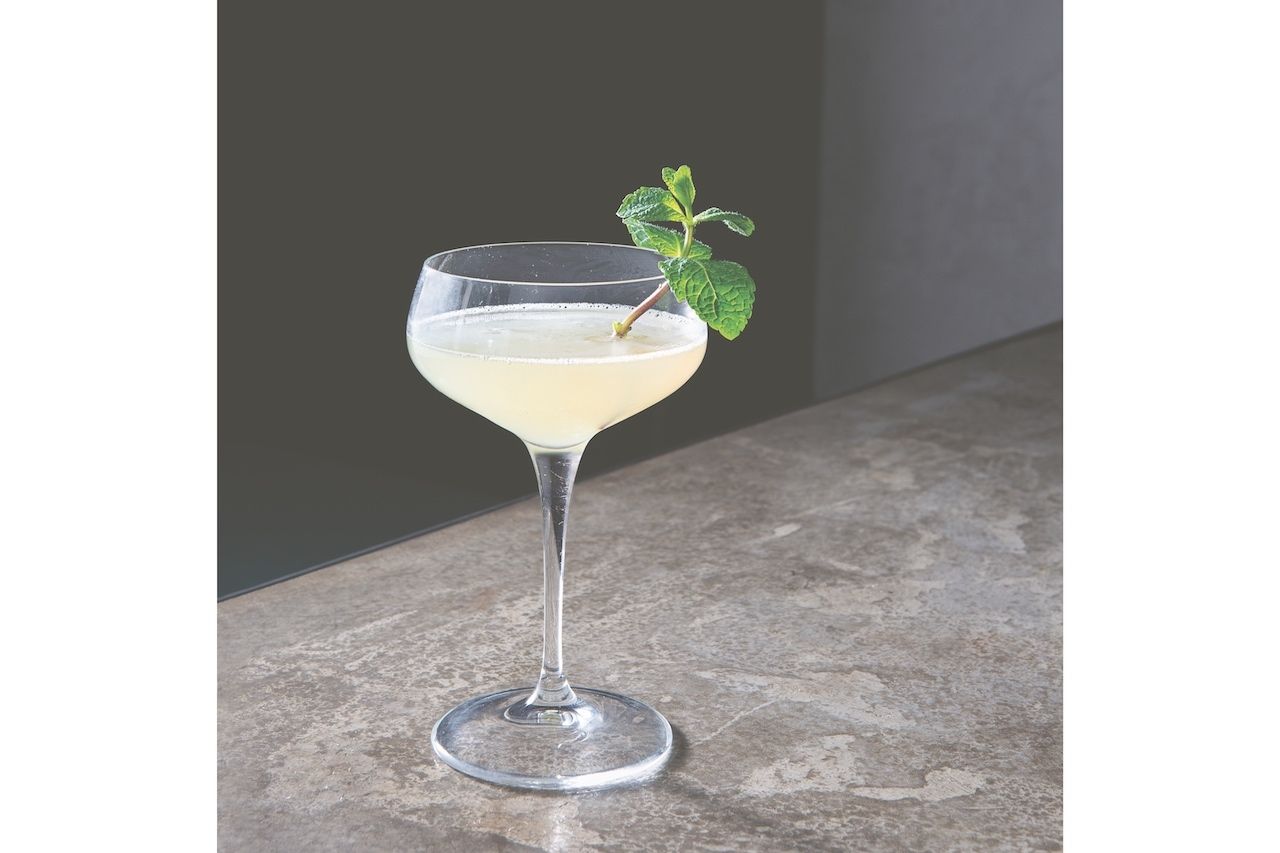 This herbaceous pale yellow cocktail is flavored with Chartreuse and garnished with a mint leaf. Cocktail writer and world traveler Charles Baker called it a “lovely thing, indeed,” and wrote in The Gentleman’s Companion: The Exotic Drinking Book — a chronicle of all his adventures abroad sampling foreign cocktails — that he first came across it in Cuba.

Although one story says a Greek bartender created this cocktail while working for a cruise line around 1929, it’s named for the Grande Bretagne hotel in Athens. It is, perhaps coincidentally, identical to a cocktail called the Douglas Fairbanks — a gin-based, egg-white cocktail that adds in apricot liqueur and lime juice — with one crucial difference: The Grande Bretagne No. 1 adds two dashes of orange bitters. Interestingly enough, the original Douglas Fairbanks was invented in Cuba — almost 6,000 miles from Athens. 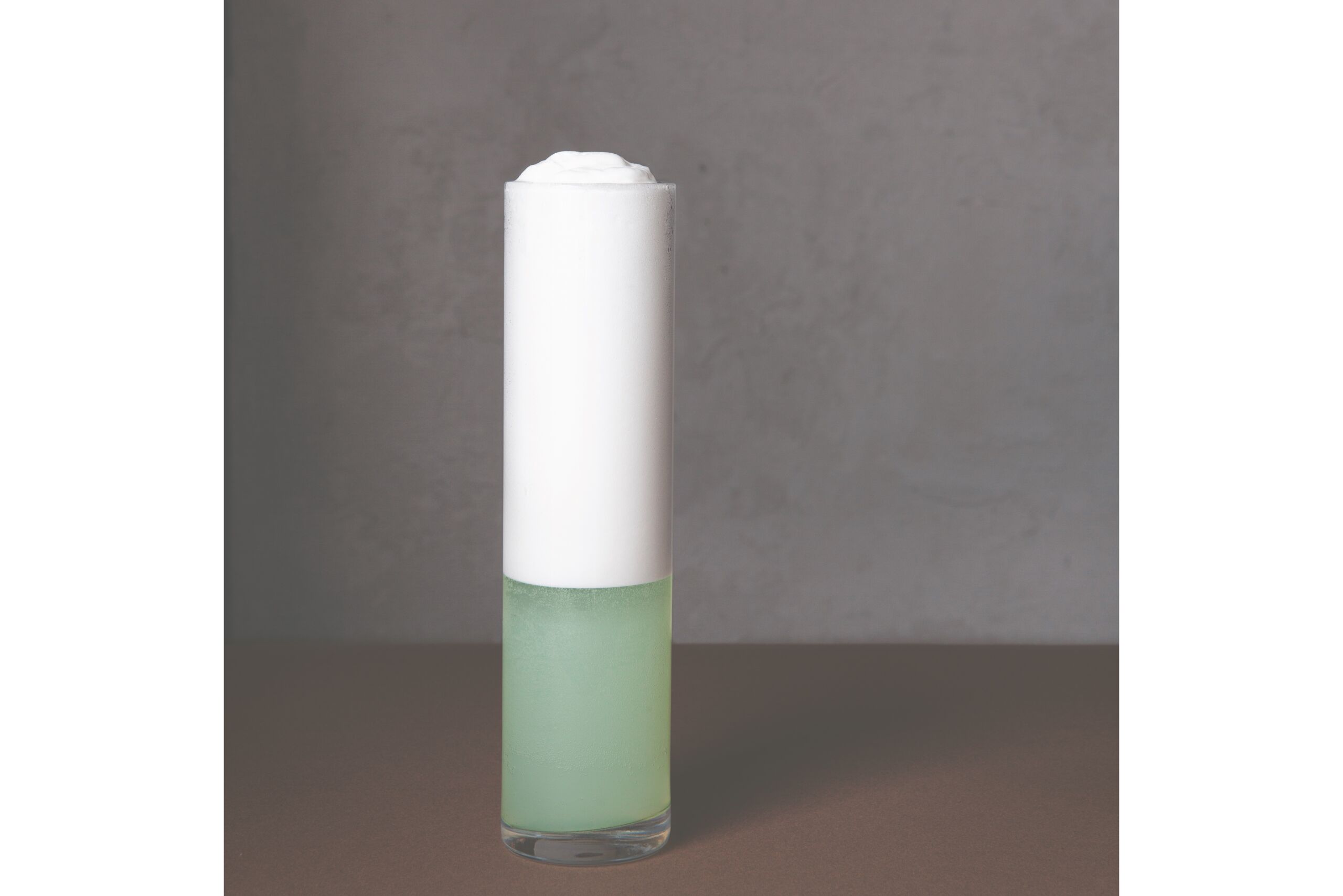 This fizzy cocktail might have a pretty seafoam green color, but its name is actually an homage to the man it was originally made for: musician Cole Porter. Seapea is the “phonetic pronunciation of his initials,” writes Stillman. That pale green color comes from the addition of pastis, an anise-flavored liquor. The recipe likely first appeared in a 1934 cocktail recipe book called The Artistry of Mixing Drinks.

This coffee-flavored cocktail hails from Trøndelag, Norway, where it’s traditionally made with moonshine or pure alcohol. According to Stillman, an experienced karsk drinker drops a copper coin to the bottom of the mug, and then fills the mug with coffee until the coin disappears. “Then you add alcohol until you can see it again,” she writes. If that combination doesn’t wake you up in the morning, nothing will.

A bartender named Salvatore “Pichin” Policastro created this variation on the negroni for the 1954 World Bartender Championship. Policastro is named for the Argentine sport pato, which is similar to British polo. He went on to write Tragos Mágicos, a field guide for aspiring bartenders. 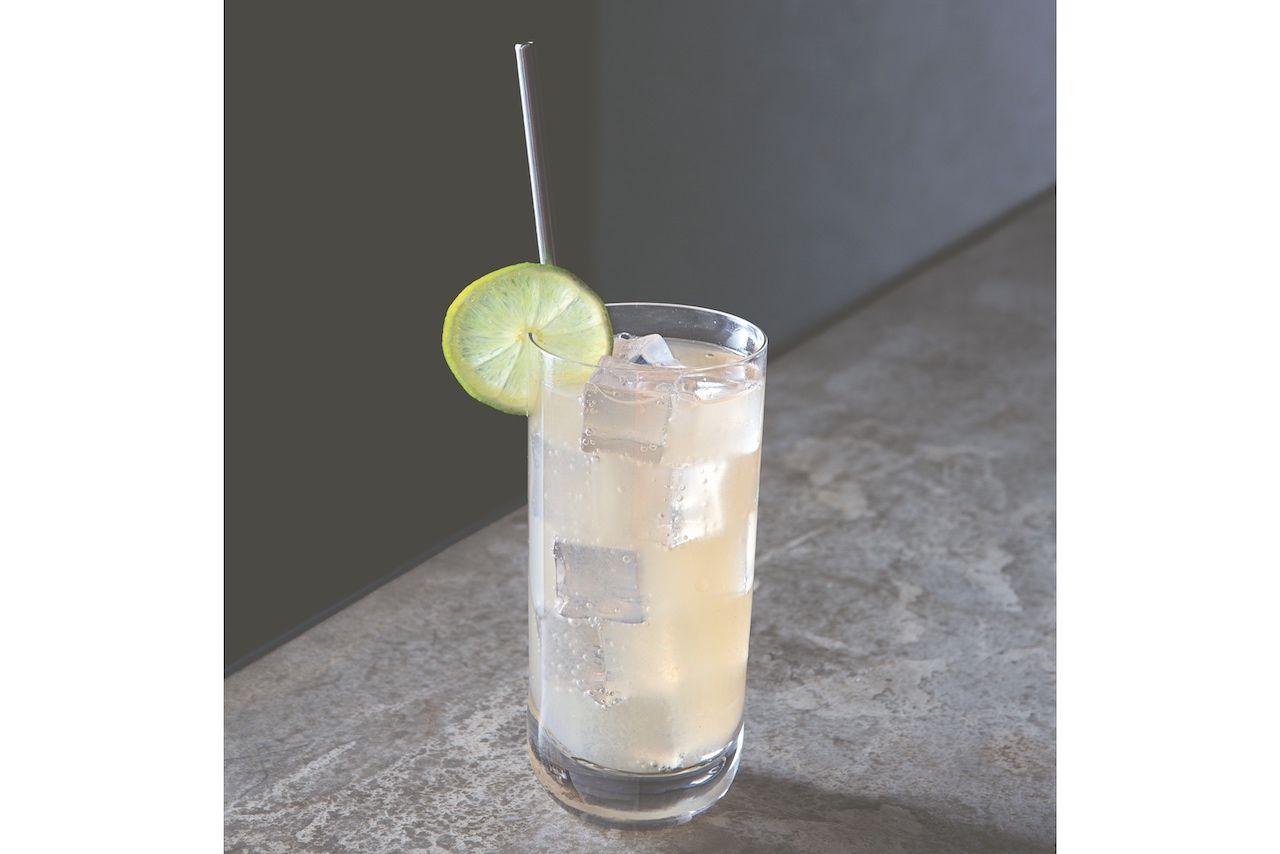 The Chilcano is a variation on a buck — a type of cocktail made with any combination of ginger ale, ginger beer, and citrus juice. Invented in the 1880s by Italian immigrants to Peru, who were inspired by grappa-based cocktails, it includes pisco, lime juice, bitters, and ginger ale. The name comes from a Peruvian soup called chilcano de pescado, which Stillman writes is traditionally “said to revive you after a long night out.” 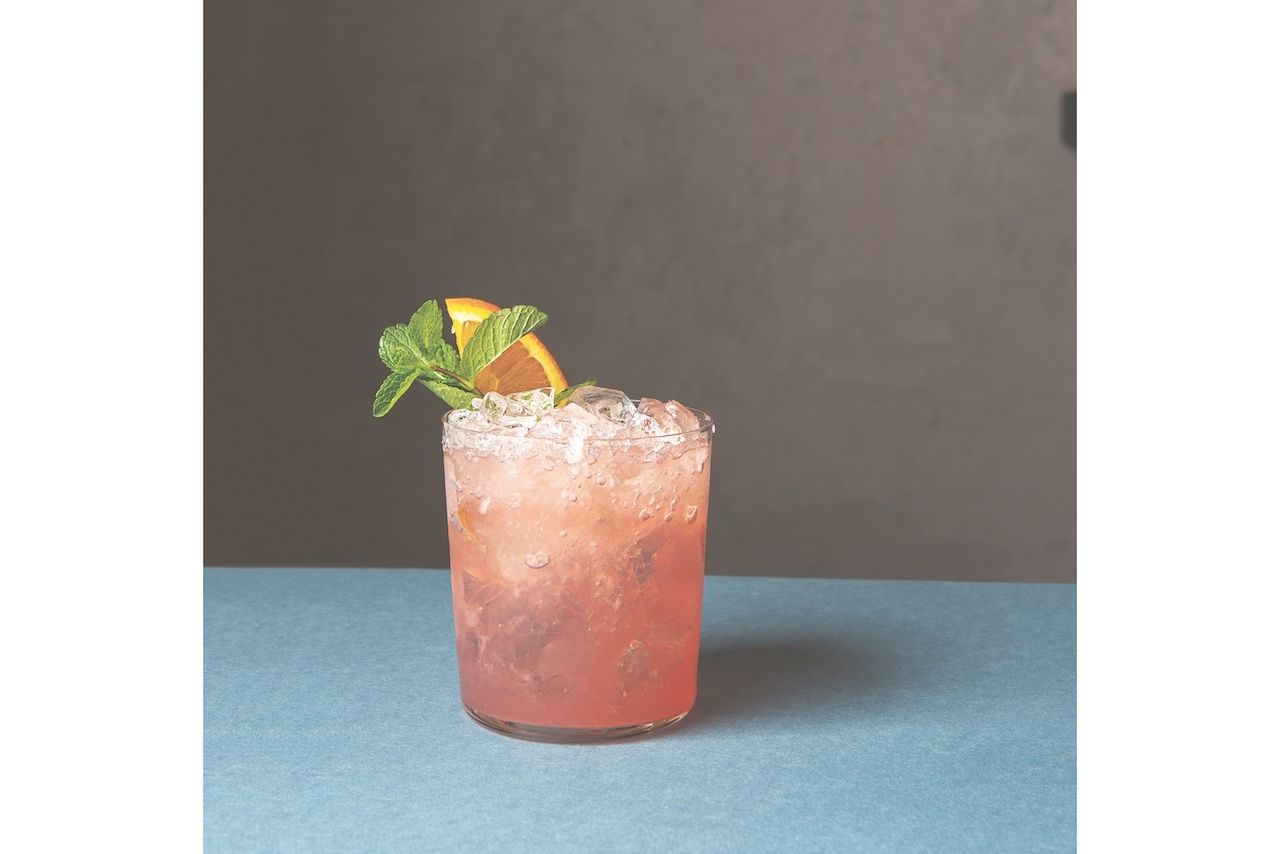 This cocktail is a favorite at one of the most legendary bars in Mexico: Licoreria Limantour. No, it’s not named for the Caribbean country, but rather its key ingredient: hibiscus, which is called jamaica in Spanish. At the bar, the sunset-hued Jamaica Cocktail is served in a traditional clay mug called a cantarito. 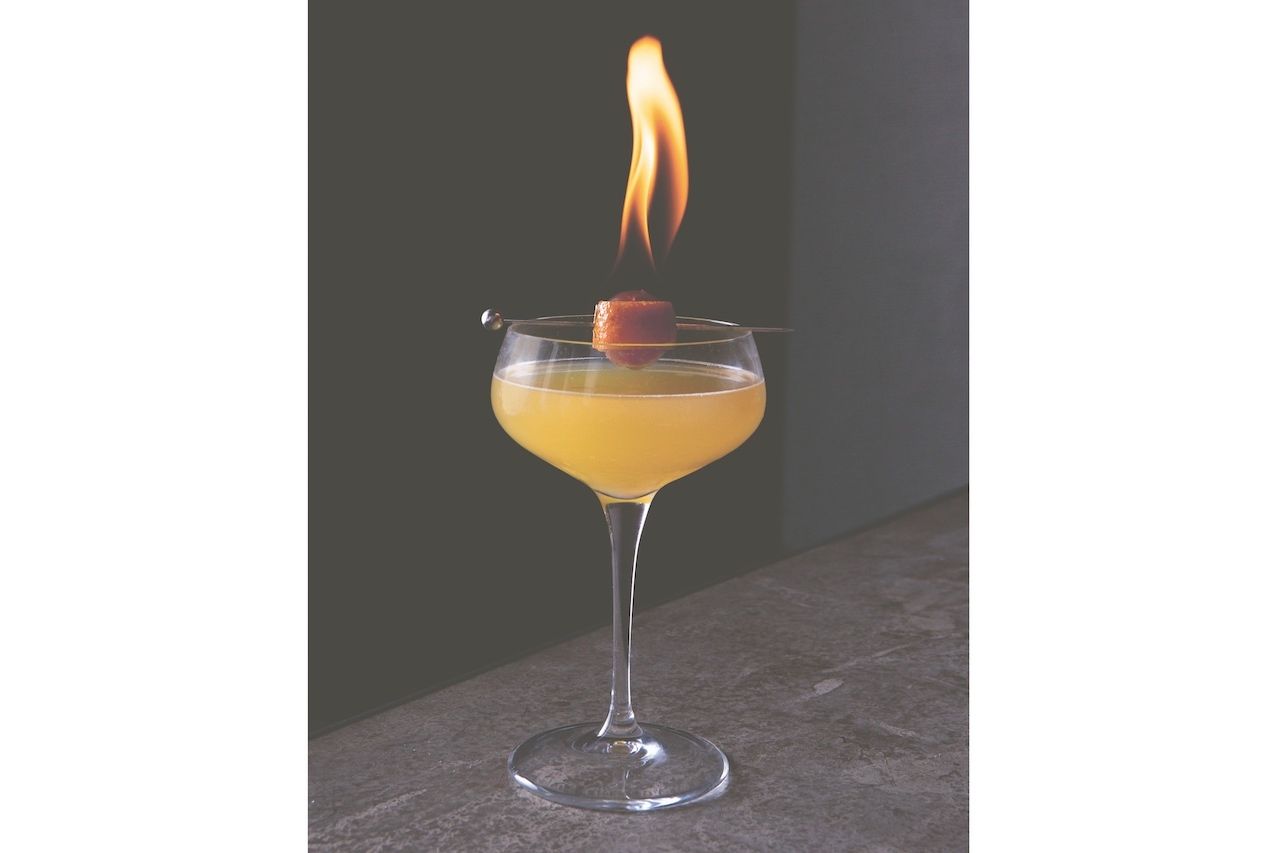 This rum cocktail has a fiery garnish: a slice of orange rind wrapped around a grape and dipped in rum is ignited and dropped into the coupe glass in which it is served. Lime juice and tamarind syrup round out the citrus flavors. Joe Scialom, who created the Suffering Bastard, also invented this drink. It was created around 1958 for the Plaza Hotel in New York City, apparently after Scialom traveled across the Middle East and Caribbean for cocktail inspiration.

The base of this cocktail is genever, sometimes also known as Dutch gin, a juniper flavored liquor popular in the Netherlands, Belgium, and nearby northern France and northwestern Germany. A dash of cayenne pepper gives this cocktail a spicy kick, so memorable that Charles Baker described it as a “rugged bit of a canine fur.” 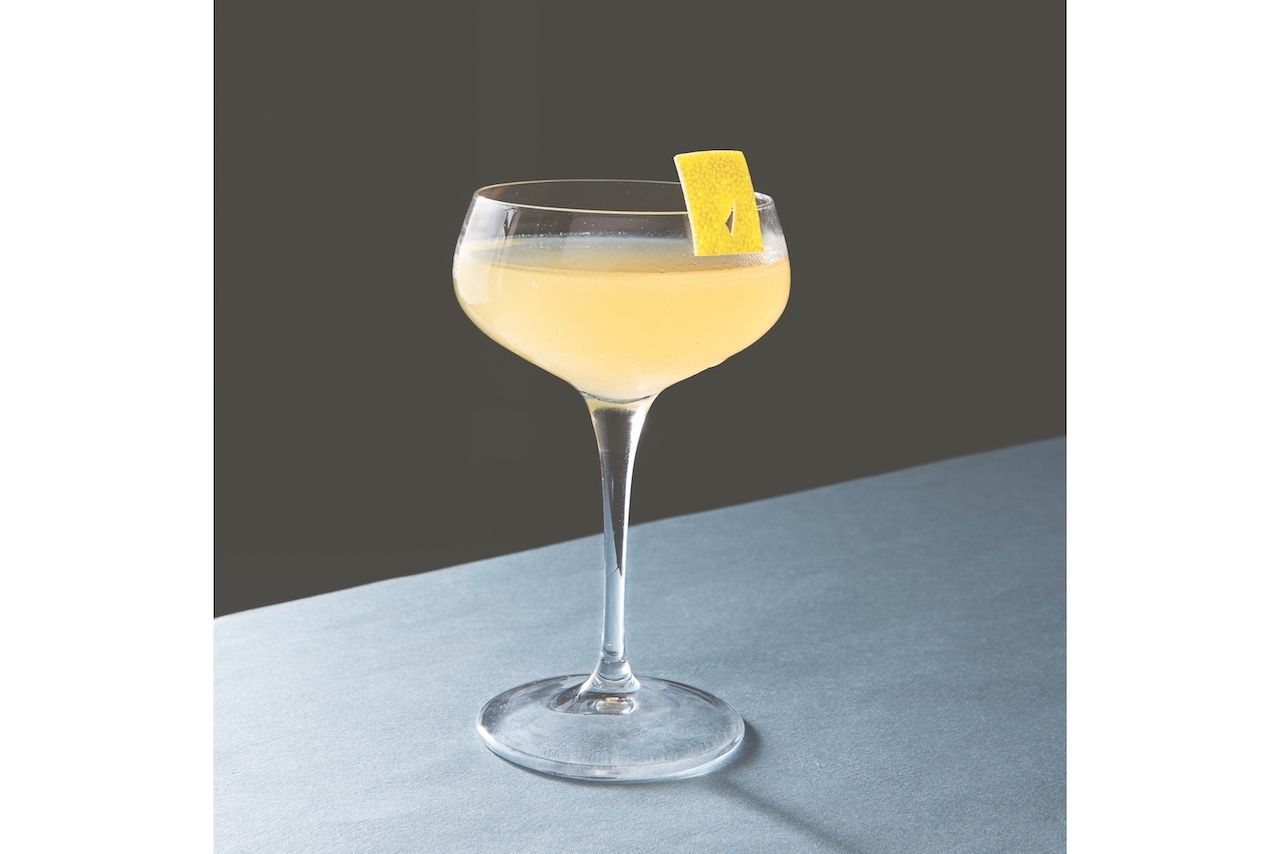 Charles Baker recorded this rum cocktail in The Gentleman’s Companion. He credits its creation to a man nicknamed ‘Monk’ Antrim, who was the manager of the Manila Hotel. Stillman writes that, according to Baker, it was once more popular than the classic dry martini in Manila. 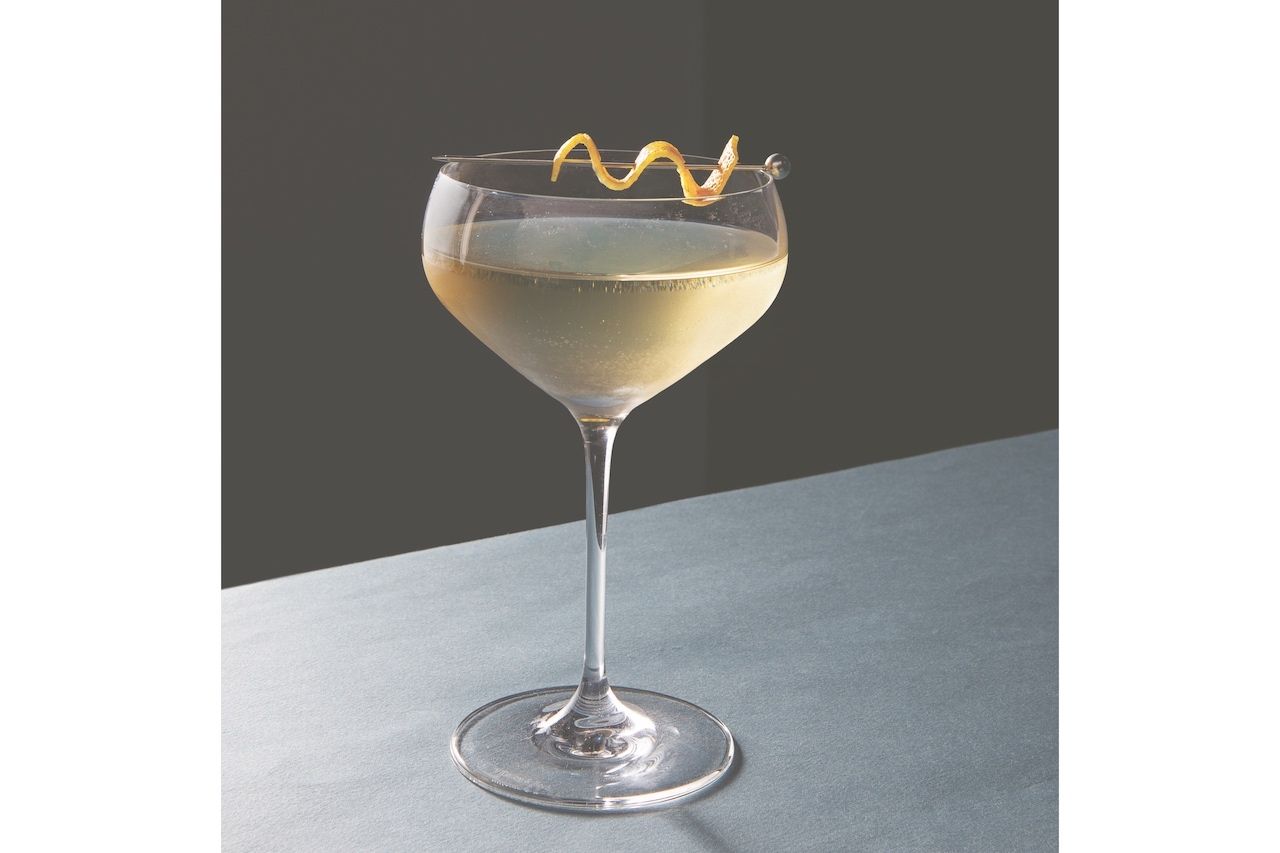 Luis Eppinger, the manager of the Grand Hotel in Yokohama, Japan, invented this cocktail in the 1890s for “visiting dignitaries,” according to Saveur. Another story, detailed by Imbibe, says that Eppinger actually created it much earlier while working in San Francisco. The combination of sherry, dry vermouth, and two types of bitters results in an extra dry drink.

Back when Yangon, the capital city of Myanmar, was known as Rangoon, this gin-based cocktail was the signature drink at its namesake bar, the Pegu Club. A favorite among British colonists, it eventually made its way into the influential Savoy Cocktail Book. The pleasant orange hue of this cocktail reflects its mild citrus flavors that come from lime juice and curaçao liqueur.

Holidays10 Sweet, Spiced, and Warming Mulled Wines From Around the World
Tagged
Books Spirits + Cocktails
What did you think of this story?
Meh
Good
Awesome