The combination of salty, savory, melty cheese and tube-style noodles is one that inspires nostalgia for eaters all over the world. The choice of cheese, shape of noodle, and inclusion of extra ingredients may change depending on the destination, but the fundamental dish is the same: mac and cheese, one of the most recognizable comfort food dishes on the planet. From Brazil and the Bahamas to Germany and Finland, home cooks get the credit for perfecting mac and cheese recipes that are now staples of their national cuisines. Here are eight of the tastiest worth traveling the world to try.

The secret to Brazilian mac and cheese’s satisfying texture is all in the sauce. The key ingredient is requeijão cremoso, a mild ricotta-like cream cheese with a consistency similar to yogurt or condensed milk. Cubes of mozzarella are mixed in for meltiness, and mayonnaise can be added to make the cheese sauce extra velvet-y. Brazilians are also liberal with add-ins ranging from tomatoes to peas, peppers, corn, or olives. Once the pasta is tossed with the sauce, more mozzarella is layered on top, and the whole dish is baked until lightly bronzed. 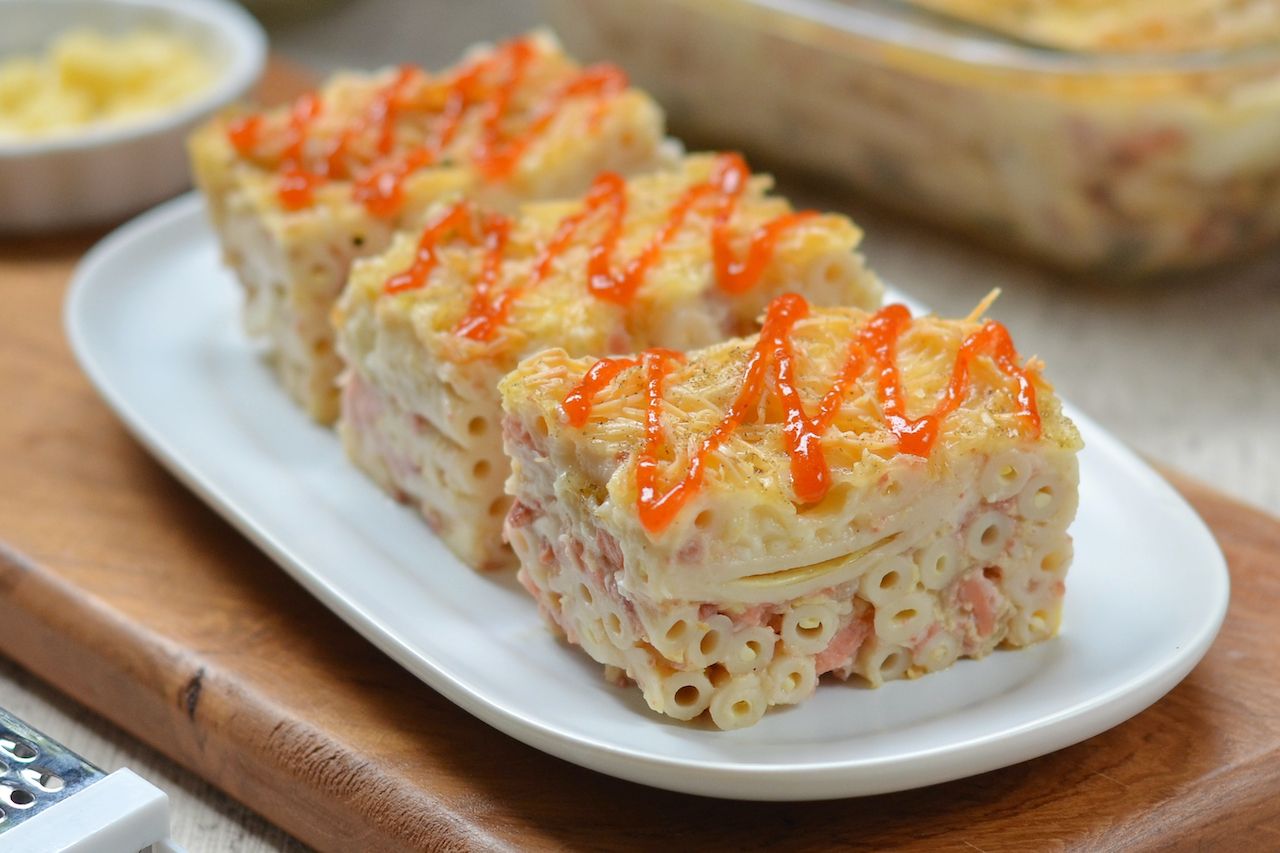 Makaroni schotel, or makaroni schaal, is an Indonesian casserole with roots in Dutch cuisine. Dutch colonizers introduced macaroni-style noodles to the island nation, and the name of this preparation, which may also be referred to as macaroni panggang, literally translates to “macaroni dish” from the Dutch word for the vessel it’s baked in. Meat is a staple addition to makaroni schotel, whether it’s corned beef, sausage, or another animal protein, and cheddar is a go-to cheese. On the side, Indonesians may serve sambal, or chili sauce, for a spicy kick.

Kugel is a Yiddish term that describes any starch-based Ashkenazi Jewish casserole or baked pudding. It’s traditionally served on Jewish holidays, notably the Sabbath. Lokshen kugel refers to kugel made with egg noodles, rather than potatoes, rice, or another starch. It can be sweet or savory, dairyful or dairy-free. Many takes on lokshen kugel incorporate fresh cheese, such as cottage cheese or cream cheese, landing the dish in mac and cheese territory. 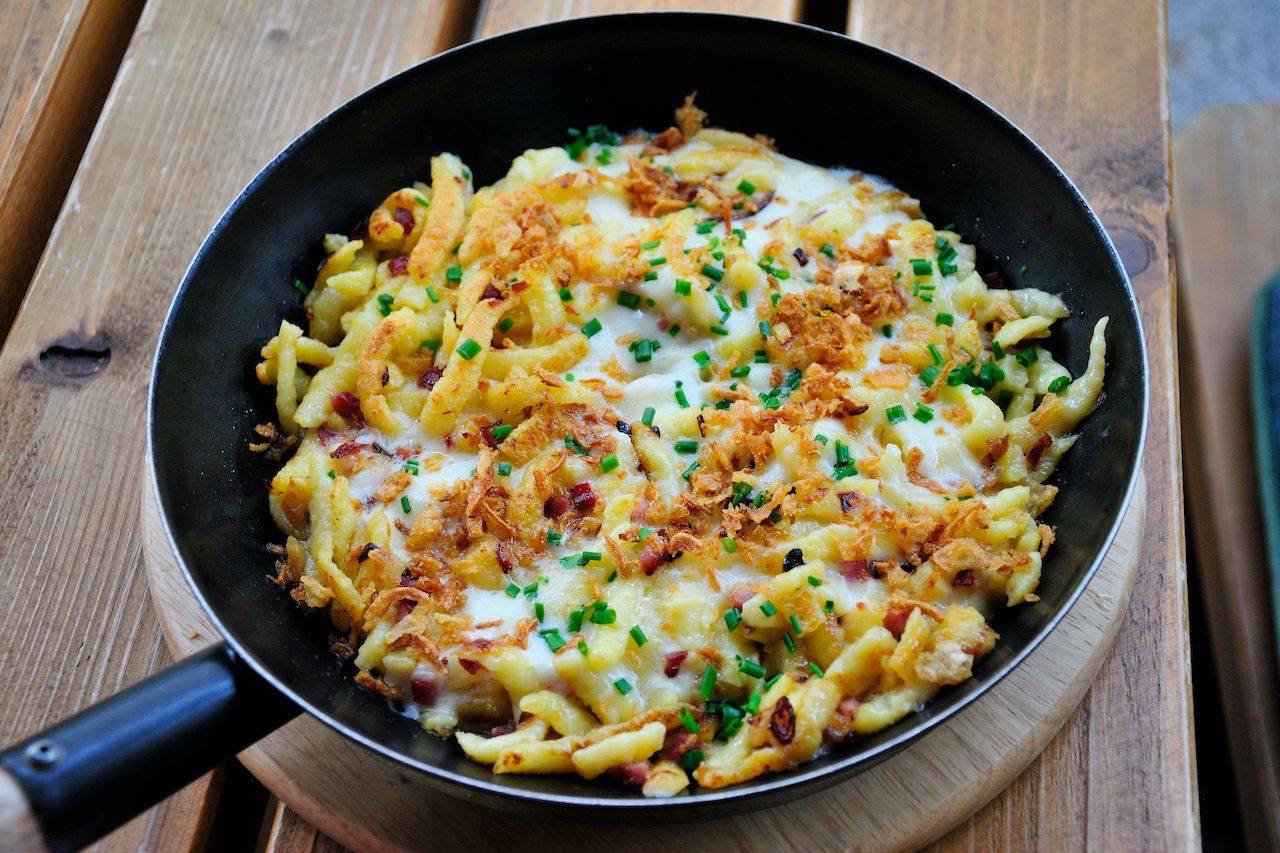 Likened to both pasta and dumplings, spätzle is a small, strand-like German egg noodle. Its origins trace back to Swabia, a medieval region of southwestern Germany where the modern states of Bavaria and Baden-Württemberg now lie, but similar noodles are prepared across Central Europe, from Swiss knöpfle to Hungarian nokedli. In Germany, grated cheese, or käse, is sometimes melted into spätzle, creating a dish similar to mac and cheese. Emmentaler, bergkäse, and other alpine cheeses are most common, though the cheese of choice varies by region. Crispy, crunchy, thinly sliced fried onions are a popular garnish.

Norway’s take on mac and cheese casserole differs from its Swedish and Finnish counterparts in one major way: the use of fish. Cod and salmon are two of the most popular choices. Bite-sized pieces of either fish are combined with macaroni noodles, covered in a bechamel-like white sauce called hvit saus, topped with a layer of breadcrumbs, and baked until golden brown. Cheese is technically optional, but the creamy, savory sauce creates a similar effect even when cheese is omitted. Peas, broccoli, and other veggies may be added to the mix. 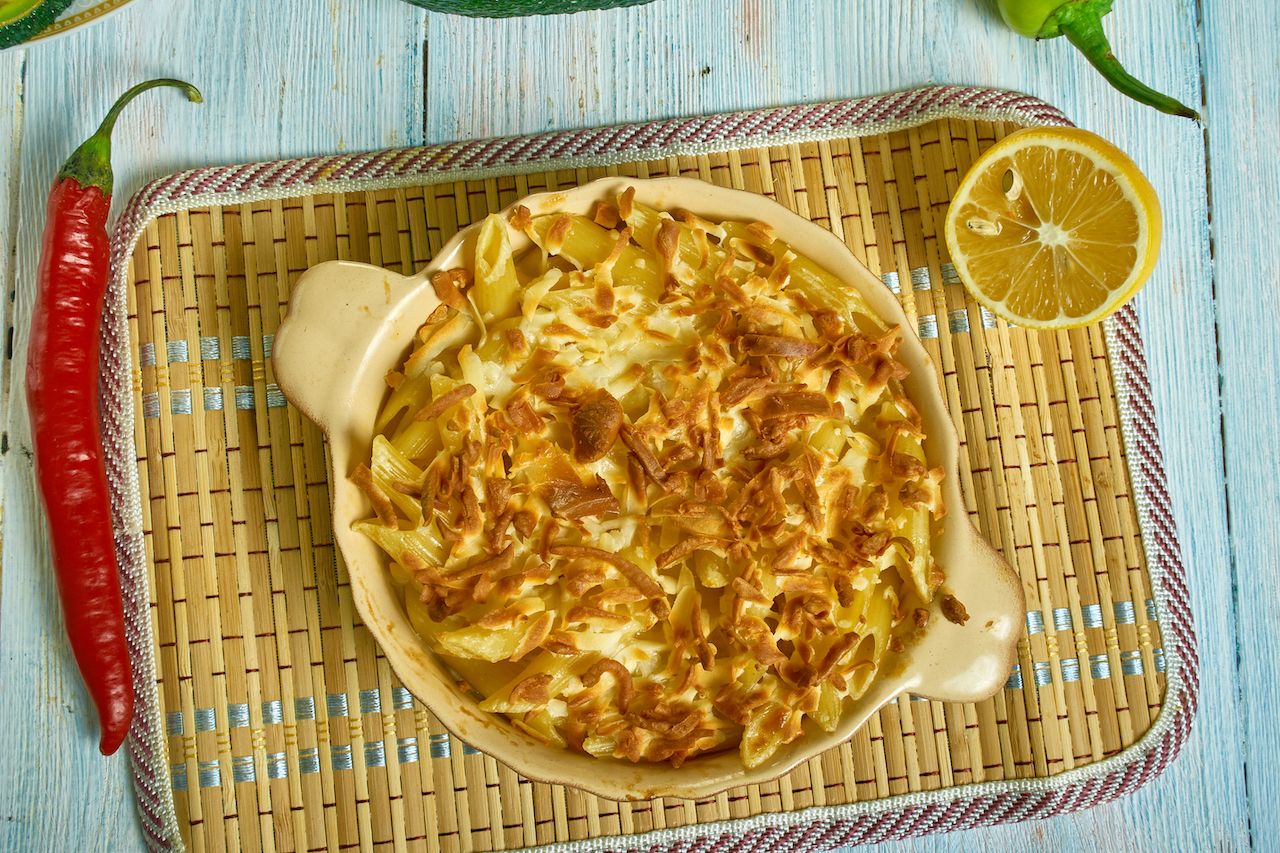 A staple side dish at family gatherings, Bahamian mac and cheese is baked like a casserole and served in squares like lasagne. Though the cooking method is shared by multiple dishes on this list, the Caribbean-style preparation has a distinct flavor owing to a handful of specific ingredients: green bell peppers and spicy habaneros, for example, as well as spices like paprika for a smoky touch and some extra heat. Perhaps the biggest departure from mac and cheese casseroles prepared elsewhere is the use of canned evaporated milk, which Bahamians began using when fresh dairy was hard to find and is now integral to the recipe.

Cheesy macaroni casseroles are eaten throughout Scandinavia. Finland’s makaroonilaatikko is a particularly popular dinnertime dish, one that can be made from scratch or purchased pre-prepared from grocery stores. It typically incorporates ground beef or other minced meat and is traditionally served with lingonberry jam, although ketchup may be used as a substitute. In Sweden, a similar dish called makaronipudding combines macaroni, cheese, ham, and leeks. 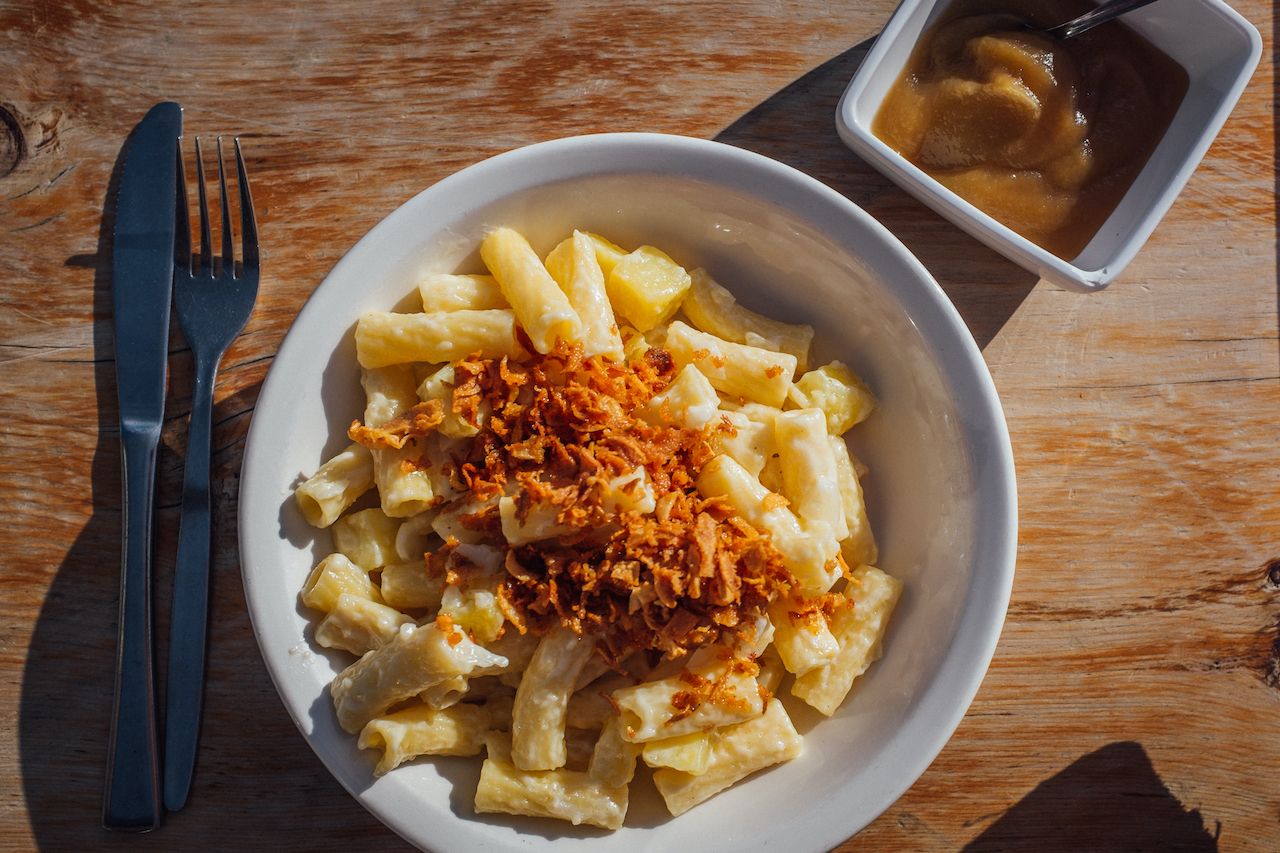 Älplermagronen, or alpine macaroni, presents all the familiar flavors of mac and cheese with a few tasty additions. Traditional Swiss cheeses such as gruyère impart nutty notes while cubes of potatoes add texture, both when eaters bite into them and by releasing starch as they cook. Combined with milk or cream, this makes Swiss mac and cheese particularly hearty, as does the addition of bacon or sausage. Any tubular pasta will do for the base, though macaroni or elbow-like hörnli are most common. Once cooked, onions and extra bacon or sausage bits can be used for garnish, and a side of applesauce contributes a complementary sweetness.