A film’s setting usually takes a backseat to the plot, unless of course, the setting is Hawaii. Movies filmed in Hawaii range from cheesy comedies to dramatic Academy Award winners, but they all share a strong sense of place that ignites the audience’s imagination long after the credits roll. Even if the movie itself has no comedic or cinematic value, somehow the alluring tropical backdrop is enough to make an indelible impression on the audience. You might not care for Adam Sandler’s jokes or have any interest in surfing, but who wouldn’t want to look at stunning images of Hawaii for an hour and a half? These films are more than just entertainment — they also give you the unquenchable urge to jump through the screen and live the Hawaii lifestyle for yourself. 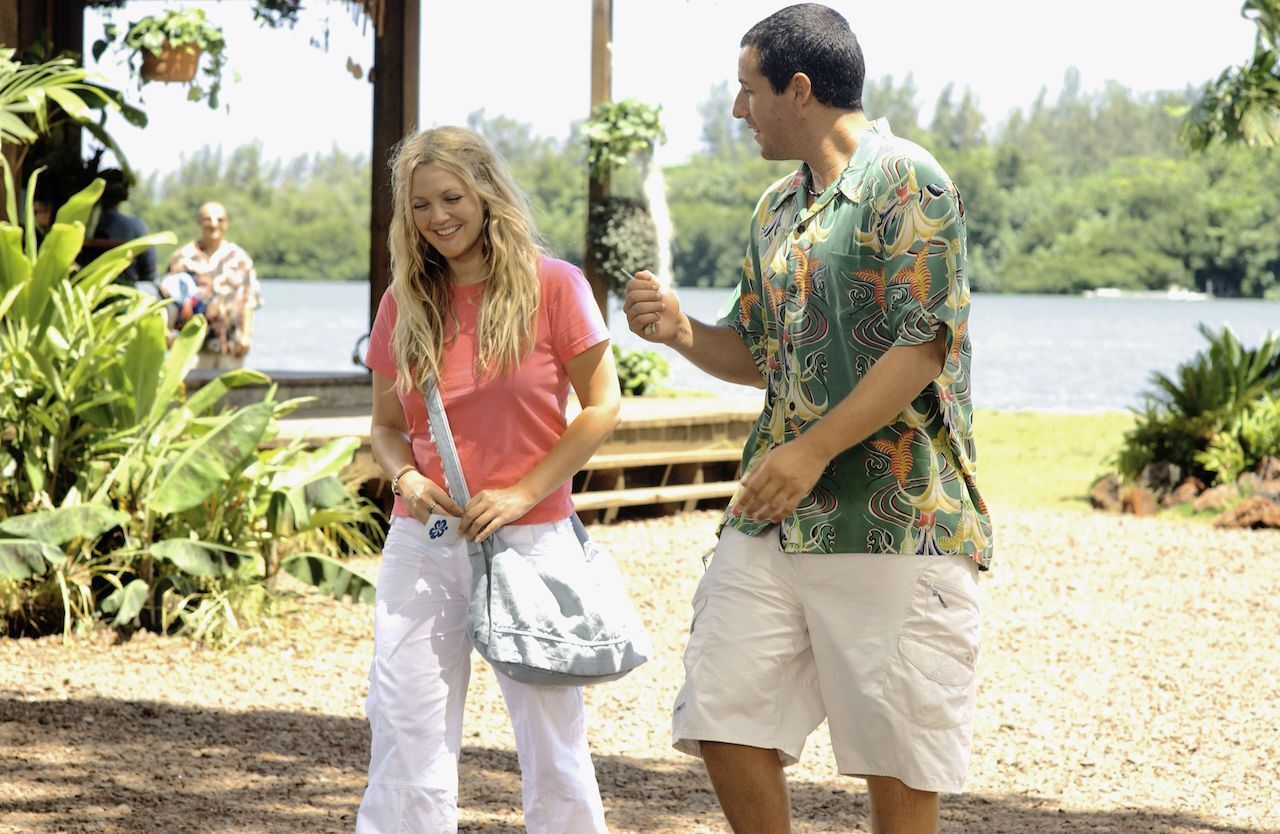 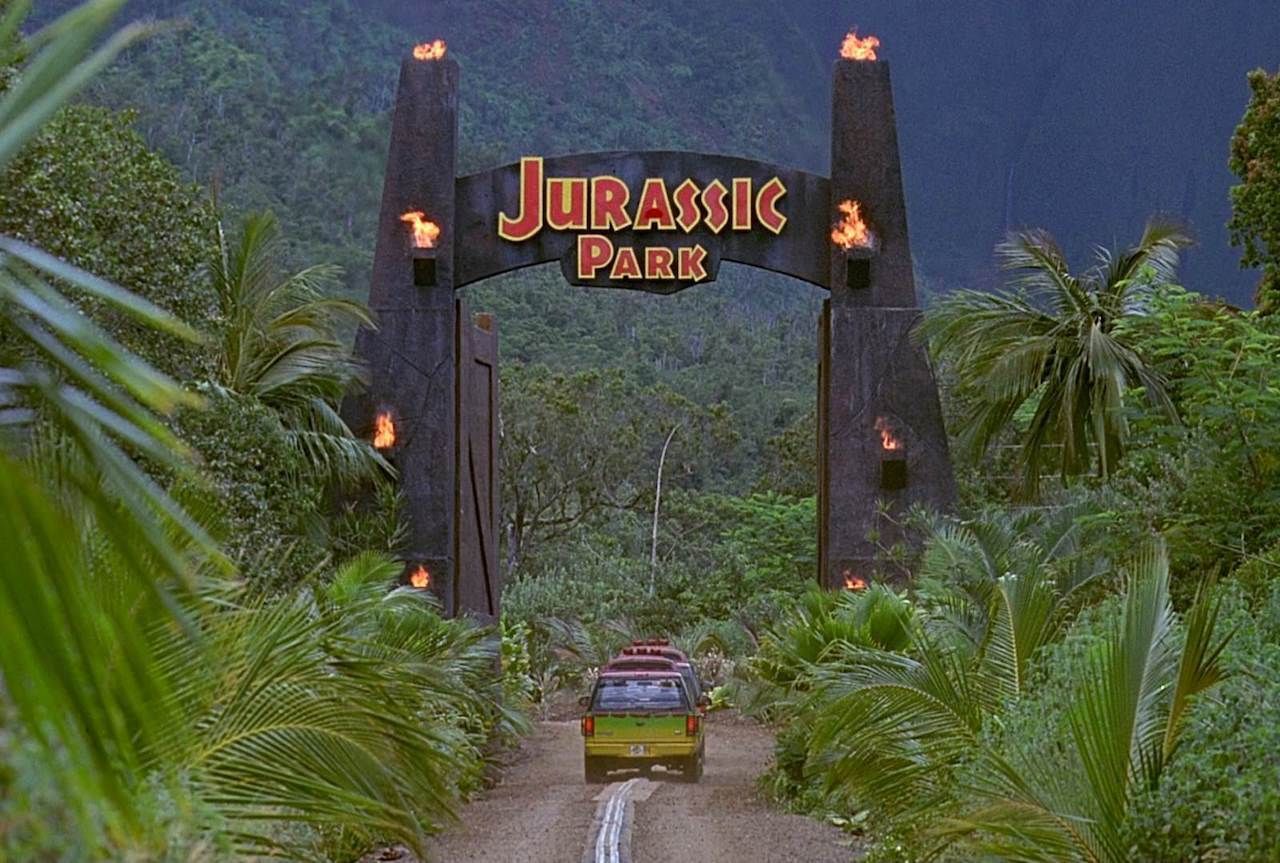 Technically Jurassic Park takes place on the fictional island of Isla Nublar, off the west coast of Costa Rica, but the movie’s landscape is so iconic and memorable that it couldn’t be ignored. The dinosaurs are the real heavyweights of the plot, but they must vie for screen dominance with the dramatic landscape of Hawaii itself. Spielberg filmed at locations across Kauai, Maui, Oahu, and Ni’ihau, with Oahu’s Ko’olau Range and Kauai’s Waimea Canyon. One of the most epic scenes in the movie, of a group of dinosaurs running through a valley, was filmed at Kualoa Ranch — yes, the same location as the cafe from 50 First Dates. 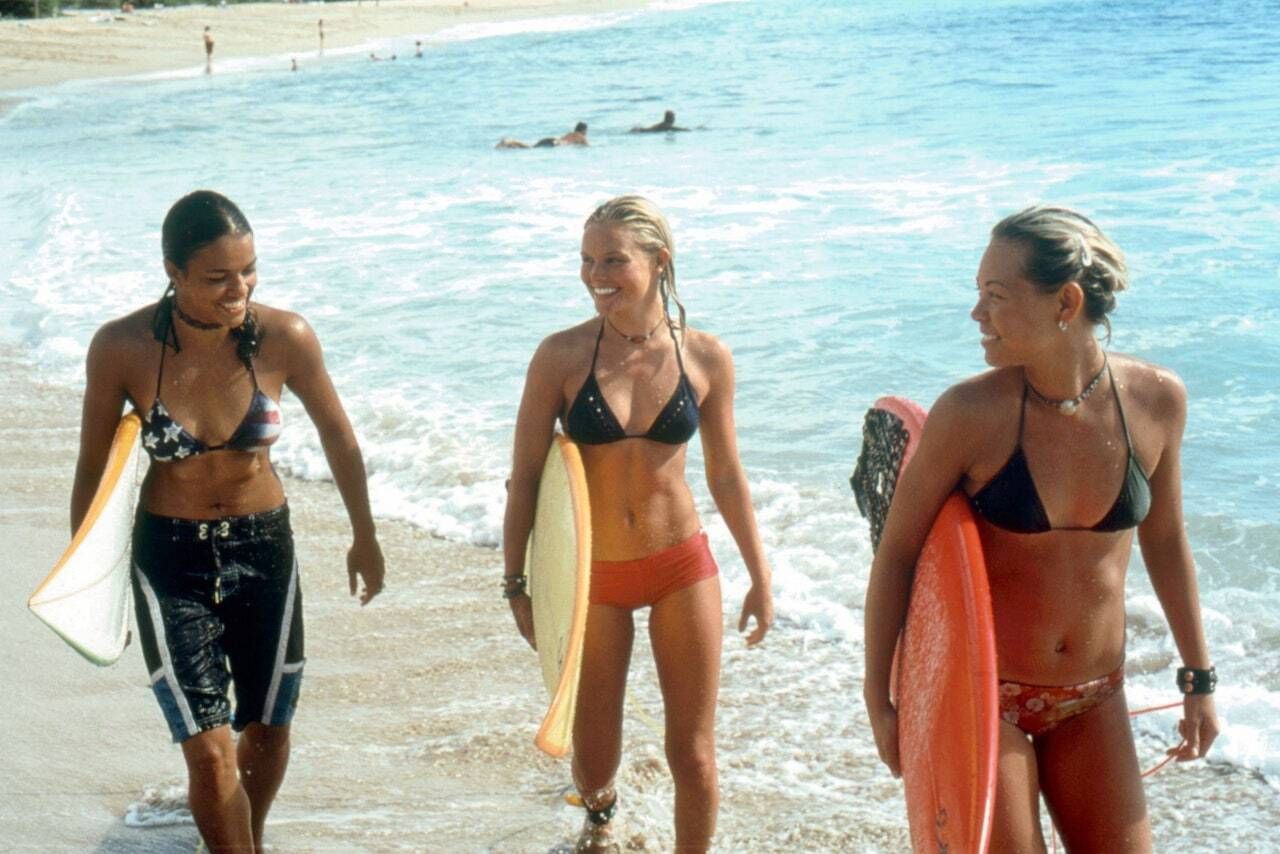 When you think about classic Hawaiian surf films, Blue Crush is the first one that comes to mind. Filmed all across Oahu, including the North Shore, Makaha, Waikiki, and the Marriott Ihilani Resort at Ko Olina, Blue Crush epitomizes Hawaiian surf culture and inspired female surfers everywhere to embrace their inner badass. 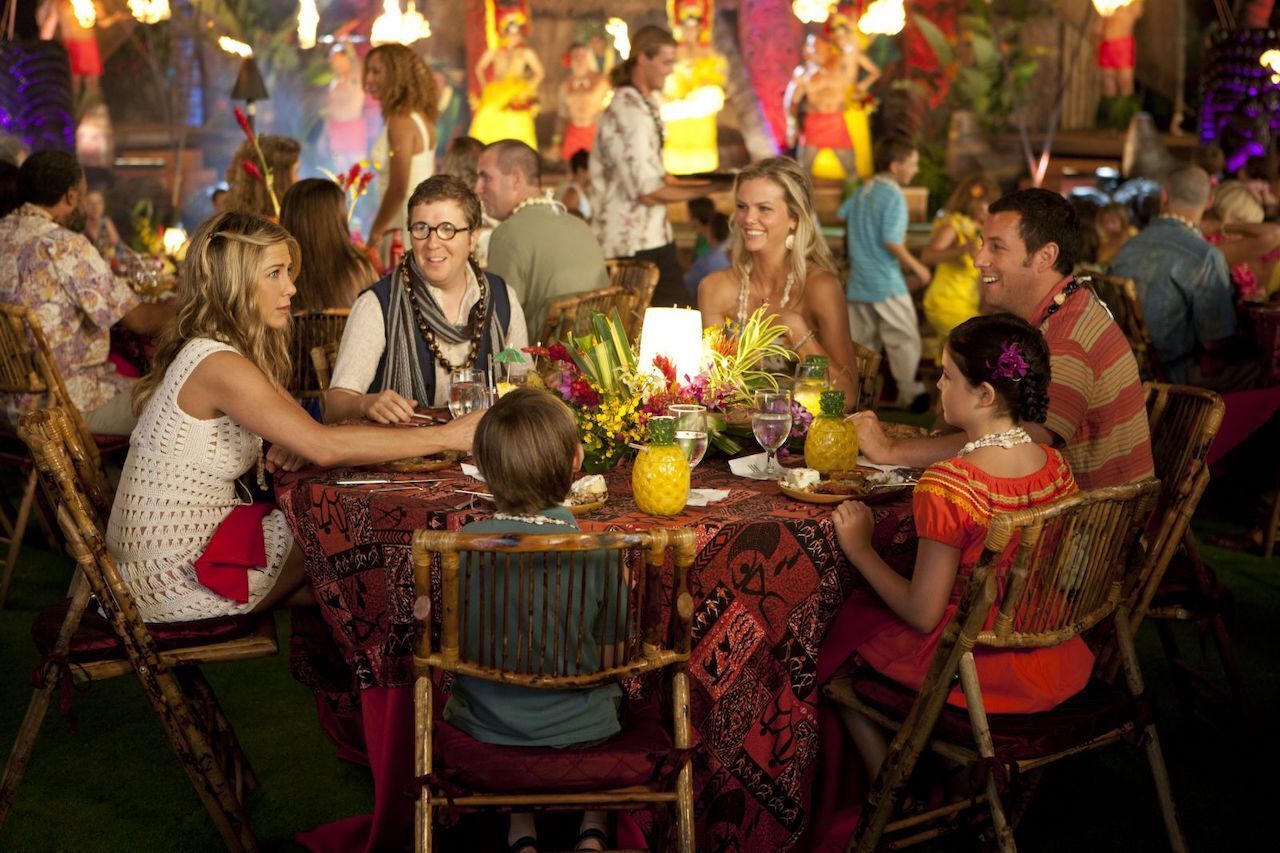 Although not quite the classic 50 First Dates is, Just Go With It is another Adam Sandler film that puts Hawaii at center stage. And you better believe the lush, tropical setting works overtime to compensate for the movie’s lackluster plot. Adam Sandler plays a plastic surgeon who brings his children and fake ex-wife (Jennifer Aniston) to Hawaii to impress his new girlfriend (Brooklyn Decker). As you’d probably expect, the most memorable things about the movie are the dolphins, Maui’s waterfalls and beaches, and the luxurious oceanfront resort (the Grand Wailea). You’ve gotta hand it to Sandler for finding excuses to keep filming in one of the most beautiful places in the world. 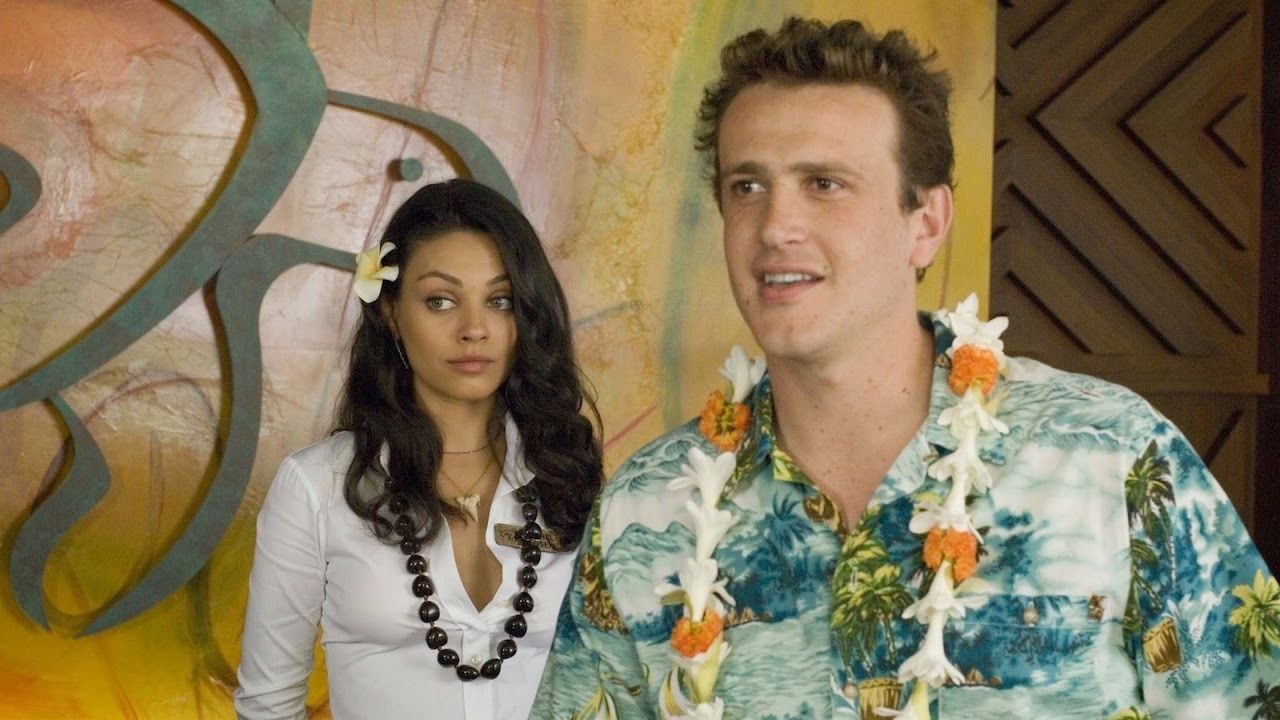 Yet another Hawaiian comedy classic, Forgetting Sarah Marshall tells the story of a lovesick man (Jason Segel) who takes a trip to Hawaii to forget about his ex-girlfriend (Kristen Bell), only to learn she’s staying at the same resort. An equally major character is the Turtle Bay Resort (its real name and name in the film) on Oahu where the movie was filmed. Nearly the entire movie takes place around the resort, but those familiar with Hawaii might also recognize Laie Point where Segel’s character jumps from the cliffs or Mokuleia Beach to the island’s northeast. 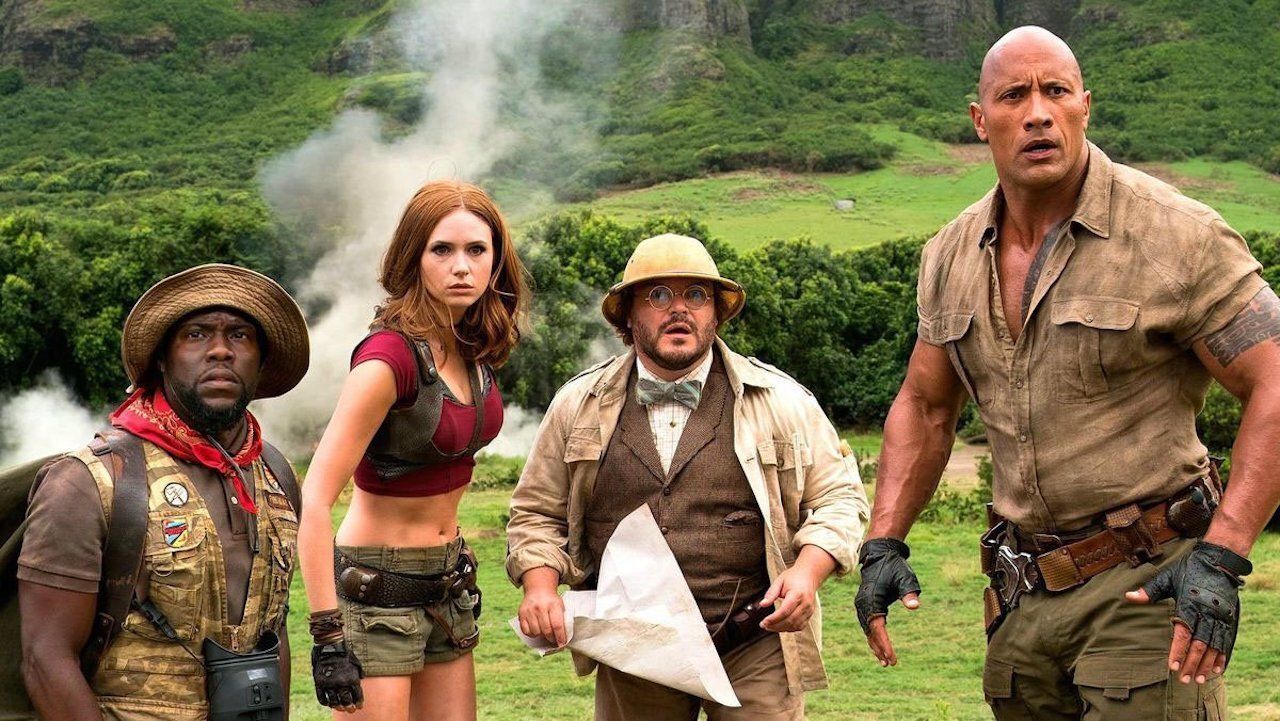 The 1995 original might be more fondly remembered than the remake, but The Rock’s version really gives you the itch to visit a tropical island. Although the setting here isn’t supposed to be Hawaii specifically, it certainly puts the Aloha State’s rugged, adventurous character center stage. The movie was largely filmed on Oahu, at Kawela Bay, Waimea Valley, the Judd Trail in Nuuanu Valley, Kapena Falls, and the ever cinematically present Kualoa Ranch. On the island of Hawaii, you might recognize Kawainui Falls from the film. 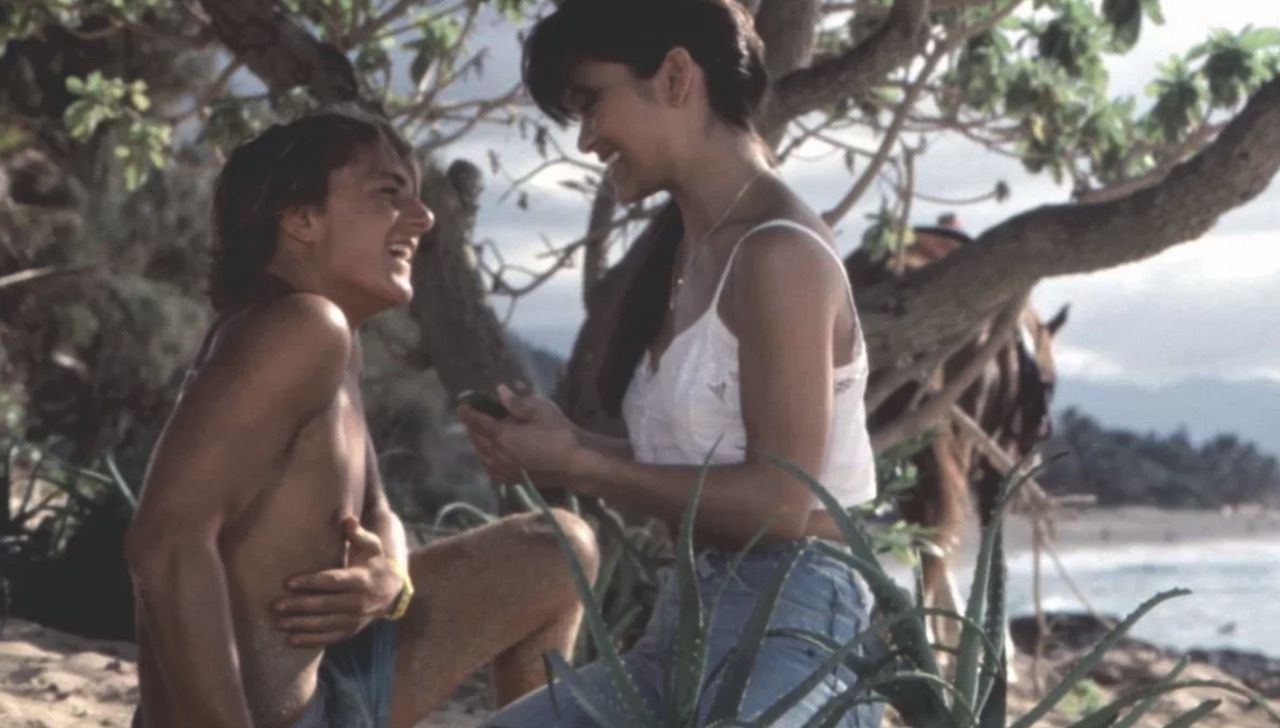 One of the most popular surf films in Hawaii itself, North Shore showcases some of the island’s most epic and recognizable surf spots. It follows a surfer from Arizona who goes to Oahu to chase waves and try to make it as a pro surfer. Filmed entirely on Oahu’s famous North Shore, the movie captures the essence of Hawaii’s surf culture and will definitely inspire both pro and would-be surfers alike to make a pilgrimage to Hawaii. 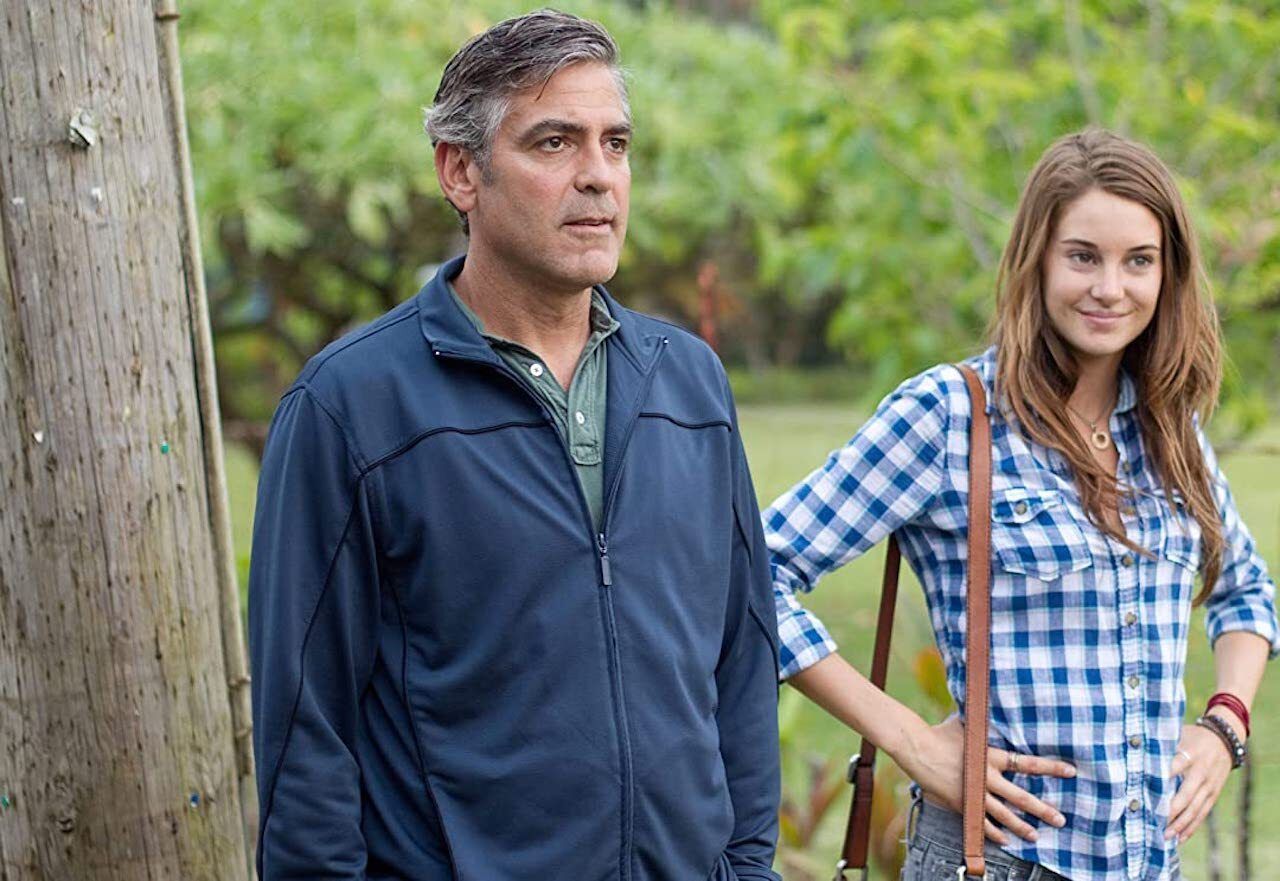 The Descendents gives audiences a dose of Hawaiian reality. Rather than saturating the screen with an abundance of white sand, palm trees, waterfalls, and coconut cocktails, this George Clooney flick was set and filmed primarily in Honolulu and around Hanalei Bay. The movie is based on a novel by Kaui Hart Hemmings, a Hawaiian-born writer, and focuses on a man who must decide if he should sell his family’s 25,000 acres of land on Kauai. It’s darker and more emotional than most films set in Hawaii, showing audiences a different side of the tropical islands that may make you want to visit even more. 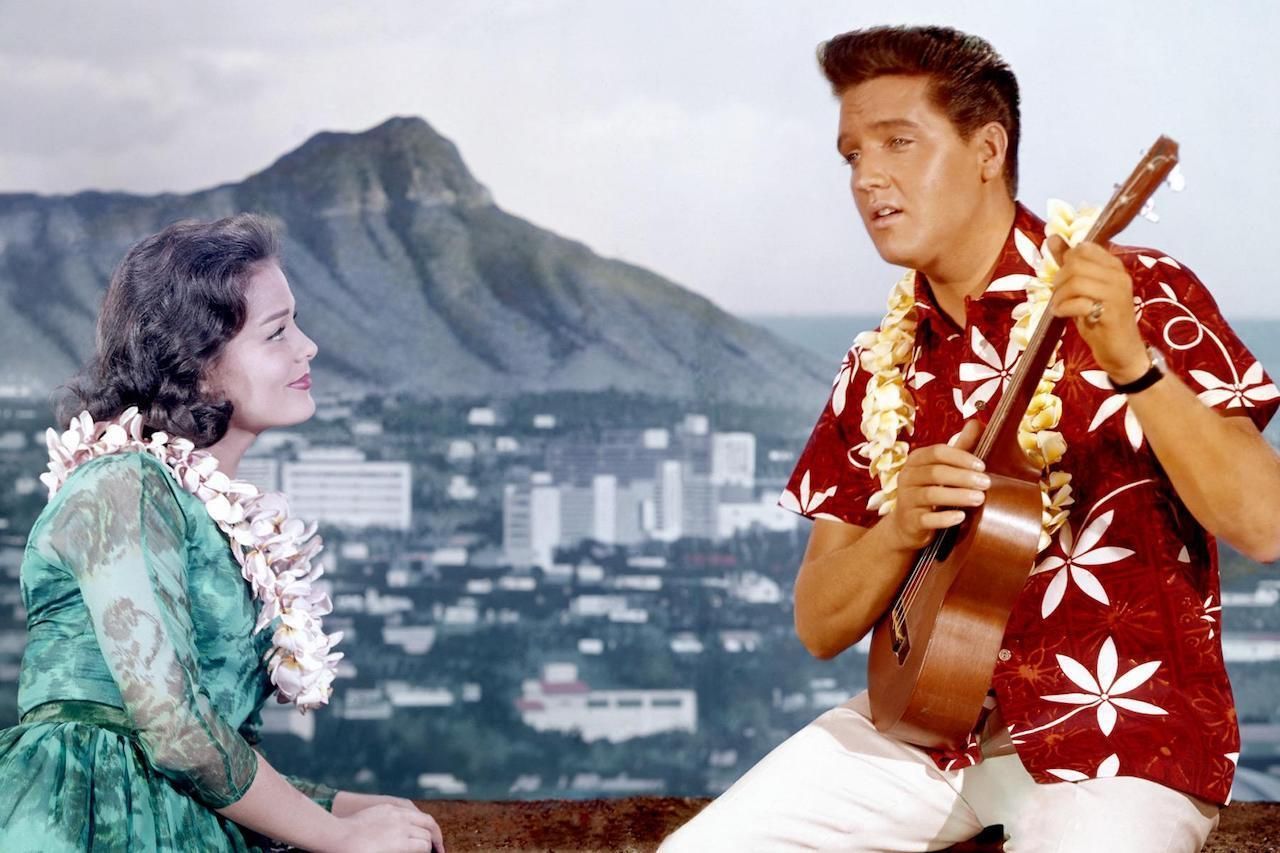 Blue Hawaii has it all — Elvis, Hawaii, and campy 1960s humor. The first of Elvis’s three films shot in Hawaii in the 1960s, Blue Hawaii is about a surfer whose mother wants him to take over his father’s Great Souther Hawaiian Fruit Co. Instead, Elvis’s character prefers to work as a tour guide with his girlfriend. The plot (and cinematic merit) doesn’t go much deeper than that, but the film did highlight Hawaii as a beautiful and desirable destination for audiences. It was one of the first movies to promote Hawaii as a tourist destination for Americans, and so played a relatively important role in the state’s burgeoning tourism industry.

National ParksThe Most Amazing Beaches in Kauai You’ve Never Heard Of
Tagged
Movies Hawaii, United States
What did you think of this story?
Meh
Good
Awesome