It seems pretty obvious that attempting to pet the largest mammals in North America is a terrible idea, but some people need to be reminded of the danger of stroking the fur of a 2,000-pound, horned wild animal, so here we are.

The issue of visitors petting bison has become so serious that the National Park Service felt it was necessary to issue a safety guide, outlining the proper interaction between visitors and bisons. It’s pretty straightforward: Don’t touch them. At all. Ever. No matter how fuzzy they look, no matter how many likes it’ll get you on Insta, just don’t do it.

In a humorous diagram published on Facebook, the National Park Service outlined the areas you shouldn’t touch a bison. Spoiler alert: It’s all of them. Unless you want to end up in the hospital or die.

It might sound like these instructions are unnecessary, but there have been a string of incidents this year involving visitors and bisons. On July 23, a nine-year-old girl was charged and tossed in the air by a bison in Yellowstone National Park while standing a mere five to 10 feet from a group of the animals. On July 27, a teen was injured by a bison at Theodore Roosevelt National Park in North Dakota. 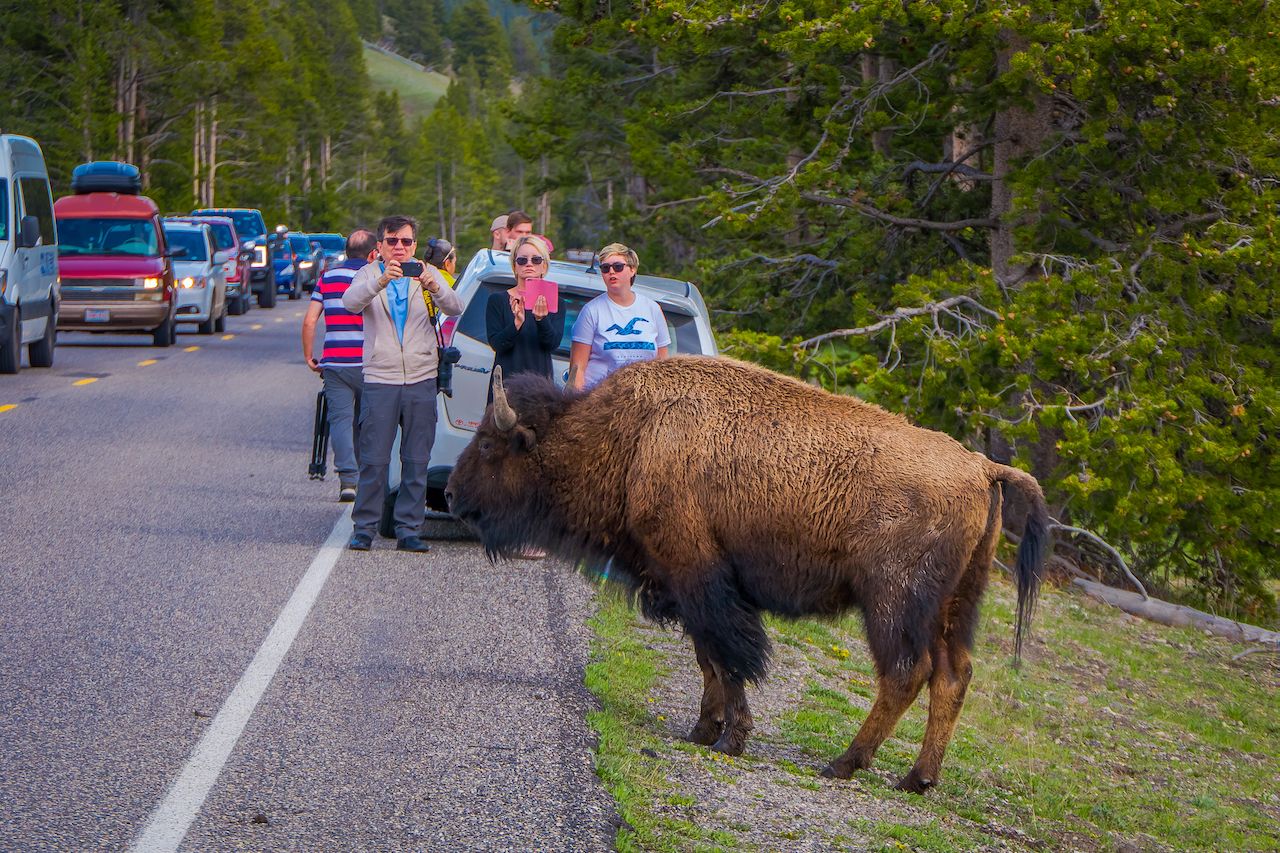 The National Park Service advises visitors to give wildlife at least 25 yards of space, and 100 yards for large animals.

TravelMeet the First National Mammal of the United States
Tagged
News National Parks Wildlife
What did you think of this story?
Meh
Good
Awesome