The great food scene of Portland, rivaling those in San Francisco and New York, is one of the reasons more than 30 million tourists visited the city and its area in 2018. But the vast majority of those visitors never reach the state’s high country and vast coastal expanse — and it’s quite a shame. Oregon is stunningly beautiful, a landscape of rocky coast and the towering Cascade Mountains. Outside Portland, the state is rich in cultural and historic attractions, as well as beautiful natural spots, unknown to most people beyond the state’s rural residents. You’re missing out if you don’t check out these spots. 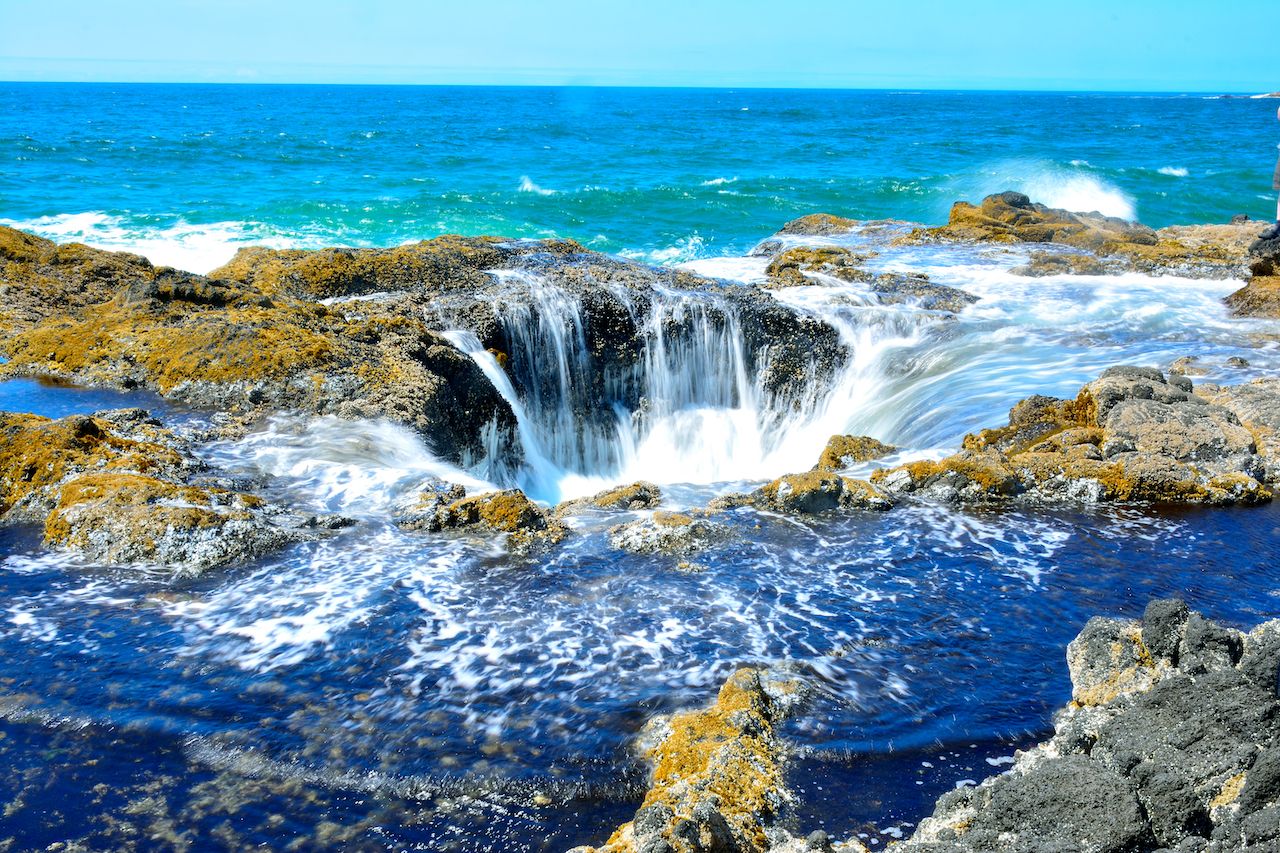 This stretch of the state’s central coast is rugged even by Oregon standards. The steep sides of forested and grassy mountains stop just shy of the ocean, separated from the foaming water by a slim stretch of rough volcanic rock. Here, the water hits land and spurts several feet high in a split second, the ocean emitting a constant roar as waves crash into the rock. Even on a cloudy day, the natural landscape is quite the sight. Being just a few hours from Portland, Cape Perpetua and Thor’s Well are doable in a day, which you can make even more scenic by extending the drive up the coastal 101 Highway south of Portland on either the way down or the return trip north. Thor’s Well resembles a swirling drain right in the middle, water tumbling through and over the rocks. 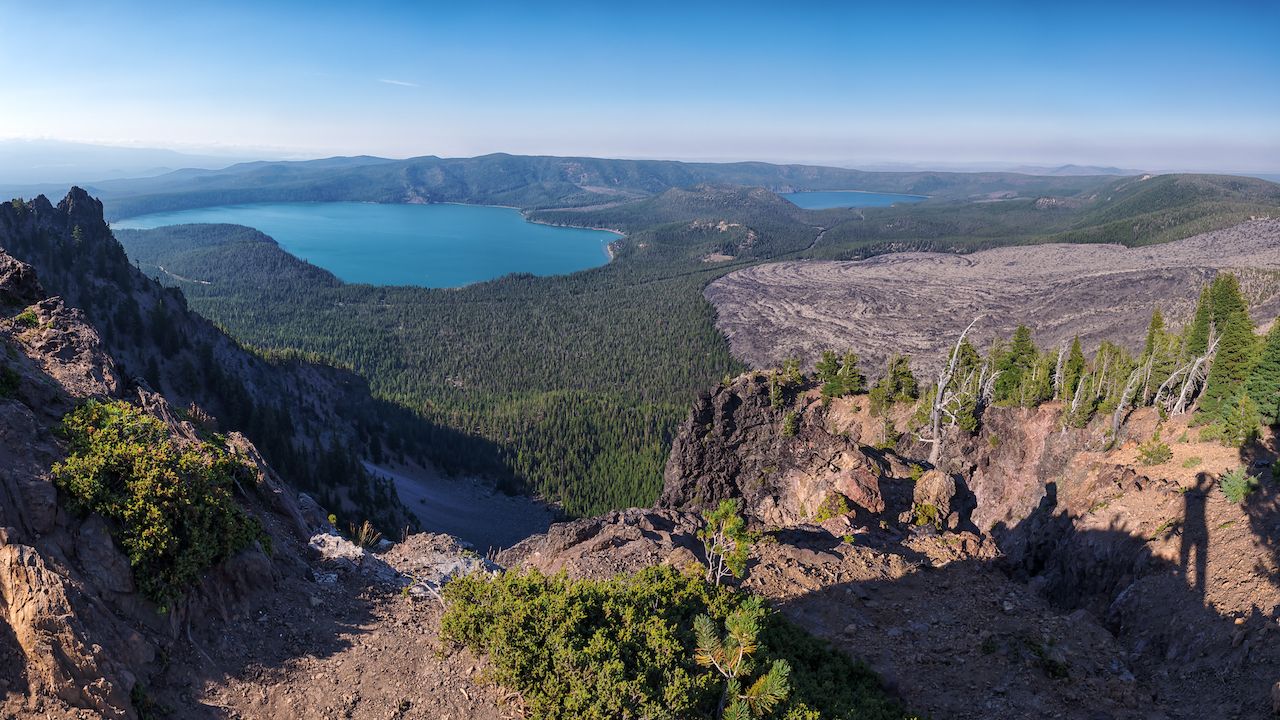 Oregon is volcanic land, and at Newberry, an active and massive shield volcano, this fact is front and center. Located 20 miles south of Bend, this national monument has many of the signature characteristics of the Pacific Northwest, including extensive evergreen forests and deep blue lakes, though here these are coupled with very specific volcanic geological formations, some more evident than others.

The Big Obsidian Flow, for example, is quite the sight. Created 1,300 years ago at Newberry’s most recent eruption, it was a daunting flow of lava that consumed a massive portion of forest. From a distance it looks like melted wax on top of a carpet. Up close, though, the lava shows itself to be made up of huge rocks made of obsidian, black volcanic glass.

Three distinct lava tube systems, basically underground tunnels created by flow after flow of lava, make for another original sight. Their entrances are from small caves and are easy to miss in the undulating landscape. The tunnels’ dimensions keep changing, surfaces alternating between rough and smooth and sometimes slightly shiny, depending on how the lava cooled in that specific spot. 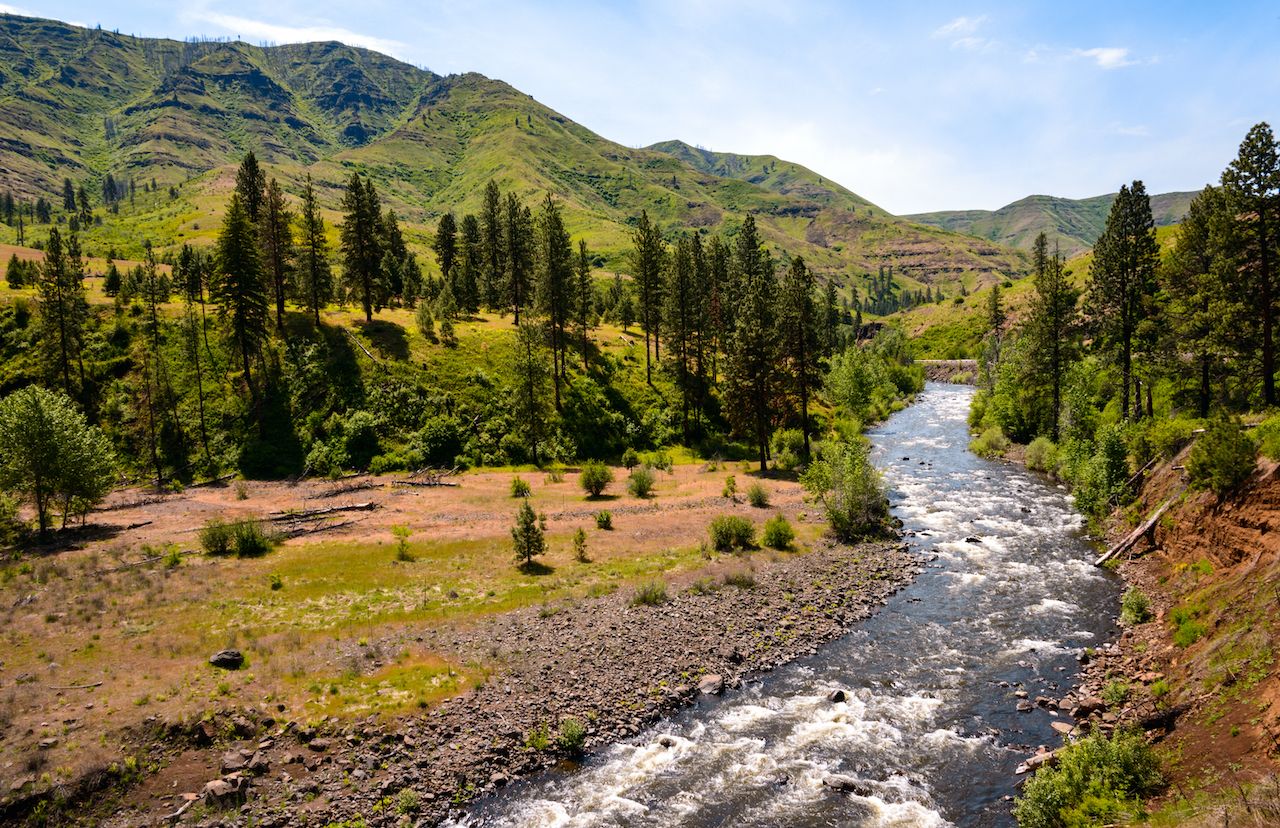 Located in the northeast corner of Oregon along the border with Idaho, Hells Canyon Wilderness is a secluded natural area emblematic of the Pacific Northwest’s beautiful terrain. The gem among these lush, mountainous landscapes is Hells Canyon itself, created by the Snake River as it wound its way through what is now America’s deepest river gorge over the course of millennia. The canyon is isolated and inaccessible by road, rich in wildlife, and covered by forests. Activities like kayaking, hiking, and hunting make it a quiet yet somewhat active area since motorized and mechanized vehicles are not allowed. 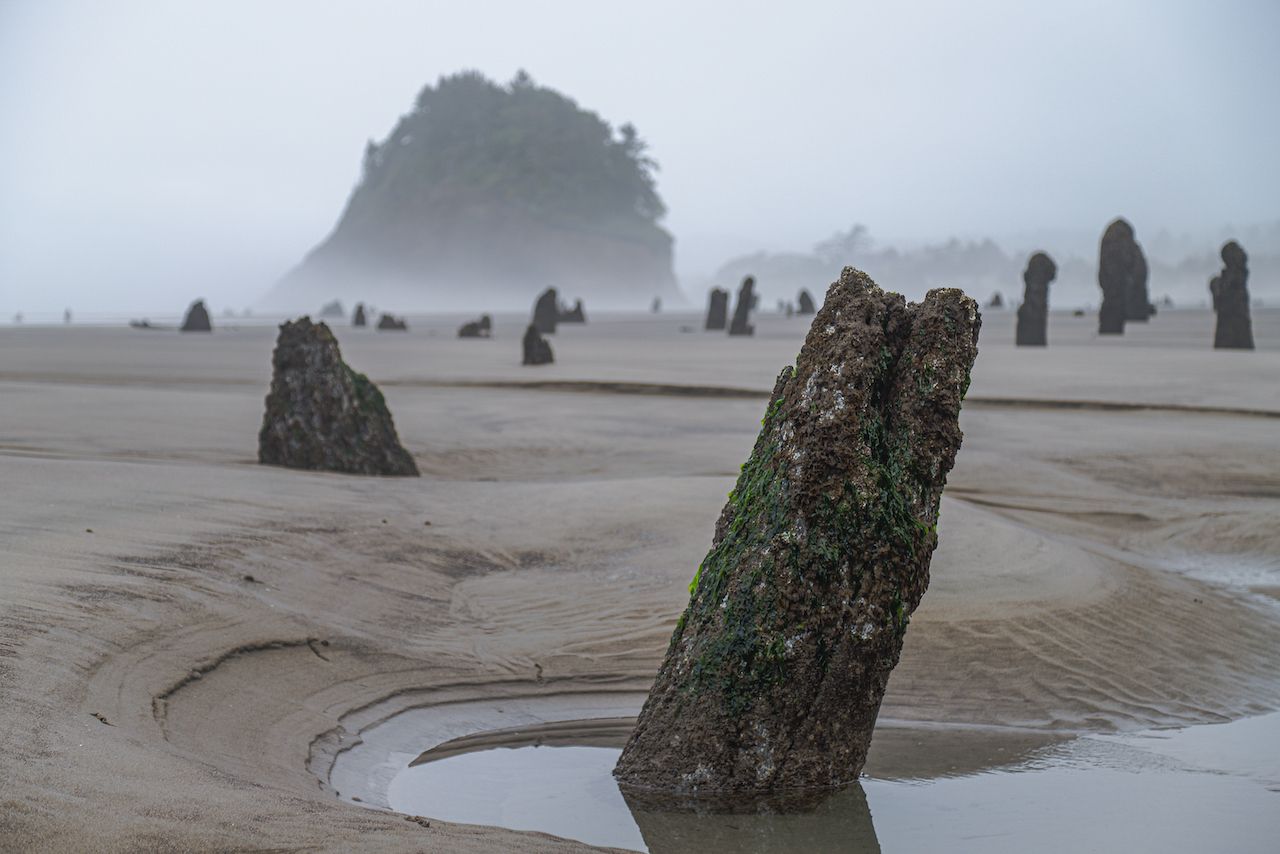 Neskowin lies along the northern Oregon coast. A long time ago, the land was dramatically changed by tectonic movements, and the forested coastline ended up under sea level. A massive storm in 1998 unearthed the long patch of tree stumps that you’ll see now on a visit. They could, at least from a distance, be mistaken for rock formations, but at a closer look, the shape and form are recognizable. This expansive spread of narrow stumps sticking out of the sand, or the water at high tide, is quite the eerie sight. Add in the Oregon coast’s often unpredictable weather, and the view gets even more otherworldly with a layer of fog or during a storm. 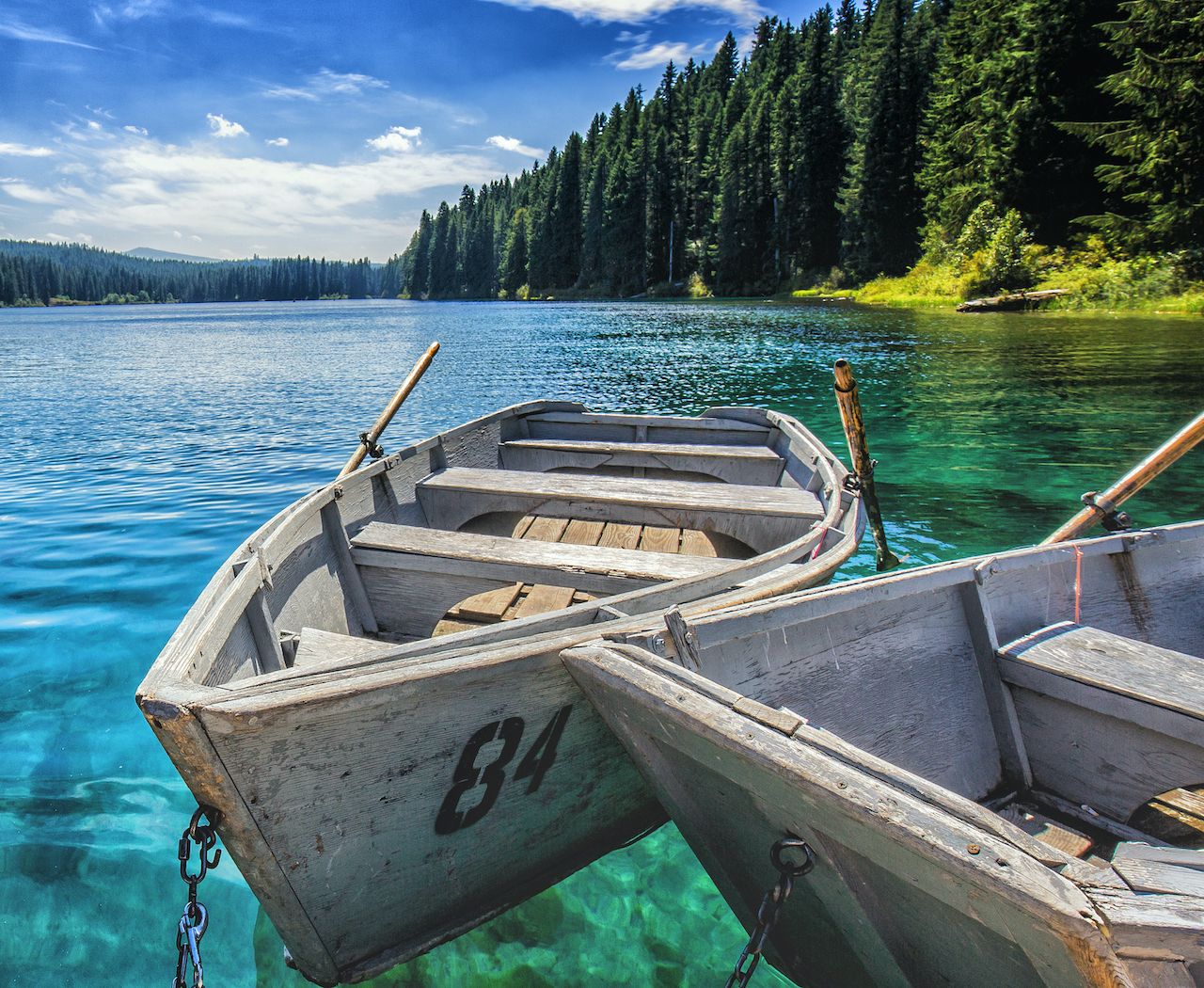 One of the clearest lakes in Oregon, hence its name, Clear Lake is easily reachable as the McKenzie Highways runs along its side. Created mostly by snow run-off from the Mt. Washington area just to the east, this is one of the best places in Oregon for diving in because the visibility is so exceptional. The view from above, a wall of tall pines surrounding the lake up to its shores, is in stark contrast with the smooth and empty lakebed in hues of sapphire and aquamarine. Submerged, long tree trunks still standing in the calm waters sometimes appear. 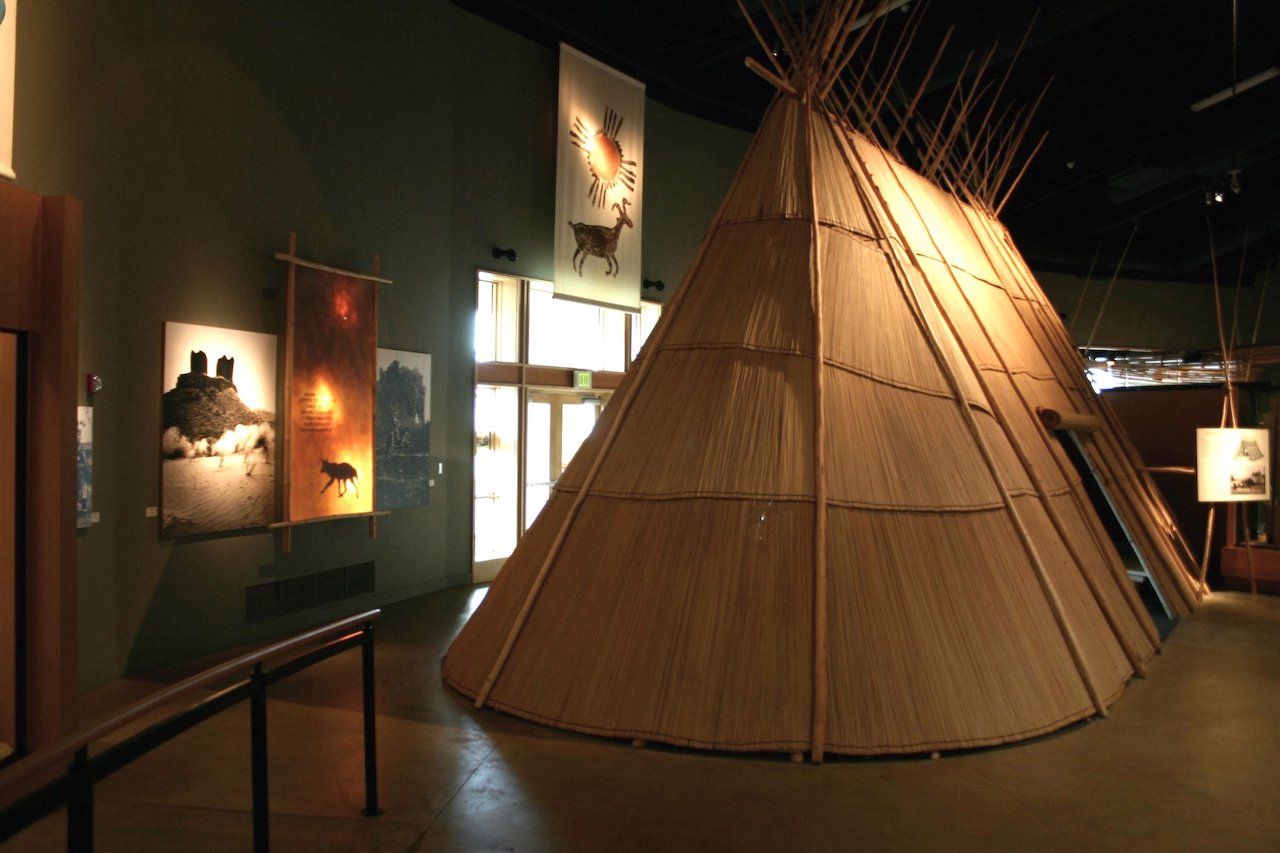 Sitting along the Oregon Trail, the Tamástslikt Cultural Institute is its only tribal-run Native American museum, located within the Umatilla Reservation, an area where many tribes have lived for thousands of years. The Institute was also developed by tribe members, aiming to tell history from a Native American point of view; tamástslikt means “interpreting our own story.” The Institute has three permanent exhibits to showcase the past, present, and future of many Native American tribes’ art, folklore, and other aspects of their rich culture. 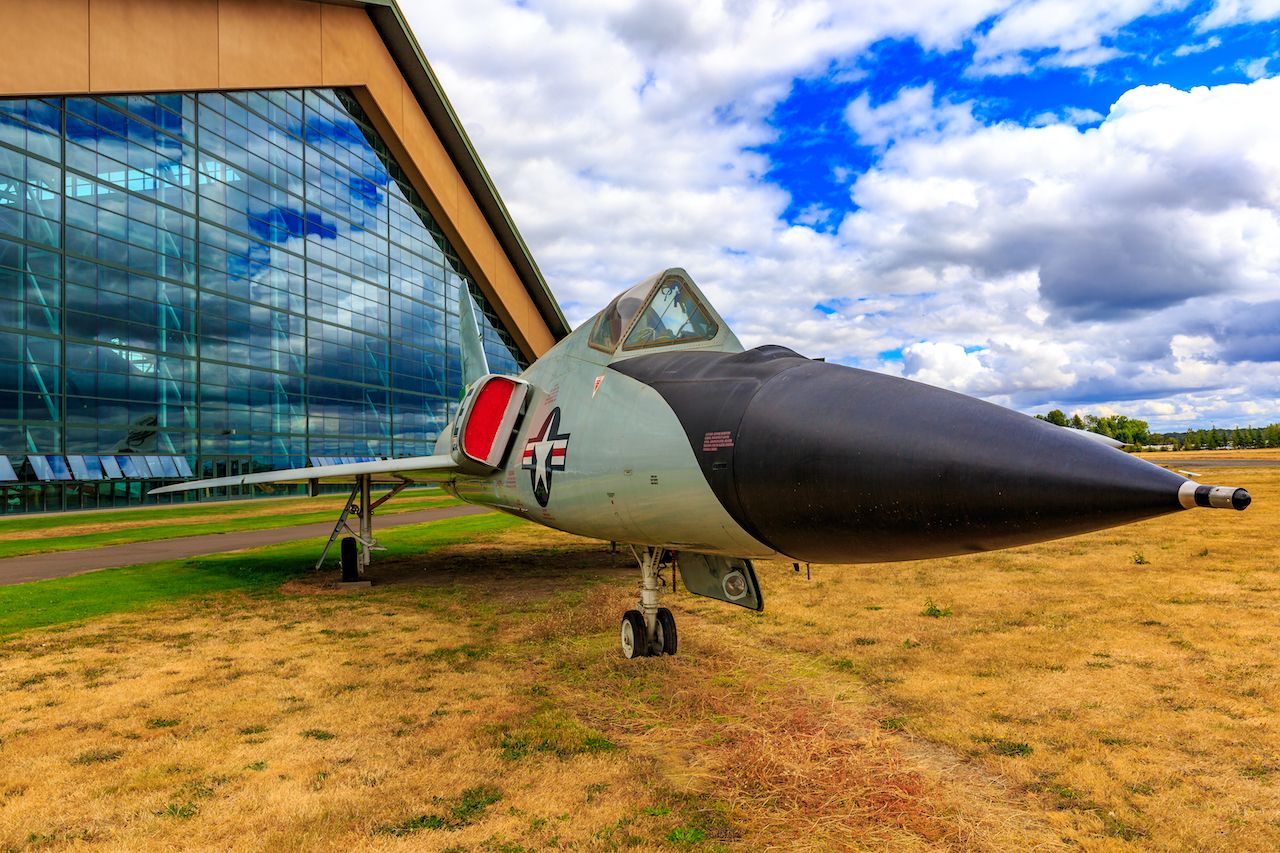 Near McMinnville is the Evergreen Aviation & Space Museum, an ideal spot for those super passionate about aviation, as well as normal, but curious, people. The exhibit is hosted in a huge, brightly lit hangar. This allows you to roam around and enjoy the pieces, making it also a family favorite. The museum displays dozens of aircraft, from the designs of the famed Wright brothers to modern ultralight helicopters to the famed Lockheed SR-71, the world’s fastest, manned aircraft — otherwise known as the “Blackbird.” The original Spruce Groose is here too, a massive airplane built entirely from wood and a wartime relic that stands as a testament to American grit and industry. 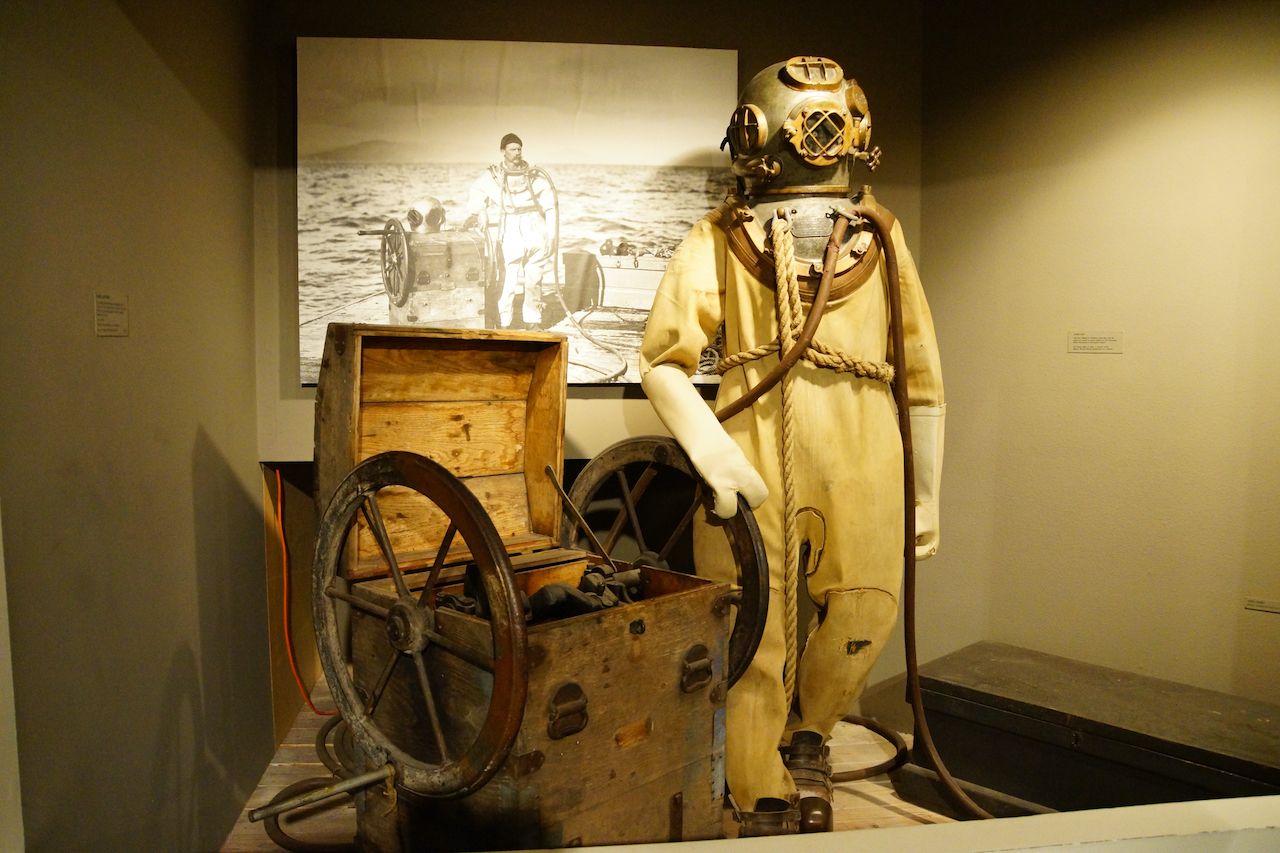 The Columbia River Maritime Museum is located along the Astoria shoreline in the very northwestern corner of Oregon at the mouth of the Willamette River. It is a showcase of history both interesting and dramatic, and it is the state’s only maritime museum. Exhibits focus on the Columbia River Bar, also known as “The Graveyard of the Pacific,” one of the world’s most dangerous passages. In the last 50 years, it has caused more than 2,000 vessels, including 200 larger ships, to sink. 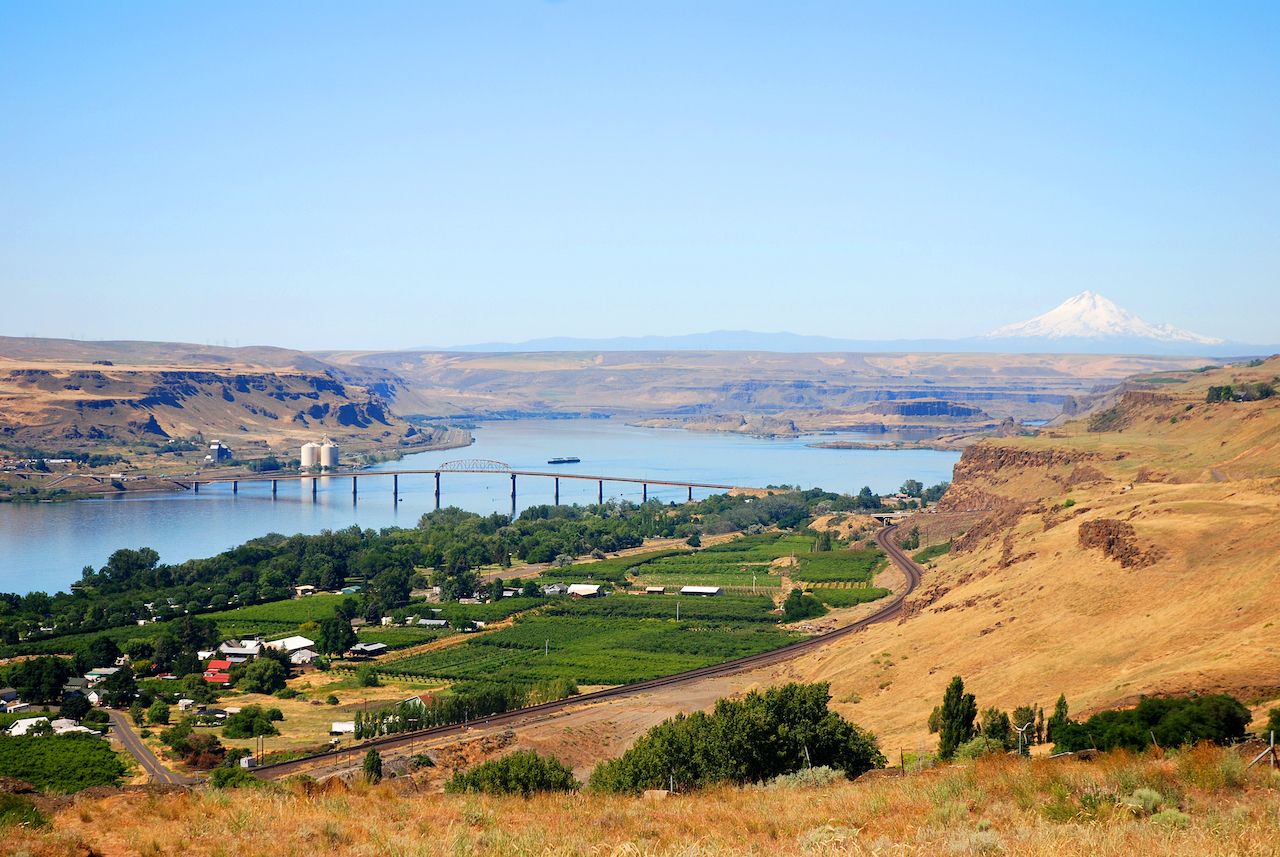 The short line connecting the Hood River — straight east from Portland along the Columbia River Gorge — to Parkdale is a historic railroad that takes trains through the quiet landscape at the base of Mt. Hood to its north. The landscape is surprisingly varied as it’s a constant and sudden change from apple orchards to forests to vineyards. Springtime is quite a sight as everything is blooming, and the orchards are explosions of white or pink. Likewise in autumn, the multitude of colors makes it more special.

Budget Travel8 Ways To Keep Your Costs Down on a Trip To Portland
Tagged
Museums Outdoor Trip Planning Oregon, United States
What did you think of this story?
Meh
Good
Awesome