On a typical pre-pandemic morning in Newark, New Jersey’s Ironbound neighborhood, you might have noticed lines of people outside of one of the many shops that dot the area, waiting for their galão — a Portuguese coffee similar to a cappuccino — while futebol plays on the television perched inside the store. Accompanying that morning coffee for many is a pastéis de nata (an egg custard tart), and the friendly chatter of locals of all stripes: matriarchs who’ve lived in the neighborhood since the ‘60s, business people who work at the nearby Prudential Center, the guy who works at the jewelry store across the street. Conversations often aren’t in English, but Spanish or Portuguese.

“Ask someone who is Portuguese, who is from the Ironbound, where they get the best custard cup, and you could get in a fight about that,” Vince Baglivo, director of communications for the Ironbound Improvement District, tells me. “I used to work with a guy who could tell just based on the texture whether [a custard cup] was made within the hour or 12 hours ago.”

At over 350 years old, Newark is the third oldest city in the country. The city’s Ironbound neighborhood has long been considered a refuge for immigrants, welcoming waves of Irish, Italian, and Polish people.

By 1914, substantial Portuguese and Spanish communities were well established in the Ironbound. Around this time, many Portuguese laborers who eventually settled in Newark first arrived in Massachusetts, but when the work opportunities proved more abundant in New Jersey, they took their families south. Then the neighborhood changed again in the 1930s with the construction of Pennsylvania Station, allowing African-American families to start fresh in Newark during the Great Migration. The Portuguese community grew again in the ‘60s and ‘70s. In recent years, Ironbound has welcomed Spanish immigrants, forming an Iberian identity in the neighborhood, as well as people from Mexico and Brazil.

As of 2017, The New York Times reported that “two out of three of the Ironbound’s current 50,000 residents were born outside of the United States,” but demographics are changing. Baglivo jokes that, today, new residents arrive from such “exotic locales like Brooklyn and Hoboken.” That’s not exactly a comfort to long-time Portuguese residents and their descendants, who have called the neighborhood home for generations.

“Older generations of the Portuguese community are a little agitated about the changes they see coming, and what that means for their legacy,” Baglivo explains.

For that generation, the Ironbound offered prosperity and a fresh start. It was a safe haven in an unfamiliar land, where neighbors spoke the same language and ate the same food they recognized from home. So it makes sense that they would be protective of it. Not only that, but many Portuguese immigrants are responsible for building Newark into the flourishing city it is today.

Proximity to Manhattan, Newark’s Pennsylvania Station, and Newark Liberty International Airport attract new residents these days, but abundant factory jobs, specializing in tanning, brewing, and dye production, originally attracted Portuguese immigrants to the area. In fact, the name Ironbound is probably attributable to the neighborhood’s position as a hub of industry: According to the Times, the name “may stem from the many forges and foundries there in the second half of the 19th century,” or from the fact that, “rail tracks that surrounded the area when the railroads were built in the 1830s.”

Work is currently underway on a statue that will memorialize the contribution of immigrants to Ironbound, many of whom were Portuguese, ensuring that their legacy will forever be enshrined in the region. And the annual Portuguese Day Festival, traditionally held in early June, usually attracts many thousands of people, though in the era of COVID-19, plans for future celebrations have been put on hold. But all one really needs to do to understand how influential the Portuguese have been on Ironbound is take a walk around the neighborhood. 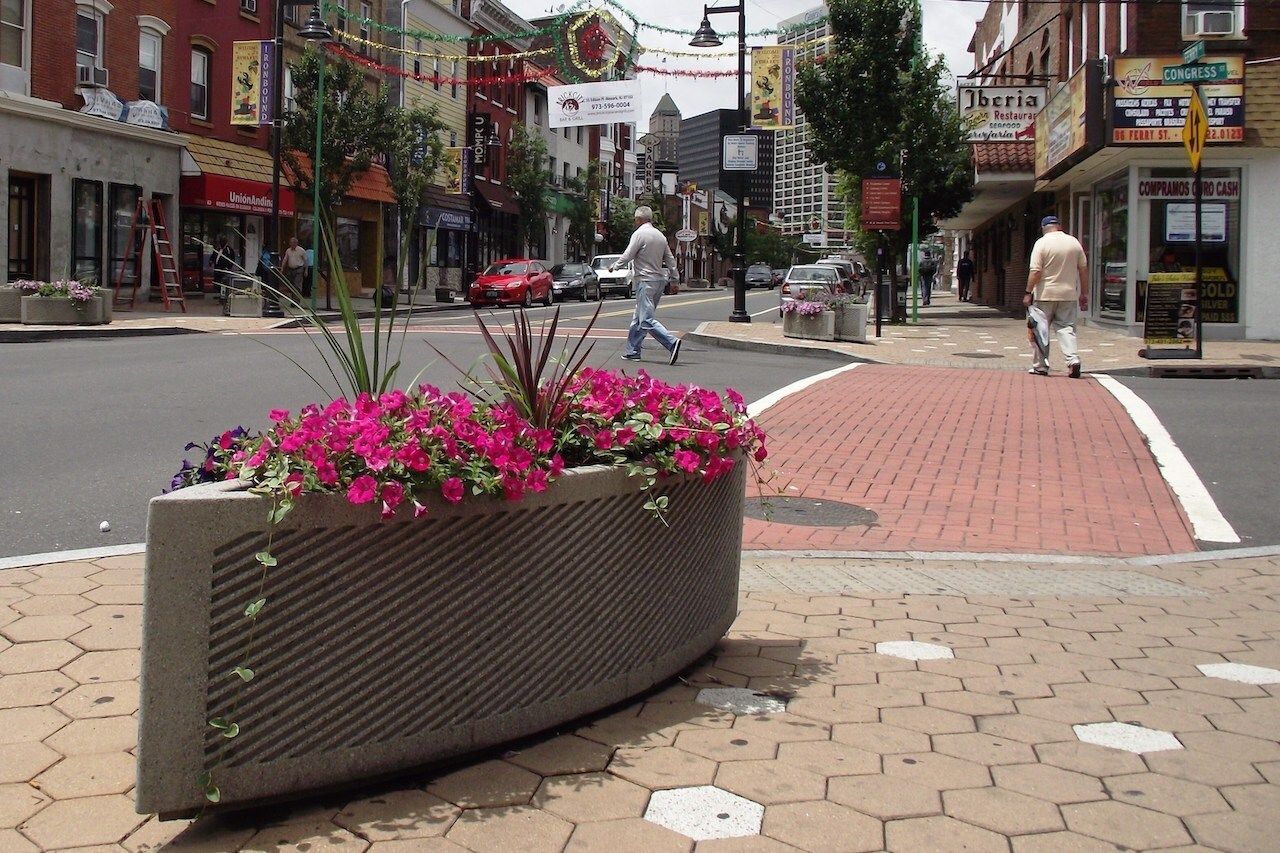 Baglivo says the aroma of barbecue becomes unmistakable once you reach the borders of the Ironbound, a distinctive combination of hardwood charcoal and garlic. The unmistakable scent is the first sign that a Portuguese dish called frango is being prepared — whole chickens barbecued on a spit, sometimes up to 30 at a time. And then there are of course the traditional marisqueria (seafood bars) where locals gather at the bar to snack on fresh octopus and crab, a communal eating experience that encourages socializing with your neighbors. Ferry Street in particular, in Ironbound’s East Ward, is still where many Portuguese restaurants are located today because many immigrants worked in the textile and linoleum factories that were once located on this street.

Portuguese immigrants and their descendants might have started out as Newark’s primary workforce, but many saved money to start their own businesses and open restaurants that are still standing today — an effort which Baglivo thinks helped Newark thrive while other industrial towns in New Jersey, like Camden, rose and fell with industry employers.

“There’s pride in your neighborhood when you own it. You have a bigger stake in it,” he says.

The upshot of this type of restaurant atmosphere is that the neighborhood feels familiar — a place where visitors and residents are extremely loyal to local, family-owned businesses.

“There are some people who have been going to the same restaurant for 30 years, they sit at the same table, they probably have the same waiter, and drink the same wine,” says Baglivo. “And that makes them happy. They’re comfortable.”

The Ironbound still has the atmosphere of an old school neighborhood, but day by day, it’s evolving to a place that is welcoming to young people, new businesses, and immigrants from Central and South America.

“Everyone has a place in the Ironbound. Everybody gets an equal shot here,” says Baglivo. “We’ve always had an underdog reputation. It’s an intriguing place, it’s got a little mystery. And I think it’s really our time.”

Where to eat Portuguese food in Ironbound, Newark 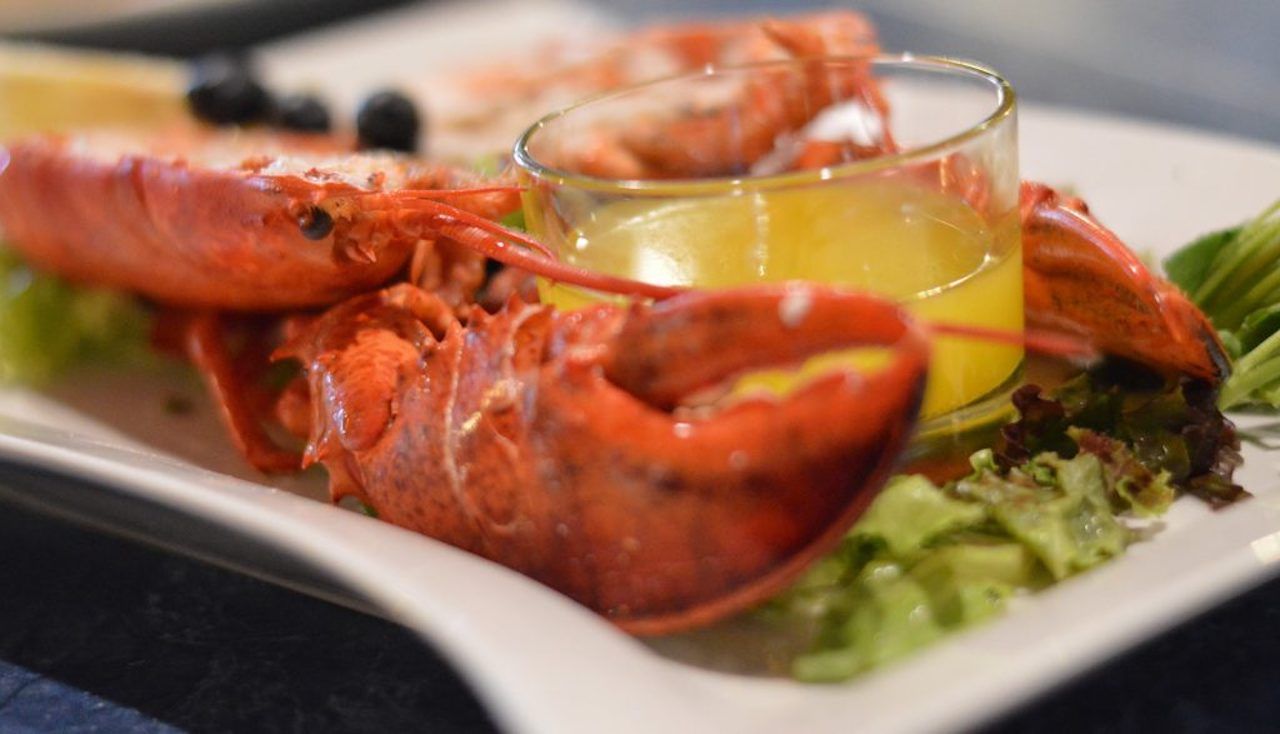 Seabra’s Marisqueira: Specializing in fresh seafood like lobster, clams, and prawns, Seabra’s Marisqueira was founded in 1989 to carry on Portugese culinary traditions in New Jersey. The restaurant prides itself on making all of its seafood dishes from scratch using fresh catch. It’s known especially for its garlic shrimp, and if you make a reservation, expect to hear mostly Portuguese — and very little English — at the neighboring tables.

Adega Grill: Adega means wine cellar in Portuguese, so expect to be treated to a cozy atmosphere and extensive wine list. The cuisine itself mixes Spanish and Portuguese influences, and features classic dishes like garlic shrimp, calamari, baked clams, and an impressive selection of grilled steaks. A pitcher of red sangria should accompany your meal.

Fernandes Steakhouse: This restaurant blends Brazilian, Portuguese, and Spanish cuisines. It’s speciality is rodizio, Brazilian rotisserie-style grilled meats. Located on the edge of Ironbound, the restaurant is a neighborhood staple and favorite among locals. It shouldn’t come as a surprise that you should order a steak and meat skewers here.

Sabor Unido: This Brazilian-Portuguese restaurant has exceptional Brazilian feijoada, pork, and black bean stew. The restaurant’s name means “united flavor,”a nod to the way the menu highlights dishes from both Brazil and Portugal. A Brazilian couple and their son run the restaurant’s daily operations, making it a true family-owned affair.

PortuCale Restaurant & Bar: PortuCale is committed to using staple ingredients of Portuguese cooking in all its dishes, especially olive oil, tomatoes, onions, garlic, and wine. The restaurant also incorporates ingredients from former Portuguese colonies, including “hot peppers from Africa,” and “cinnamon, cloves and ginger from India,” making it one of the most traditional Portuguese restaurants in Ironbound.

Beaches and IslandsThe 4 Croatian Islands You Have To Visit This Summer
Tagged
Food + Drink Restaurants + Bars New Jersey, United States
What did you think of this story?
Meh
Good
Awesome