This is the monthly Wildlife Spotlight, where we highlight the best time to see certain animals in all their splendor.

For much of the year, the casual observer climbing down the zigzagging edge that lines the jaws of the Earth’s crust at Carlsbad Caverns National Park in New Mexico might miss the swiss-cheesed pattern around the walls where all the sparrows and bats live out a portion of the year. But not in August and September.

Right now, these multi-colored nooks and crannies are currently alive with the flapping and screeching of both birds and mammals. This writhing mass bubbles with cacophonic howls and hints at the grandiose exodus the bats make from the mouth of the megacave each dusk for the Bat Flight. 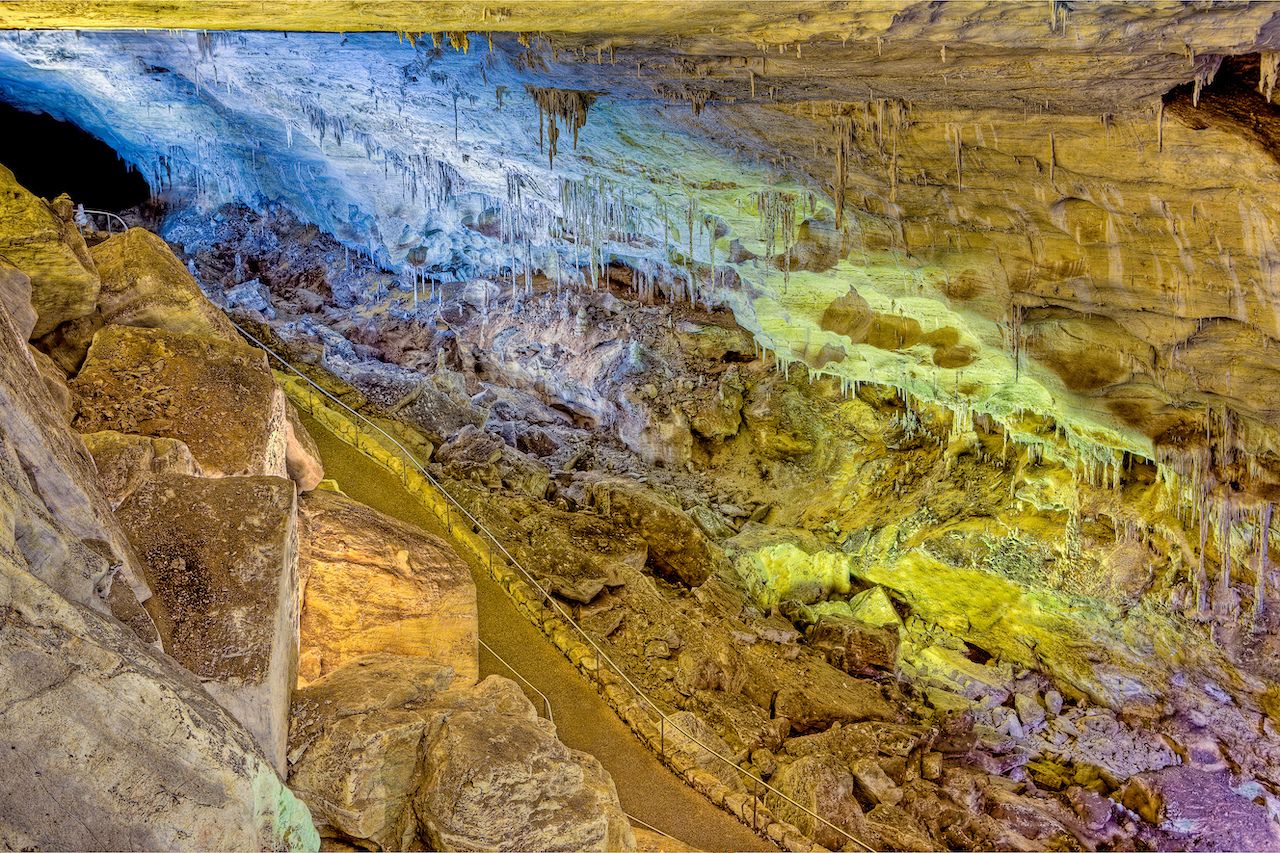 With each occasion, the horde pours out counterclockwise, flocking southwest towards the distant lights of rest stops and banks along the river. The fact that cameras, electronics and anything else that can buzz or flash is strictly prohibited only adds to the allure and mystery of the event. But they won’t be around for much longer.

For several months in Spring, the Bat Flight amphitheater of cement and stone seating was roped off as a safety measure against the pandemic. That didn’t stop tourists and park visitors from gathering in the parking lot of the visitor center to see it. With their cameras pointed into the sky they wandered back and forth in the parking lot trying to follow the bats as they launched out into the darkness. With the relaxation of some COVID measures, the Bat Flight finally is once again being made available to the public.

“It’s spectacular,” Says Rodney Horrocks, who is the Chief of Resources for Carlsbad Caverns National Park. “The Bat Flight has been given here at the park since the 1920’s along with a program called Bats and Their Habits. Now we have lots of different programs given our interpretive staff.”

More bat species than have even been seen 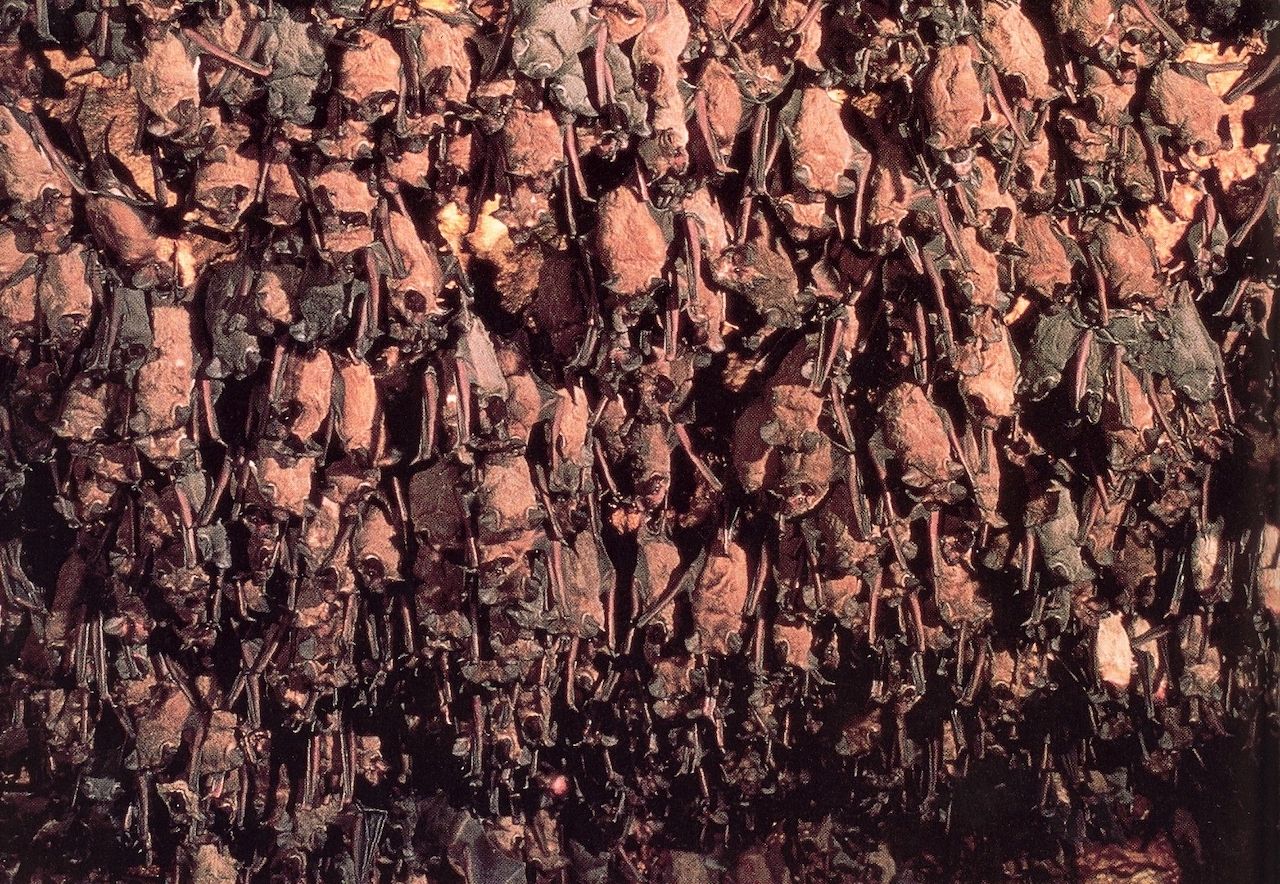 Not to be confused with a common-sized flapping flock, the Bat Flight is of truly terrifying scale, like an earth-and-smoke-colored waterfall flowing upward into the sky. In the hour or so that the event lasts there are trickles and spurts, and then a flood comprised of several hundred thousand of the screeching mammals. That’s between twelve and seventeen subspecies of bat, including cave myotis, fringed myotis, and a favorite among photographers: the Brazillian free-tailed bat.

One subspecies of bat hasn’t even been discovered alive yet, but according to Pam Cox, Carlsbad Caverns National Park’s Supervisor with the Department of Interpretation, “We know it exists because the skeletal remains have been found.”

From studying the bats, zoologists have further discovered each species live in completely separate areas within the cave, which makes it easier for NPS personnel to keep an eye on some of them.

“The Brazillian free-tailed bats this year are doing great. We had enough rain earlier in the season so we’ve got a lot of water and bugs for them to eat now,” Cox said of the current state of bat affairs in the park. “If we have a really dry year, that’s not the case because they don’t get all the bugs they need to survive.”

Bats and the parks’ history 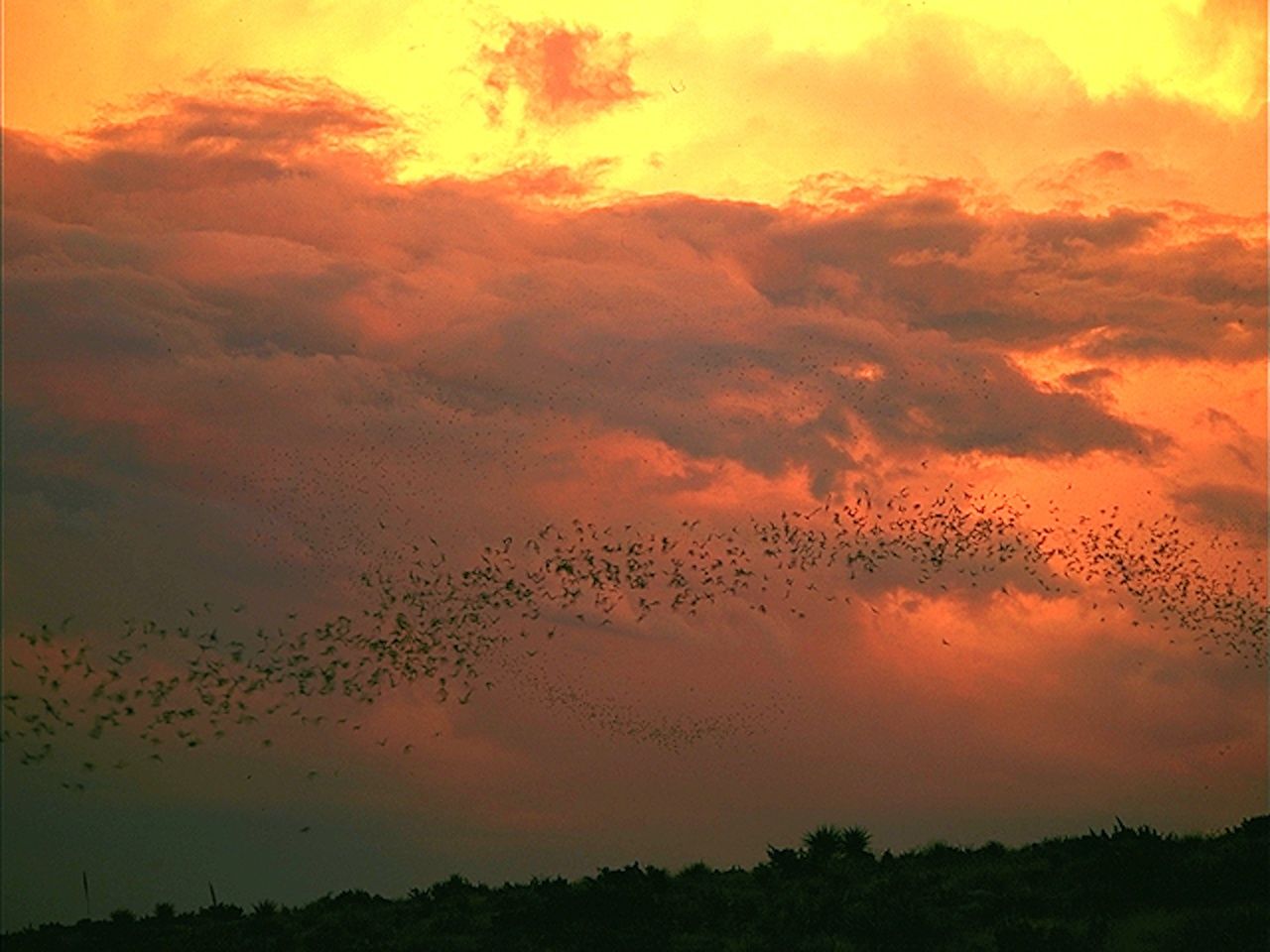 If we view The Bat Flight as a centerpiece to the park, Carlsbad Caverns is so much more than otherworldly geologies and an ecosystem that thrives more than 30 miles under the rocks below. The Bat Flight distinguishes Carlsbad Caverns from its peers in the park service as the ultimate outdoor stop for vampire wannabes, Batman fans, and your angsty goth teen. It offers a window into a colorful history of the area too.

In fact, some speculate that the Bat Flight was the reason Jim White spotted the prehistoric caves in the 1880’s while he was working long days as a fencer for a ranch hand along the historic Butterfield Trail. The trail travels right by the cave and, if White was on it at the right time of day, the billowing Bat Flight would have been difficult to miss.

At the young age of 16, White also is accredited with being the first person to rappel into the cave using fencing wire and branches to assemble swings and ladders. That said, we know that Indigenous peoples had knowledge of the cave for generations, as evidenced by the many artifacts and drawings that have been found along the mouth of the cave.

The Dawn of the Bats 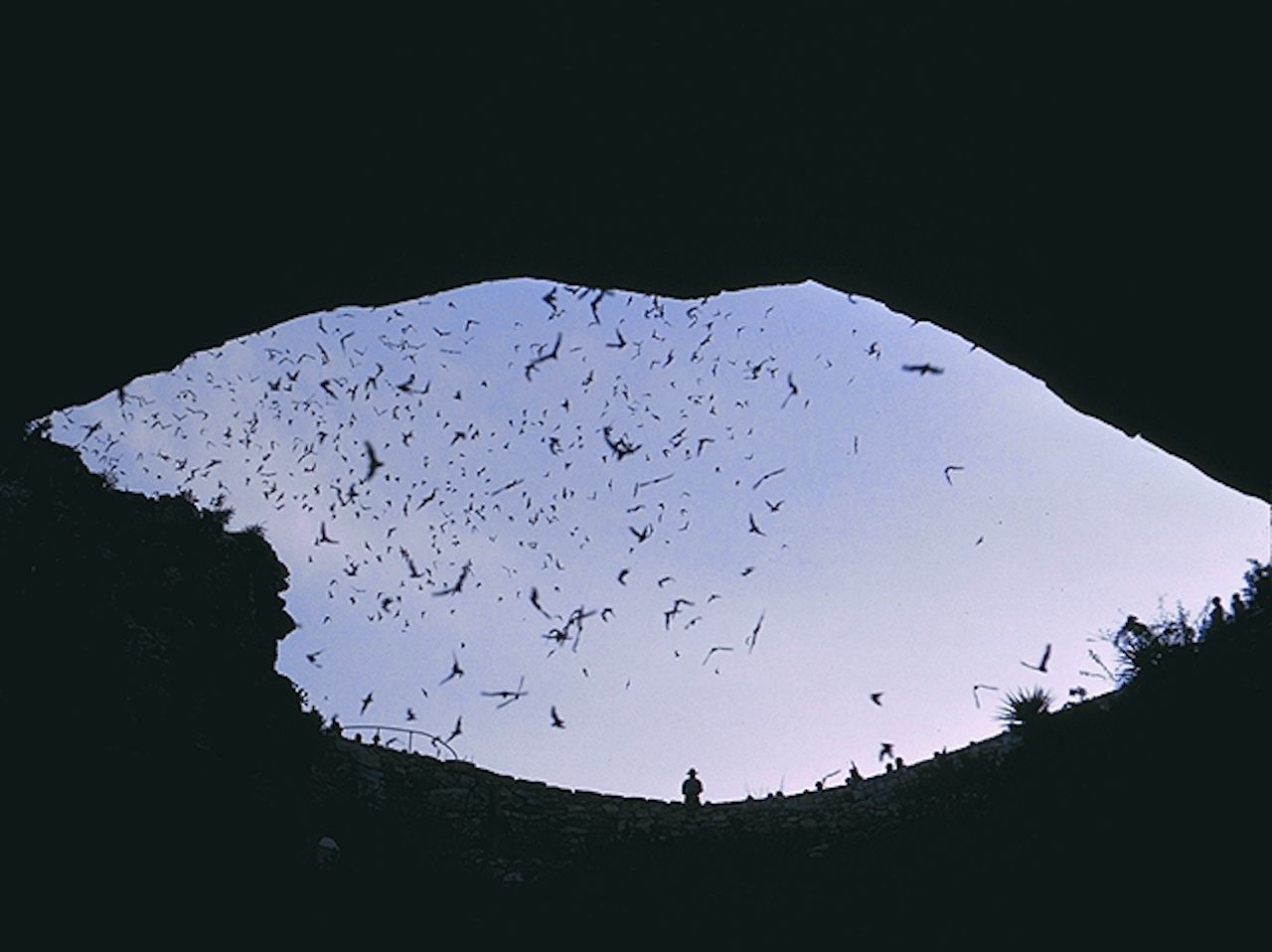 A less crowded and arguably equally special Dawn of the Bats, is also an option at Carlsbad Caverns. If Bat Flight is the takeoff, then Dawn of the Bats is the landing. With bellies full of little wrigglers and sore wing muscles, the bats all come home at first light where they can rest through the day.

“The bats will start way high up in the air and come dive bombing into the cave at about 25mph.” says Horrock.

For nature photographers, it’s a chance to test your mettle with a moving target. And for those hoping for a more intimate experience (smaller crowd), fewer people turn out for the early morning show than for the Bat Flight later in the day. Dawn of the Bats starts at 4:00 AM and lasts until around 6:00 AM — so make yourself comfortable, bring a blanket or a cushion, and maybe a cup of coffee or two.

Whether you choose to enjoy the early option or its day-end counterpart, the Bat Flight is a true ephemeral spectacle. A capitalizing experience with nature, like the firefalls at Yosemite or the Aurora Borealis in Denali. It’s a flash of magic that etches a place for itself in your heart. And, like a flash, bat season will be over in a blink too. Don’t miss it!

For the most current info on the Bat Flight Program, call the dedicated Bat Flight phone number 575.236.1374 or visit the National Park Service website to look for announcements.

This Haunted 19th-Century Brothel Is Our Favorite Hotel in Albuquerque

May 18, 2022 Olivia Harden
✖
travelstoke
Download the mobile app
stoked by