When it comes to food, the old cliche of the United States as a melting pot rings true. Nowhere, however, is it truer than New Orleans. There are Haitian, Vietnamese, Italian, Cuban, and Chinese influences in the food of this eclectic city. Classic French dishes get a Southern twist and are then punched up with spices from India and West Africa.

This all makes New Orleans an exciting place for people like Phillip Lopez, the executive chef at Galatoire’s and the host of the PBS show Good Gumbo.

“[New Orleans is] a big beautiful mixture of all these different cultures and ethnicities,” Lopez says, comparing the city’s makeup to one-pot dishes like gumbo, jambalaya, and etouffee. “Food is the big uniter. It’s the thing we can carry through to any conversation; whether it’s mourning a loss or celebrating, it always happens around food.”

Lopez is a New Orleans native but grew up in a military family and has also lived in Europe and on the East Coast of the US. The New Orleans flavors he remembers from his childhood came from his mother’s co-workers: Cuban medianoches, Punjabi spices, and Vietnamese phở. He moved back to New Orleans in 2004 and began exploring the city’s culinary identity.

By the early 2010s, the rest of the country began to take note of Lopez’s efforts to elevate New Orleans’ cuisine: He was named “Chef to Watch” by the Times-Picayune, “Rising Star” by StarChefs, “Chef of the Year” by Eater, and was a three-time nominee for Food & Wine’s “Best New Gulf Coast Chef.” He opened restaurants focused on innovation and molecular gastronomy and, for a time, ran the most expensive tasting menu restaurant in New Orleans, Square Root. Lopez joined Galatoire’s, a classics-first restaurant open since 1905, in 2018. 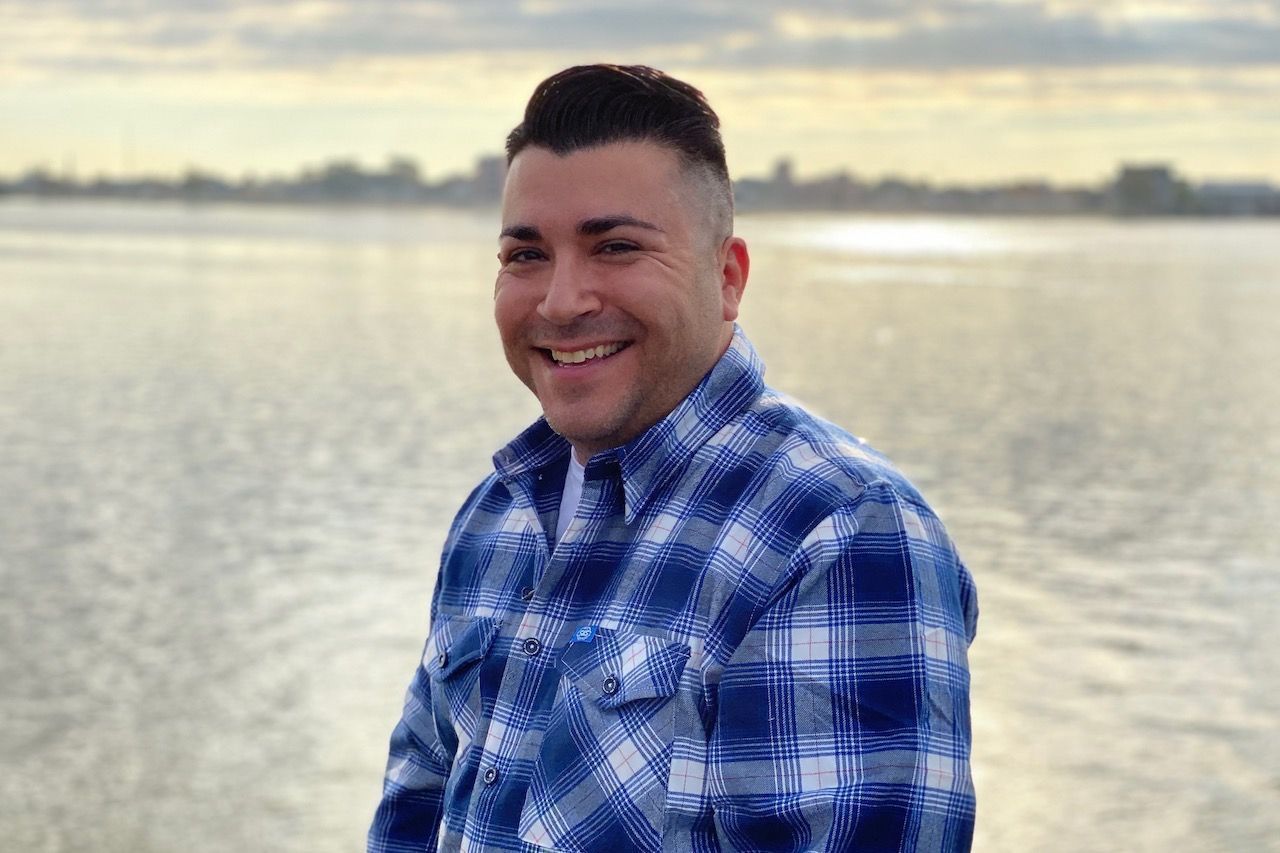 Lopez’s decade-plus career working with food in New Orleans gives him the inside intel that locals and first-time visitors alike will find useful during a culinary adventure around a city flush with exceptional restaurants.

“There’s so many different flavors across the world that I can bring into New Orleans [cooking] and it works,” Lopez says, later adding, “for me, [New Orleans food tells] a story to not be afraid to reach outside, but also to know who you are and where you’re from.”

That change is evident in the restaurants popping up in New Orleans.

“It’s a constant living, breathing, and evolving city,” Lopez says. “Over the past 20 years, we’ve been known for Creole-Cajun. In one of the episodes of Good Gumbo, we talk about the Vietnamese people who settled in New Orleans after the fall of Saigon and how those influences have tremendously reshaped our idea of what New Orleans is.

“The po’ boy here is a sustained everyday sandwich, but the banh mi is side by side with that,” Lopez continues. “Those flavors and ingredients that you find — Thai basil, all these different spices, chilis — Vietnamese food is so fresh and is also influenced by French culture, so it works so well here.”

Vietnamese influences along with dry spices from India have changed the way New Orleans chefs think about and prepare food, Lopez says. “A lot is going on that a lot of people don’t realize.”

“New Orleans is divided into a bunch of different pockets of really cool neighborhoods,” Lopez says. “There’s downtown itself but also the Lower Garden District (LGD), which is one of my favorite places to go and hang out. Great bars and the food scene is exploding.”

Lopez’s LGD restaurant of choice is Lilly’s, “which is a great Vietnamese spot that, I tell you, I probably spent half my income at that restaurant just eating.”

Behind the French Quarter, there’s the Marigny neighborhood. “There’s a lot of bohemian places there,” Lopez says. “There’s a place that I really like to go to called Paladar 511. That restaurant is really eclectic in the flavors they bring out. It’s casual, but the food is very refined. You can tell based on the presentation, but also the flavors.”

Then there’s Mid City where Lopez lives. “There’s a lot of places popping up there,” Lopez says. “I have a friend who opened up a place called Mopho, and he took New Orleans food and flavors and melded it with Asian influences like what you try in the delta, and he is really exploring the Asian-French connection.”

But one big piece of advice is to not limit yourself. “Anywhere you travel in New Orleans, you can find really good spots,” Lopez says. “And usually it’s always found by word of mouth. The moment you get into the city, find a local and you say, ‘Hey where should I eat.’ And you just follow that trail.” 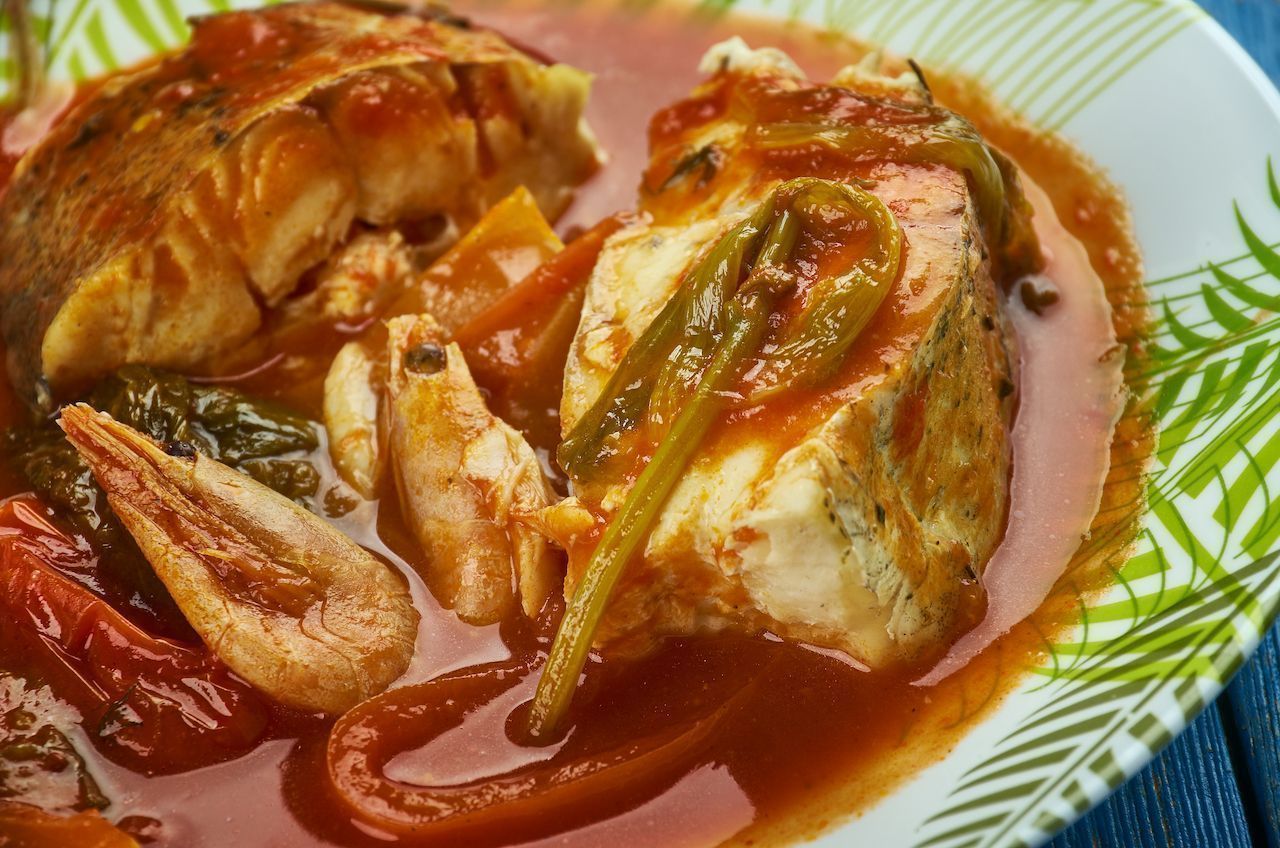 The first dish that comes to mind for Lopez is courtbouillon. “It’s a classic New Orleans dish that’s heavy in seafood, and one of those dishes where, during tomato season, there’s nothing better,” Lopez says. “It’s a whole red fish seared and stewed inside a red gravy. There’s crab and shrimp in there — it’s a one-pot meal. Probably my favorite when it comes to seafood.”

The second is jambalaya, “and that’s got to be during a Saints game,” Lopez says. “Come here during NFL season. You’ve got to go to a tailgate party and go to somebody’s house to watch the game, and they’re cooking jambalaya. There ain’t nothing better. It soaks up all that booze that you’re downing. Jambalaya and cracklins, come on. That’s a go-to meal right there.”

Lastly, there’s the po’ boy. “There are only a few places in the city that should be crowned po’ boy kings,” Lopez says. “A place in Mid City called Parkway, to me, has the best po’ boys in the city.”

Pro tip: Get the sausage link po’ boy with green gravy and put French fries in it. “That’s the best hangover cure right there,” Lopez says.

The New Orleans dish that’s both classic and innovative

While parts of New Orleans change and old favorites stay the same, there’s one dish that manages to do both: gumbo.

“It’s a very important thing in New Orleans,” Lopez says. “It comes from a lot of different cultural backgrounds, and there are so many influences in it. And it’s uniquely New Orleans.”

Some of the best gumbo Lopez says he’s had is at someone’s house during parties and crawfish boils.

“I’m not trying to knock the gumbo at restaurants,” Lopez says, “because at Galatoire’s we do a phenomenal duck gumbo and seafood gumbo, but it’s really about the experience of being around your friends and your family that makes the gumbo amazing. Popping a dixie beer and having a good time in a backyard, that’s where gumbo comes alive.”

Every cook does gumbo in their own way. Rice is a staple, but there are also people who put potato salad or hard-boiled eggs in it. The latter, Lopez says, comes from the Sicilian influence in New Orleans.

“All these different dialects and all these different cultural influences really make gumbo a cherished pot,” Lopez says. “It’s something that really has to be talked about and has to be preserved for generations to come because it’s part of our upbringing and our DNA, and we don’t ever want to lose that.”

Lopez says it’s hard to find a better classic gumbo than the one at Galatoire’s. “Whenever I eat at my own restaurant, I’m ordering a bowl or cup of gumbo.”

For a non-traditional gumbo, Lopez suggests Saint-Germain. “They do plays on classic New Orleans dishes,” Lopez says, and “they can whip up a pot of gumbo that can really blow your mind.”

No trip is complete without a New Orleans sandwich 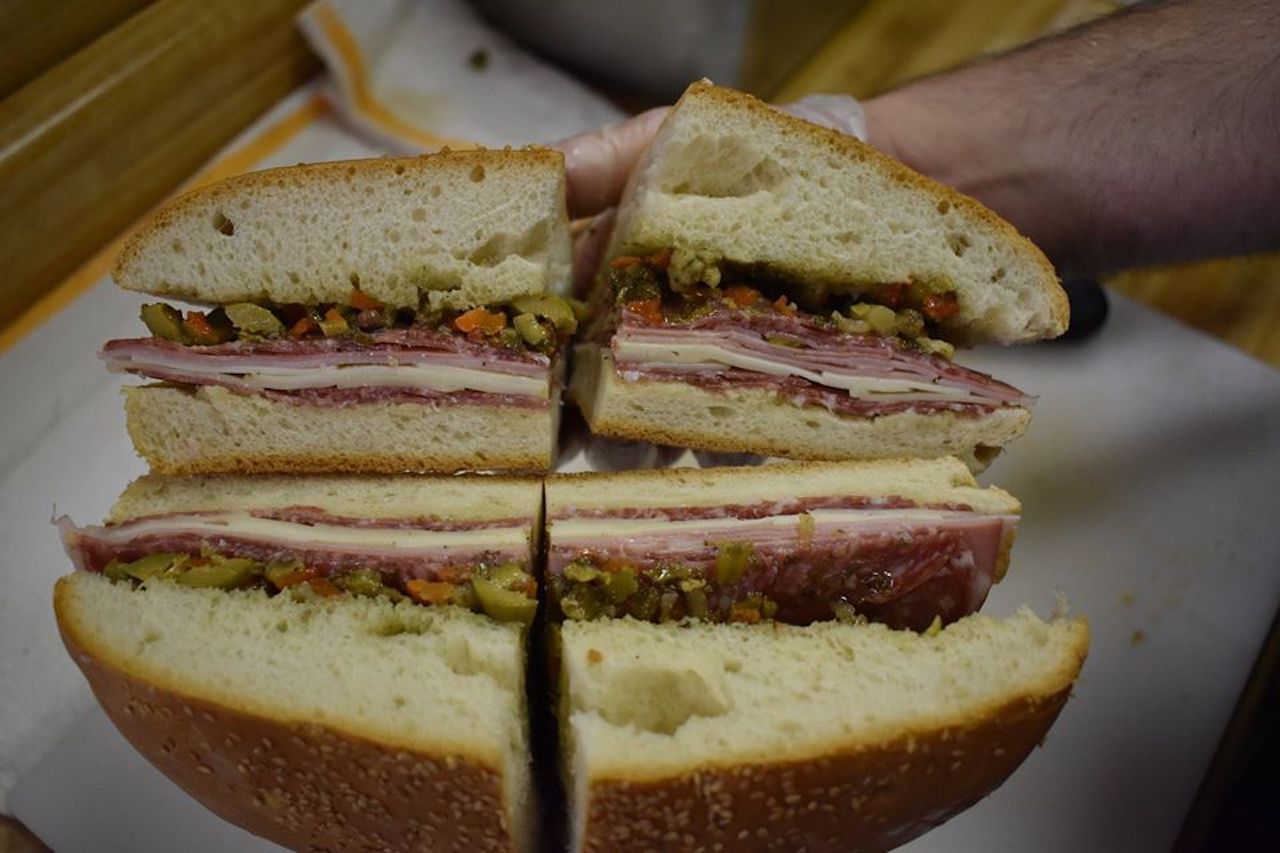 At the risk of people with pitchforks protesting his restaurant, Lopez spilled what he believes is the most perfectly constructed New Orleans dish: the muffalata.

“My parents always took me up to Central Grocery and there was this massive sandwich,” Lopez says. “The flavors in that thing have always stuck with me even to this day.”

“The olive salad that’s in it, that really calls to me,” he continues. “The really good provolone, all those things just work so well together, and I think it’s a pretty balanced sandwich. The only thing you’re missing is some Zapps chips right? You got to have that crunch.”