One of the best things to do in New York City is eat. Foods like bagels, deli sandwiches, pizza, and the like will forever be intrinsic to the city’s culinary history. But a lot of these can be heavy on meats and dairy products. Thankfully, a rapidly growing plant-forward scene is making such cuisines accessible to those who couldn’t eat them previously. NYC is actually the most vegan- and vegetarian-friendly city according to a 2018 study done by WalletHub, based on metrics such as affordability, vegetarian lifestyle, and diversity/accessibility/quality. Here are seven delicious vegan and vegetarian restaurants that you absolutely need to eat at. 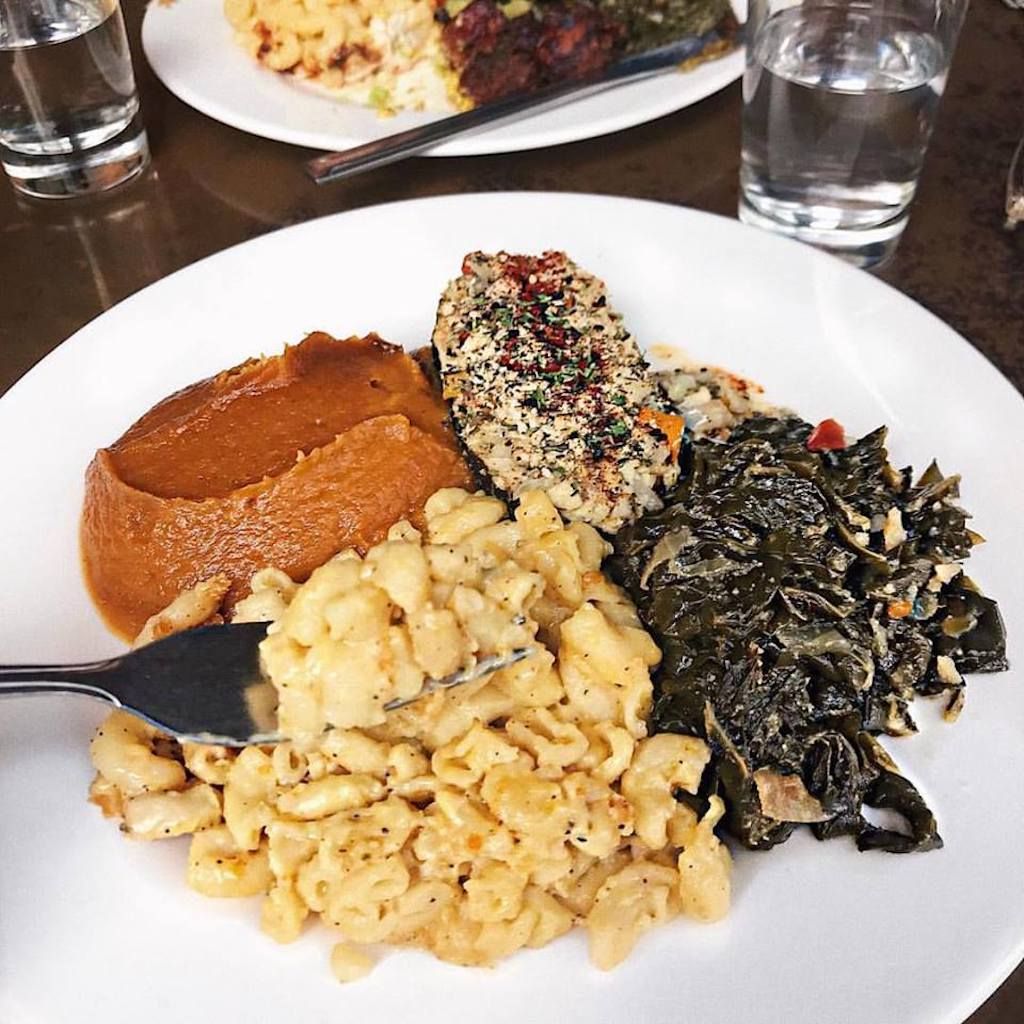 Soul food is known for its hearty dishes; its key components are vegetables, grains, and, of course, meats such as chicken, pork, and fish. Even dairy appears to be a necessary ingredient in dishes such as macaroni and cheese, grits, and hush puppies. It seems like a type of cuisine where a vegetarian or vegan would have a hard time finding something they could eat, but Seasoned Vegan is changing the game. Its tagline reads, “The food you love, veganized,” and it definitely lives up to that. Meat is substituted with soy here, and menu items include the locally beloved chopped cheese sandwich, barbecue riblets, and crawfish. If you’re visiting for brunch, be sure to try the soy fried chicken and pancakes — you won’t even notice the difference.

Bodhi is the first-ever vegan dim sum restaurant, spinning a vegan twist on traditional Chinese dishes. The extensive menu has so many options, ranging from appetizers like beef jerky and shiitake mushroom duck to main courses like lamb stew and steak. It’ll take you a while to decide what to order but whatever you get, you won’t have any regrets. All food here is kosher, as well, and there are also gluten-free options available. 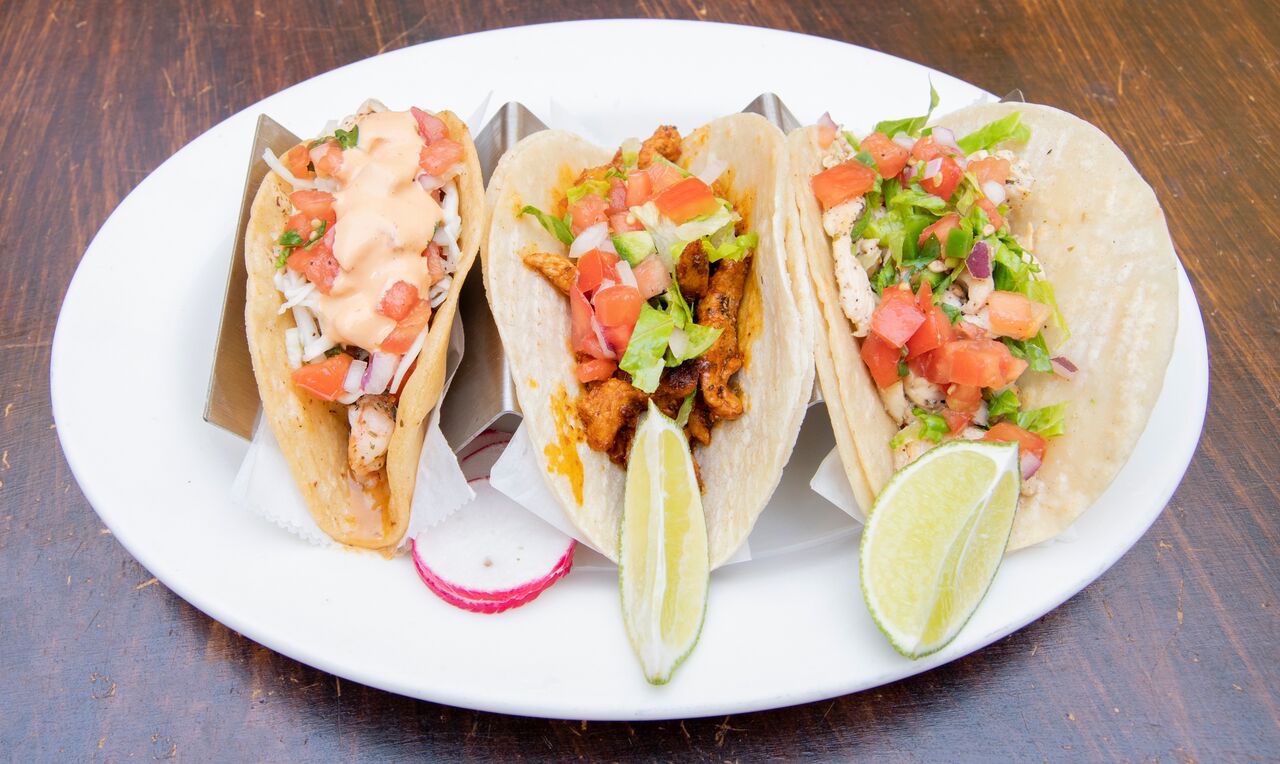 Mexican cuisine staples include corn, chile peppers, beans, and tomatoes. With the Spaniard conquest came the introduction of different livestock, such as cows, pigs, and sheep. The cuisine that predates what is now Mexico was essentially vegan to begin with, and Haab in Brooklyn brings that to the forefront. It serves authentic Mexican food with meat and dairy, but it also has a menu without either of those. You can try the seitan chilaquiles with lettuce, avocado, onions, vegan cream, and sauce. Or spring for the traditionally cheesy nachos made instead with soy cheese, beans, seitan, guacamole, jalapenos, pico de gallo, and vegan cream.

Where: Two locations in Brooklyn

Delis are as much a part of the history of New York City as anything else. Some of the best-known ones are Katz’s Delicatessen, Carnegie Deli, and Second Avenue Deli. While a new kid on the block, Orchard Grocer is an all-vegan deli and food market that pays homage to the NYC delis of old. Classic sandwiches are reimagined with ingredients such as tofu, seitan, and soy instead of animal products; there’s The Edith, a bagel with house-made cashew cream cheese and carrot lox, and The Marlowe, a Reuben with beet-brined Blackbird seitan. Shelves are stocked with specialty and organic items, all vegan, gluten, and palm oil free. 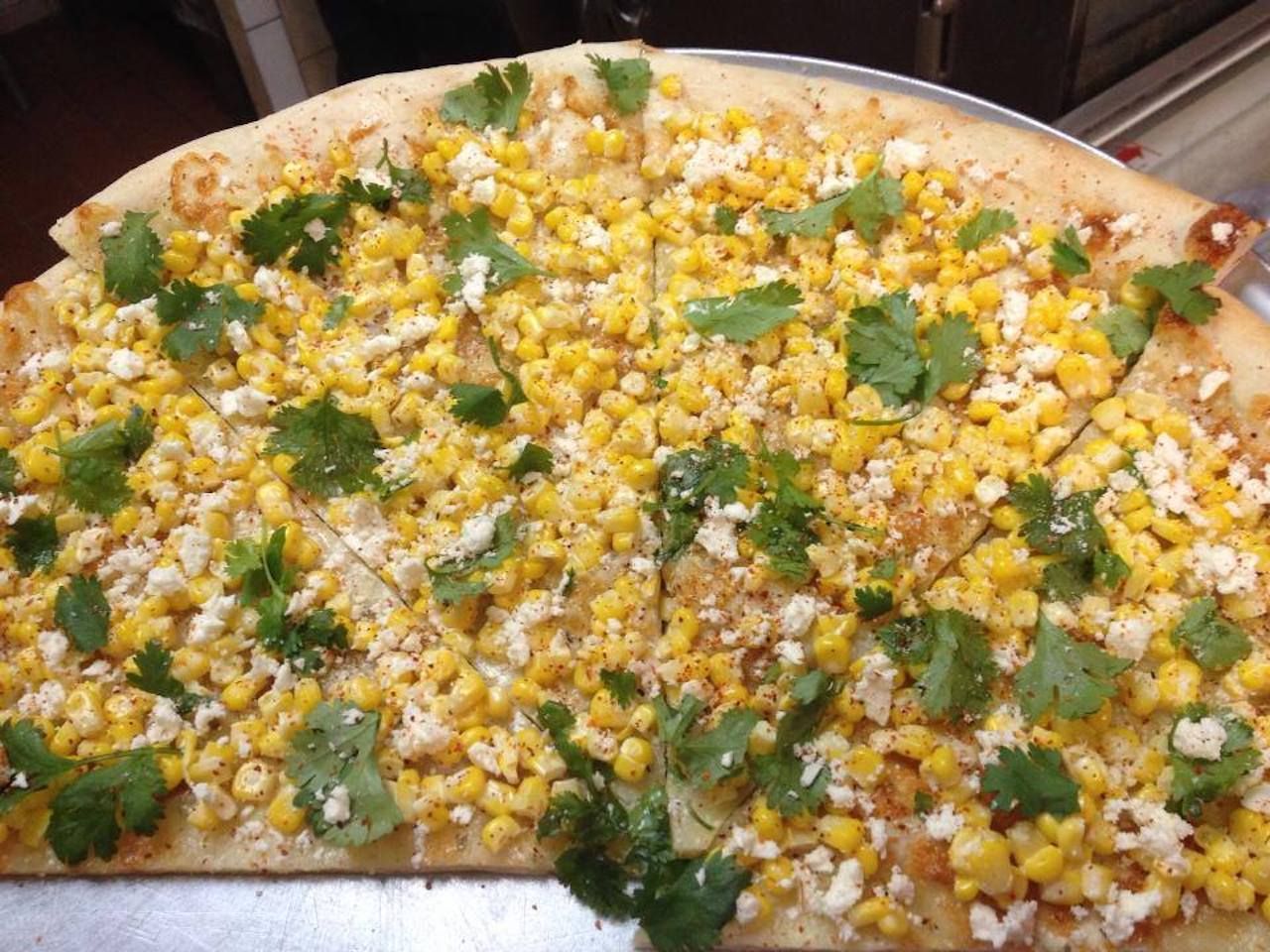 This unique Brooklyn pizzeria has attracted the attention of many in the past few years, and for good reason. One of its most famous creations is the pizza-box pizza, a pizza within a pizza box made out of pizza. The menu goes beyond the standard toppings of cheese and pepperoni and brings in a whole slew of vegan and vegetarian options, ranging from pico de gallo to breaded eggplant. There’s a list of specialty pies for each, as well, like the vegan Tiger Style with teriyaki “chicken,” broccoli, sesame seeds, and mozzarella and cheddar substitutes.

Where: Two locations in Brooklyn

Cinnamon Snail began as a food truck in 2010 and now has two permanent locations in Manhattan — one in the Financial District and the other in a Midtown food hall. Its menu is entirely vegan and kosher, and you can order breakfast foods, sandwiches, salads, and burgers. If you still have room after a Beastmode Burger Deluxe or cashew cheese tater tots, be sure to try a doughnut or two from the rotating 30-flavor list.

Where: Two locations in Manhattan 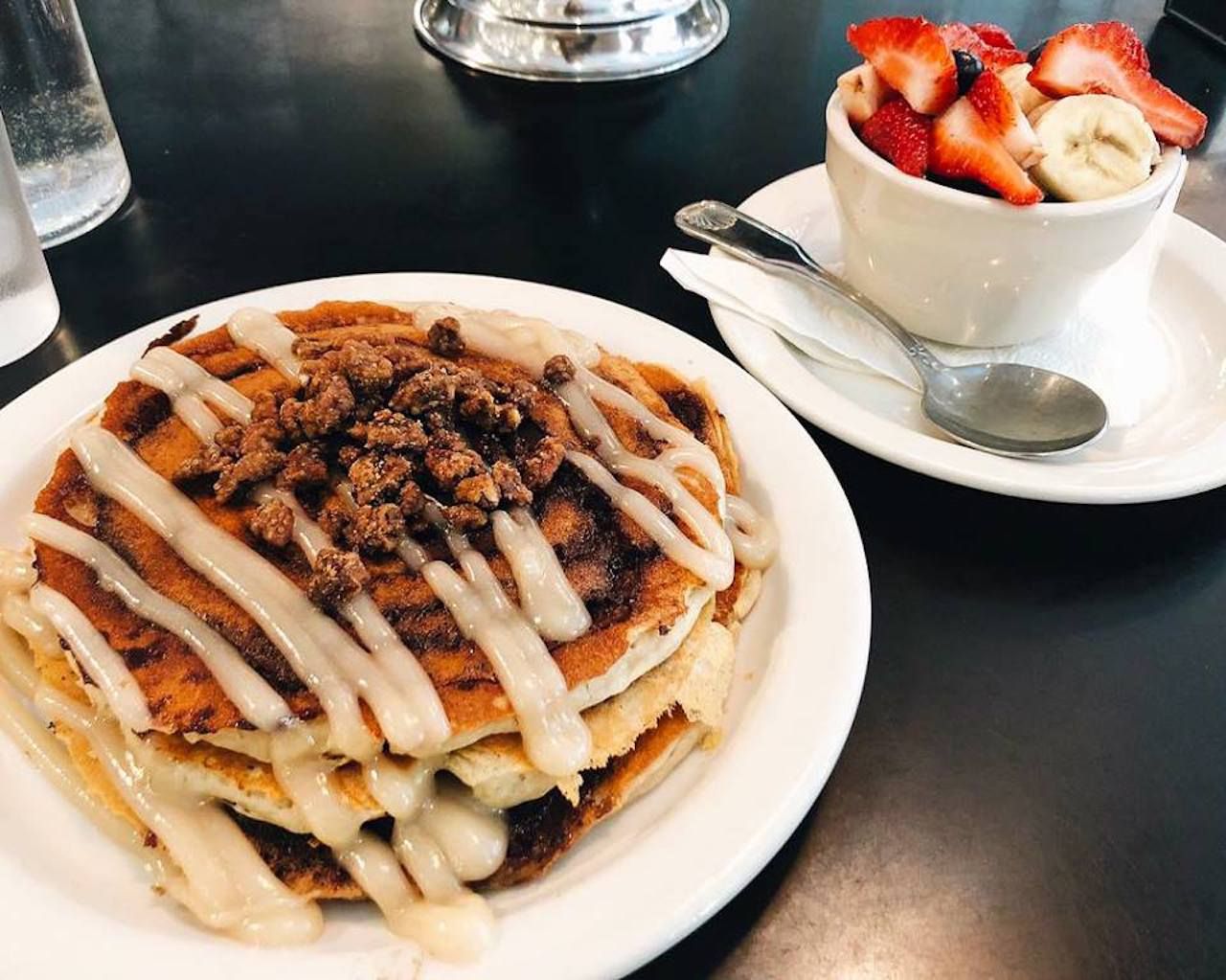 Diners are another quintessential part of the food scene in the United States, and NYC’s got them aplenty. There’s no need to stick to the salad menu if you’re a vegan or vegetarian because at Champs it’s all vegan, all the time. Expect standard diner fare but with a twist — like the s’mores pancakes and the Kickin’ Cowgirl tofu scramble with tofu, tater tots, chili, cheese, avocado, and toast. We recommend trying one of 10 different milkshakes offered, such as the Girl Scout with vanilla ice cream, mint, cookie crumbles, and whipped cream.