A full moon is a common occurrence but on a cloudless night, it never fails to impress with its brightness and mysterious uneven surface. More exciting even, is when the full moon takes on deep shades of red and orange in a phenomenon called a total lunar eclipse or “blood moon.” Lunar eclipses happen when the earth blocks the sun’s light and projects its shadow on the full moon, an event that only occurs between zero and three times a year. Because they take place at night when most of us are sleeping, total lunar eclipses are not as popular as total solar eclipses, but they do make for a beautiful spectacle that’s worth staying up for — or even travel for. The last total lunar eclipse was in January 2019, but luckily, there are plenty more happening in the next 10 years, starting in May 2021.

All maps are from timeanddate.com, where you can also see animations of some the lunar eclipses listed below and live streams of the events. 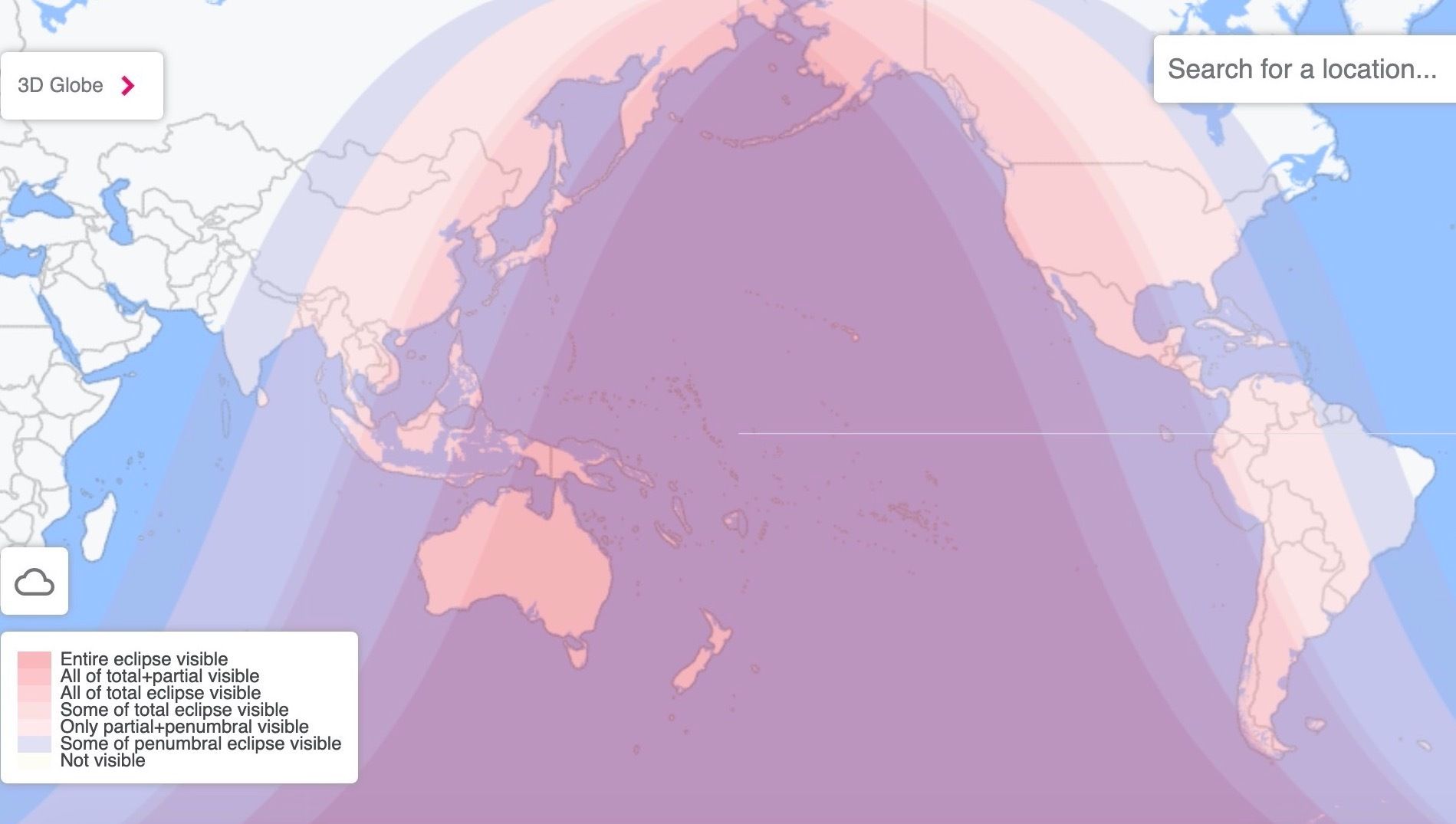 On May 26, 2021, those lucky enough to be in Melanesia, Micronesia, Polynesia, and most of Australia will be able to see all the phases of the entire lunar eclipse, starting at 8:47 AM UTC. According to NASA, while the eclipse is set to last a little over three hours, the total phase, when the moon is red, will only last about 15 minutes. The total eclipse will also be visible in parts of North America, such as western Canada, Alaska, the western United States, and Mexico. 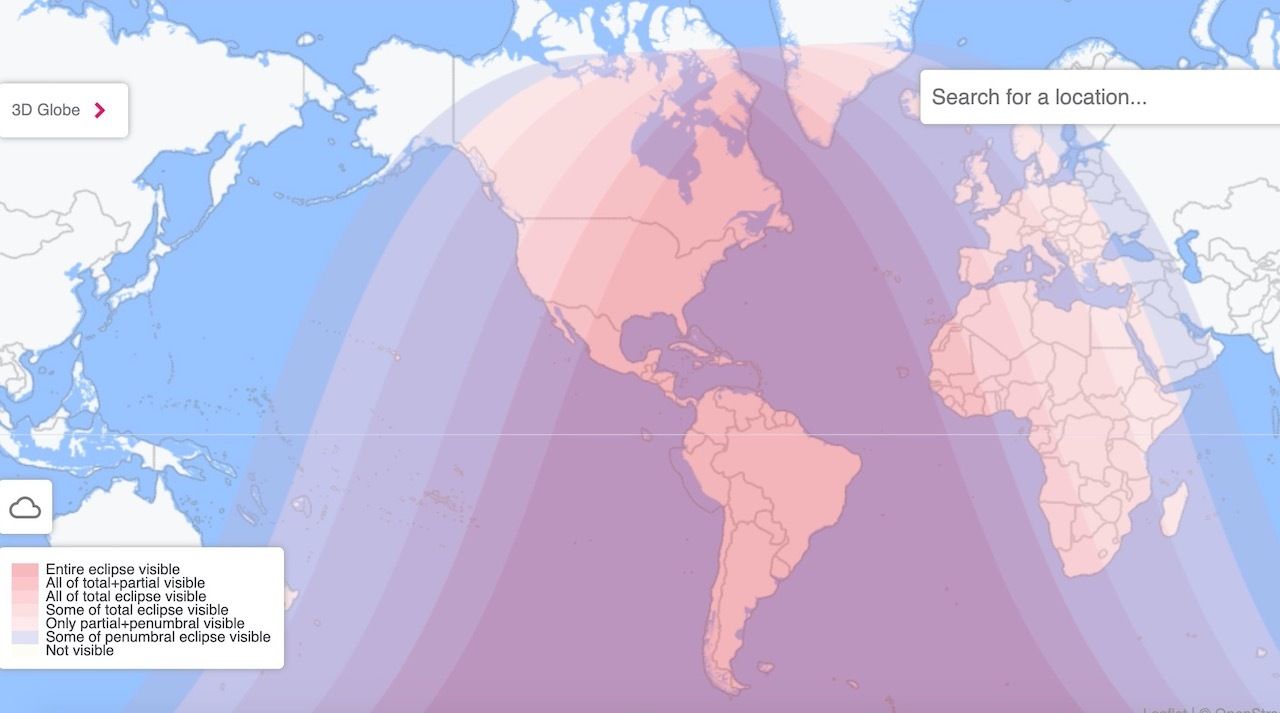 All of Central and South America will be able to see all the phases of the entire lunar eclipse, starting at 1:32 AM UTC on May 16, 2022, as well as most of Mexico and large swathes of the eastern half of the US and Canada. According to NASA, the eclipse will last about three and a half hours, but the total phase, which will be visible in most of the US, the southern tip of Greenland, Portugal, Spain, and western Africa, will last a little less than an hour and a half. 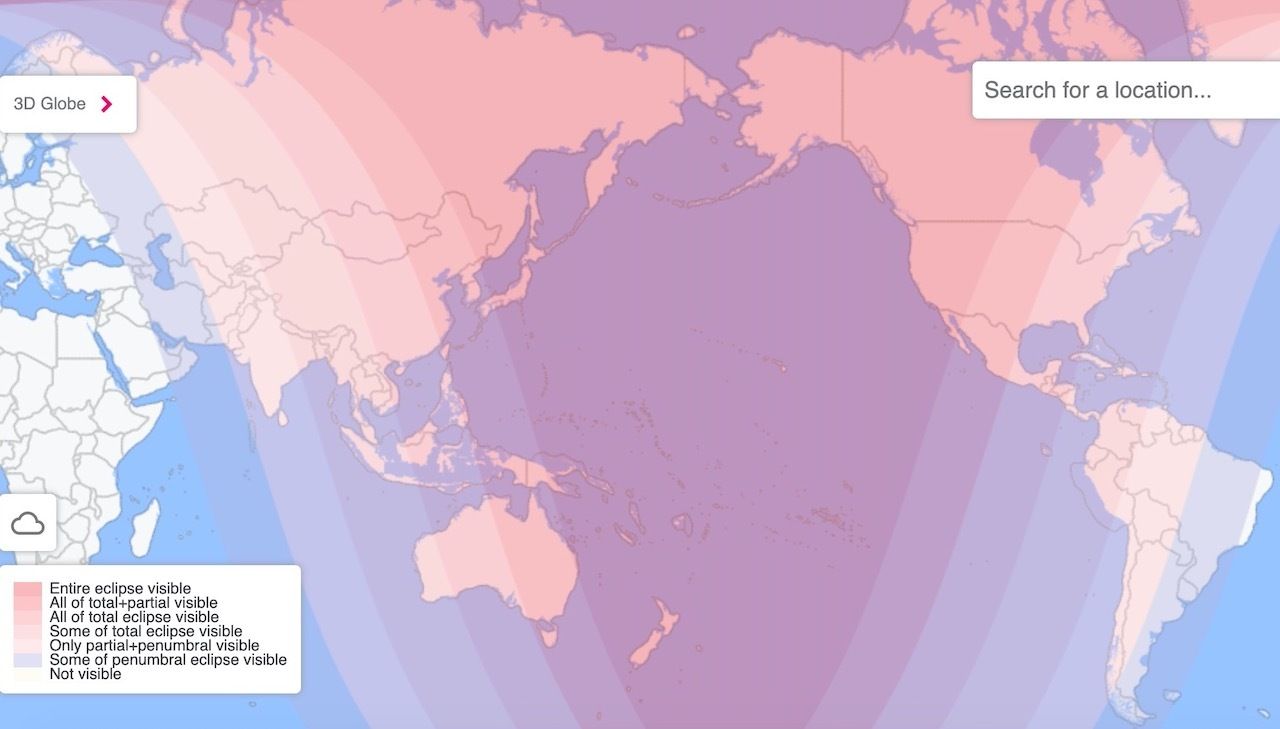 To be treated to a three-hour-and-40-minute lunar spectacle in November 2022, you’ll need to find a clear sky in New Zealand, Polynesia, Japan, eastern Russia, Alaska, the western half of Canada, or the western US — options are aplenty. The show will start at exactly 8:02 AM UTC. If you’re only interested in the total coverage of the moon by the earth’s shadow, NASA explained that it will last about one hour and 25 minutes, which is plenty of time to appreciate it. 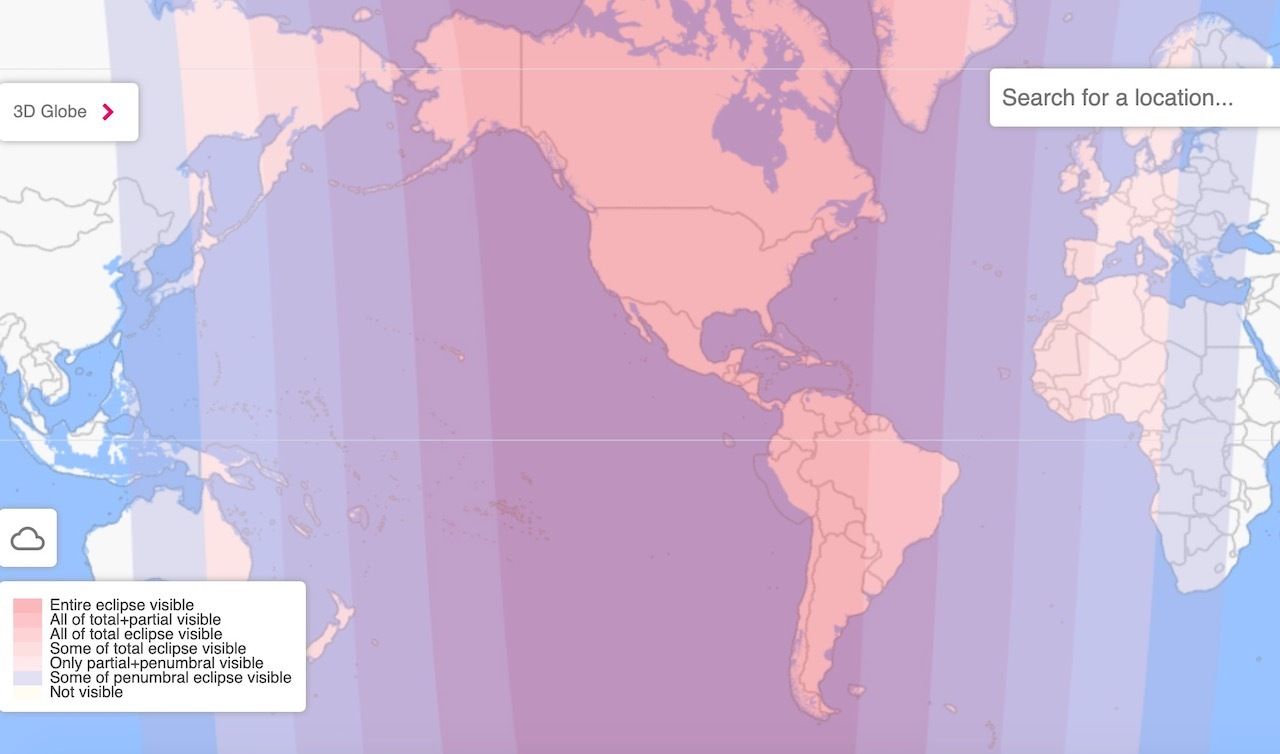 The Americas will be the place to be on March 14, 2025. The entire contiguous US, Canada, Mexico, Central America, and most of South America will be able to see the whole eclipse, which is due to last three hours and 38 minutes, according to NASA. The total phase of the eclipse will last a little more than one hour. The astronomy show is set to start at 3:57 AM UTC. 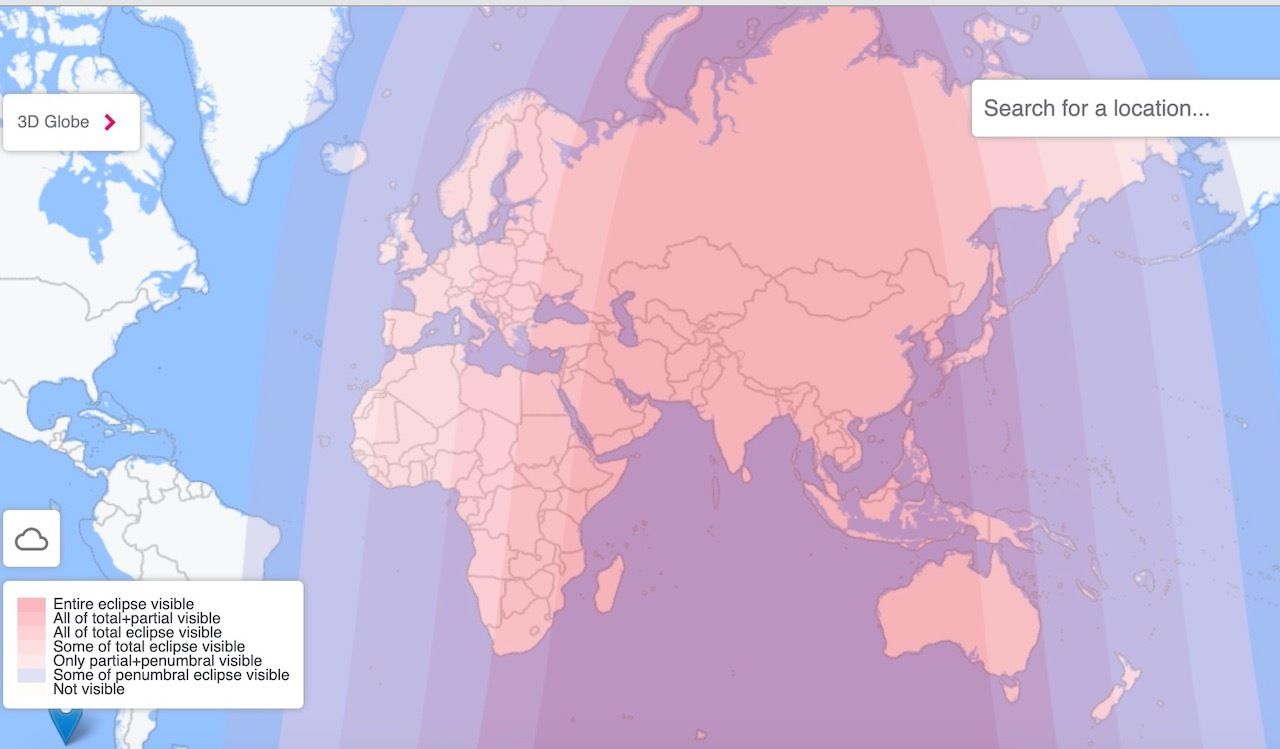 The total lunar eclipse of September 2025 will be visible in large parts of Australia and most of Asia and Russia so you won’t lack options for seeing it. It will start at 3:28 PM UTC and last three and a half hours, but NASA expects the total phase of the eclipse to last one hour and 22 minutes. 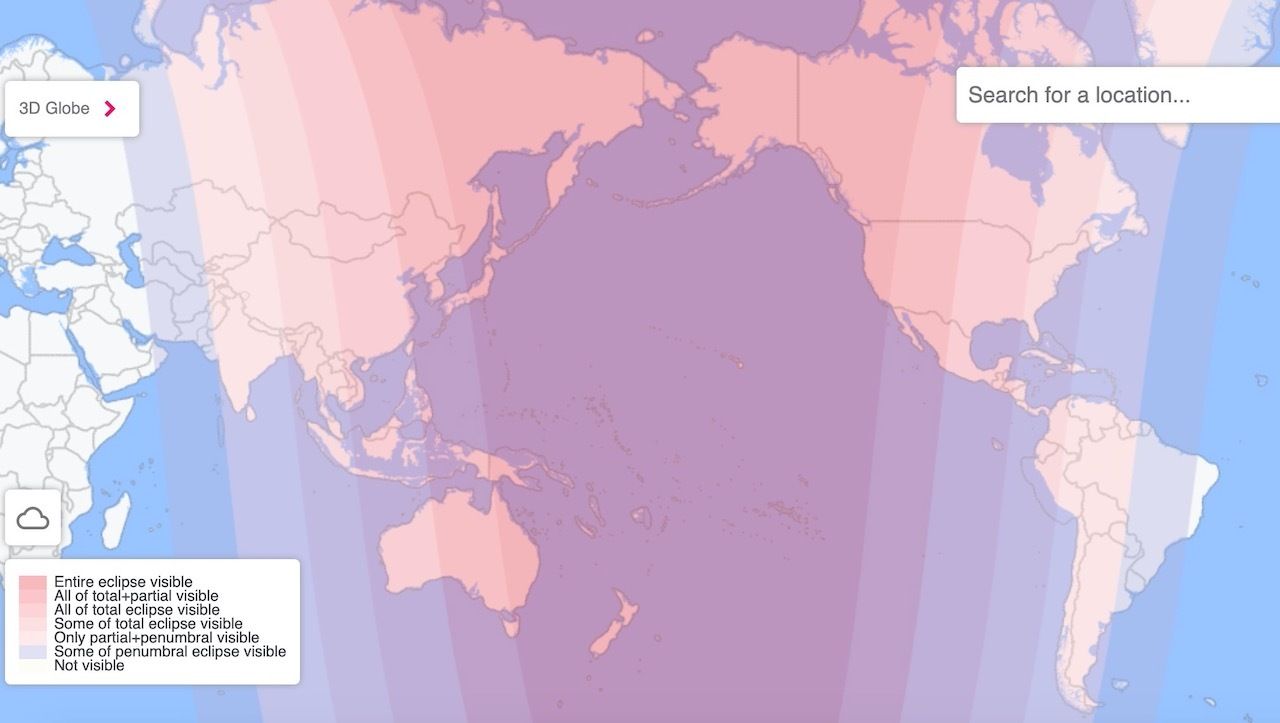 The March 2026 total lunar eclipse will be just as visible from the wilderness of British Columbia, Canada, as from the beaches of New Zealand and the paradisiacal islands of the Pacific nations. All you’ll need is a clear sky starting at 8:44 AM UTC for about three hours and 27 minutes. The blood moon effect will last 58 minutes, according to NASA.

There are few better ways to end a year than by looking at a rare and beautiful celestial phenomenon, and in 2028, starting at 2:03 PM UTC, all of Asia — as well as part of Australia, Greenland, and Europe — will be able to do just that. The entire lunar eclipse will last nearly three and a half hours and the total coverage of the moon by the earth’s shadow will stretch for one hour and 11 minutes exactly, according to NASA. 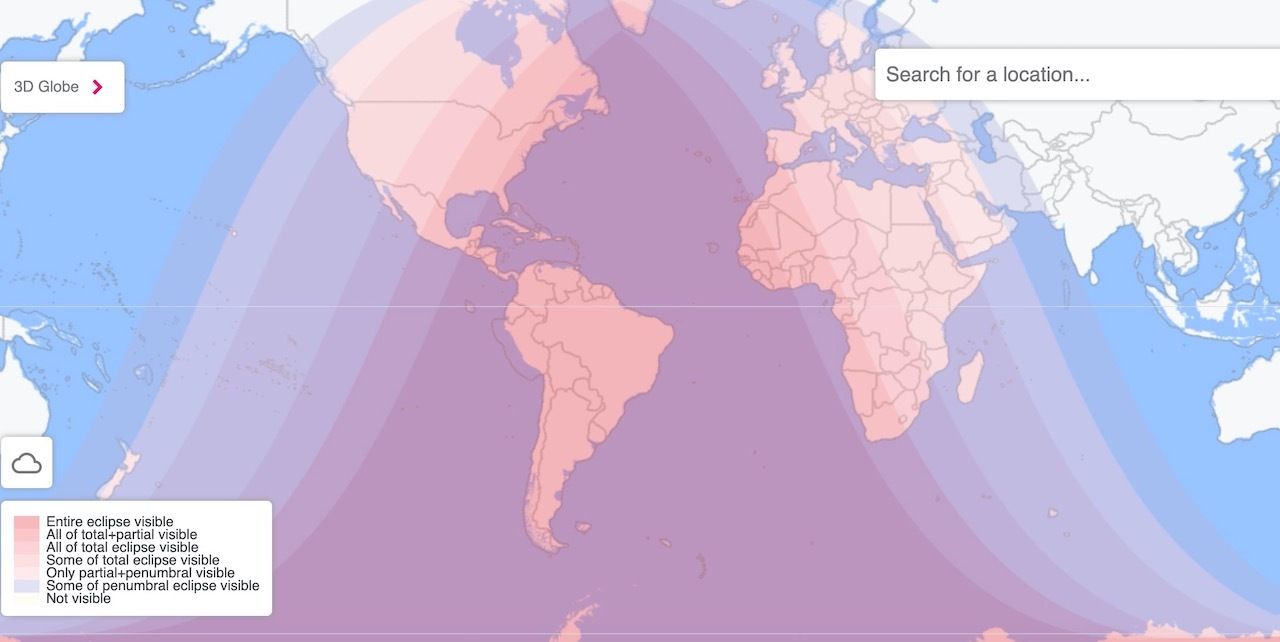 At 34 minutes after midnight UTC on June 26, 2029, the whole of South America, parts of Central America and West Africa, and slivers of the eastern US and Canada will be able to see a total lunar eclipse from start to finish. The event should last a total of three hours and 40 minutes, but for those who want to sleep a little bit and only want to see the moon glowing red, that will last one hour and 41 minutes. 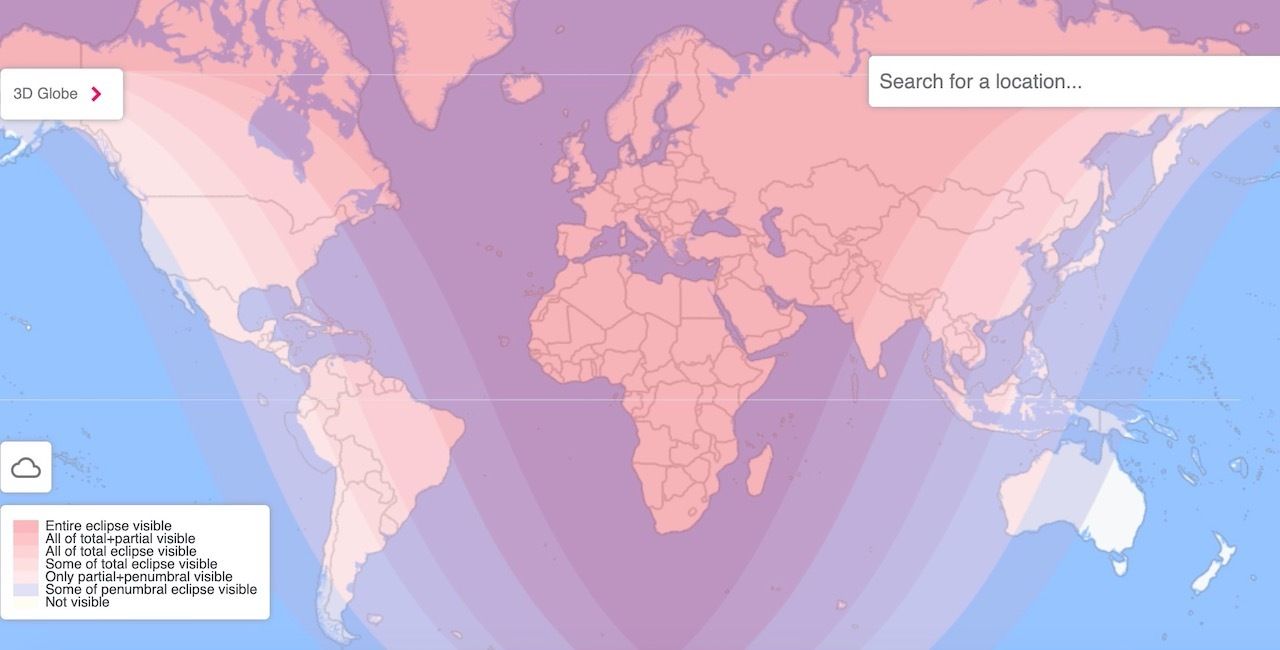 If the holidays do not provide enough excitement in 2029, know that just before Christmas that year, there’ll be a total lunar eclipse worth every gift under the tree. On December 20, 2029, people in Europe, Africa, the Middle East, and Central Asia will be able to see a total lunar eclipse from start to finish — a phenomenon that will start at 7:42 PM UTC and last for three and a half hours, according to NASA. 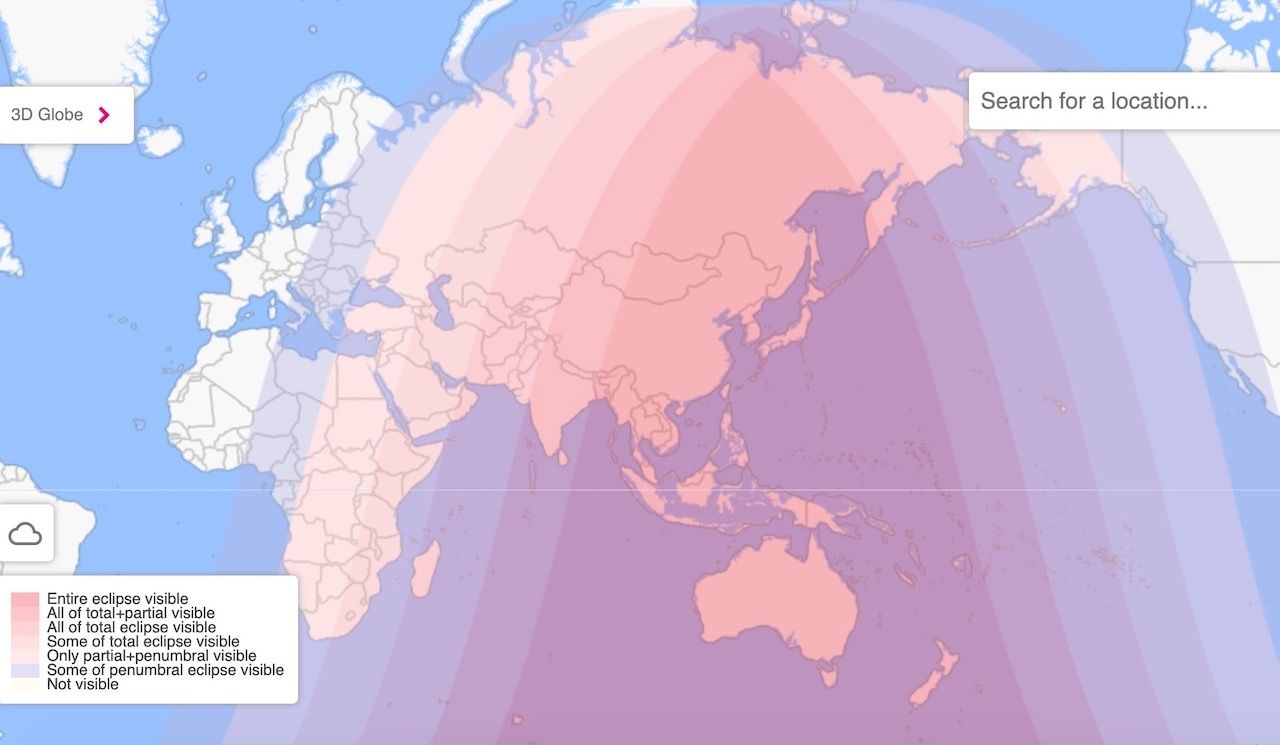 In 2032, combine spring travels in Asia with astronomical phenomena and check out the total lunar eclipse from a beach in Thailand, the mountains of Taiwan, or even a quiet and cloud-free spot in Japan. The total lunar eclipse will last three and a half hours and start at 12:22 PM UTC. The moon will be covered by the earth’s shadow and appear red for just over one hour.

AstronomyThe Next 10 Total Solar Eclipses Around the World
Tagged
Astronomy
What did you think of this story?
Meh
Good
Awesome