Imagine taking a casual stroll through a state park and stumbling upon a massive diamond. That’s what happened to Kevin Kinard, a 33-year-old visitor to Arkansas’ Crater of Diamonds State Park, over Labor Day weekend.

Kinard’s discovery wasn’t exactly accidental, though. He was visiting the park specifically to look through the diamond search area. He didn’t believe he had found anything worthwhile but went to the Diamond Discovery Center anyway to have the park staff identify his find.

In a park blog post, he said, “I almost didn’t have them check my finds, because I didn’t think I had found anything. My friend had hers checked, though, so I went ahead and had them check mine, too.”

A staff member set aside a marble-sized crystal from Kinard’s collection and, after closer examination, explained that he had found a nine-carat diamond.

“It kind of looked interesting and shiny, so I put it in my bag and kept searching. I just thought it might’ve been glass […] I honestly teared up when they told me. I was in complete shock!” 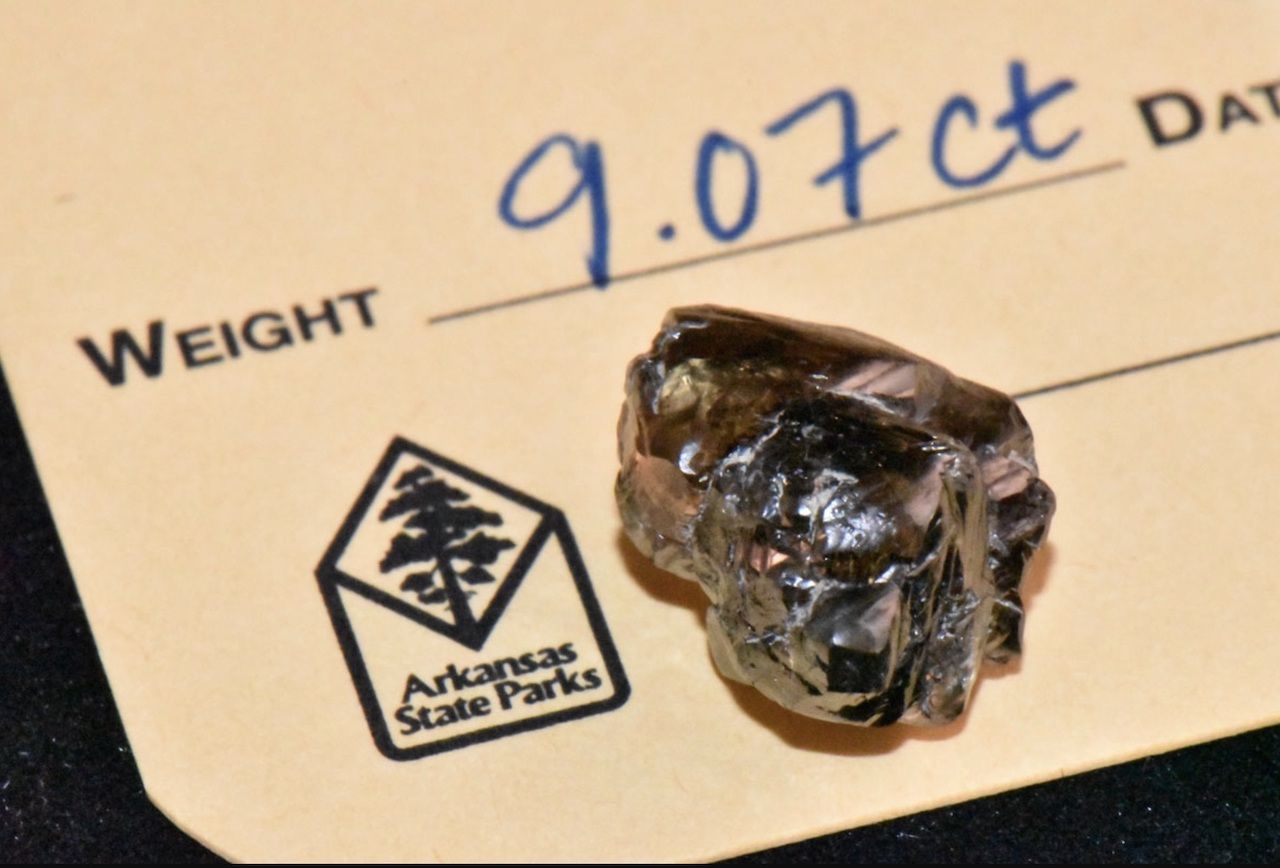 Park Assistant Superintendent Dru Edmonds said in the blog post, “Conditions in the diamond search area were perfect for Mr. Kinard to find his diamond. Park staff plowed the search area on August 20, just a few days before Tropical Storm Laura dropped more than two inches of rain in the park. The sun was out when Mr. Kinard visited, and he walked just the right path to notice the sunlight reflecting off his diamond.”

It’s the second-largest diamond ever discovered at the park since it opened in 1972. The biggest ever was 16.37-carats and found in 1975. About one or two diamonds are discovered in the park each day, though none as large as this one.

ArchaeologyArchaeological digs around the world you can actually partake in this year
Tagged
News Arkansas, United States
What did you think of this story?
Meh
Good
Awesome

Best hikes with stunning views in the Ozark Mountains

12 incredible moments you’ll have on a trip to Arkansas