While watching reruns of Chopped recently, I encountered a moment that made my skin crawl. Bear in mind, this is not my typical reaction to Chopped, a show that normally, despite its extremely chaotic energy, helps me relax. But not on that day. One of the chefs opened her basket and announced to the camera that she would be preparing what she called an “Asian broth.” I had to hit pause on the episode and take a deep breath.

There is no such thing as Asian broth. There are 14 countries in East and Southeast Asia, home to a population of more than 655 million people. (Technically, there are 48 countries in Asia altogether, including the South and Western Asian countries of India, Armenia, and Afghanistan, but I won’t be covering those today.) The flavors and ingredients featured in each individual cuisine are as diverse as the continent.

In the case of the offending Chopped chef (who, if I were to give her the benefit of the doubt, was probably in a rush and not thinking clearly), I suspect that she meant to prepare a Thai broth using lemongrass, soy sauce, and chilies. Still, it’s a curiously narrow-minded mistake for a chef to make, though not an uncommon one. Top Chef has a long history of (mostly white) chefs describing their cooking styles and dishes as just “Asian.” This over-simplification is not limited to reality TV chefs. The American palate has grown used to pad thai and lo mein, limiting our understanding of the diversity at the core of Asian cuisine (itself not a very useful term) — sometimes to the point of outright racism. Especially in Chinese cooking, unfamiliar dishes and ingredients are cast as unhealthy, smelly, and, according to numerous travel blogs that we’re not going to link here, “disgusting” (attitudes which have only been exacerbated during the coronavirus pandemic).

Of course, not every American, and certainly not this particular Chopped chef, approaches Asian people with such contempt. There is nonetheless an underlying perception that Asian culture is mysterious to Westerners, and therefore it’s easy to talk about as though it is homogenous. The shorthand some culinary-minded people use hardly does justice to the breadth of dishes each country serves — even if some of them, noodle dishes being one example, look alike.

When it comes to soups in particular, it can be easy to generalize. The flavors in Asian soups popular in the United States — phở, miso soup, and tom yum, for example — have distinct similarities, which might account for some of the confusion. Red chilies, soy sauce, garlic, cilantro, scallions, lemongrass, bean sprouts, and lime, among other ingredients, form the basis for the pungent, spicy, umami, and sometimes even tangy broths of East and Southeast Asia. However, the diversity of soups treasured in cuisines throughout Asia far outweighs the similarities. 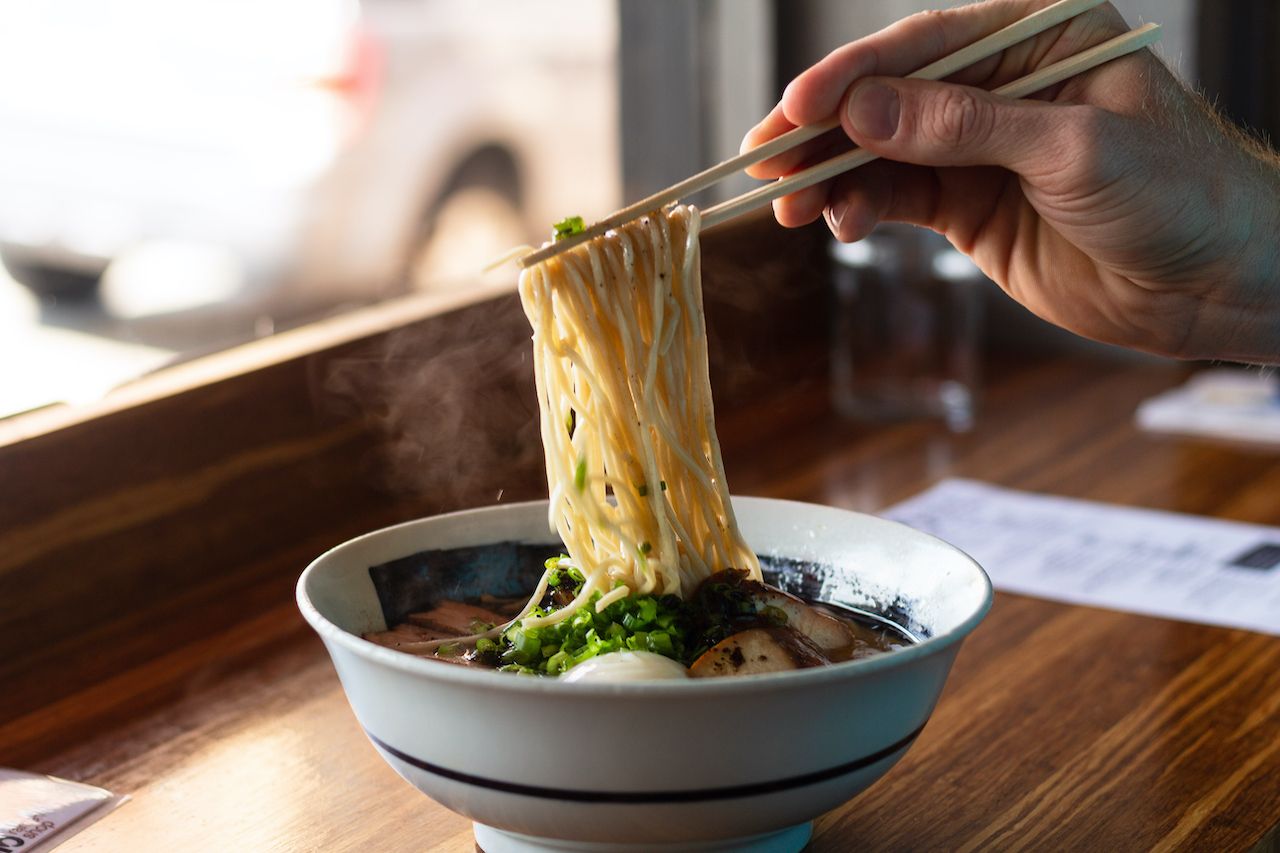 Most countries in Asia feature some variation on soup in their cuisines, and, especially when it comes to protein and spices, many ingredients overlap.

For instance, in Jakarta, Indonesia, where my father’s family is from, soto ayam (chicken and vermicelli noodles in broth flavored with tumeric) is just one soup of choice. Foods that are popular in Indonesia tend to have an equivalent in Singapore and Malaysia.

There are differences, however, even in these equivalents. Laksa (a coconut milk-based prawn and tofu soup spiced with sambal oelek, turmeric, and fish sauce) is more popular in Malaysia. The Thai people have their own take on a coconut milk-based broth called tom kha gai that’s flavored with kaffir lime leaves, mushrooms, galangal, and lemongrass.

You’ve heard of phở, but what about bún bò Huế? The latter features a rich broth made from boiled beef bones and beef shank and is seasoned with chili oil to give it a deep red color. These two are just a couple of the many soups popular in Vietnam. Meanwhile, one of the most beloved dishes in Filipino cuisine is sinigang. Sinigang is famous for its sour broth that’s flavored with pork and the crucial ingredient: tamarind.

Move away from Southeast Asia, and you’ll find a buffet of soups that looks entirely different. In the Sichuan region of China, fiery hot pot is spiced with whole red chilies and Sichuan peppercorns. In Korea, many soups, called guk or jang depending on the type, are considered comfort food dishes. Yukgaejang (spicy beef soup), for instance, is seasoned with scallions, red chili flakes, garlic, gochujang (red chili paste), and a special kind of soy sauce used primarily in soup called guk ganjang.

In Japan, there’s ramen and miso soup of course, but there’s also suimono, which is a Japanese clear soup that’s flavored, depending on the recipe, with kelp, tofu, mushrooms, or soy sauce. There’s also kenchin-jiru, a root-vegetable-based soup probably invented by Buddhist monks.

I could keep going for the length of a novel, but you get the idea. The term “Asian broth” flattens a cuisine rich in history and delicious, life-sustaining ingredients. It takes more time and effort (in the form of research, tasting, and cooking yourself) to understand the sometimes subtle and other times extreme differences in the many different types of soups and broth popular on the Asian continent, but it’s worth it to try. Bringing more specificity to our language respects the very different cultures from which these dishes originate, and honors the people who have been cooking and eating them for thousands of years.

Food + Drink7 Noodle Soups To Obsess Over That Aren’t Ramen or Pho
Tagged
Food + Drink
What did you think of this story?
Meh
Good
Awesome