Going to the bathroom in public is usually, at best, an uneventful occurrence. But some places around the country put a little extra effort into their restrooms by using art, design, and sensory experiences to make using the bathroom as much a part of your visit as anything else. The business products wizards at Cintas give an annual award for best restroom in America, and just released their nominees for 2021. You can take a look and vote for your favorite right here. But before you do, take a look at the nominees and see which one you’d most like to stay in a little longer than you should. 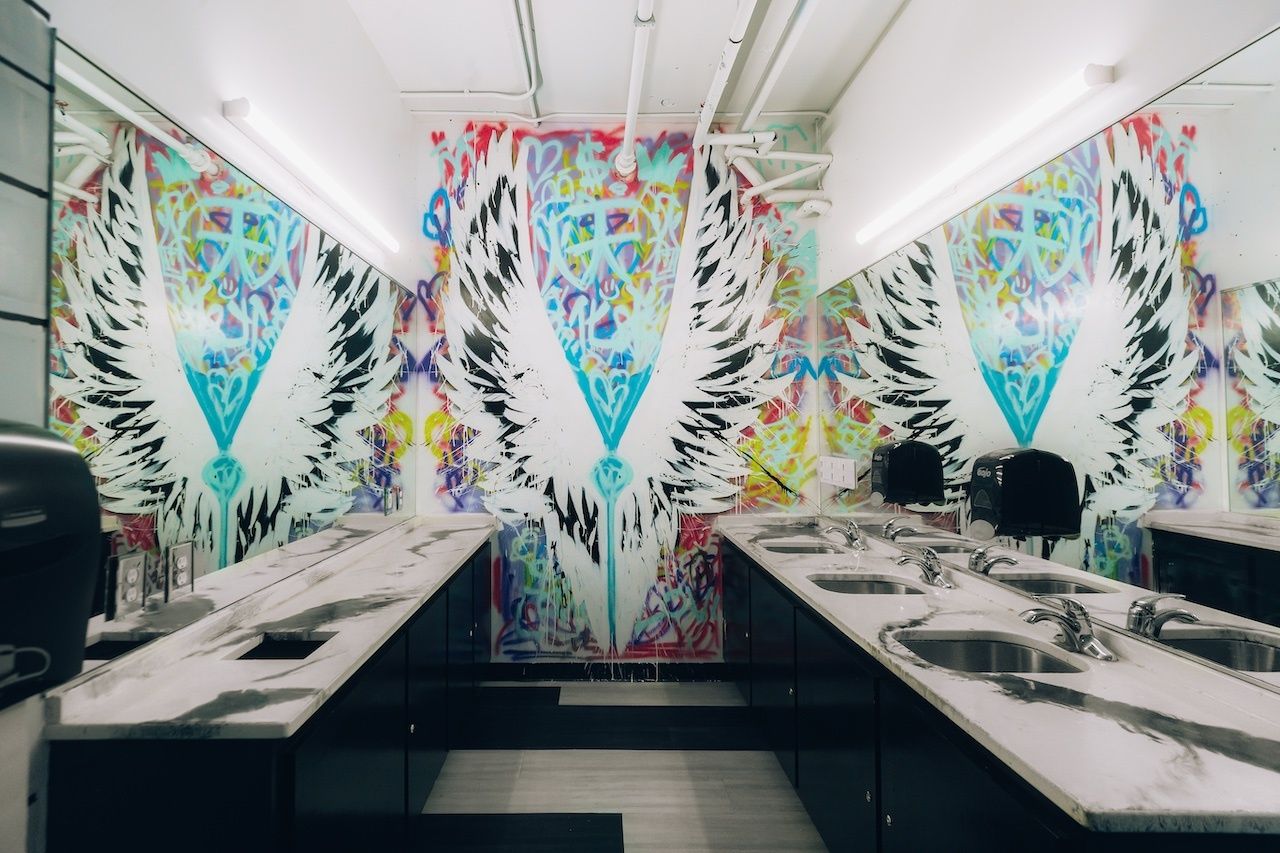 Men have long suspected that women’s restrooms are secretly filled with ornate decor and plush furnishings, and Core24 goes a long way toward confirming those suspicions. The women’s restroom at the Core 24 GVL fitness center combines art and street culture, influenced by art, design, and music. The bathroom has a spray-painted mural and a large flower wall, both of which serve as the perfect backdrop for pre-or post-workout selfies. 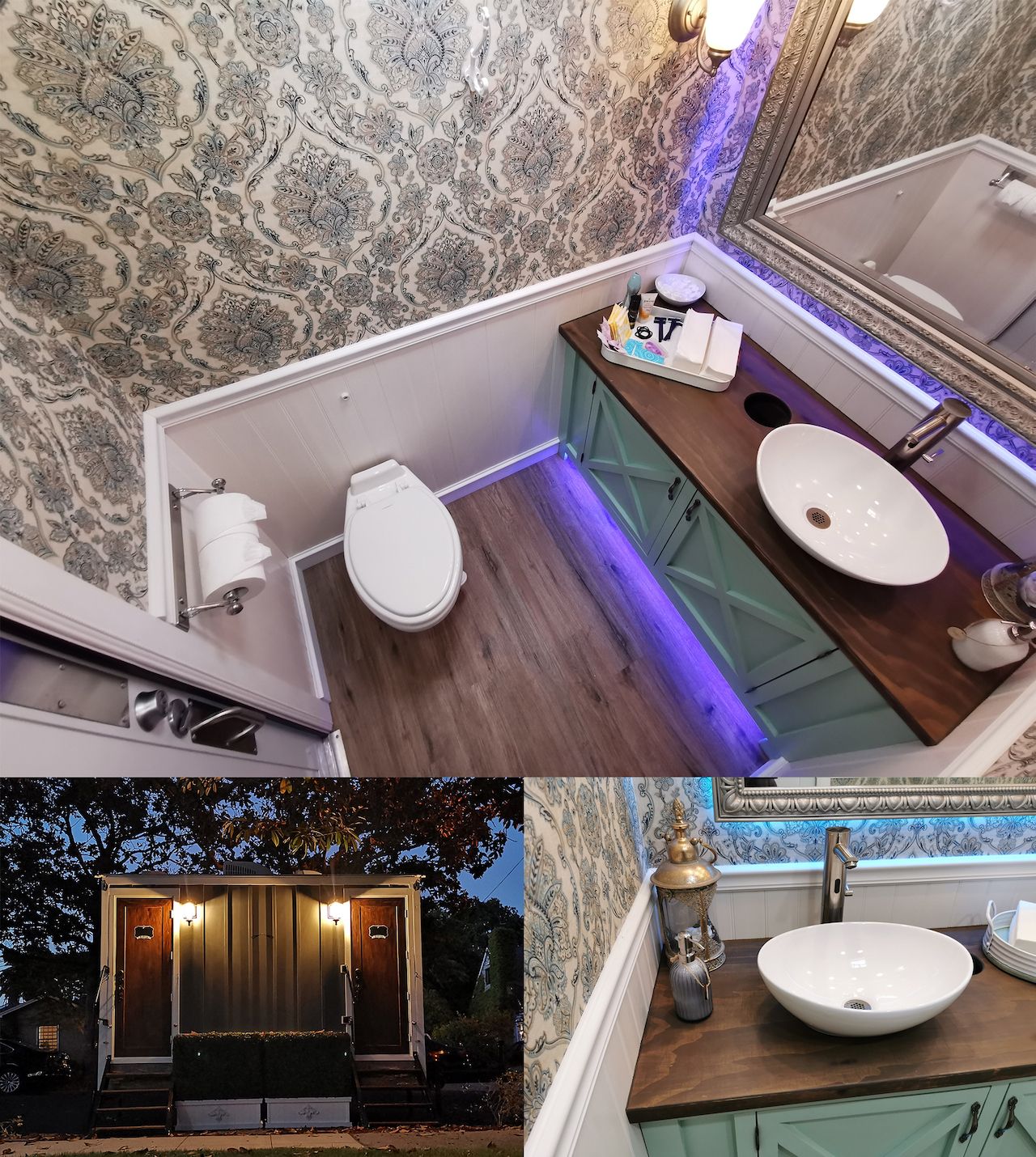 Most porta potties are best avoided, but Fancy Flush is likely the most ritzy mobile bathroom you’ve ever encountered. Inspired by tiny homes with a French Country aesthetic, these bathrooms feature composite stone, board, and batten siding, boxwood hedges, hand painted faux wood doors, and wrought iron finishes like handles, sconces, and stairs. The interior is composed of two spacious restroom suites with vessel sinks, contactless faucets, air conditioning, heat, mood music, dimmable lighting, and a hospitality tray with hand towels and other toiletries. It’s like being in a five-star hotel bathroom — except it’s a porta potty. 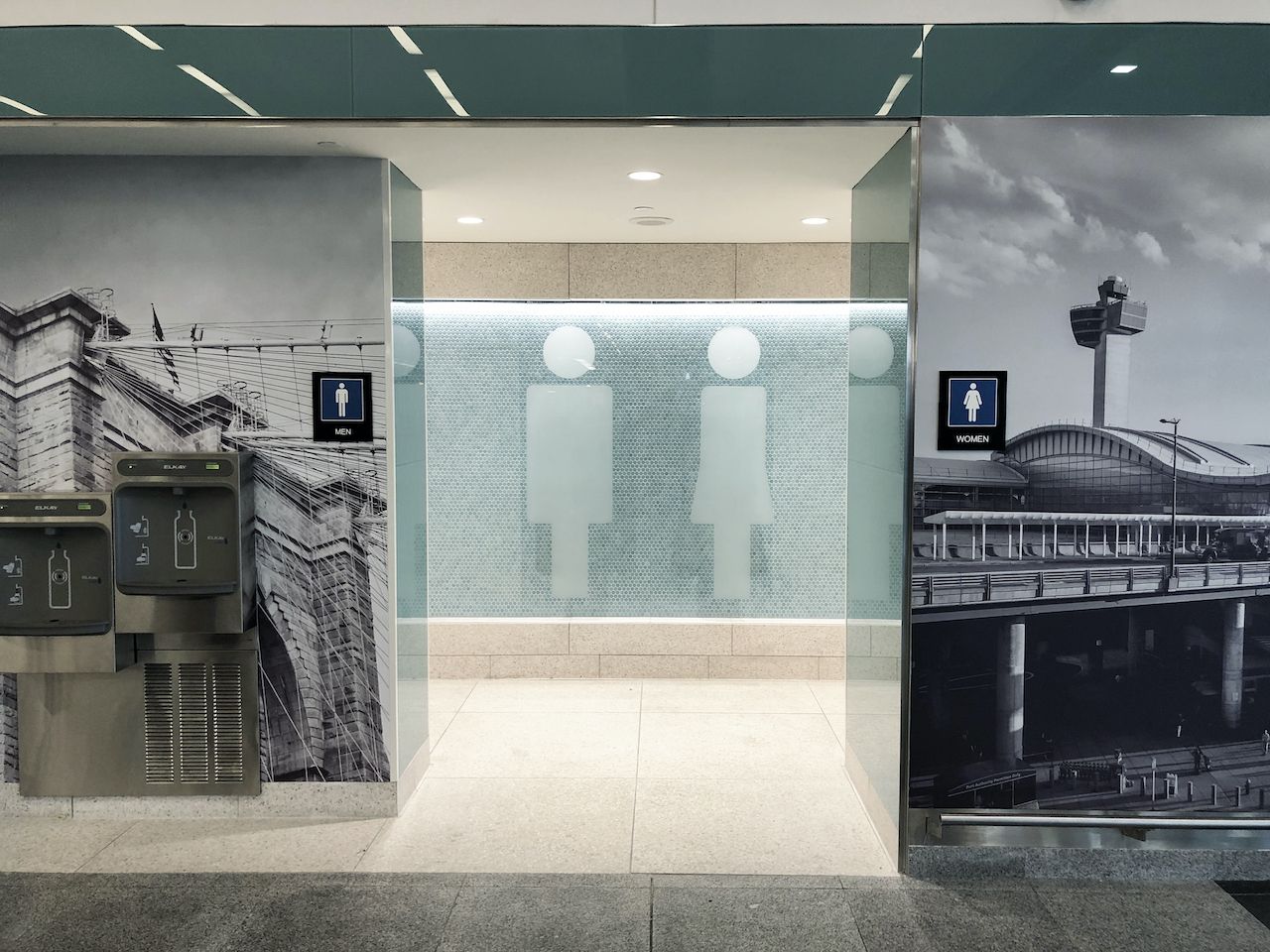 Airport bathrooms usually fall into the same category as porta potties (i.e. steer clear). The newly-renovated bathrooms at JFK Airport’s Terminal 4, however, are part of the Port Authority’s latest initiative to make the airport world-class. Located on the east side of the Customs Arrival Hall, the restrooms are 900 square feet with an entrance featuring black-painted glass with graphics of famous New York City landmarks. The interior features white terrazzo flooring, marbleized walls, and wall sconces that combine to create an elegant feel in an unlikely environment. 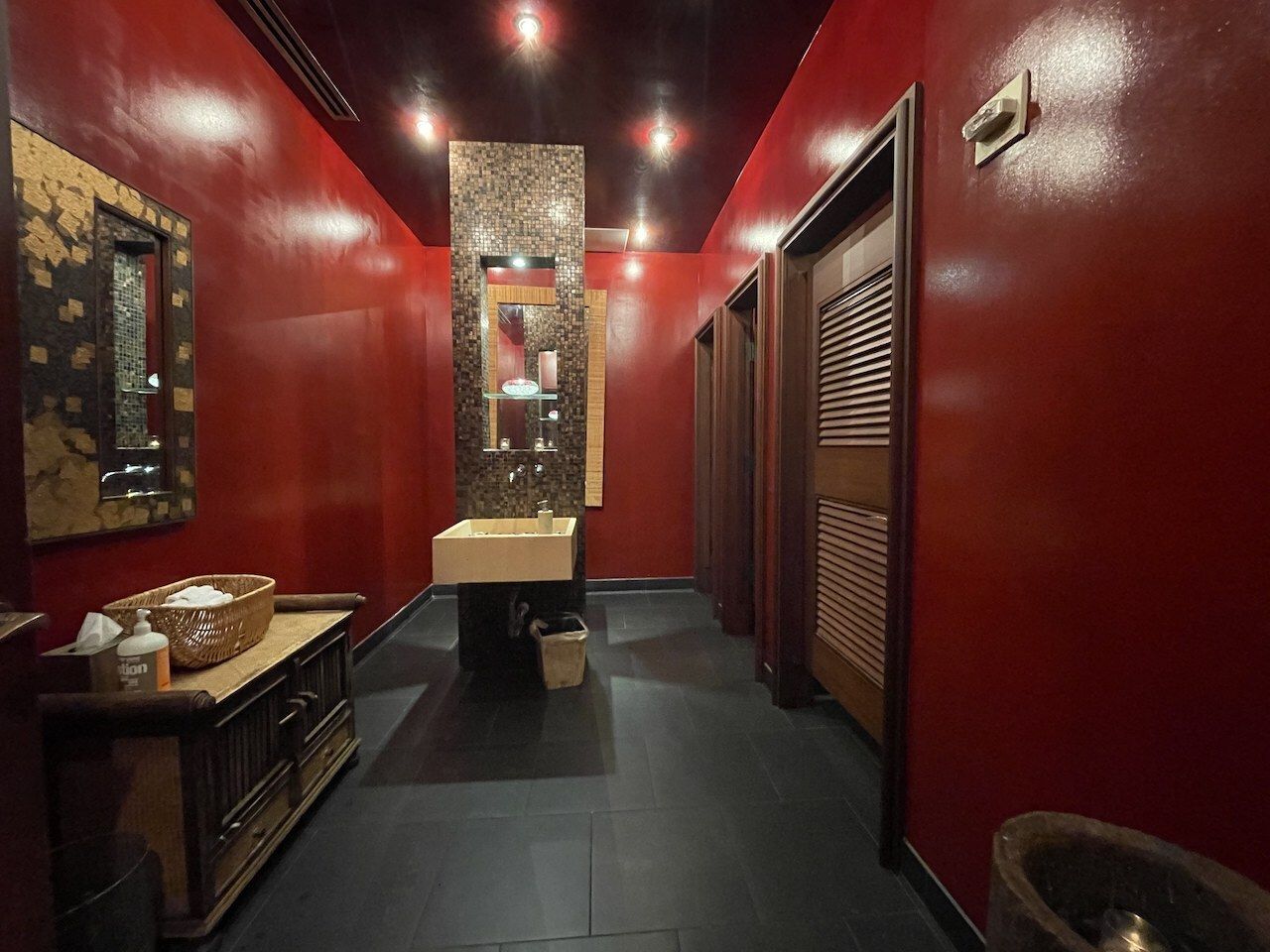 The 14x Four Diamond Award-Winning restaurant is, apparently, known for more than just its food. The restrooms here have been described as “zen-like,” with red and gold interiors and a feeling of luxury. The modern design is complemented by candles and folded towels. 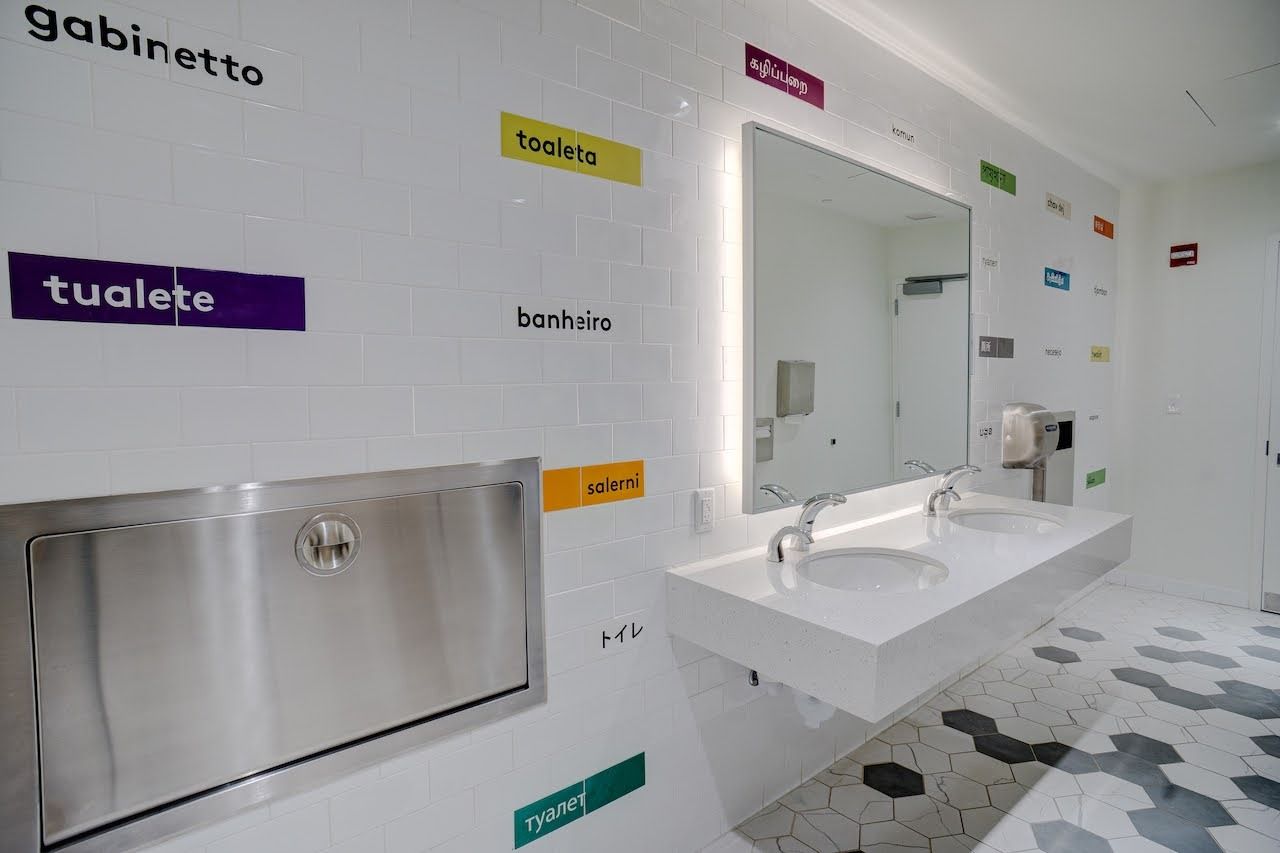 Planet Word is a free museum in Washington DC, dedicated to promoting a love of words, language, and reading. That mission extends to the restrooms, too. The bathroom is full of fun, educational easter eggs, like showing how to ask “Where is the bathroom?” in multiple languages, demonstrating the different names for animal waste, and getting creative with euphemisms. 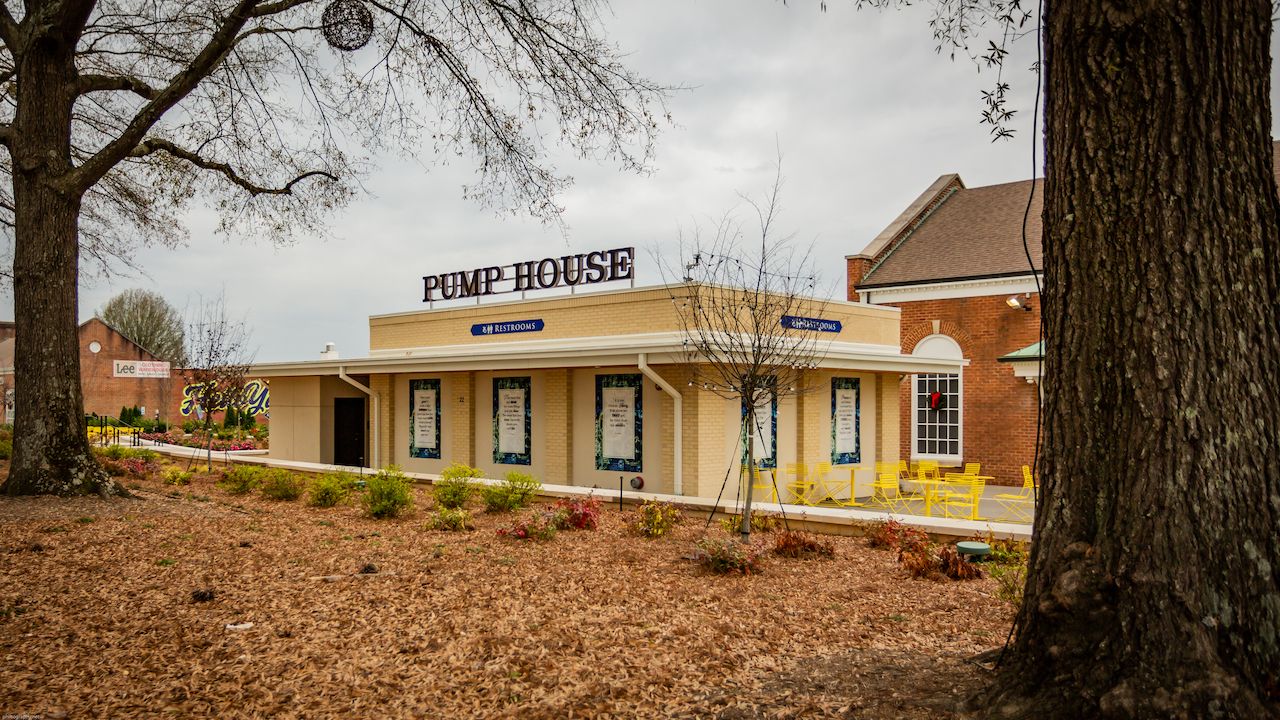 Aptly named, the Pump House in Kannapolis, a stand-alone bathroom, is one of the best in the country. Located in the middle of a tree-lined street, the Pump House is surrounded by water fountains, public art sculptures, and murals. There’s also a putting green, entertainment stages, and inspirational quotes from children’s books to fill out this inspiring public space. 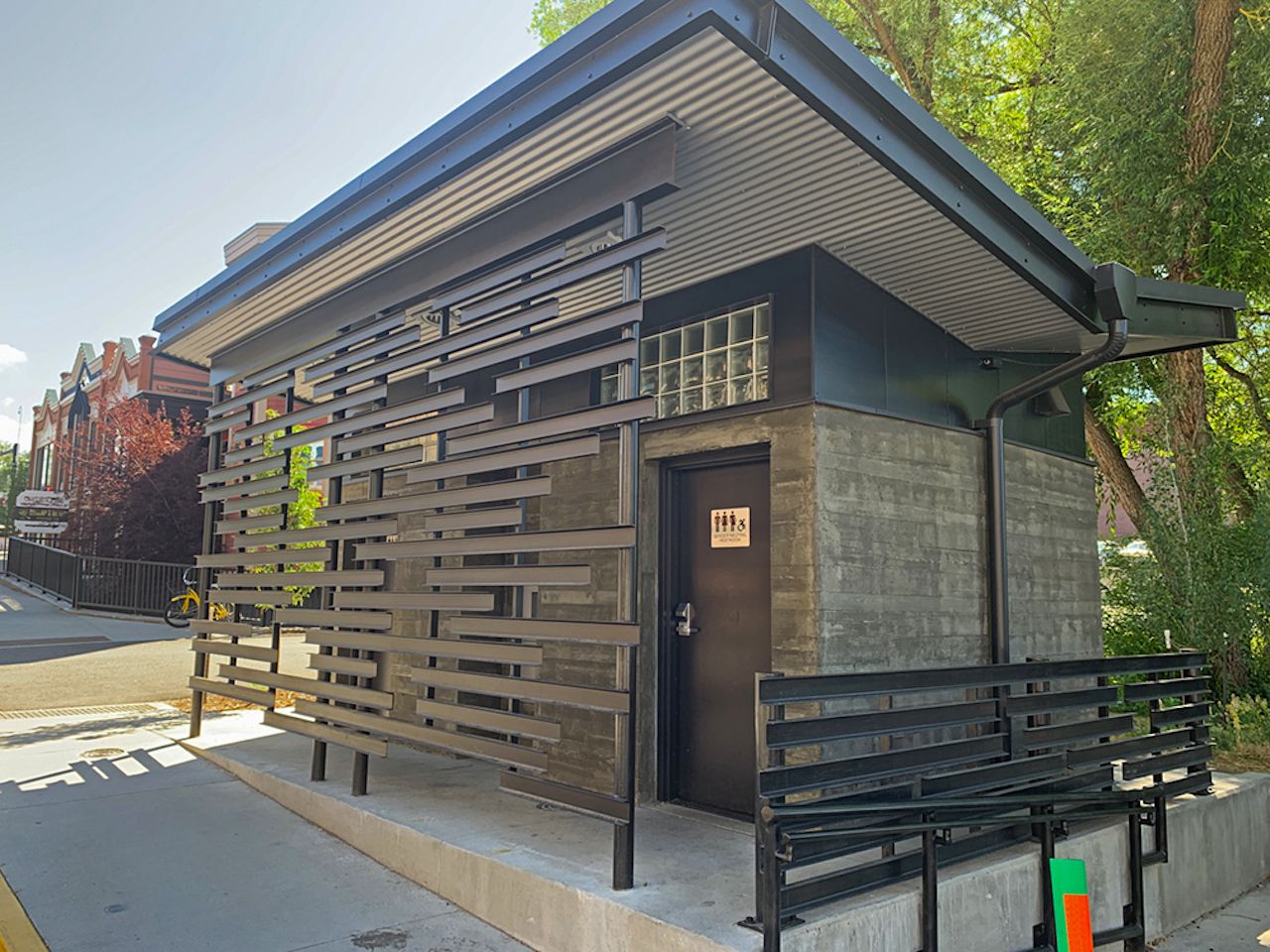 This stand-alone public bathroom in downtown Steamboat Springs is heated year-round, making it perfect for the ski season. It was built using unique design elements for maximum visual appeal, sporting a butterfly-style two-pitch roof, and a facade with steel cladding, board from concrete walls, and glass blocks. 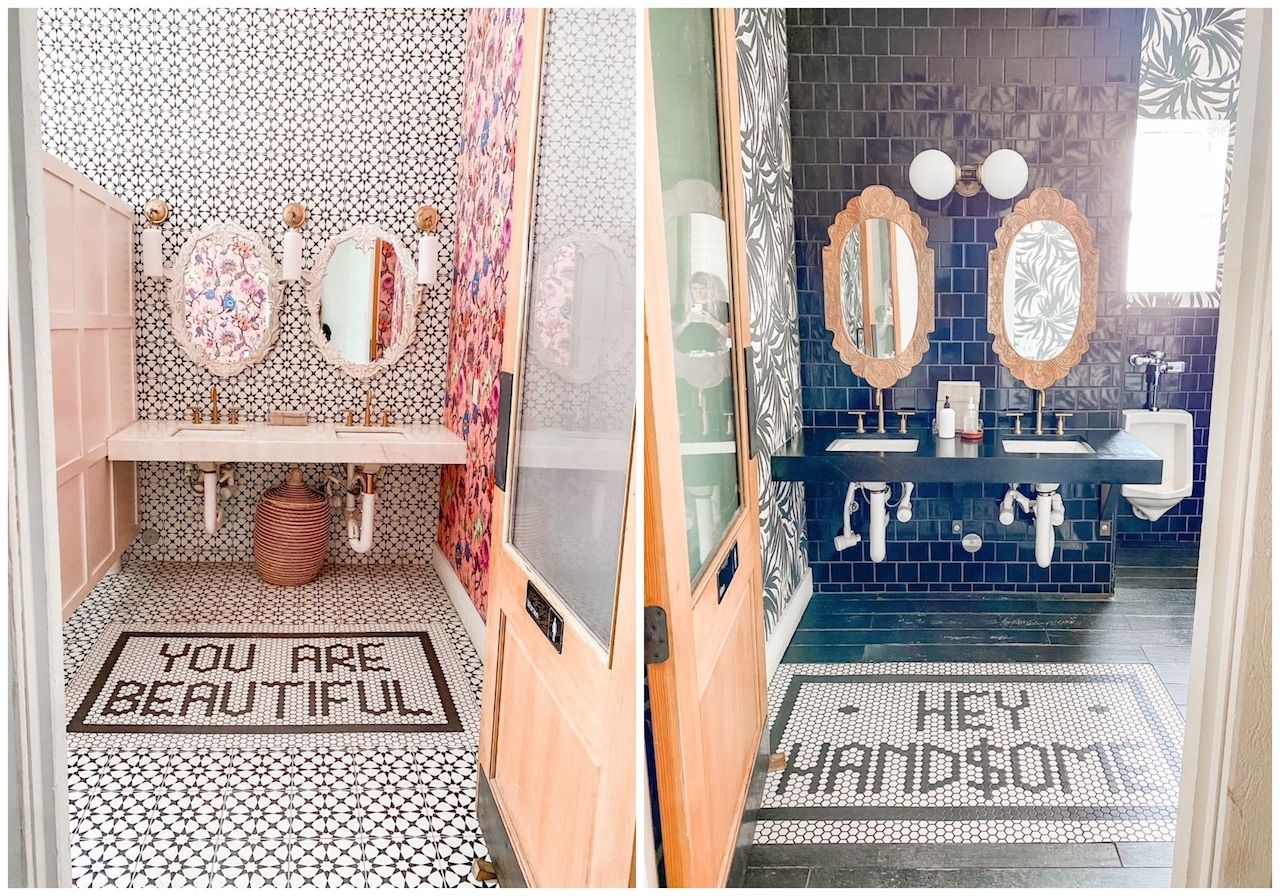 The restrooms at the Fed Community are bright and airy, mixing colors, patterns, and textures. They also feature positive affirmations to give patrons a mood boost, which is always welcome. 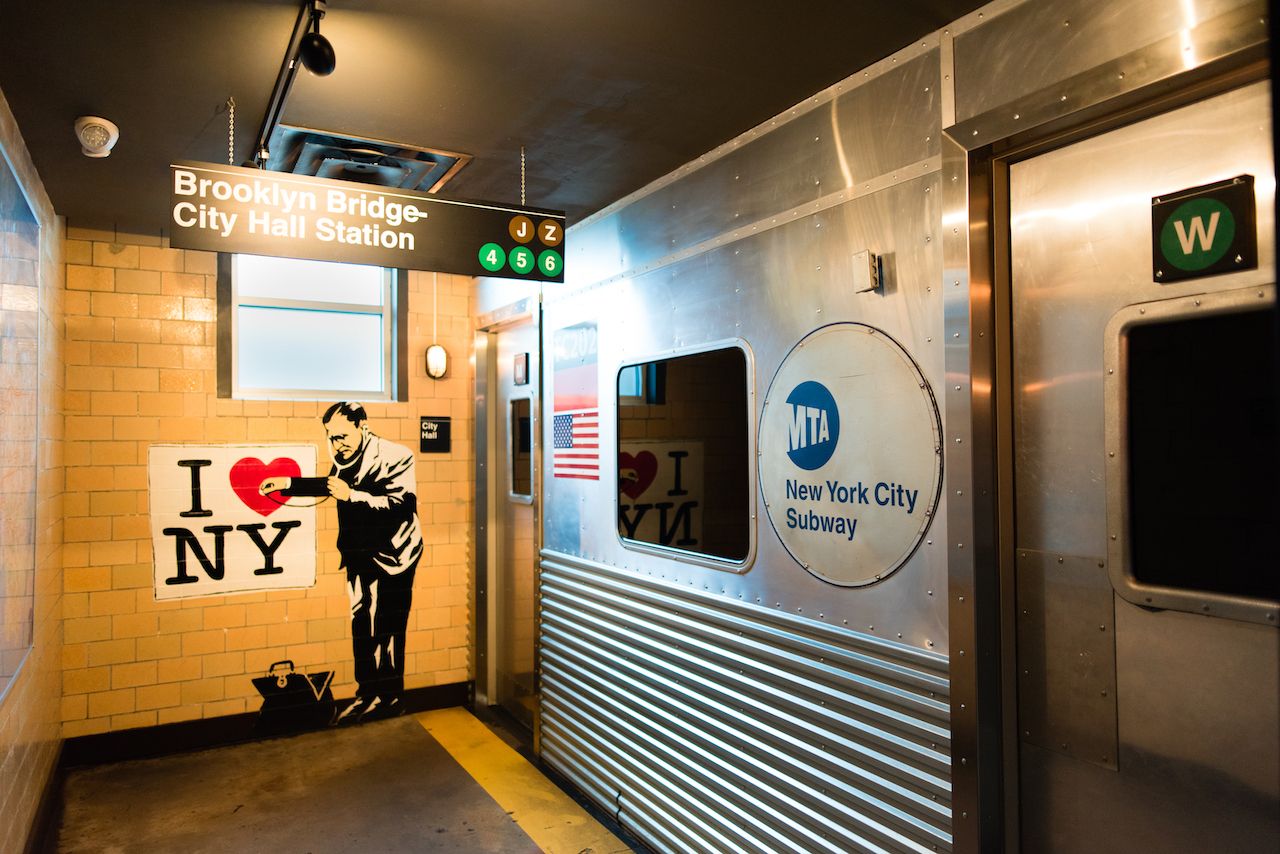 Ironically, the two cities in question here are New York and Chicago — neither of which are the home of this establishment. Those two iconic pizza cities, however, do feature prominently in the aesthetic of this concept restaurant. Furbished like a New York City subway station, the bathroom has a subway platform, train car, station stops playing over the speaker, subway handles above the sinks, and graffiti on the walls. 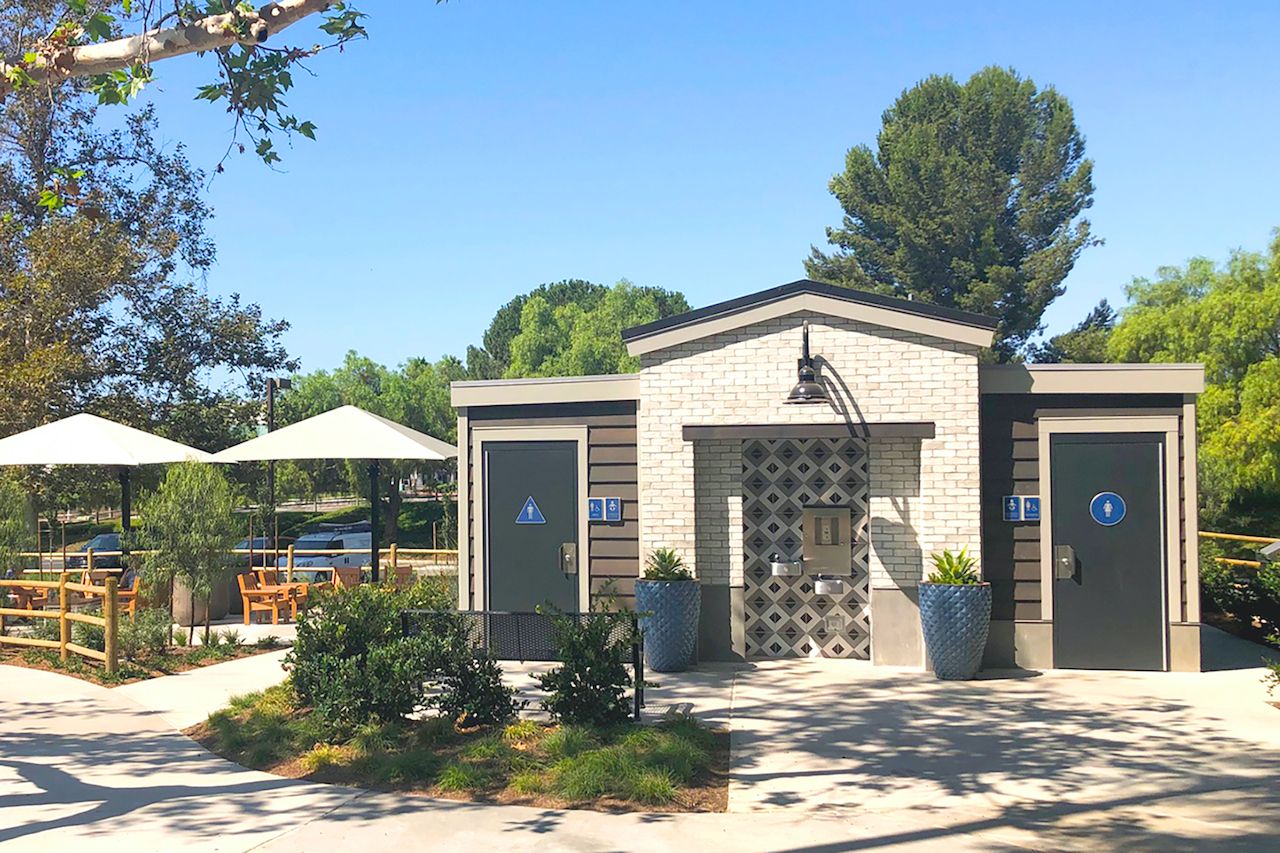 Restrooms in public parks aren’t typically the cleanest or most appealing, but this custom restroom stands apart. The large, multiple-occupancy restroom includes 10 toilets, two urinals, and six sinks that can accommodate up to 540 users per hour (hopefully not all at the same time). The exterior is designed to match the local architecture, with walls upgraded with tile, brick,and stained wood siding to create a high-end look. There are also LED barn-style outdoor wall lights to give the restroom a more modern, glitzy look.

A version of this article was previously published on August 17, 2018, and was updated on August 2, 2021, with more information.

NewsThese New, Colorful Outdoor Toilets in Tokyo Are Completely Transparent
Tagged
Art + Architecture
What did you think of this story?
Meh
Good
Awesome