Nothing brings together the culture and seascapes of Nova Scotia, Canada, like a steaming bowl of seafood chowder. And thanks to Canada’s official Chowder Trail, road-trippers have a guide to taste 58 of Nova Scotia’s best bowls.

For centuries, fishermen have braved frigid North Atlantic waters to harvest a bounty of oysters, lobster, halibut, salmon, and the famous sweet Digby scallops — all of which feature in the province’s cuisine. Seafood is baked into the culture of the peninsula. Nova Scotia itself is even shaped like a lobster claw. Coincidence? Eating chowder here is like eating a piece of the culture, and it’s a culture you want to have more than just a taste of.

The Chowder Trail started in 2016 and takes curious eaters down the coastline of the peninsula and past some of the oldest and most-photographed lighthouses in the Americas. While the views are great, it’s the famous seafood served up nearby that eaters really need to take the path for.

What you got, put in the pot 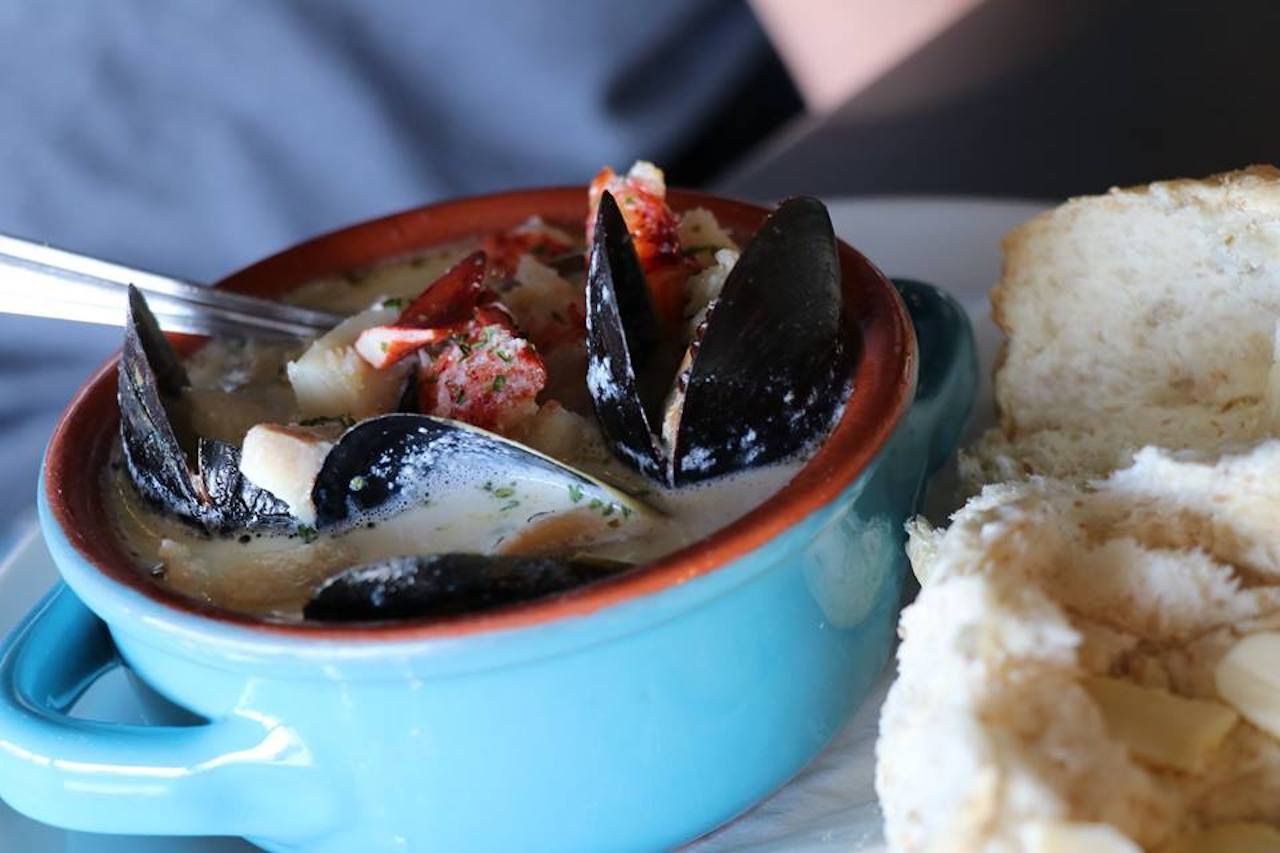 Chowders date back to the earliest days of European settlement in the area. Before chowder became a culinary staple, it was a humble soup made from leftover clams, potatoes, onions, milk, fish, and whatever else European fisherman could find. The word “chowder” comes from either the french chaudière, the name of a type of cauldron pot, or jowter from the English Cornish language, which referred to someone who sold fish. Original chowders weren’t restricted to seafood, however, and included all different cuts of pork and poultry.

The dish was carried across the Atlantic by first French, and then English, colonists who settled in Newfoundland, Canada, and the northeast coast of North America. The recipe took different iterations depending on where it was made along the coast and what was hauled up in fishermen’s nets. Mussels, scallops, lobster, fish, and whatever came in with the catch that wouldn’t sell was thrown into the cauldron, making it a castaway dish for colonial castaways.

Visitors along the Chowder Trail can try the Acadian tchaude (from chaudière) au poisson, a light fish chowder sometimes made with celery, or indulge in a hearty roux-based seafood or clam chowder. Modern gastronomic takes can include everything from bacon to sherry to chutney.

“Chowder to me has got to be comforting,” explained chef Chris Pyne of Founders House Dining, Taste of Nova Scotia Chowder Cook-off Winner. “After that you can take your own spin. We use the ingredients all around us and elevate them to a way people aren’t used to tasting.”

His chowder features grapefruit chutney and a lobster stock broth thickened with potatoes (a potato veloute).

Yet people weren’t always so friendly to place-by-place adaptations. With all the variation in the early to mid-1900s, chowder started to have a bit of an identity crisis that boiled over when New York chefs started making a clam chowder that used tomato broth instead of milk. In 1939, the Maine legislature debated a bill that banned calling any seafood chowder that used tomatoes “chowder”. It was defeated, but the debate as to what makes a chowder a chowder rages on in passionate chowder circles, and Rhode Island and Long Island styles have joined the mix.

Farther north in Nova Scotia, however, chowder love is taken to a higher, more welcoming level.

The Chowder Trail road trip has nearly 60 stops and runs from May to October. Drivers can download a passport, collect stamps, and win prizes — all in the name of chowder. While the road along the trail is long and worth spending time on, you shouldn’t miss these four stops for a taste of the best of the best.

Founders House won Nova Scotia’s chowder cook-off for good reason. As Pyne explains, “This is not your mother’s chowder.” Unlike typical all-in-one-pot chowder, Pyne lets each piece of seafood shine. The haddock is smoked, the scallops are seared, the mussels are boiled and shelled, and it’s all presented on a dish with a dollop of grapefruit chutney. Velvety potato veloute is poured around the seafood tableside to complete the experience.

“The chutney gives it spice, sweetness, and a little bitterness at the finish that adds layers of flavor.” 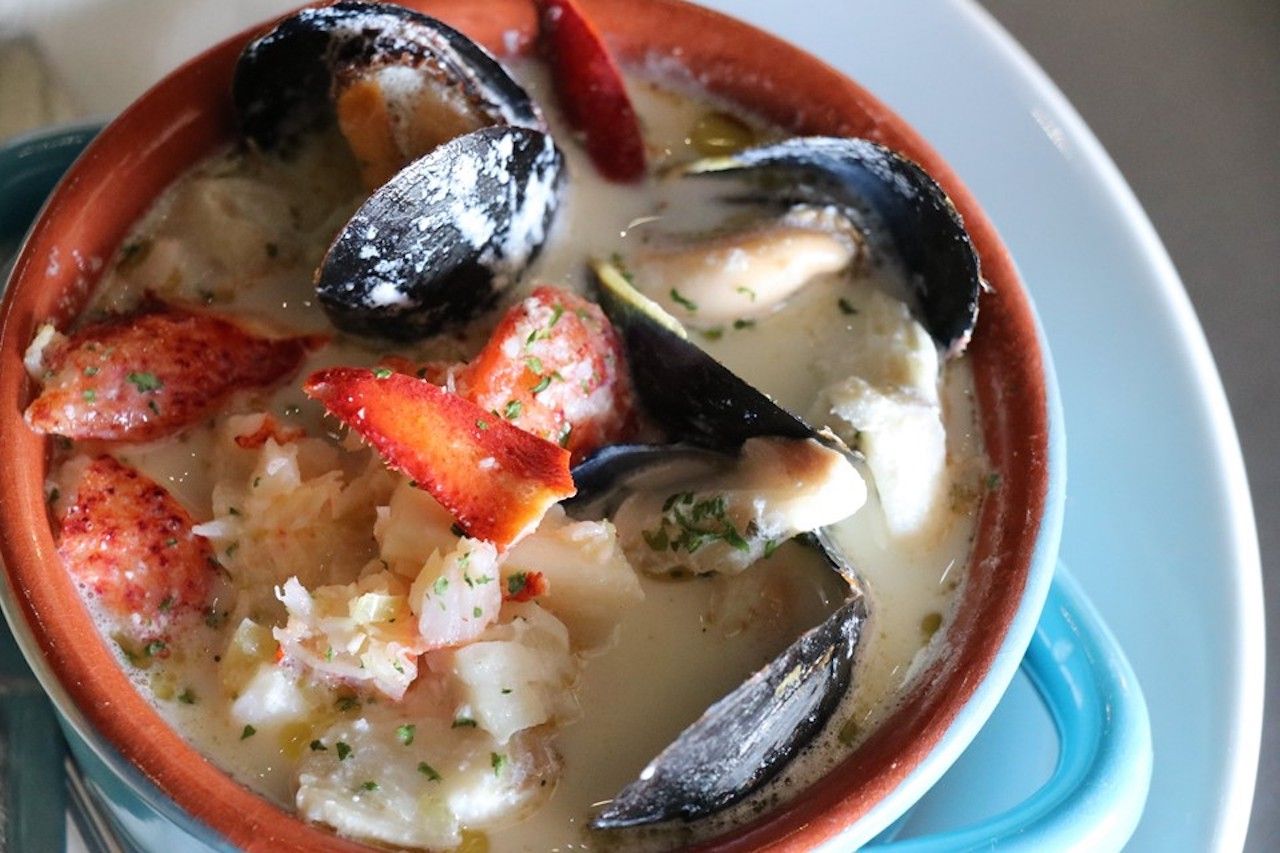 If you’re craving a classic Atlantic seafood chowder while overlooking the sea, take a ride on the iconic ferry between Dartmouth and Halifax. The trip is a right of passage for travelers, and with so many breweries and brunch spots in Dartmouth, it’s well worth the trip even for people who are just meh about chowder. Yet even people just meh about chowder will find joy at Evan’s Fresh Seafoods. It’s located in the Dartmouth Ferry Terminal and offers a classic seafood chowder with generous pieces of Nova Scotia’s famous lobster.

Eat your bowl while people watching during the weekend farmer’s market. Or, take your chowder to go and eat beside the ocean for the complete seaside experience.

Charlene’s famous all-fish, no-filler chowder gets rave reviews because it’s pure seafood with no potatoes. Big chunks of lobster, scallops, and haddock simmer in a milky broth before being served with a flakey biscuit. Here, you’ll find homestyle cooking in a charming local diner environment — part of why it was featured on the Food Network’s You Gotta Eat Here. Fuel up on chowder then hike the Cape Breton highlands or take in a Celtic barn dance on the Bras d’Or Lakes. 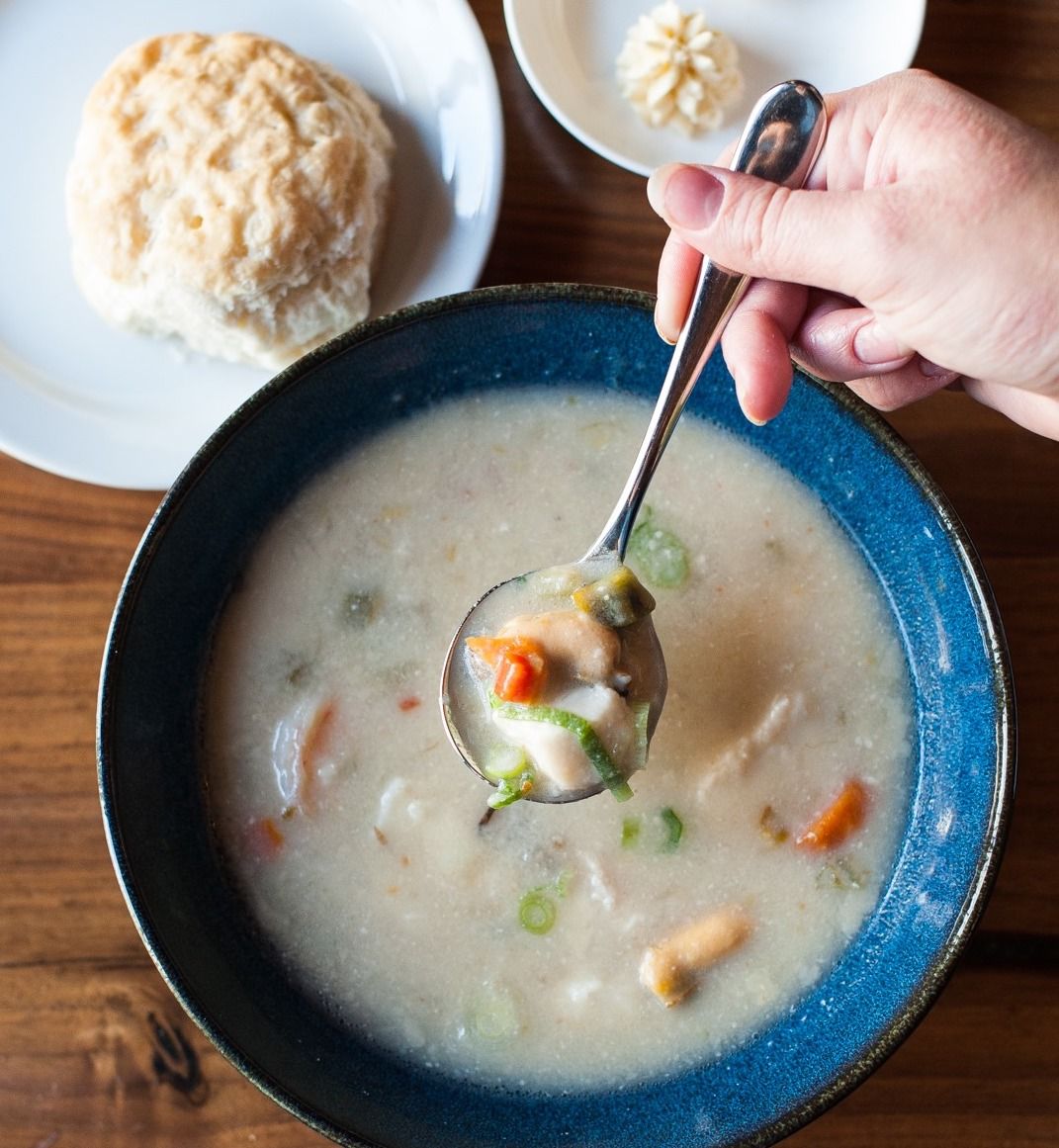 Downtown Halifax is home to one of Nova Scotia’s most famous seafood restaurants: the Press Gang Cafe. It’s located in a historic stone building that dates back to 1759 and gets its name from the term for the group of men who forced other men into military service. Here, you’ll find a chowder made with a dill and sherry cream broth that’s loaded with fresh halibut, mussels, salmon, and yellowfin tuna. Down a few oysters beforehand as an appetizer, as the oyster bar has a rotating selection of fresh oysters on offer every day.