When Hans Solmssen first went to Verbier, back in 1983, he brought a friend with him. Inside the famed Swiss ski resort, the two of them traversed towards a steep, open bowl of untracked powder. There, Somssen’s friend, skiing above him, set off an avalanche that engulfed Solmssen.

Trapped within the rushing flow of snow, Solmssen made every effort to keep his head up, arching his back and pointing his head upwards ever closer to his ski boots behind him. As soon as the avalanche stopped, the liquified snow froze solid. Hans’s body ached in this contorted posture, the back of his head close to the heels of his boots, but that position saved his life.

“My mouth was very near the surface. I was just making noise,” Solmssen explains. Because of this, his friend was able to hear him and determine his location. “He dug me out.”

Solmssen, who grew up in Hawaii but has been a Swiss certified mountain guide with his own guiding business in Verbier for nearly three decades, looks back at the event with a seasoned mountaineer’s attitude: “It was a good experience for me. It showed me the dynamics of an avalanche.” 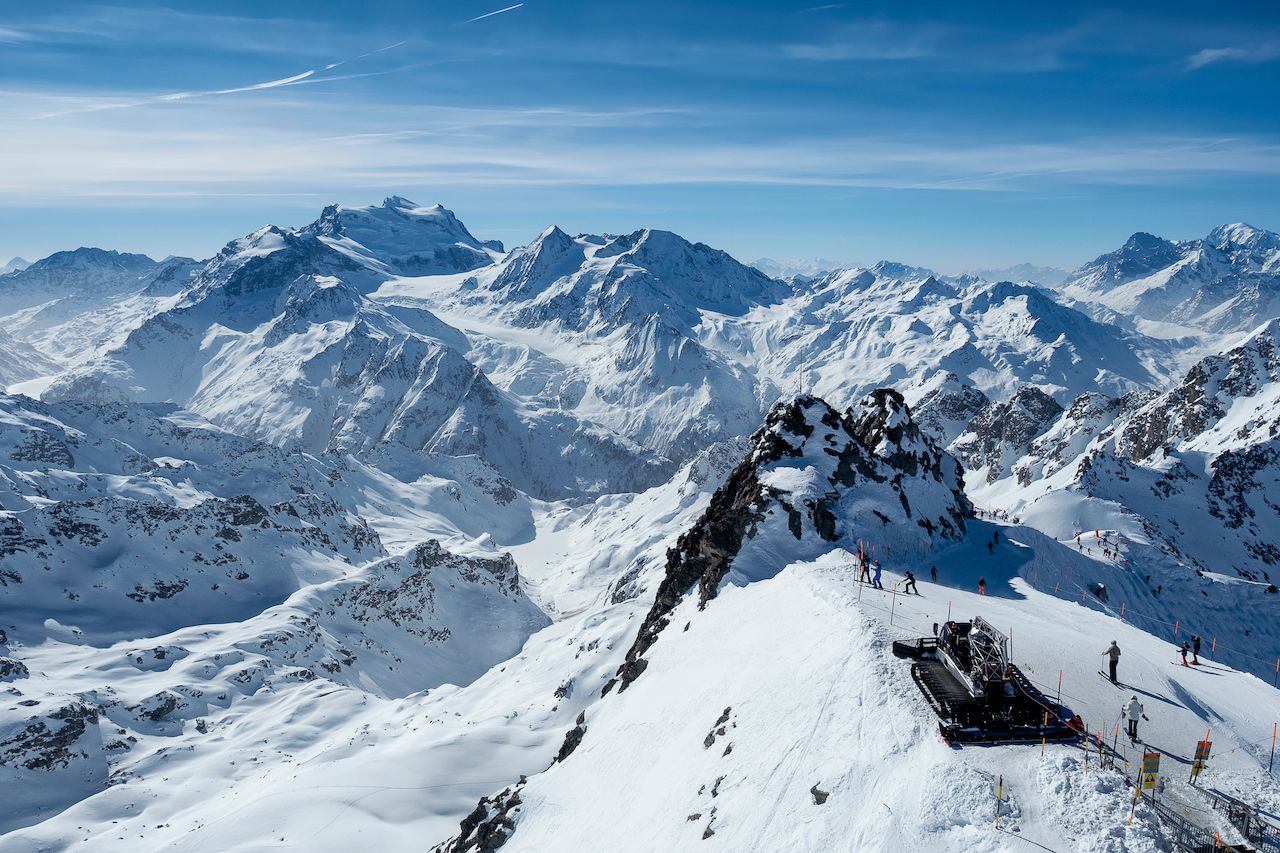 For those of us used to off-piste skiing in North America, what may be even more startling about this story than Solmssen’s nonchalant reaction is that he’d been skiing a slope easily accessible off a chairlift. He and his friend had skied down a groomed piste and then rounded a corner to their left to traverse into a wide bowl of fresh snow.

In North America, we tend to assume that if we are inside a resort and can ski off a lift, cross a steep face, and reach another slope, then that area is safe to ski — as long as no sign or rope indicates otherwise. Whether in Vail or Whistler, Snowbird or Jackson Hole, ski patrollers across the United States and Canada ensure that any skiable terrain within resort boundaries is either as avalanche safe as possible, or clearly marked as closed.

“In North America, a situation like that would either be permanently closed, or it would be controlled severely,” says Peter Storm on situations where a smaller slide could occur. Storm is a founder of Extremely Canadian, a Whistler-based mountain guide service that takes skiers to extreme resorts around the world.

Hardcore North American skiers among us are familiar with the welcome sound of avalanche bombs going off in the morning after an overnight snowfall. We may queue up at a chairlift that’s not yet running, hoping to be first to carve fresh tracks on a slope. Once that lift is opened, and no signage or ropes indicate otherwise, we assume that all the terrain we can access from it is safe to ski. We gleefully carve up the newly fallen snow, never once considering that perhaps we should be wearing a beacon or carrying other avalanche gear.

Of course, in-bounds avalanches do occur, and climate change may make them more likely, as we’ve written. But such events are extremely rare and are unlikely to change behavior at North American resorts any time soon.

It’s a different ball of snow 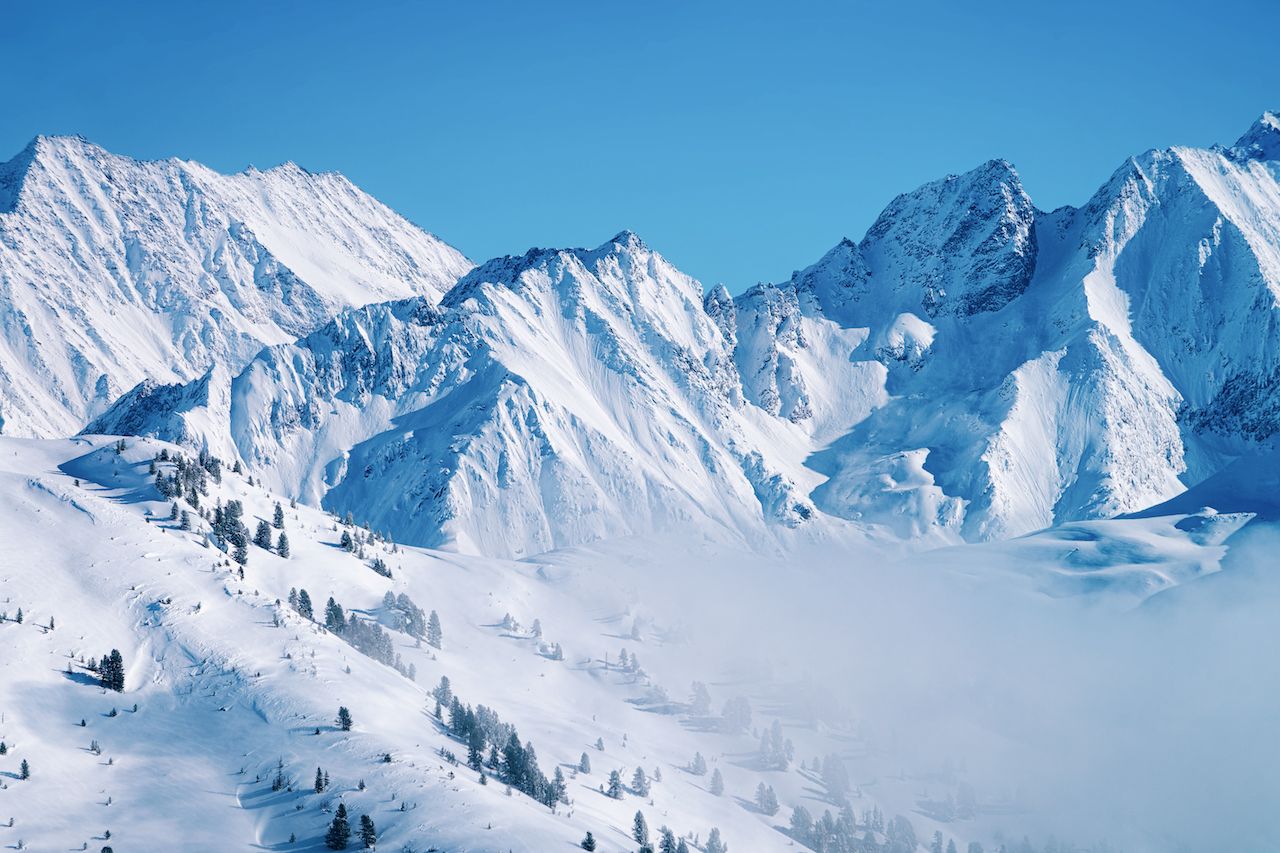 However, if you’re coming to Europe and want to ski more than groomed slopes, you had better bring that avalanche equipment.

That’s because avalanche danger is much higher inside resort boundaries, for practical and cultural reasons. The practical reason is that many European resorts are massive, particularly those located in the Alps. Even North America’s biggest resorts can’t really compare. Whistler Blackcomb’s breadth may astonish skiers used to, say, Squaw Valley-sized resorts, but even Whistler has “only” two mountains to patrol.

A place like Verbier, says Hans Solmssen, has multiple mountains with slopes facing in every direction. Solmssen says the team controlling for avalanches actually excel in very challenging circumstances.

“I’m sure it’s difficult to imagine, coming from the States, the vast nature of the terrain, the impossibility of bombing it all. But when you see what they do do, you’re just like, ‘Oh my god.’ They fly helicopters after it snows, they’ll be bombing the next day — they do an amazing job,” says Solmssen. 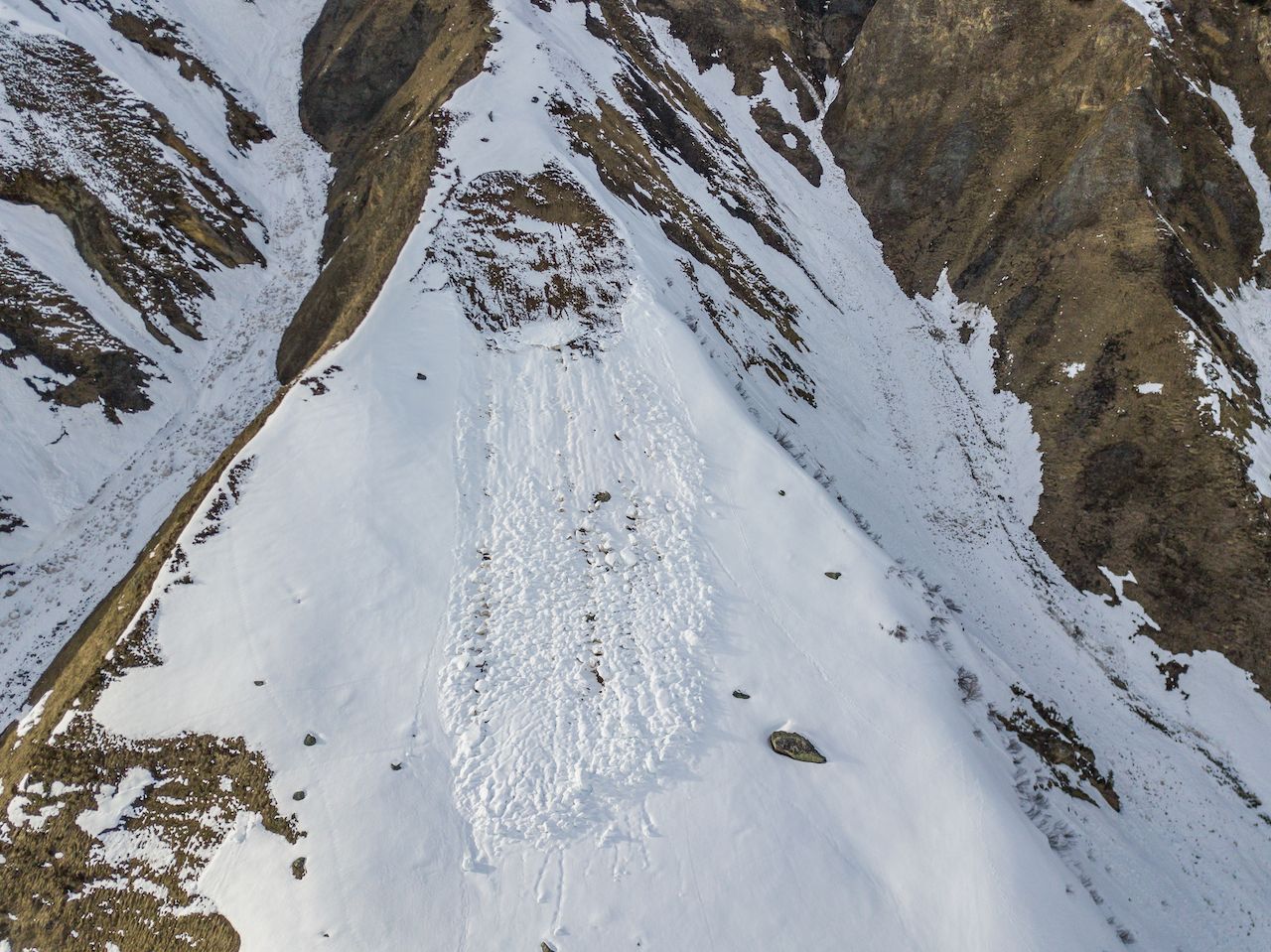 With so much terrain, and such steep slopes, the preventive measures focus on the big slabs of snow. Ski patrol pays attention to villages, on-mountain facilities, roads, and groomed pistes that would be affected by a slide.

In fact, Solmssen says of the slope he was on when the avalanche swallowed him up, “They would have bombed from above, and they would have controlled it… It’s generally safe, but when you have a mountain that’s shaped like that, there’s no way they could bomb all of it.”

In other words, Solmssen was skiing on an avalanche-controlled slope, but the goal was to prevent a major event, not a minor snowslide. “Here, you have lift access, it’s unskied, it’s an unsecured slope, which you’re skiing directly off a lift. They’re bombing, but the terrain is so big that there’s a lot of stuff right next to the stuff that they’ve bombed. The avalanche that I got buried in was a tiny little thing.”

The avalanche that trapped Solmssen may have been minor, but had his friend not been there to dig him out, Solmssemn wouldn’t be here today to categorize its small size.

Smart calls these lesser, Class 1 Avalanches ”educational pockets,” and he says that you’ll find these at any resort in the world. “Avalanche mitigation that’s undertaken with explosives can affect the majority of the slope, and after that, it takes actual people on the slope to cut out all those isolated pockets. Now in some resorts, especially in North America, it’s become more and more common for ski patrol to become responsible for releasing those little pockets before they’ll open the terrain.”

In contrast, Smart says, it’s much less common for ski patrol in Europe to personally ski the slopes to loosen those pockets. He’s seen more of it in recent years, he says, but it’s nowhere near the level of pocket-by-pocket control as in the US and Canada. 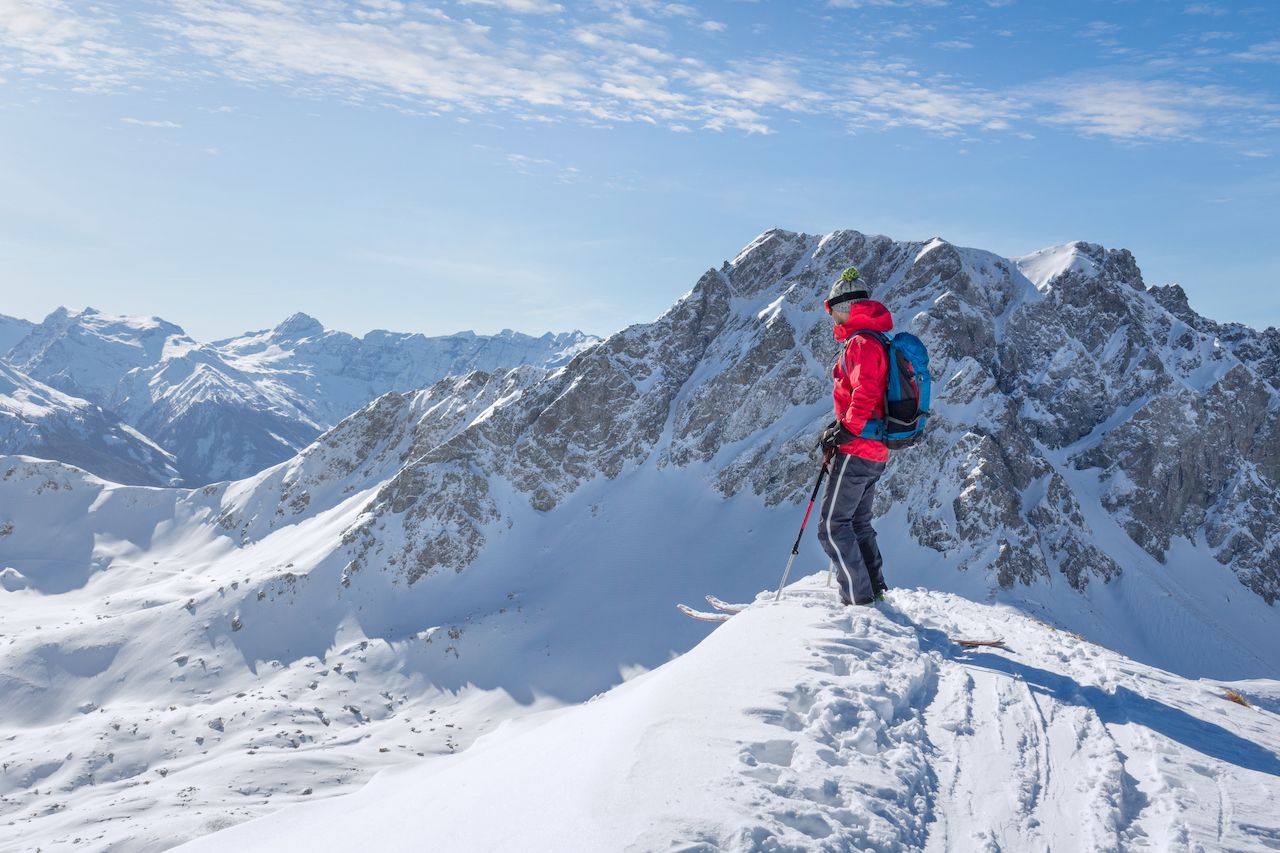 Beyond the ability to more easily patrol the smaller-sized resorts we have in the US, the other reason for the increased level of supervision in North America is litigation, says Peter Smart. Smart says that skiers in Europe are more accustomed to taking personal responsibility for their actions.

In the past decade, the US state of Colorado has seen at least two resorts sued by bereaved families following an in-bounds avalanche. In Verbier, people die every single year, Solmssen says, but to his knowledge, neither the lift operator nor anyone else has ever been taken to court over it.

Andy MacMillan, a Canadian who’s called the area near Porte du Soleil home since the mid-’80s agrees that the attitude is different in Europe. “You’re kind of responsible for yourself and what you do. It’s not like North America… They kind of believe you should have common sense,” he says.

That belief in personal liability is what makes glaciated resorts like those in the French Alps viable. “In Chamonix, if you go off the piste, you could fall into a crevasse,” says MacMillan of the notoriously hardcore French ski area. In North America, he notes, “They would never have a resort there.”

MacMillan believes one reason skiers in Europe are expected to be accountable for their own actions is that traditionally they’ve had a better sense of the risks inherent in the mountains because many of them live so much closer to them.

“Being in the mountains is really part of the culture. We all live in this kind of environment,” says MacMillan. “In North America, the mountain always looks way over there; even in BC… Here, everyone’s living right in it.”

What you need to know to stay safe 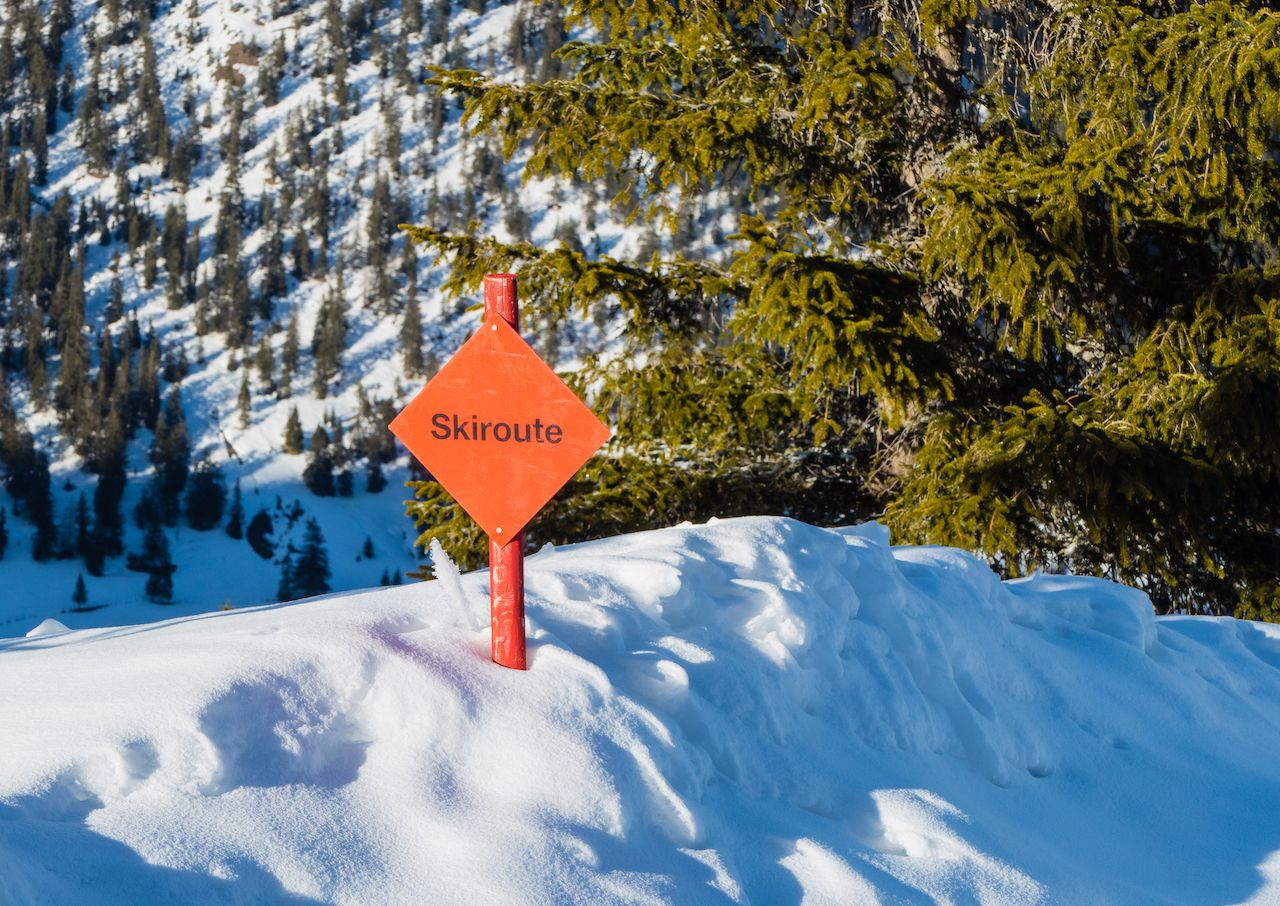 If you do plan to ski off-piste in Europe, consider hiring a mountain guide for your first day. The guide will do more than show you the safe places to ski. They can explain to you the particulars of the resort, what types of ungroomed runs are safe, and what to look out for.

One of those mountain guides is Ute Heppke at Austria’s Arlberg resort, which includes the Lech and St. Anton ski areas. Heppke, who’s so highly sought after that skiers book her a year in advance, says that when she explains the differences of skiing off-piste to her North American clients, she scares a few of them off.

“Some do not want to go off-piste anymore once you tell them that they have to wear a beacon and bring a backpack with a shovel and a probe — preferably a backpack with a system like the ABS [avalanche balloon system]. Just the thought of needing this equipment gives them the feeling that they are putting their lives at risk,” she says.

Heppke thinks resorts like hers could do “a lot more” to ensure skiers coming from North America understand the off-piste dangers and where, in fact, they can ski.

For example, in a place like Alrberg, Heppke says skiers also have the option of going for a “Skiroute,” which gives you the benefits of ungroomed slopes but is more rigorously controlled for avalanches. That’s different from a groomed run, which is a “Skipiste.” However, the signage can be confusing. When Heppke looked up the explanation on the English page of Arlberg’s website so she could forward it to me, she was disappointed to see they hadn’t bothered to translate the signage guide; it was still in German.

For those skiers who do want to head off-piste, mountain guides anywhere in the Alps will outfit you with an avalanche backpack. Whether that backpack contains an ABS system depends on the resort and the guiding service, and how much time guides spend teaching skiers how to use the backpack’s contents can vary. If you’re unsure, slow down and take the time to learn it.

Ski & SnowBig Sky Is the Final Frontier for Big-Mountain Resort Skiing
Tagged
Extreme Sports Travel Safety
What did you think of this story?
Meh
Good
Awesome