For the weary traveler, Vancouver’s greatest welcome comes in the form of rosé. I was handed a chilled pour upon check-in at OPUS, a 96-room boutique hotel in the city’s trendy Yaletown neighborhood, in early March.

“Once you’re settled, grab a bike and head to Stanley Park,” Matthew Hui, the hotel’s front office manager, advised me as he handed me the room key, referring to the grassy waterside reserve a few blocks from the property. He pointed to two Norco cruiser bikes neatly set against the lobby wall. I promised that I would. 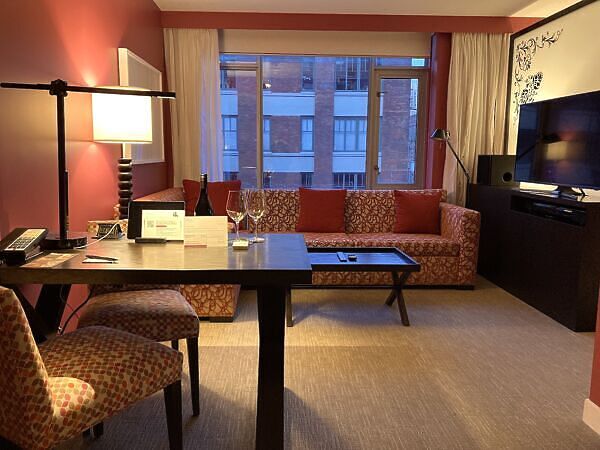 We hope you love the Vancouver hotels we recommend! Just so you know, Matador may collect a small commission from the links on this page if you decide to book a stay. Listed prices are accurate as of the time of publication.

I felt sullen and haggard after a long day of travel that had included a pre-dawn wakeup in my home of Palisade, Colorado, a delayed flight, and a lackluster experience in the United Club lounge at Denver International Airport that – due to Terminal B construction – had been shoddily relocated to an unused gate. I’d arrived at the hotel via the Canada Line from Vancouver International Airport, an easy 22-minute jaunt that proved to be the smoothest part of the day’s travels.

Finding a glass of wine in Yaletown that hails from British Columbia’s Okanagan Valley isn’t hard for hotels to do. Still, said wine somehow tastes better and has mood-lifting properties when handed to you unexpectedly by the hotel staff.

Bikes, local wine, and a central location in the city made OPUS one of my favorite hotels in North America over the course of several story assignments in British Columbia. 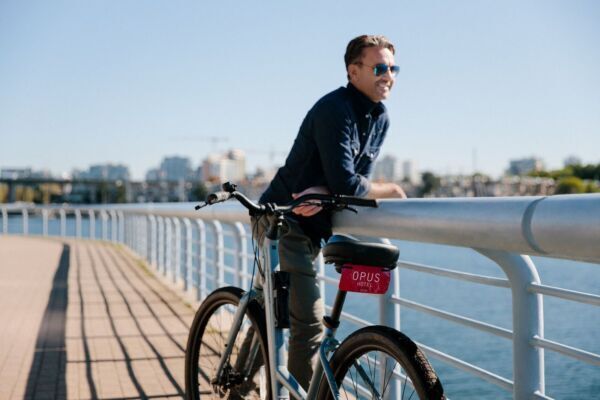 The corner suite I checked into was set in three shades of red with wraparound windows overlooking Yaletown. A watercolor on the wall depicted the marquee signs of Vancouver’s musical and commercial venue highlights in a jazzy tone that matched the music lightly playing from the bedside speaker. A couch for lounging, desk to work at, and wet bar? Check, on all three points.

OPUS became a social staple in the quickly-developing Yaletown neighborhood when it opened in 2002. Its lobby cocktail bar immediately attracted both locals and visitors, something that the neighborhood’s long-running dives hadn’t managed to do. Since 2000, Yaletown has gone from an industrial warehouse district to one of Vancouver’s hippest neighborhoods that’s often compared to Denver’s LoDo or New York’s SoHo due to the prevalence of breweries, boutique shops, and posh restaurants such as Do Chay, which reimagines Vietnamese staples like pho for the city’s growing vegetarian crowd. OPUS has served as a catalyst for this evolution, located in a classic building that encapsulates both urban hipness and the active lifestyle of the Pacific Northwest. 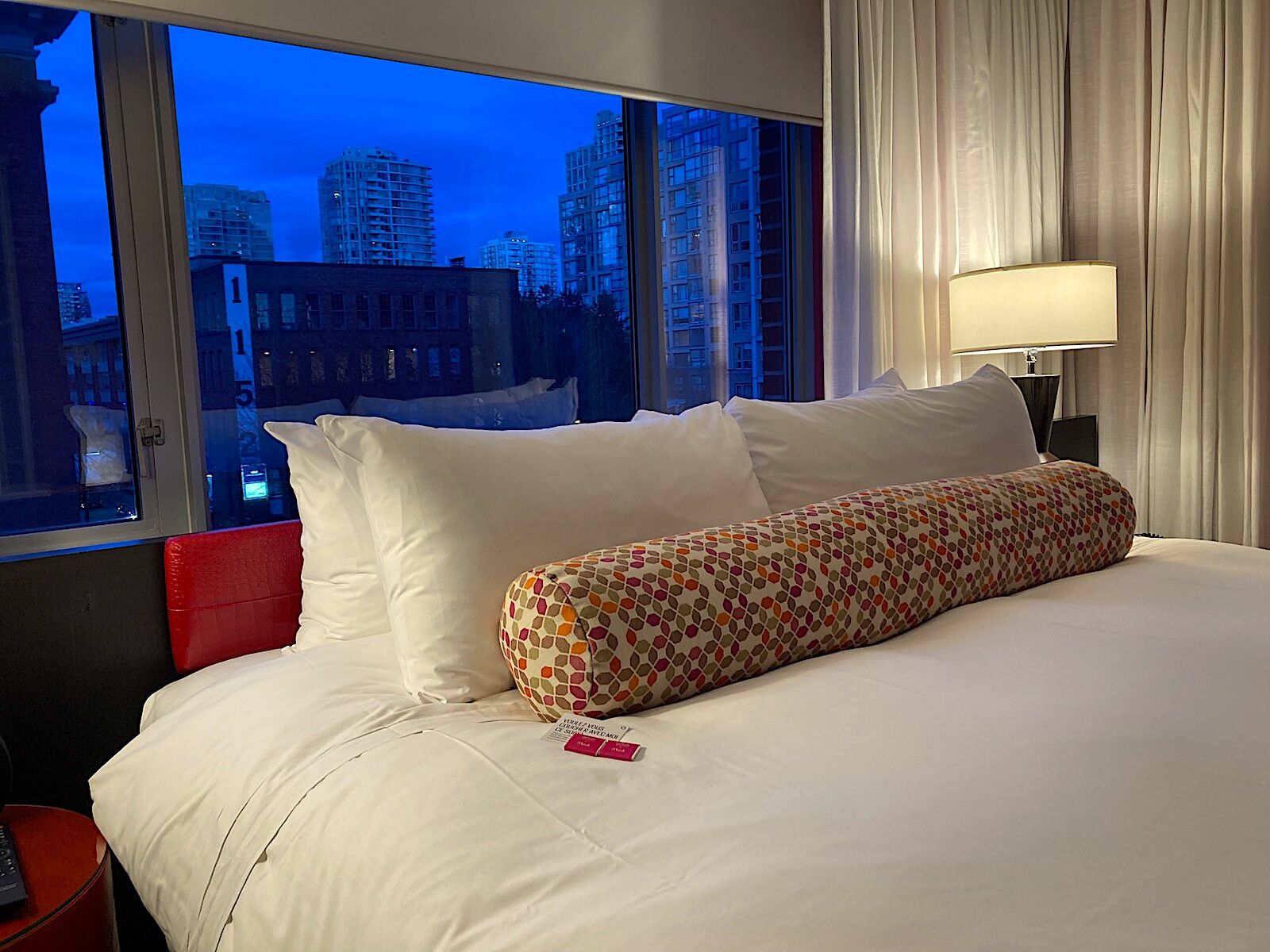 As I set out to dinner, Hui informed me of the luxury car service on offer. A nice touch, though the hotel is within walking distance of nearly everything in the neighborhood, and a metro ride from the rest of the city. The car is a hybrid, speaking to the major focus on sustainability in the hotel’s operations. Bathrooms feature eco-friendly, reusable amenity dispensers stocked with biodegradable cleaning products, and the hotel’s Capo restaurant and The Spritz cocktail bar eschew plastics and straws to enable a zero-waste dining experience on the customer-facing side. Arrive for your stay – or just a cocktail – in an electric vehicle, and the hotel will knock 50 percent off your valet parking fee. You can even charge it on one of the hotel’s two Tesla chargers.

Throughout the hotel’s 20-year history, it has become known for its forward-thinking ethos. General manager Sarah Vallely, 35 years old when she took over the role in 2021, is the youngest female GM among Canadian boutique hotels. She is the daughter of famed hotelier Stephen J. Peters and spent a decade with Four Seasons prior to arriving at OPUS in 2017. Under Vallely’s watch, the hotel has enacted a series of trendsetting features that draw from her life’s experience in the hotel industry.

In a booming neighborhood, boutique hotels serve as an anchor of its culture 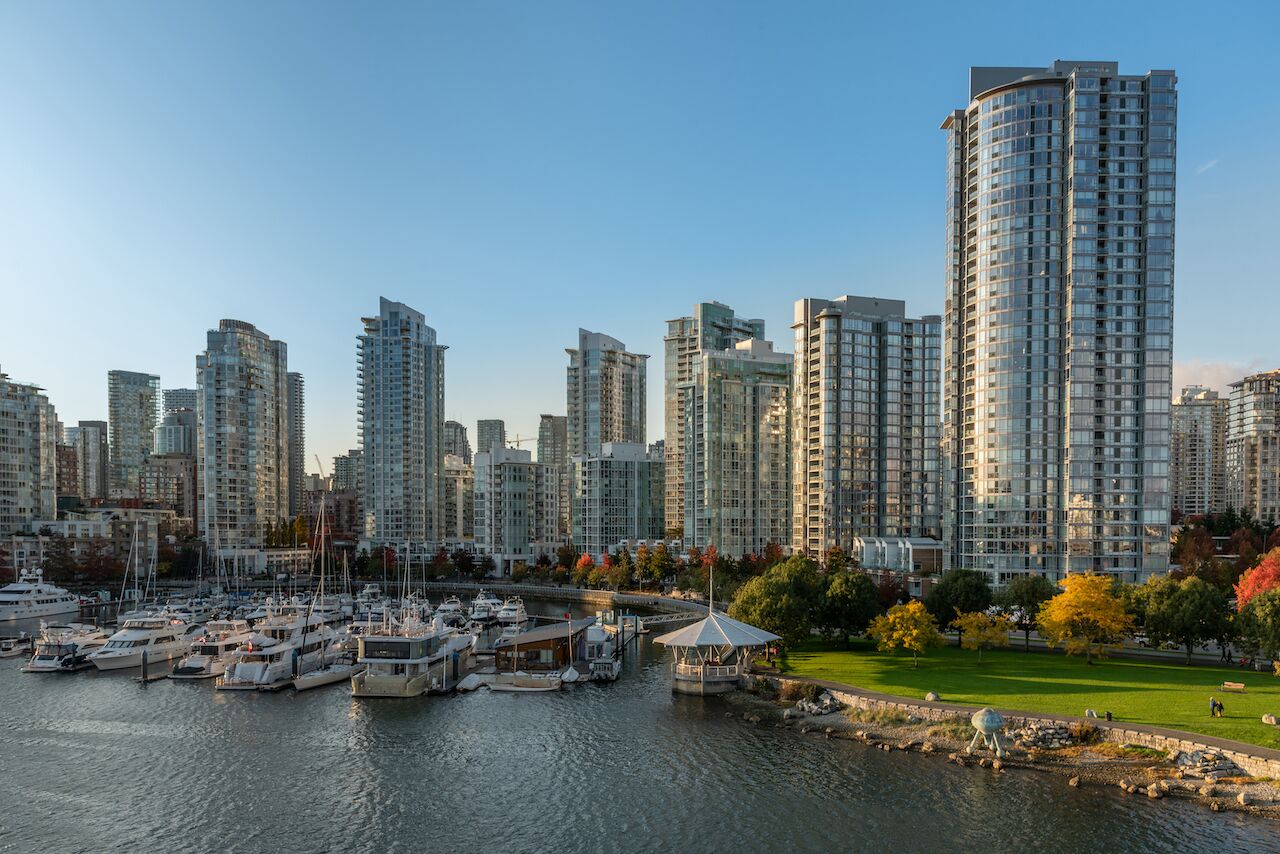 Of course, every major city has boutique hotels. What separates OPUS, and Vancouver at large, is how well the vibe and aesthetic of these properties blend into the city at large. Vancouver’s penchant for unique boutiques dates back to the city’s founding in the late 1800s. The first of some acclaim here was the Hotel Vancouver, which opened in 1888 to serve the Canadian Pacific Railway. At the time, Vancouver had 2,000 residents and had yet to expand much beyond what is now the historic Gastown neighborhood. Hotel Vancouver is now on Georgia Street in the heart of downtown, across from the Vancouver Art Gallery.

Because of its roots as a property serving railroad workers, developers, and others arriving in Vancouver, the Hotel Vancouver and other early lodgings became the city’s social hubs. OPUS continues this trend.

How To Get To Stotan Falls on Vancouver Island

10 Reasons Why You Should Visit Vancouver Island