Rome may be best-known for amazing art, ancient history, and some downright fantastic food, but its primo position in central Italy means it’s also near some of the best outdoor spaces in the region — many of which also have historic sites and ancient ruins.

Exploring the parks near Rome should absolutely be on the top of your ‘must-do’ list if you’re the type of person who enjoys spending time outdoors. From the small and historical to the sprawling and grand, these are the seven best parks around Rome to add to your day-trip plans.

The best parks in Rome and the surrounding area

Note that there’s a lot of variety in the parks above. Some are similar to US city parks, with green areas and paths for strolling. Some are more like national parks or wilderness areas, with hundreds of miles of paths, lakes and multiple mountains, and the potential for days of activity. And some are more similar to an Italian version of a UNESCO site — large areas with multiple sites of note, with businesses, hotels, and private property within them. And some larger parks may completely surround smaller parks.

It can be a little confusing, so use the suggestions below as a starting point for more extensive trip planning. 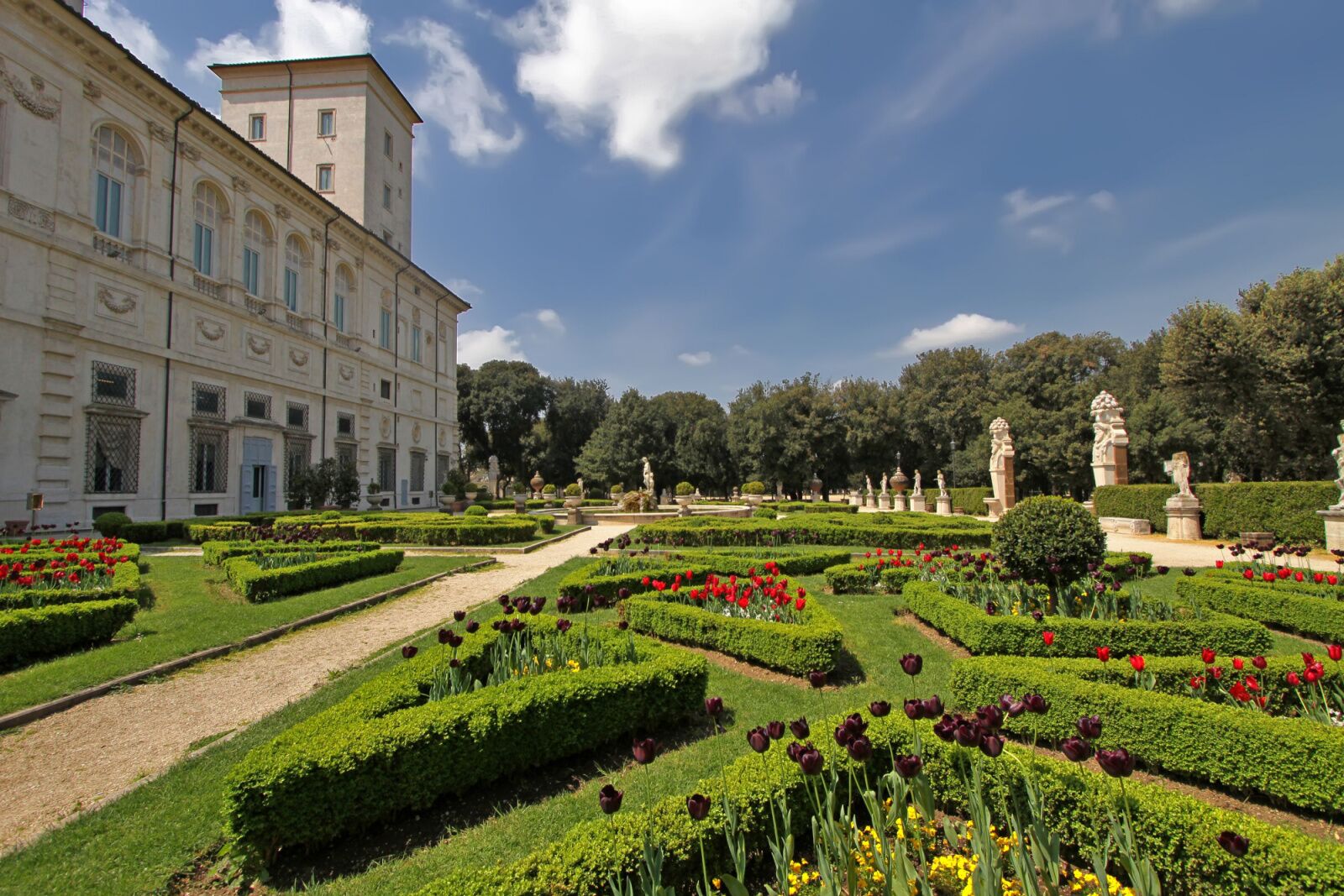 This historic home is a vast 800-acre park in central Rome (the largest park entirely within the city, actually) originally built for a member of the powerful Borghese family. Its lush landscape is filled with Boboli Gardens-style paths, a couple of lakes, multiple art galleries, and even a zoo. Visitors can enjoy boat rides on the lake or simply lounge with friends while admiring its stunning beauty.

It’s free to enter the park, gardens, and outdoor spaces, but you’ll pay around 13 Euro per adult for indoor sights like the galleries (for which you should probably reserve your tickets in advance). Spagna or Flaminio are the closest metro stops. 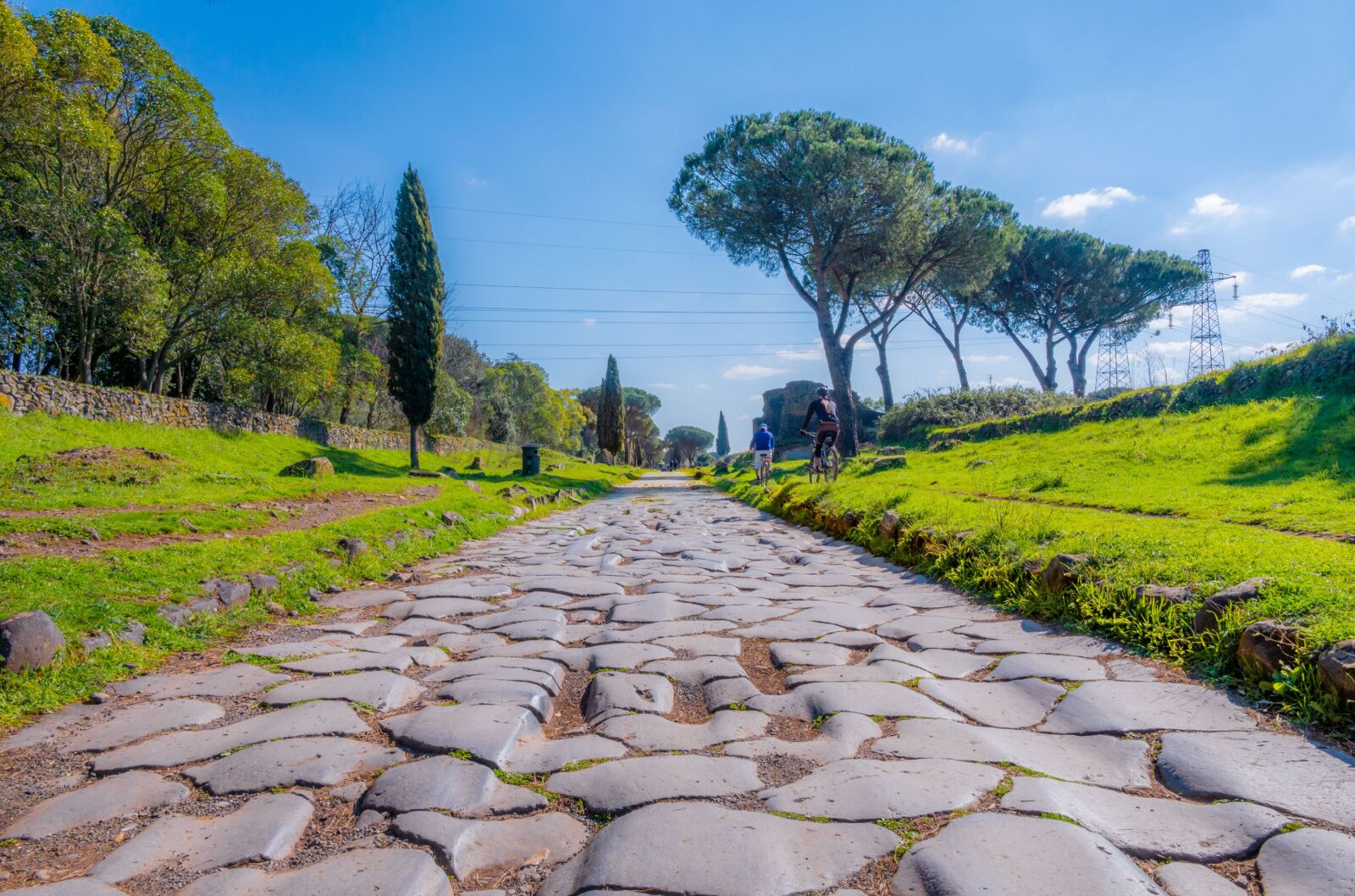 The Appian Way Regional Park protects part of an ancient Roman road spanning over 25 miles once used by Romans in their famous military conquests. Today, it’s been transformed into a beautiful park lined with trees and paved pathways. Visitors can take leisurely strolls down this historic path while admiring its immense grandeur. Throughout the 13-square-mile park, visitors will pass archaeological sites such as tombs, monuments, aqueducts and other important remnants from Rome’s early days.

Some of the most famous include the Catacombs of St. Calixtus, where early Christian martyrs are buried; Porta San Sebastiano, an ancient Roman gate from the third century CE; and Domine Quo Vadis, a church built on the traditional site of Jesus’s meeting with Saint Peter. There are also many impressive aqueducts built by the ancient Romans. The park is completely free to visit, and because it’s so big, you’ll want to download a map in advance (or maybe rent a bike; the roads are closed to cars on Sundays). 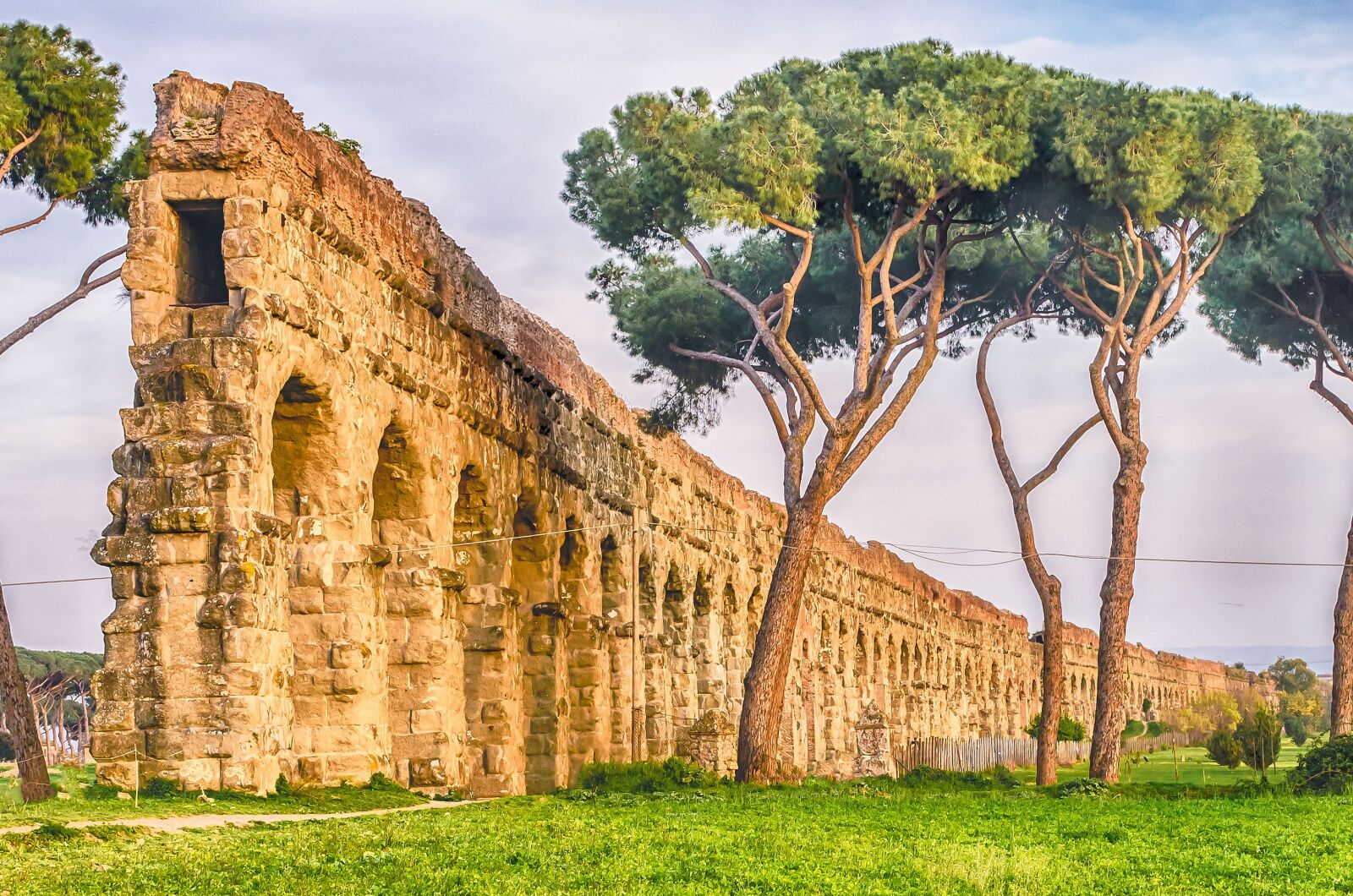 Parco degli Acquedotti is a smaller 11-acre park within the greater Appian Way Regional Park. It protects many of the numerous aqueducts that were built by the Romans over 2,000 years ago. The park is home to three major aqueducts: Aqua Felix, Aqua Tepula and Aqua Claudia, all of which are open for visitors to explore. Visitors can also find ruins of temples and tombs as well as archaeological monuments such as statues, inscriptions and more.

Capannelle is the closest metro station to the park. If you walk there from the eastern side of Appian Way Regional Park (near the Tombs of Via Latina), the walk will take about 45 minutes. There’s no fee to enter. 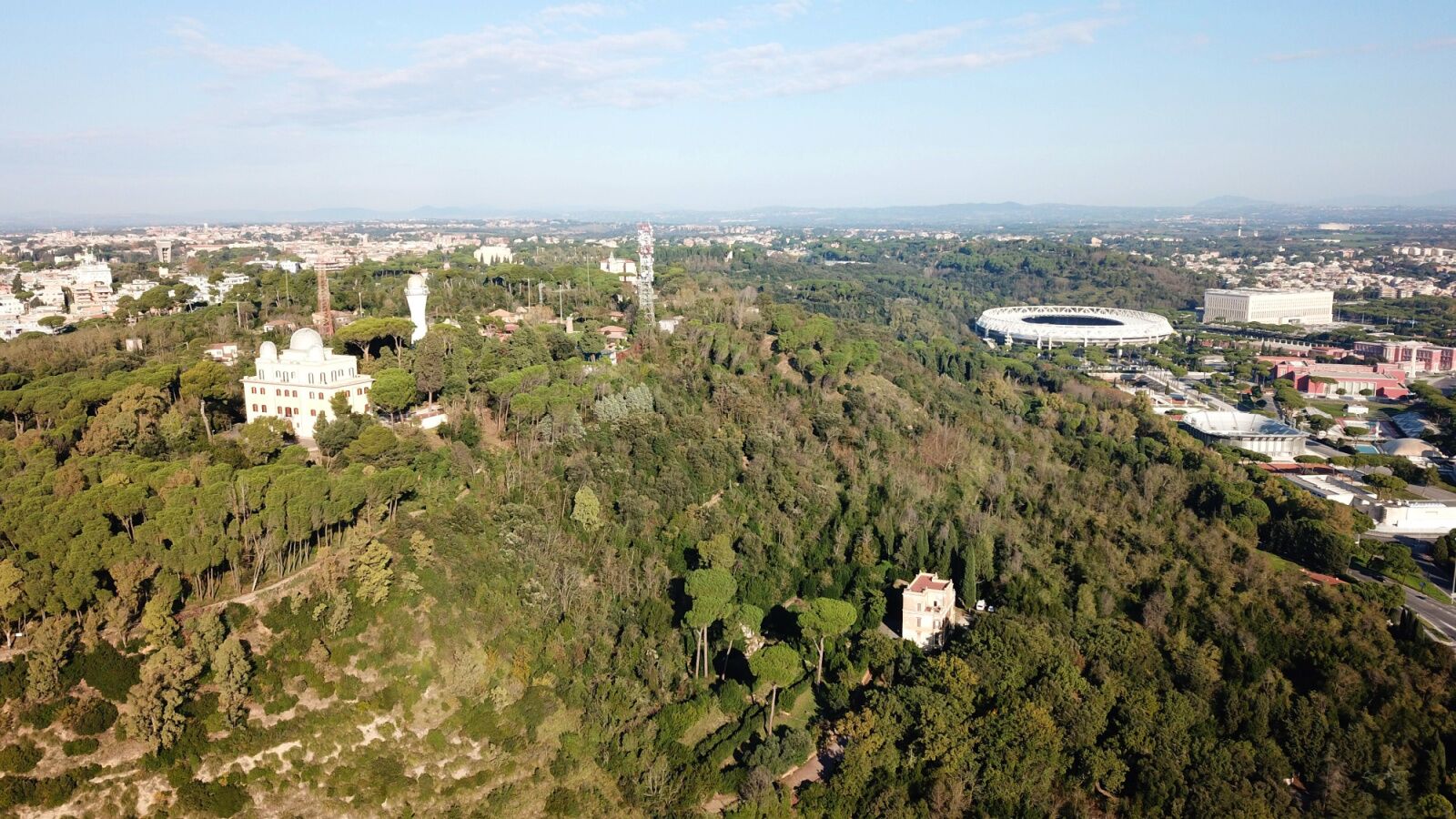 Monte Mario Nature Reserve boasts 360 acres filled with hills, meadows, and forests, making it ideal for exploring nature’s beauty in its fullest form. Picnickers are sure to enjoy this spot’s tranquil atmosphere, and hikers will appreciate the spectacular views from the park’s highest peak, Monte Mario Hill.

The reserve has numerous walking trails ranging from easy pathways through woodlands to challenging climbs up to the peak of Monte Mario for amazing vistas. Popular trails include the walk to Farnesina Hill, or the longer “Le Querce” nature trail.” Very near to the Nature Reserve, though not technically part of it, is Villa Mellini, on Monte Mario Hill. The area around the home is called Parco Mellini, where visitors can stroll around the grounds outside the 15th-century home. 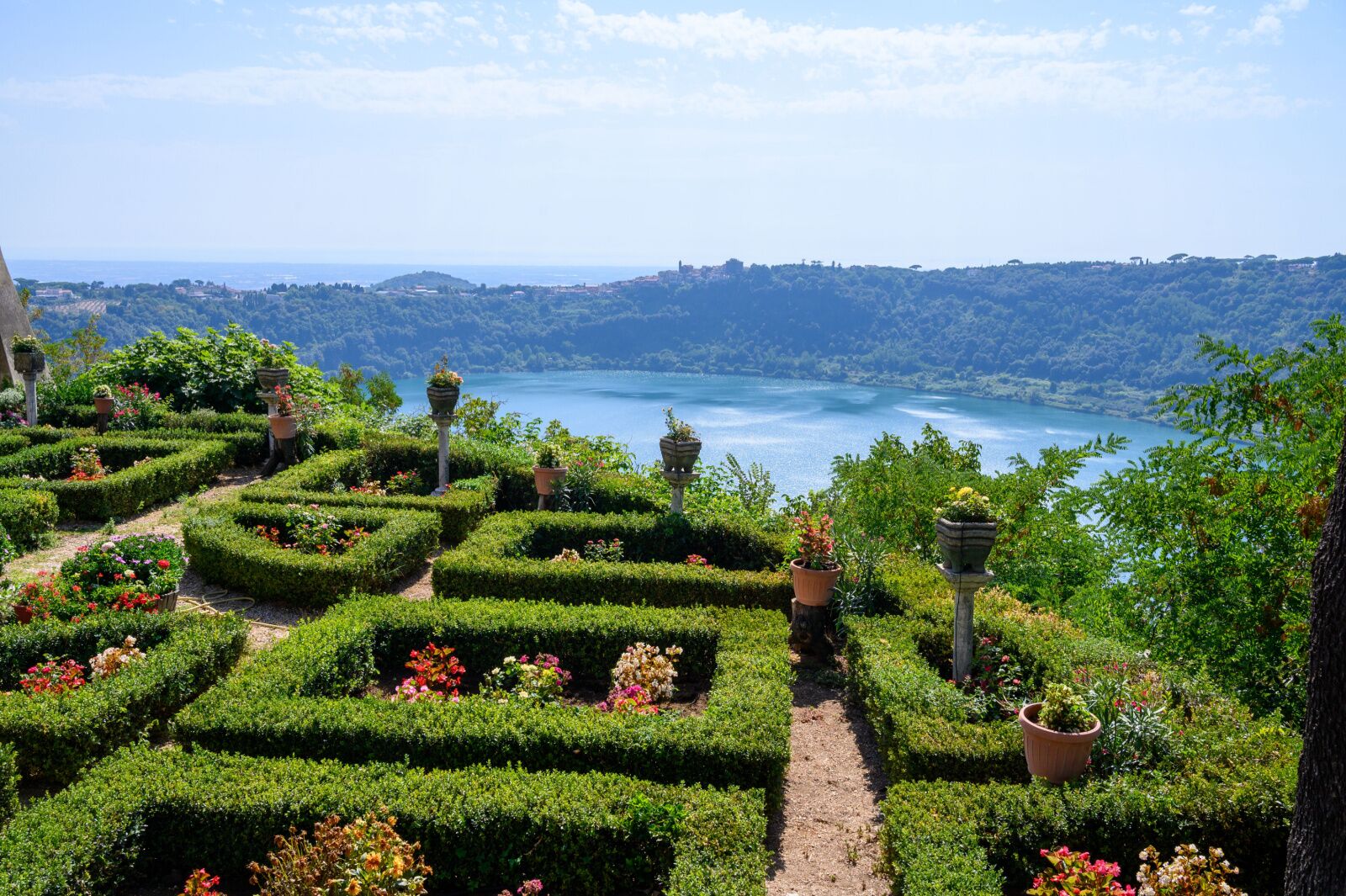 For a truly wooded getaway, head to Castelli Romani Regional Park, one of the best parks in Rome you can visit for a half-day while still feeling miles away from the city — about 19 miles, in fact.

There are lots of hiking trails in the park, including trails to Lake Albano (six miles) and the roughly 10-mile hike Pratoni del Vivaro Trail, which passes archeological remains throughout the park. But because this is one of the most popular parks in Rome for hiking there are plenty of options, from trails running through lush forests to those crossing open meadows.

Whether you hike or not, be sure to see some of the park’s more famous historical sites. That includes several historical villas, the Convent of San Silvestro, a large handful of archaeological sites, a railway museum, and the sprawling papal gardens and remains of a historic villa at Castel Gandolfo.

The park is quite huge and includes nearly two dozen towns within it, many of which offer hotels and restaurants. So while it’s ideal for a full- or half-day trip if you just want a few hours to spend in a park near Rome, it can also fill several days of exploration, especially if you sign up for guided tours or spend time paddling on any of the volcanic lakes. The whole region is gorgeous — no wonder it served as a summer home for so many former popes. 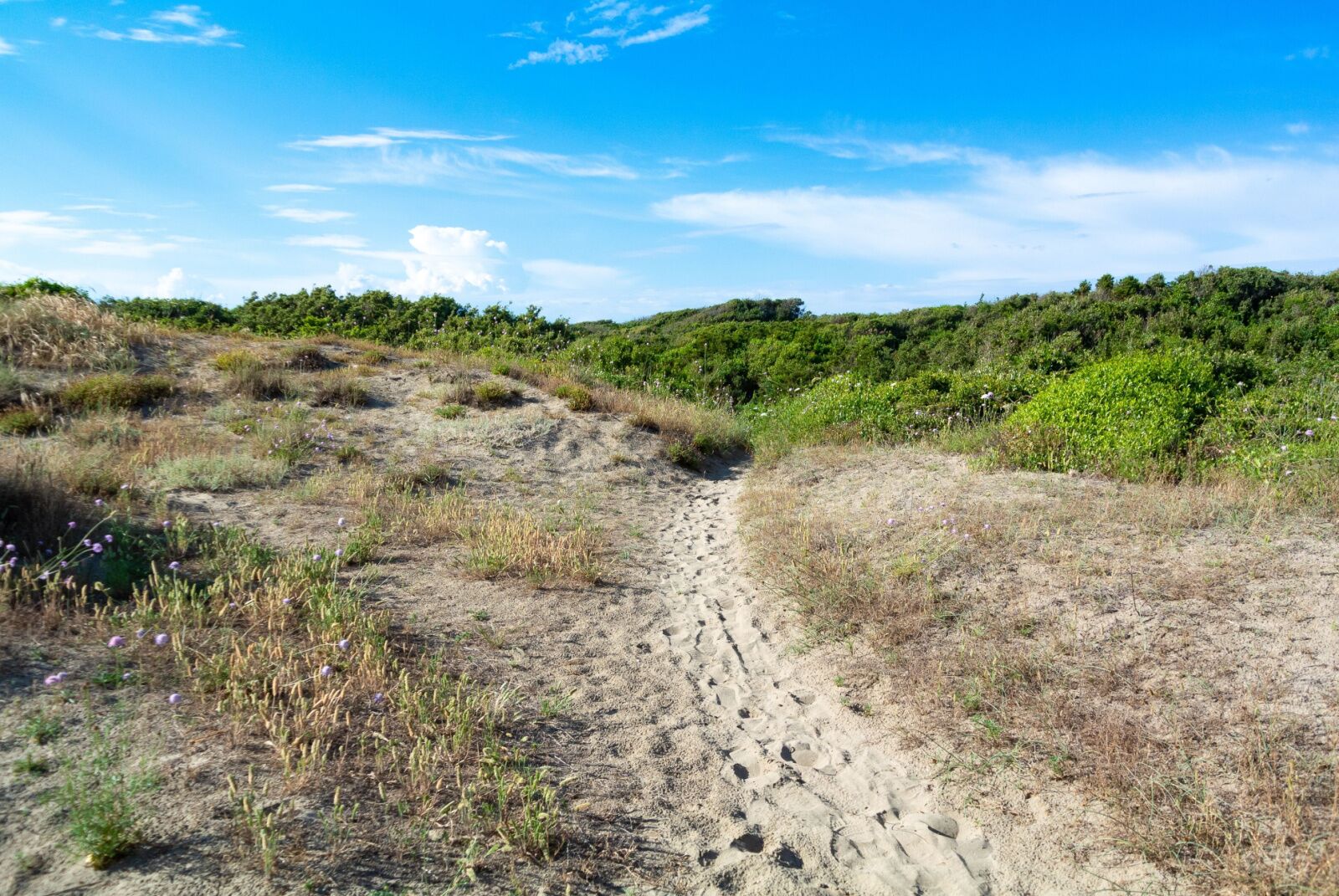 The State Nature Reserve of Castelporziano is a protected area located in the province of Rome, Italy. Established in 1987, it covers an area of ​​about 3,700 acres and is home to a variety of animal species, including rare birds and plants.

The reserve consists of two distinct areas separated by the Tiber River. The northern part is comprised primarily of wetlands, while the southern part is mostly characterized by dunes, pine forests, and Mediterranean scrubland. The reserve has a rich biodiversity and is an important stopover point for migrating birds on their way from Africa to northern Europe. The park has more than 200 different species of birds, including some very rare ones such as the great bustard and the European roller.

But in addition to its natural draws, Castelporziano also holds quite a bit of history (as do many of the best parks in Rome). It was once owned by Pope Pius IX who used it as his summer residence until 1871 when it became property of the Italian Royal Family.

Today, visitors can see the archaeological museum with remains from the 700s BCE, visit the Castelporziano Estate, and, if the weather is nice, hit the beach. From the State Nature Reserve of Castelporziano, visitors can walk to Capocotta Beach or very quickly get to Ostia, Rome’s coastal neighborhood where Italians flock on summer weekends.

The Rome Botanical Gardens (in the park of Villa Corsini) 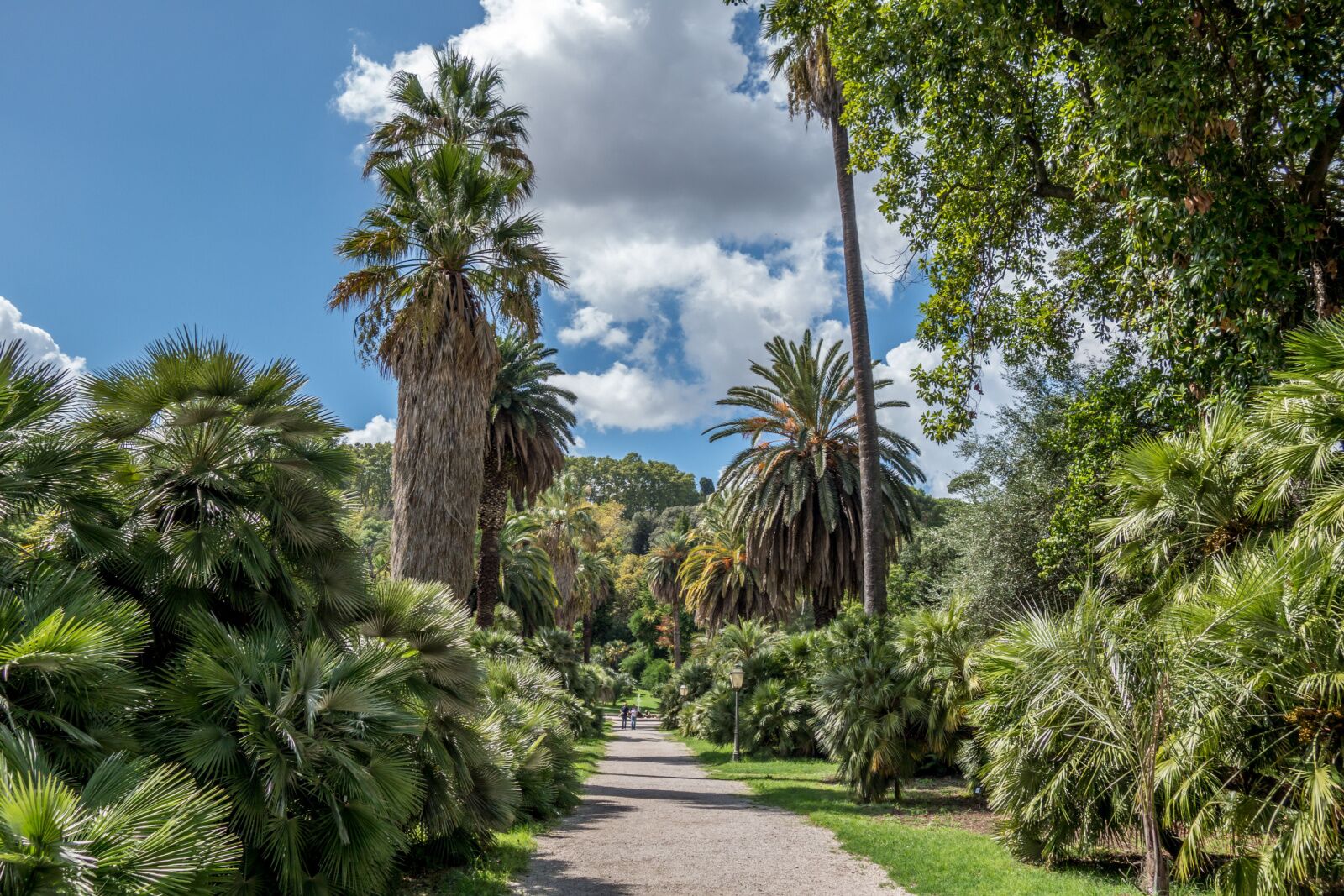 Rome’s Botanical Garden was founded in 1683 by Pope Innocent XI as part of his efforts to beautify the city. Located on one of Rome’s seven hills, the garden has been home to numerous exotic plants since its establishment. The garden flourished under Pope Clement XII, who funded massive renovations and added several new features such as an orangery and aviary.

Today, it remains one of Rome’s most beloved attractions. The flowery park in Rome is home to more than 8,000 species of plants from all over the world, making it one of Italy’s largest botanical gardens. Visitors can explore its fascinating collections of orchids, cacti, bonsai trees, carnivorous plants, and much more. There are also numerous sculptures and fountains throughout the garden, plus several greenhouses.

The Rome Botanical Garden is open daily, though the butterfly garden is closed on Mondays. Admission is a very reasonable 4 Euro, and you don’t need to make reservations in advance — there’s plenty of space for everyone at the 30-acre park. It’s also close to the very famous Villa Farnesina gallery, which is an excellent afternoon stop (just be sure to buy your tickets in advance).

Where to stay in Rome

You’ll probably want to book a hotel north of Appian Way Park so you can walk through the historic parts of Rome. The hotels below are all in great locations and highly rated, though there are also plenty of great Rome Airbnbs with amazing views, too.

Hotel Mozart is a colorful boutique hotel where each room is unique decorated and has its own Italian style. It’s just a half a block from Rome’s Via Del Corso and is only 10 minutes from the Spanish Steps and Trevi fountain, so you can sightsee on foot without the need for a taxi.

With dark, moody, and modern rooms, this luxe-hotel is a standout in Rome. While it’s not inexpensive by any means, it’s an ideal place to stay for your own romantic Roman Holiday. It’s eclectic, cool, and close to the Colosseum and other must-see sights.

The Rome Garden Hotel is one of the most affordable nice hotels the city and, better still, is near some of the best parks in Rome. The boutique hotel is close to Villa Borghese and has its own private garden — perfect for an evening glass of vino after a day spent exploring. This hotel is located in a quiet residential area near the Appian Way Park and has a beautiful garden with a pool. It also offers free bike rentals, making it easy to explore the city.

The Mama Shelter hotels are almost too hip to handle, and Rome’s version is no exception. This funky hotel is near the Vatican and rooms include breakfast in the outdoor patio (weather pending) It’s also very close to a Metro station. Rooms start around $150 a night.

CyclingThe 7 Best Italy Wine Tours for Cycling Your Way Through Vineyards
Tagged
Hiking Parks Rome, Italy
What did you think of this story?
Meh
Good
Awesome