Misty rain is falling on the vines at Bovino Vineyards in Paso Robles, California, when I sit down for lunch with Steven Anglim, head winemaker, and Dan Souza, the winery’s owner. The sky is slate gray, but it’s not obstructing the sublime view from the winery’s dining room — miles and miles of green hills, dipping and rolling underneath a wide-open sky.

“In the past 20 years, Paso Robles wine has gone from good to world-class, pulling back on alcohol and becoming more structured,” Anglim says. “We’ve been consistently improving since.”

Established in 1983, the Paso Robles American Viticultural Area (AVA) is in central California around 30 miles from the coast. It’s home to 11 sub-AVAs, which encompass more than 200 wineries and 40,000 acres of vines. The weather is in part regulated by the Templeton Gap, a sub-AVA and natural geographical feature that allows an ocean breeze to blow through the region. As a result, sometimes searingly hot days progress into cool nights, protecting the flavor and aromatics of the fragile fruit.

Nearly 40 percent of the grapevines in Paso Robles are cabernet sauvignon, though more than 60 other varieties are grown in the region. Many are Rhône varieties like syrah and grenache. Zinfandel, the region’s heritage grape, is also prevalent here, as are Bordeaux varieties like merlot. This wide range of wine grapes had led Anglim to conclude that the region doesn’t have a specific wine identity. Chris Taranto, communications director at Paso Robles Wine Alliance, who joins us at the lunch, cuts in to describe the region’s wineries as “approachable and nimble,” meaning that wine connoisseurs with specific tastes, as well as newcomers who want to try a little bit of everything, will feel comfortable here.

“There’s a wide expression of wine here in Paso Robles,” adds Anglim. “We don’t have a ‘Paso style,’ and we don’t have to play into the paradigm of ‘We have to be something.’ We can be whatever we want.”

That flexibility allowed the region to flourish and find an identity as one of the more playful wine regions in California. But it took a scrappy attitude to get to the point where Paso isn’t constantly being compared to Napa.

“The tasting rooms are friendlier and more approachable, and you can ask basic questions about wine without being scolded,” says Cecily Parrish, general manager of Parrish Family Vineyard, of the reasons one might want to visit Paso over Napa. “And there is less traffic, and it’s less expensive.” Her father David Parrish, the owner and winemaker, is a little blunter when it comes to explaining why he thinks Paso has an edge over more popular regions: “Going corporate is still a long way off for us,” he says.

A community built around wine 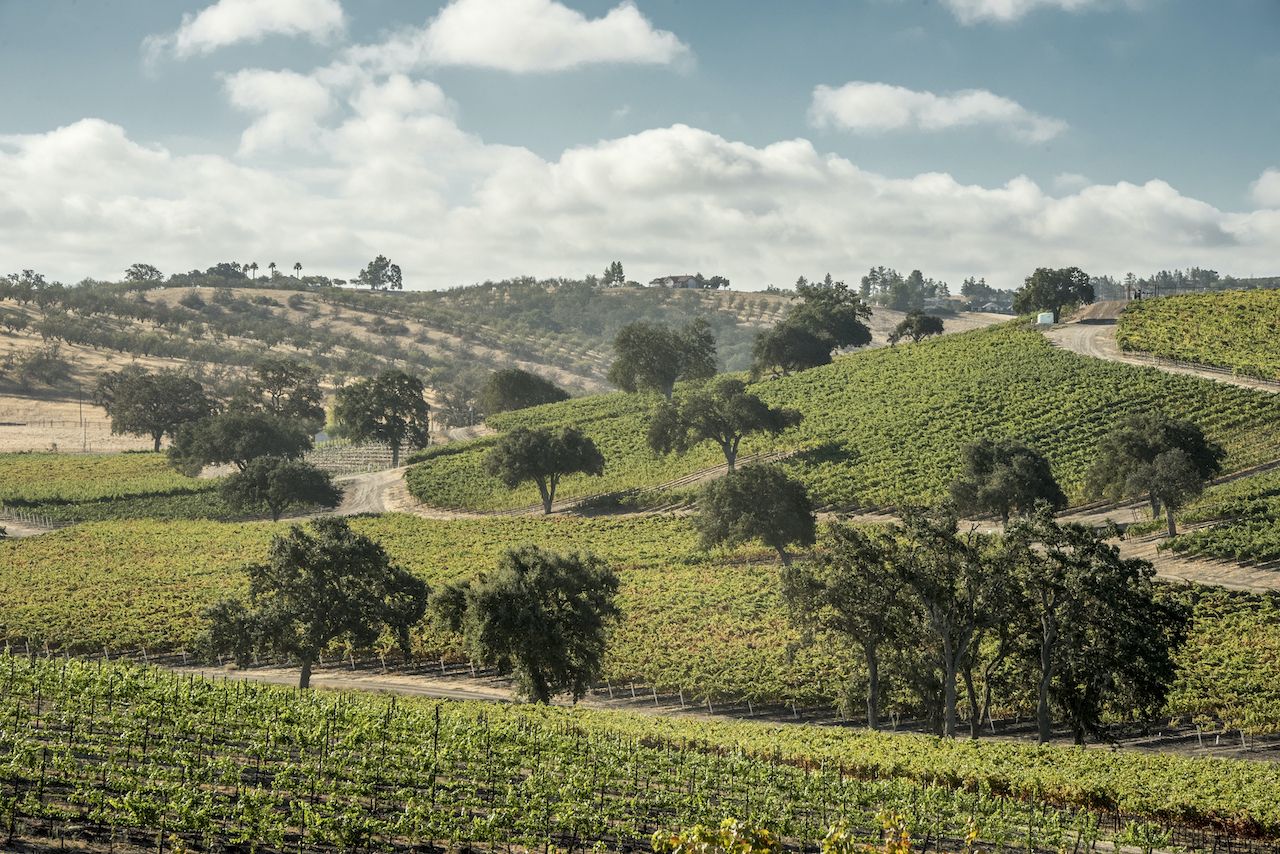 “When I opened up here, it was the boondocks,” says Paul Hoover, owner of Still Waters Vineyards, in between glasses of wine at the tasting room of neighboring Rava Wines, earlier in the week. “And yet now there are 20 or 30 wineries around us within driving distance.”

Hoover says the Paso Robles growth spurt really kicked off from 2002 to 2004, thanks to what he calls the “four-legged stool” — a simultaneous growth among all the industries in Paso that, when interconnected, make the region a more appealing, accessible, well-rounded experience.

“The restaurants have gotten better downtown,” Steve Gleason, winemaker at Four Lanterns, says, who is sitting next to Hoover at lunch. “Hotel facilities have gotten better. So we’re attracting people that like some of the finer things in life now. And the wine has gotten better. I remember 30 years ago, it was a little hit or miss. But the winemaking community, and the vineyard community, has matured here and it’s really coming together.”

“As a winemaker and a grower, I give a lot of credit to the restaurants, hotels, and community,” Hoover adds. “We wouldn’t have what we have in the way of small, boutique operations without it. We wouldn’t make it.”

The result is a tight-knit group of winemakers who came up through Paso Robles’s uncertain evolution with a thriving business — and through it all have remained committed to maintaining small-scale operations: Taranto estimates that around 95 percent of wineries in Paso Robles are small, family-owned operations that produce 5,000 cases or less every year.

In Paso Robles, the “family-owned” label isn’t a marketing gimmick or an empty promise — it’s a way of life that has allowed the region’s wineries to maintain operations with accessible owners and winemakers who will, over time, build up generations of winemaking knowledge as future generations take over the wineries. Small-scale businesses allow for face time with winemakers for everyone who passes through Paso Robles.

Bella Luna — which focuses on Italian varieties like sangiovese and arneis — might be the perfect example of this phenomenon. At a tasting in the living room of their family home, Bella Luna’s current winemaker, Jimmy Zanoli, tells the winery’s story: His father, Sherman Smoot, and his business partner, Kevin Healey, founded Bella Luna 40 years ago. In 2015, Jimmy and his wife Shelley took over the business after living in Napa for several years. Jimmy took over winemaking duties while his wife serves as Director of Sales. They don’t employ anyone to work on the vineyard; only family members contribute to the business, including Kevin’s daughter and her husband.

“What we’re going to see in Paso Robles is multiple generations taking over the businesses,” Tyler Russell, winemaker at Cordant Winery, later tells me from behind the bar at his downtown Paso Robles tasting room. “I’m a first-generation winemaker and have two children. My only way I would gauge success is if one of them wants to take over [the winery]. People did a really good job of building good culture here that their family members want to carry on. It wasn’t just dad’s second career that we all hate, because now he’s retired and doesn’t spend time with us. People bootstrapped this place. And it’s gonna take us really far.”

Family-owned wineries like Bella Luna and Cordant go hand in hand with Paso Robles winemakers’ commitment to maintaining a close-knit community. The strong sense of kinship that winemakers share — even though they are all technically in competition — has been one of the keys to the region’s success. That sentiment is perhaps best encapsulated by Mark Adams, winemaker and owner of Ledge Vineyards. “I have no interest in outselling my neighbors,” he says at an intimate tasting in the kitchen of his family home. “There’s an atmosphere of cooperation here that I really cherish.”

That attitude was repeated by most of the winemakers I spoke with, and it creates an environment that feels hospitable to folks who aren’t already intimately acquainted with California wine country.

There are trade-offs to staying small. Wines from the smaller producers are tricky to find outside the region. Many wineries produce between around 3,000 to 5,000 cases of wine every year, so distribution is locally focused or sent to cities that are major wine hubs like New York and Chicago (only 18 vineyards, including JUSTIN winery, produce more than 50,000 cases annually). But that does leave open the opportunity to be experimental and playful with what they are able to produce.

“I would say it’s the pioneering of a lot of the winemakers that got us discovered,” says Hoover. “The difference between playing a guitar at a bar and being in the top 40 is being discovered. We’ve always had the potential to make great wines, but it’s very hard to then take that potential and put it in a bottle. So the people who have decided to make that really fine wine and put it out there, got us discovered.”

Several winemakers I spoke to for this story joked that a new article every few months declares that Paso Robles might be the “next great California wine region,” but Hoover is right: Paso Robles does feel like it’s on the brink of becoming a household name like Napa and Sonoma — and not just among wine experts but also with wine tourists.

To meet that new demand, a growing number of wineries are offering accommodations and experiential packages that go beyond tasting rooms: Alta Colina Vineyard offers its Trailer Pond, a group of vintage trailers where guests can glamp among the vines. One of the region’s biggest wineries, JUSTIN, just opened a hotel on its property, and DAOU vineyards holds an extravagant annual gala for its members with past themes like Le Moulin Rouge and The Great Gatsby. 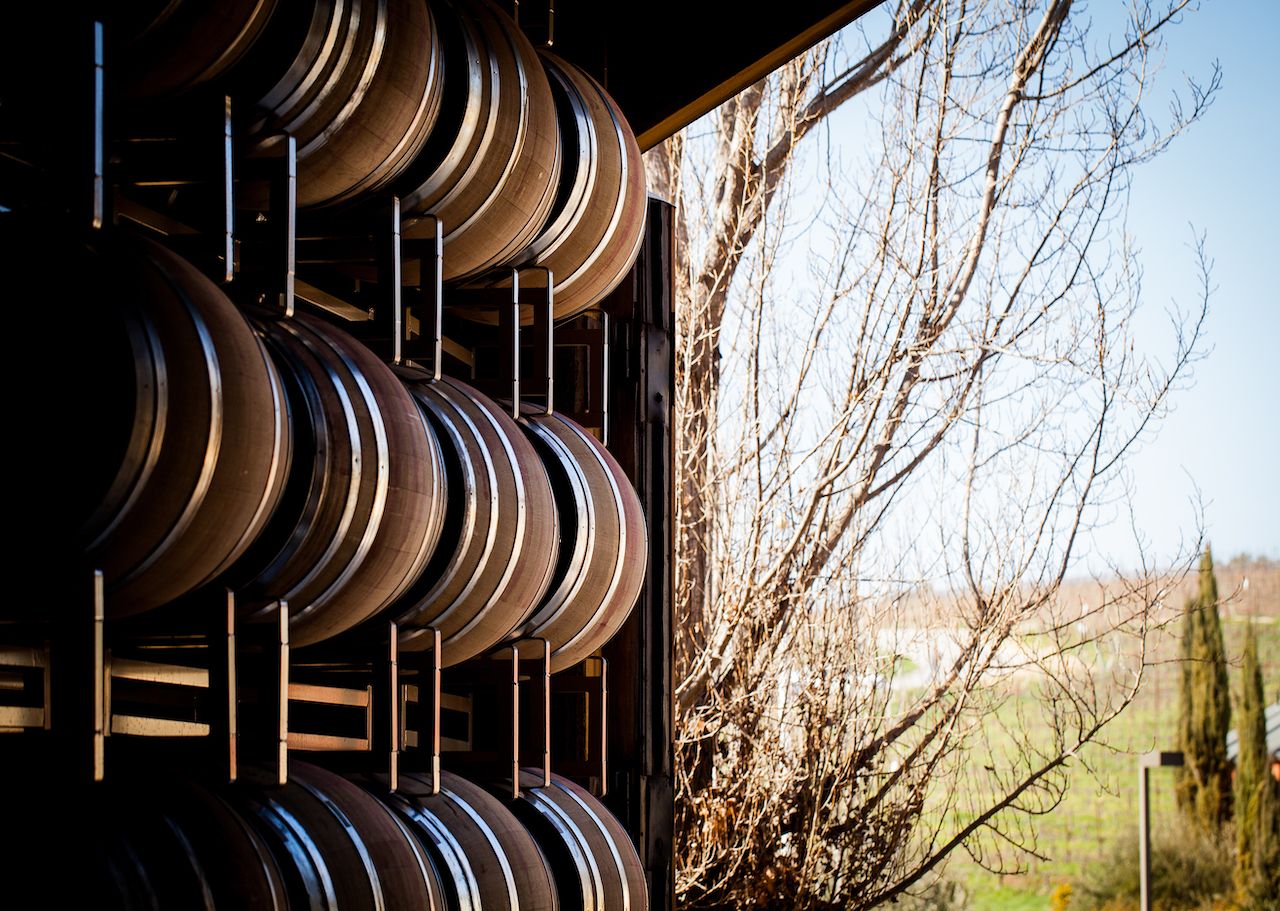 The COVID-19 pandemic has presented its own set of challenges to a region that, in the last decade or so, has found its footing. But Chris Taranto, from the Paso Robles Wine Alliance, says Paso Robles is well-equipped to bounce back from what he calls the “roller coaster ride” since the pandemic hit.

“Our wineries are able to welcome visitors in outdoor settings only, with specific protocols that include social distancing and mask-wearing while in public spaces,” he says. “Luckily the greater majority of our wineries have been able to adapt in this model, and we are fortunate to enjoy great weather during the height of the season. Paso Robles wine is in a unique position that we are on an upward trajectory in popularity, so fans of the region are dedicated consumers.”

Pandemic aside, the best is yet to come for Paso Robles. That much is clear just by looking out the window of Bovino Vineyards tasting room. The thriving landscape is ripe with a range and variety of vines that will allow the region room to continue to grow and evolve.

Steve Anglim prepares to tuck into the first course of our lunch before making his definitive statement on Paso Robles. “The world has not yet seen everything we can do here,” he says. You won’t find anyone in Paso willing to argue.

California Has 280 State Parks. These Are the 10 Most Beautiful To Visit.