The United States is a great place for wine lovers. It’s home to around 250 distinct wine regions, called American Viticultural Areas (AVAs), that are designated as special appellations for growing grapes. AVAs encompass thousands of wineries making all types and styles of wine, from balanced European-style blends to big and bold wines made from a single grape variety.

A handful of these regions have garnered international acclaim. You likely know their names — Napa, the Finger Lakes, Willamette Valley. What you might not know are the regions close by or even directly neighboring these famous wine regions. The wine isn’t the same in these nearby regions (otherwise there wouldn’t be a point for the different designations), but they’re often just as exciting to explore. So take a break from the well-known and venture out. You might just find a new favorite.

Instead of Napa and Sonoma, try Monterey 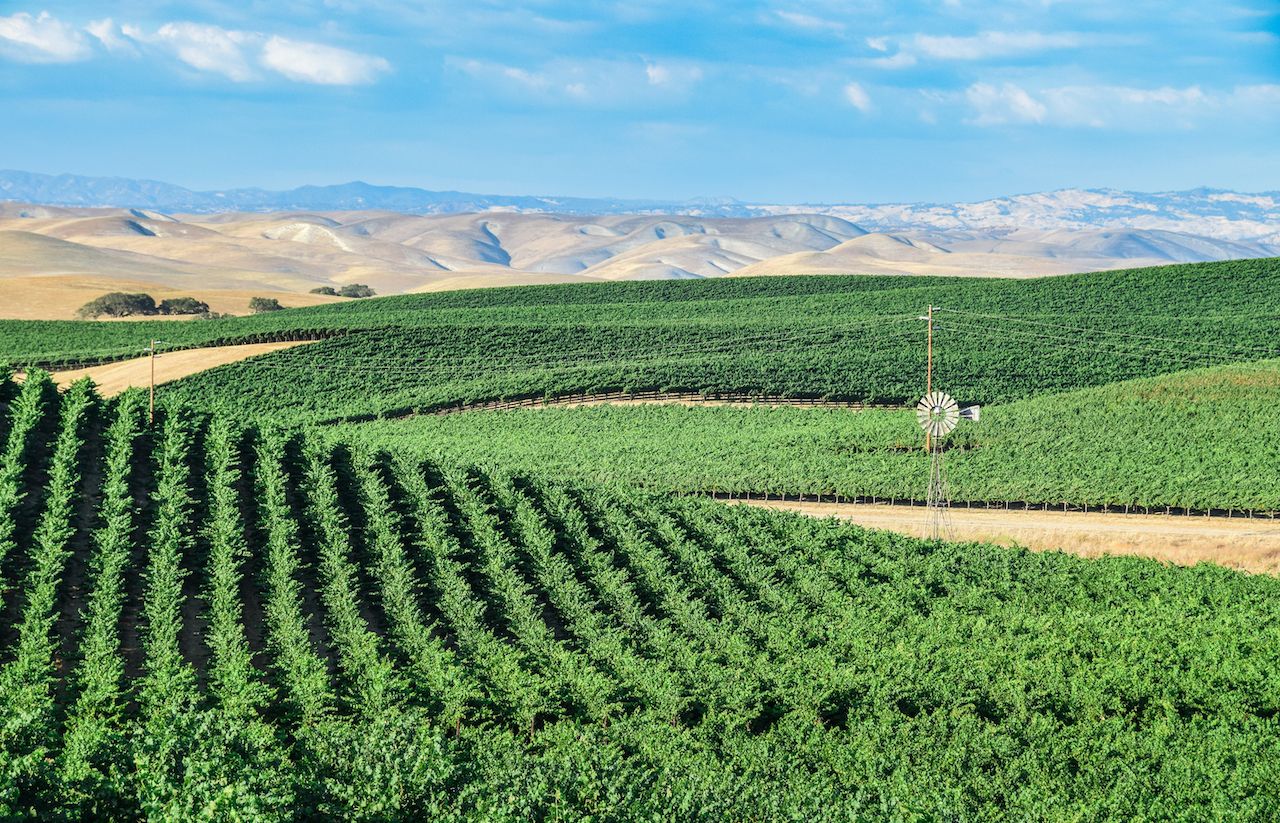 Napa is one of the most famous wine regions in the world, let alone the US. It’s home to the wineries that first put American wine on the map, many of which are still worth a visit. Nearby Sonoma is a little more laid back with slightly less name recognition, but it too is known for producing sustainable, destination-worthy wines. But just two hours south to Monterey, and you’ll find a wine region with far fewer crowds, great wine, and a classic California wine country atmosphere.

The Monterey AVA was first recognized in 1984. Since then, eight smaller AVAs have been delineated inside, and together the regions have some 150 wineries and around 40,000 acres of vineyards. Start in the far north by Carmel and Monterey Bay, where you’ll find wine made from cool weather grapes like riesling and pinot noir. Farther south and slightly inland are warmer varieties like cabernet sauvignon, merlot, syrah, petite syrah, and zinfandel. Chardonnay is planted throughout the AVA and makes up more than half of the vines. Be sure to pop into the smaller AVAs on the way south, as each has its own microclimate to explore.

WineThe best place to go wine tasting in all 50 states

Instead of the Finger Lakes, try Niagara Escarpment

The Finger Lakes deserves all of the recognition it gets for quality wine. The region put New York on the wine map starting with Dr. Frank Konstantin, who proved that European grape varieties could be successfully grown in the cold northern center of the state. Venture north to the Niagara Escarpment AVA to experience a region that deals with even colder weather.

Niagara Escarpment is near Niagara Falls and was first recognized as an AVA in 2005. Hardy and cold weather white varieties like chardonnay and riesling, as well as pinot noir, are the primary grapes. Warmer air off of Lake Ontario in the autumn keeps parts of the region just warm enough for grapes to ripen. There are around 20 wineries in the AVA. What you don’t want to miss out on are the many ice wines available, which are made by leaving the grapes on the vine until they freeze in early winter. When done right, the concentrated sugars in the grapes ferment into a sweet, balanced dessert wine. Niagara Escarpment joins the Finger Lakes as one of a few regions in the US where there are regular ice wine weather conditions. And if you can’t get enough, hop across the border to Canada’s Niagara wine country where you’ll find even more ice wine. 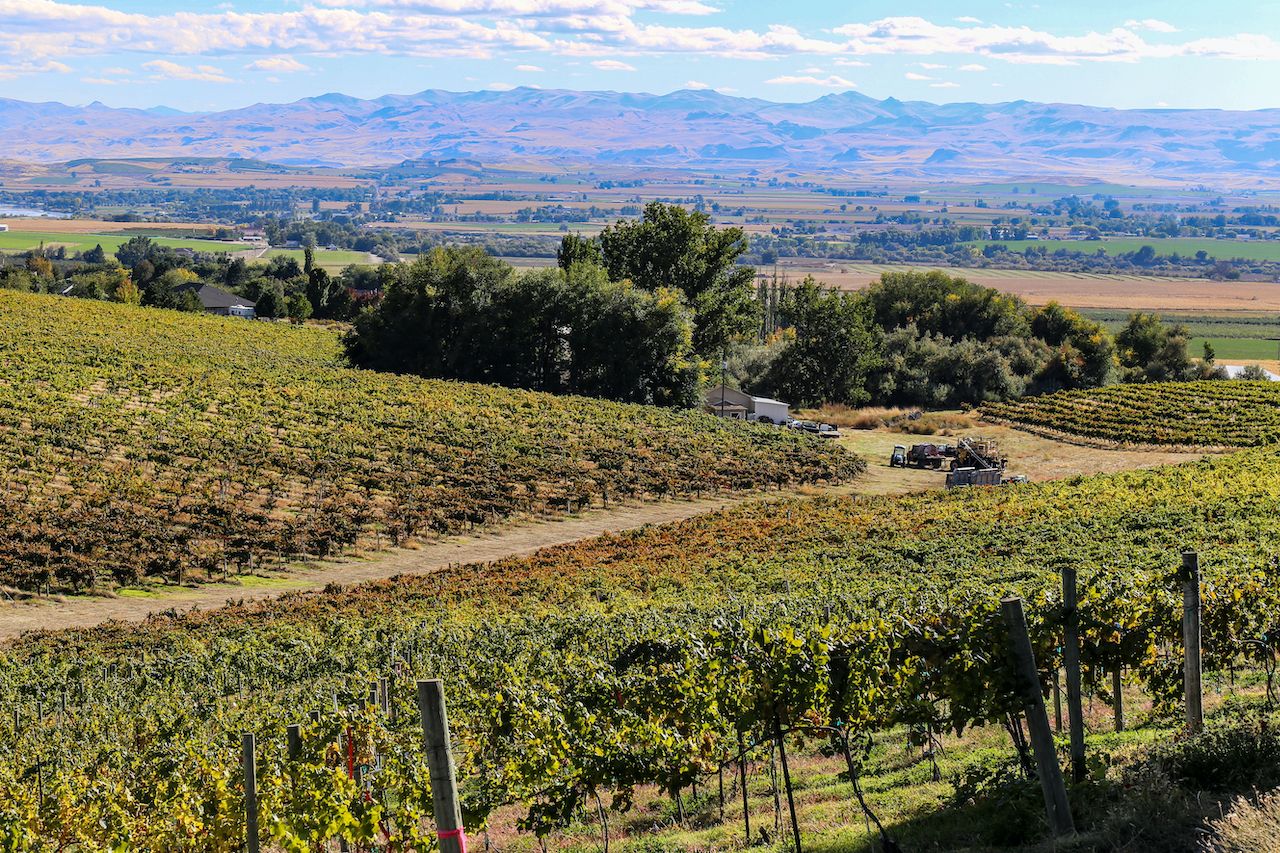 Walla Walla, and the Columbia Valley AVA that encompasses it, straddles the Washington-Oregon border and is known for its robust cabernet sauvignon, merlot, and syrah wines. The red wines have brought much attention to this small AVA, as well as the white wines made with chardonnay and gewurztraminer. A short drive south is another AVA that crosses state lines: the Snake River Valley AVA, which spans across Oregon, Washington, and Idaho.

Though Idaho isn’t much known for wine outside of the region, the Snake River Valley is reason enough to pay attention (and a visit). Idaho winemakers are open to experimentation and play with different varieties — some wineries work with as many as 20 different varieties for blends and varietal wines. The wineries throughout the Snake River Valley AVA, which started in 2007, are accessible and welcoming. Most importantly, the wine is balanced and tasty, so save some room in your luggage to bring back bottles that are hard to find outside of Idaho and the Pacific Northwest.

After Napa and Sonoma, Paso Robles is up there among the most famous wine regions in California. The Paso Robles AVA started in 1983 and has since been subdivided into 11 sub AVAs. Its diversity in wine types and styles is part of what makes it so special. But for some of the best pinot noir in California, you have to head south and toward the coast to the Sta. Rita Hills.

The Sta. Rita Hills AVA is near the elbow of California and was formed in 2001. It has hills on one side and the Pacific Ocean to the west and south. Despite being closer to the equator than any European wine region, it has a cool, moderate climate thanks to the fog and breeze from the water that makes the region perfect for grapes. It’s a special place for anyone who enjoys syrah and chardonnay, but it’s an especially noteworthy stop for anyone who loves varietal pinot noir at its finest.

Instead of the Willamette Valley, try Umpqua Valley 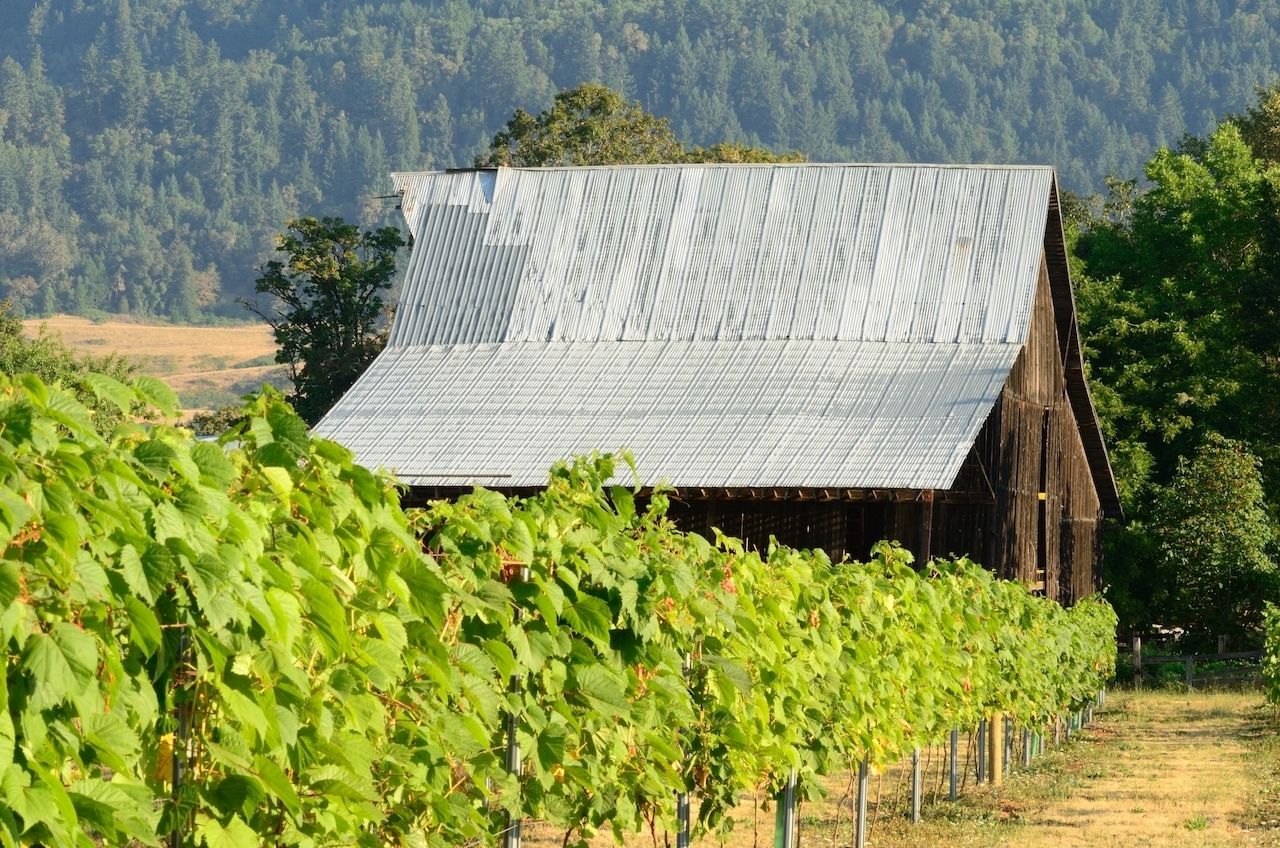 The Willamette Valley makes some of the most famous wines in the US. It was formed by a group of University of California, Davis students in the 1960s who believed that the Oregon region could grow cool-climate varieties. They were right. The pinot noirs are not infrequently compared to Burgundy, and the relatively small amounts of pinot gris and chardonnay shouldn’t be ignored.

That said, it’s understandable that less attention is paid to Oregon’s other AVAs and sub-AVAs that stretch along the western side of the Cascade Mountains. Connected by a sliver to the south is the Umpqua Valley AVA, which was founded in 1984. The first vines were planted in the region in the 1880s by German immigrants who had worked with the Beringer wine family in Napa. Umpqua Valley’s upstart winemakers planted riesling in the 1960s, and founded the Oregon Winegrowers Association in 1969. Overall, there are more than 20 grape varieties grown in the 65-mile AVA. The cool climate section is known for pinot noir like those to the north in Willamette Valley, and the warm climate section is known for merlot, syrah, and tempranillo.