African-Americans spent $63 billion on travel in 2018 alone, and yet they’re still one of the most underrepresented and under-marketed-to communities in travel. Phil Calvert (aka Phil the Culture, aka Philwaukee) is on a mission to change that on his new YouTube show, Phil Good Travel, where he wants to show solidarity with fellow black travelers — and sprinkle positivity throughout Europe along the way.

Positivity — a recipe for life and travel

Produced by Matador Network, Phil Good Travel lets viewers follow Phil on his globetrotting adventures around Europe, spreading enthusiasm to every stranger he meets. When Phil travels, he doesn’t just roll up to new cities, eat some food and point a camera at a bunch of old buildings. Phil’s mission is to tackle each new location with a sense of optimism and open-mindedness, and spread his infectious enthusiasm throughout the world. “Pack your patience and pack your positivity,” he says. “If you go on a trip without those two things, prepare to have the worst trip in the world.”

In his videos, it’s clear that Phil is a strong proponent of the idea that a cheerful outlook shapes the entire vacation. “It can change someone’s whole thought process,” he says. “I’ve been on trips where I’ve preached positivity, encouraged people to come on hikes or other fun activities, and it just changed the whole vibe of the trip.”

Creating a sense of community 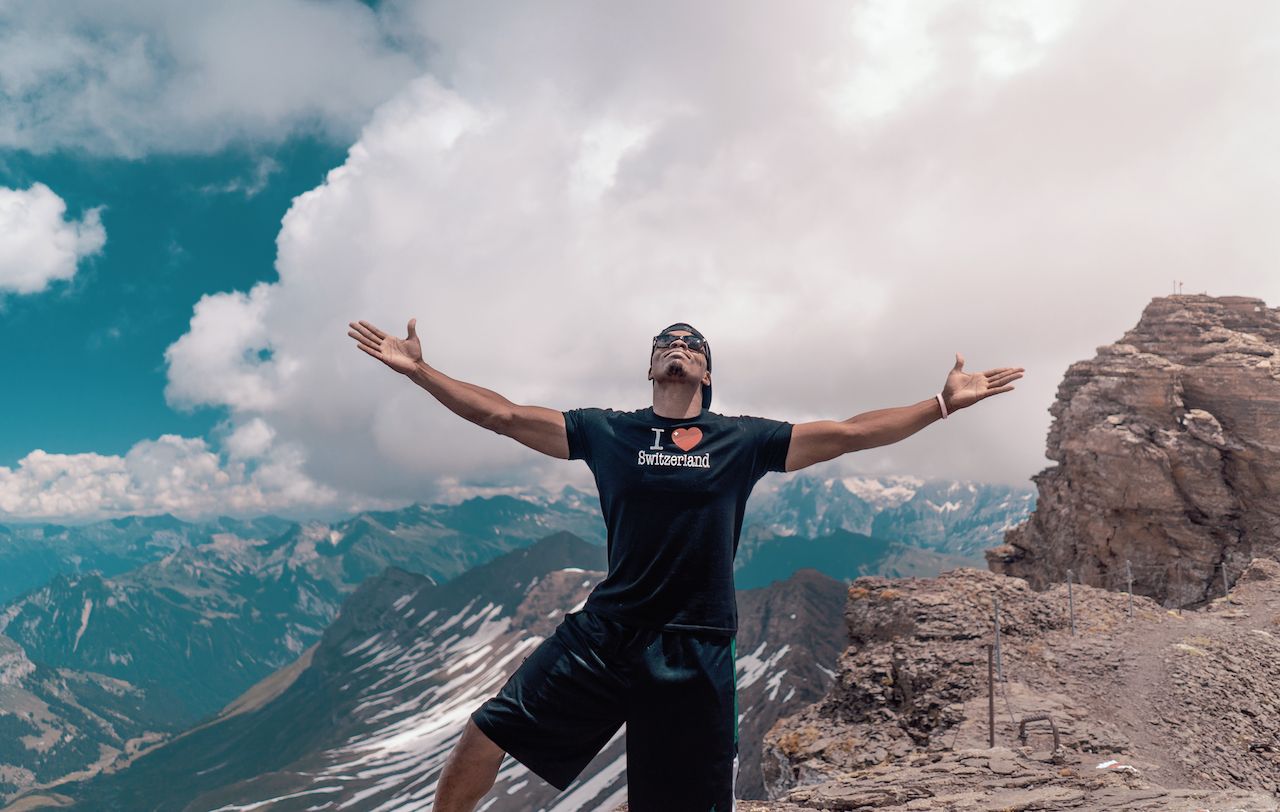 Since black travelers are often in the minority in European countries, Phil’s other main goal is to show solidarity by acknowledging black travelers whenever he sees them, whether through a fist-bump, high-five, or a shout out.

“When I’m walking down the street and I see a person of color in a predominantly white area… I feel a connection. Being in a country where you’re one of the only black people, you notice. So when I see another black person, I make it my duty to say hello, because I guarantee they feel what I feel.”

While everyone might feel somewhat alone in a foreign country, Phil understands that this feeling is particularly strong for people of color, who might be traveling in countries that lack diversity. “Unfortunately, discrimination and racism are real,” he says. “It’s just a breath of fresh air sometimes to see people who are just like you.”

It’s also not uncommon to find Phil standing in an Italian piazza, or on a street in Prague, in the black power stance. He was inspired by Tommie Smith and John Carlos, iconic African American athletes who, in the 1968 Olympics, raised their fists to the sky. As alumni of San Jose State University, where Phil attended school, they often spoke at school events and instilled in Phil a sense of racial pride. “When I first went abroad,” he says, “I was so proud to be abroad that the stance just came naturally because I felt like I conquered something that a lot of people from my area never did.”

New episodes of Phil Good Travel air each week on YouTube. For your weekly dose of positivity, laughs, and inspiration, make sure to subscribe.

Black TravelAfrican-Americans Spent $63 Billion on Travel in 2018
Tagged
Black Travel
What did you think of this story?
Meh
Good
Awesome