On September 29, Kīlauea volcano, on the big island of Hawai’i in Hawai’i Volcanoes National Park, started to erupt. The summit, called Halema’uma’u crater, is turning into a lava lake as cracks opened in the crater’s wall and floor.

The latest eruption is currently in what government officials describe as the opening phase, which can be “dynamic and uncertain.” And you can see close up photos of the whole thing thanks to United States Geological Survey (USGS) cameras.

The Sun has set on the new eruption within Halemaʻumaʻu crater at Kīlauea’s summit. We’ll be back in the early morning with more posts here, but in the meantime, new images and other info will be posted throughout the night at https://t.co/Lm77CMQ2Tc. #KilaueaErupts #kilauea pic.twitter.com/olCDWes1F7

From the time of the eruption to the morning of September 30, the lava lake rose from about 225 meters to more than 240 meters, according to USGS monitoring systems. The last time Kīlauea went through what’s called an explosive period was about the 1500s. It ended in the early 1800s with lava fountains that shot up an estimated 2,000 feet high and killed hundreds of people as the explosions sent blankets of ash, lava, and gases over the southeastern portion of the island. 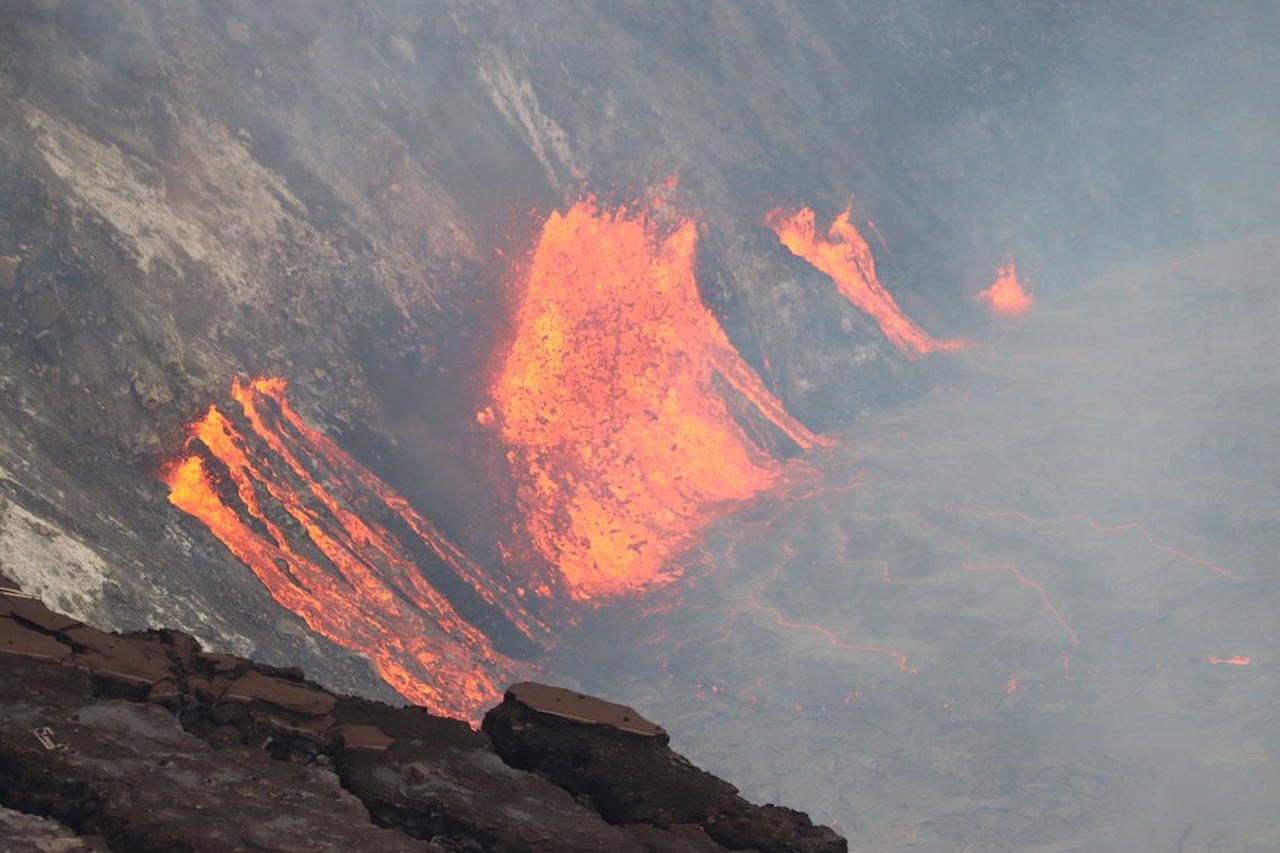 The USGS notes that the volcano has primarily been in an effusive state since 1823 as the caldera slowly fills with lava flows. That doesn’t mean there haven’t been some explosions — a 1924 eruption sent literal tons of rocks as far as half a mile from the crater for 17 days. The effusive state continued not long after, but scientists have concluded that Kīlauea “will eventually return to a long period of mostly explosive activity.” In 2018, an eruption closed the park for four months. Just before Christmas 2020, Kīlauea erupted and shot spurts of lava 165 feet into the sky. 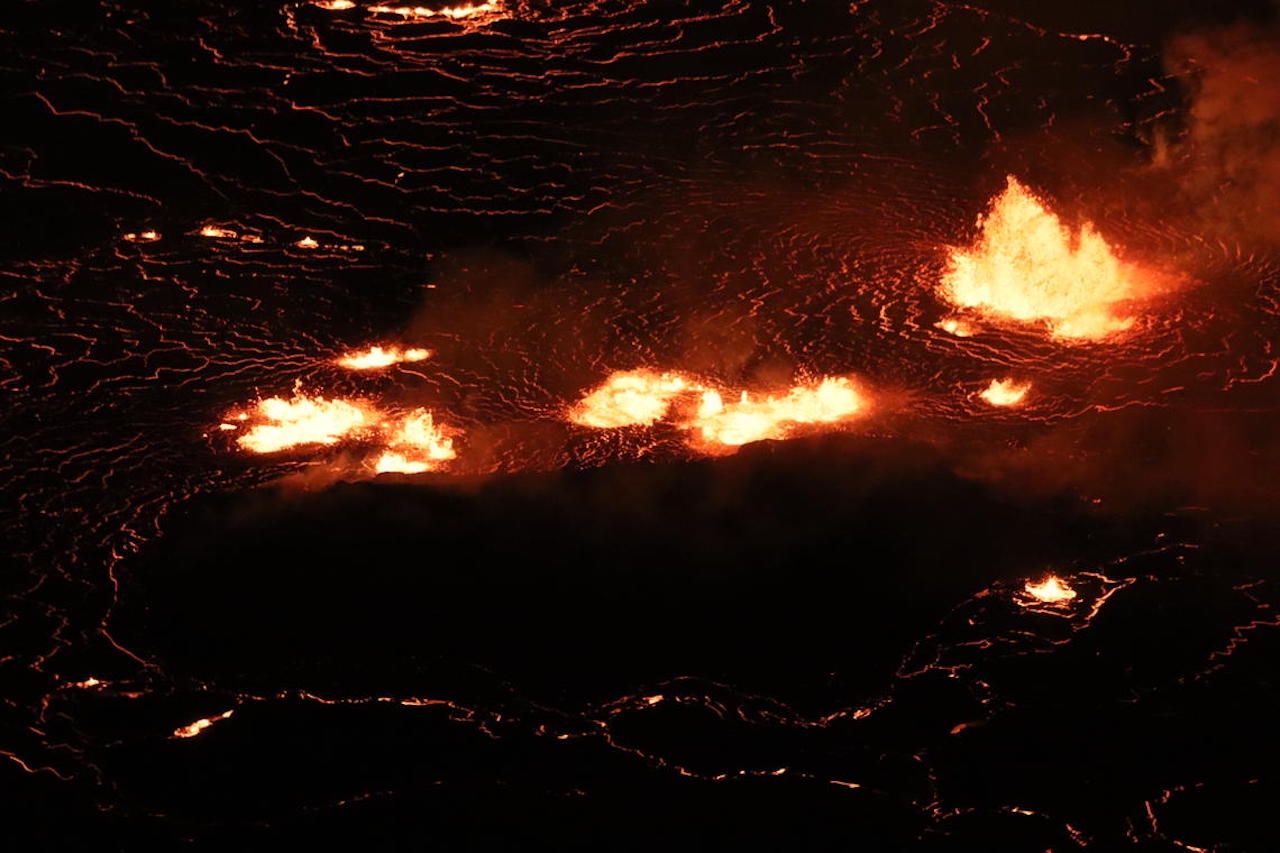 This eruption is so far decidedly more calm. Still, there’s currently a warning in place that ashfall, small fragments of volcanic glass, and volcanic gases could be present in elevated concentrations at publicly accessible regions of Hawai’i Volcanoes National Park. The gases — mostly water vapor, carbon dioxide, and sulfur dioxide — are the most troubling. Sulfur dioxide creates volcanic smog (called vog) that is an airborne health hazard and can damage crops and livestock. 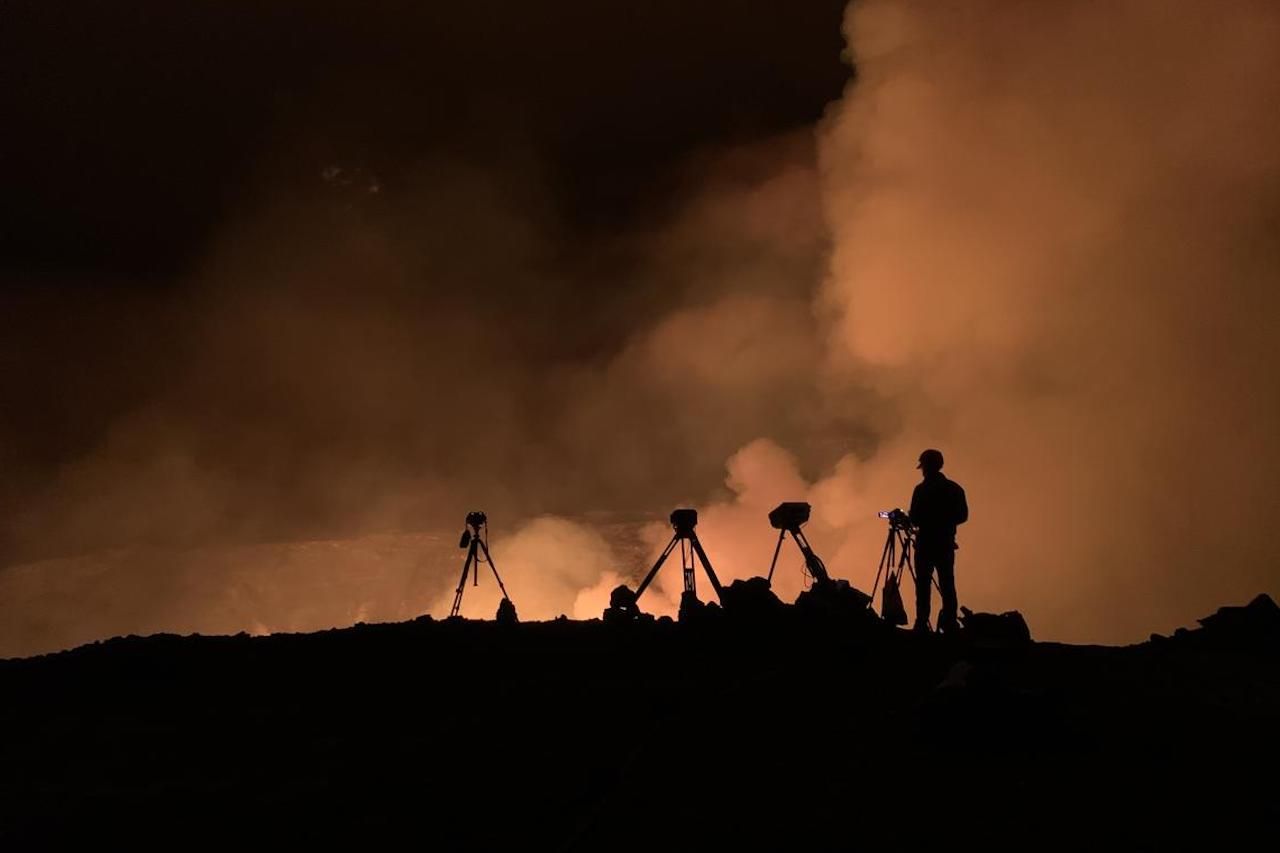 The Kīlauea caldera around the Halemaʻumaʻu crater has been closed to the public since late 2007. The USGS is closely monitoring the situation, however, and providing an inside look through photos captured by employees and stationary cameras that continuously take images of the same location.

Quite the 24-hr gif from the west rim Kilauea cam!https://t.co/nVUHBsqMqr#KilaueaErupts #Kilauea pic.twitter.com/u6bdSehSmh

For continuous updates, follow USGS Volcanoes on Twitter and check in on the agency’s Kīlauea page and summit webcam.

National Parks6 Active Volcanoes You Can Actually Go and See Up Close
Tagged
Beaches and Islands News Hawaii, United States
What did you think of this story?
Meh
Good
Awesome