Barbecue is about the closest thing that humans have to a universal cooking style. In countries around the world, people barbecue meat and vegetables over fire. Each method is slightly different — the Chilean asado has the meat spread upright against a large open fire, for example, while Japanese yakitori uses narrow charcoal grills. And then there’s the style that’s among the oldest and most traditional: barbecue done in an underground pit.

Pit barbecue is especially prevalent in countries in the South Pacific, but historic styles can be found in other parts of the world as well. Some are rare to come by beyond special occasions, like the New England clam bake, which comes from a Native American cooking style of baking seafood in a charcoal-and-seaweed-filled hole on the beach. Other types of pit barbecue, however, thrive year round.

These are the underground barbecue styles from around the world to keep on your bucket list.

Kalua pork, which means “pork baked underground,” is the heart of nearly every Hawaiian lu’au. The initial concept is simple: a whole pig wrapped in banana leaves and baked for a day in a dirt-covered pit called an imu. What makes this preparation work is a long, slow process.

Preparation starts at least 11 hours before dinner is to be served. First, a hole between three- and five-feet deep is dug and lined with banana leaves. A fire is started inside, and rocks are added. The pig is prepared as the rocks heat up. When they’re white hot, the wood is removed, and most of the rocks are lined around the pit while a handful are stuffed into the pig. The pig is placed in the hole and then covered with banana leaves, tarp, and sand. Around nine hours later, a fully cooked pig is ready to be dug up and served. 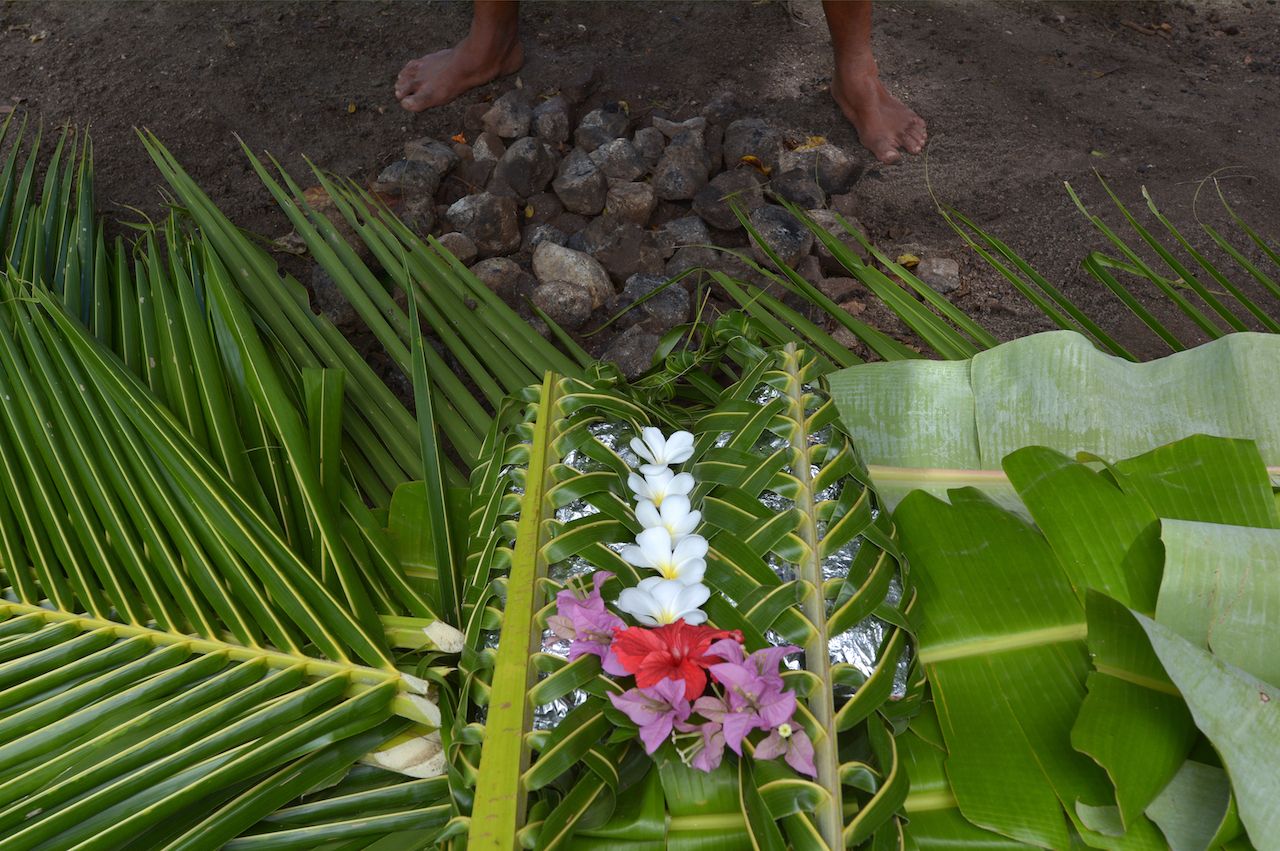 In Fiji, the underground barbecue is called lovo. While it’s an all day affair like the others on this list, the top usually skips the earthen covering and relies on tightly woven banana leaves instead. Typical meats include spiced whole chicken and large cuts of pork while local vegetables like sweet potatoes and cassava are wrapped in banana leaf packets as well. The hole is dug early in the morning, and rocks are heated over wood before the wood is cleared and the stones are arranged so they’re flat. Banana stalks are laid over the rocks like the bars of a grill. The food is stacked from bottom to top with meat, then vegetables, then desserts like vakalolo, which is a type of coconut and cassava pudding wrapped in banana leaves. The final meal is ready after about four hours of cooking. 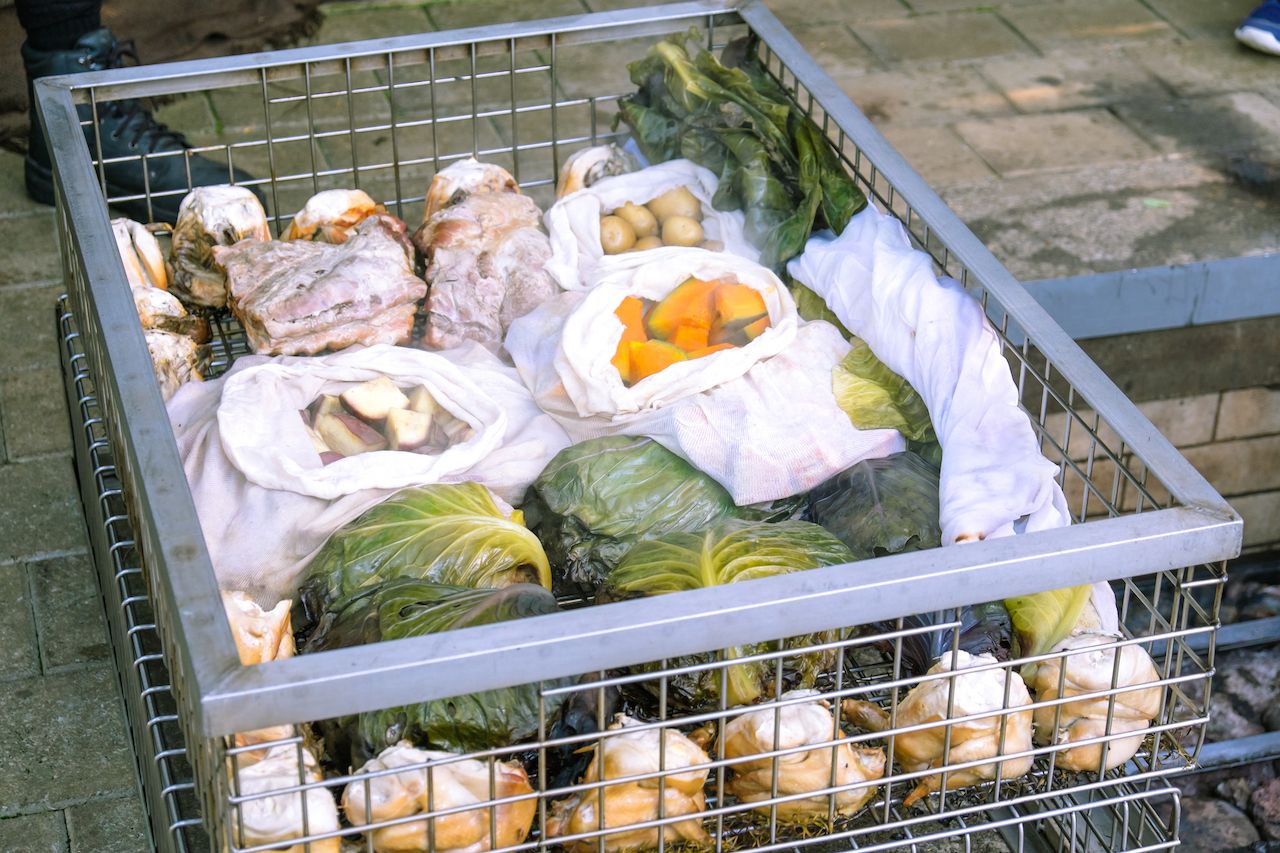 The underground oven used by the indigenous Māori people of New Zealand is called a hāngī. It uses hot stones and a soil covering to trap the heat. The most traditional foods cooked in a hāngī include fish, poultry, and vegetables like sweet potato that are wrapped in flax leaves. Modern hāngī include pork and lamb, and aluminium foil baskets and cloth sacks often replace the leaves.

Hāngī are still popular today in parts of New Zealand. A modern iteration has the food in individual or small-group packs that can be sold as takeout. Depending on the size of the packs and what type of meat, the food is cooked underground for around four hours. 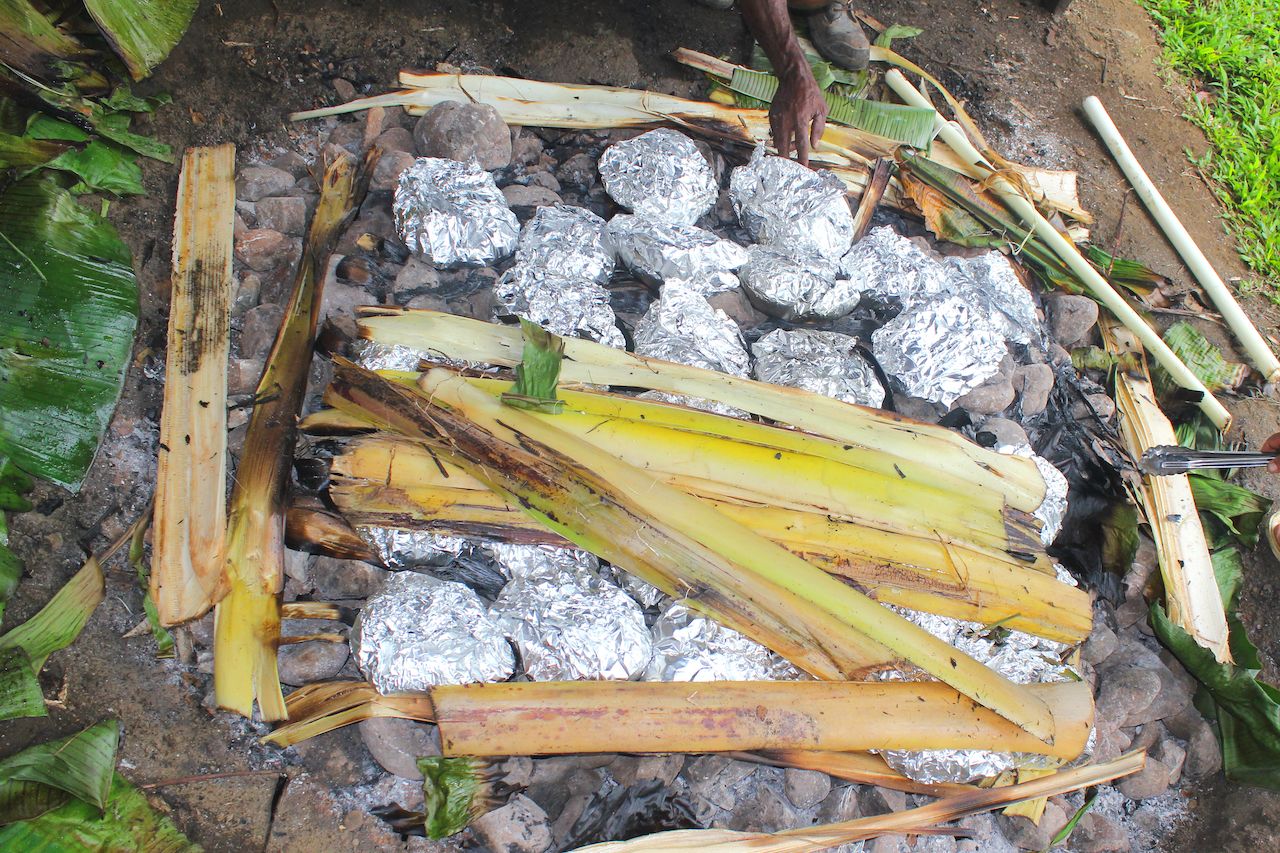 Papua New Guinea’s underground barbecue is called mumu. The cooking is done in a pit filled with hot stones, and it’s covered with long-bladed grass, vegetable fiber sacks, and banana leaves. In the middle, there’s usually yams, sweet potatoes, taro, and whole pig. Coconut is often added in coastal regions while gourds and other vegetables are included farther inland.

A mumu with gourds differs from others on this list by one major way: sticks that lay horizontally between the hot stones and food. When most of the other preparations are complete, the sticks are removed, and water is poured in the holes left behind to create steam and cook the food for around three hours.

Barbacoa is loved throughout Mexico and the US, but it’s far from a new style. Its origins are believed to date back to the Taino people of the Caribbean, who brought it to central Mexico long before Europeans arrived. In the Yucatan, the Mayans called these underground barbecues pibils, which are covered in the book Pre-Hispanic Mexican Cuisine: The Food of the Ancient Mexicans. Today, the more widely known version is barbacoa, which comes either from the Taino word meaning firepit or the Spanish phrase de la barba a la cola, which means “from the beard to the tail.”

Exactly what’s included in barbacoa depends on where you’re eating. Goat and beef are common while venison shows up in Sonora and chicken in Guerrero. Turkey and rabbit make appearances in barbacoas throughout central Mexico. Regional chilis and vegetables round the barbecue out. Regardless of what’s cooked, the method is similar: all of the meat and vegetables are put in a hole and then covered with banana or maguey leaves and soil. The result is a tender and juicy meat perfect for tacos or any other preparation. 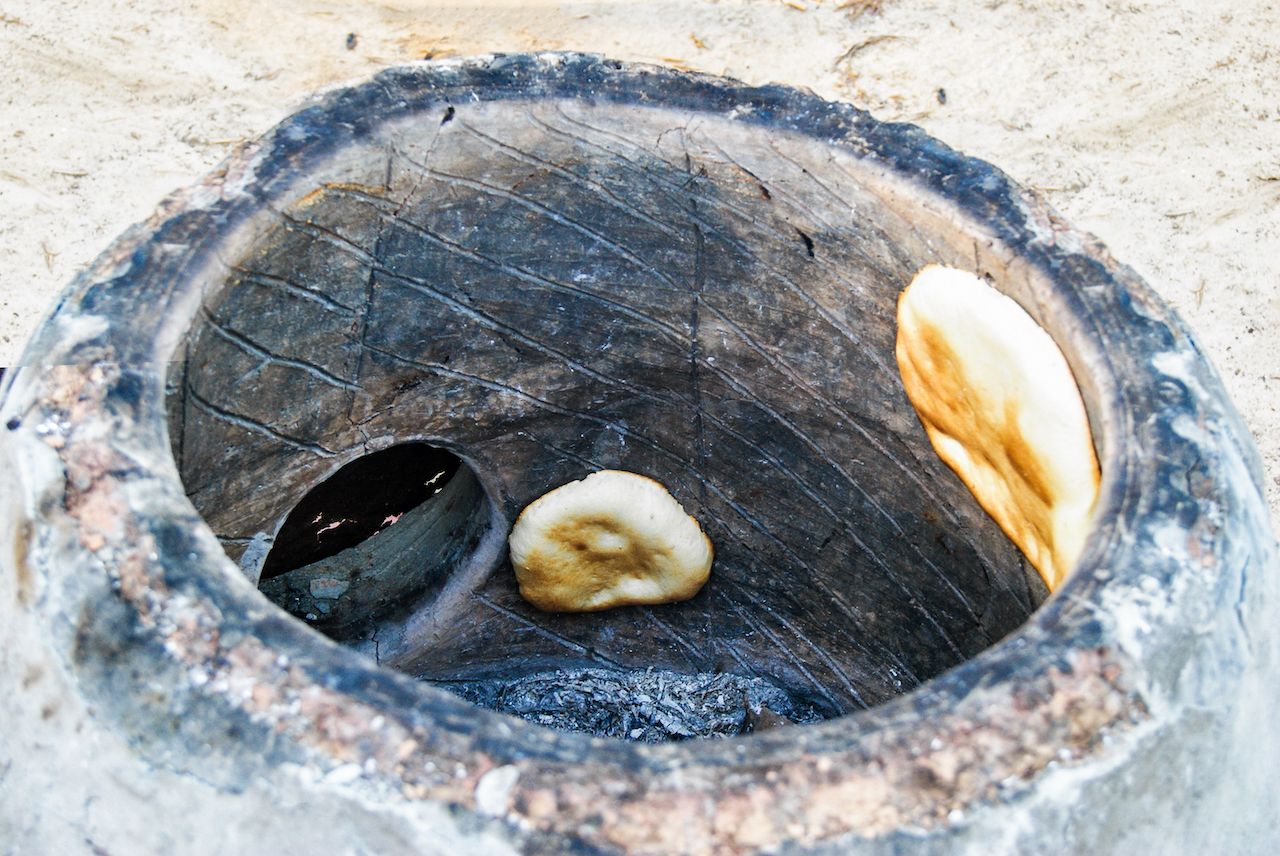 A tandoor is not like the rest of the underground methods on this list, but it is traditionally underground. A tandoor is a clay urn-shaped oven that can be as short as three feet or as tall as 21 feet. It’s often buried to the rim, which has a small lip. A charcoal fire is lit at the bottom of the tandoor and then spiced meat, often chicken or lamb, is cooked inside vertically. Bread dough is pushed on the sides to cook.

The tandoor is believed to have originated in the Middle East, and there are versions throughout North Africa and Central Asia. In Morocco the clay oven is called a tandir while in Turkey it’s called a testi. Perhaps the most widespread, however, is the Indian tandoor.

Tahiti uses its natural environment to its advantage for its underground pit barbecues. The hole, which can be as wide as some other styles are deep (three to six feet), is filled with volcanic rock that’s heated by a wood fire before used to cook pork and vegetables. The meat and veggies are wrapped in large leaves, covered with more leaves, burlap, and soil, and then steam cooked for an afternoon.