Thinking about fall in New England typically conjures wistful images of the vibrant colors found along Maine’s woodland roads. Maine is great, but its scenic northern regions can be difficult and inconvenient to access for a traveler strapped for time. The good news is that you don’t have to venture too far from Boston to experience the best of fall in New England.

Just under three hours west of the city, the Berkshires is a rural region in the mountains that’s defined by its rugged scenery and the bucolic villages scattered throughout the area. It’s the perfect destination for hiking, leaf peeping, and exploring historic towns, and its proximity to Boston makes it a manageable day trip for anyone near the city. Here are a few Berkshires road trip itineraries for any traveler looking to get the most out of fall in New England.

This route begins on Main Street in Great Barrington and follows Route 7 North over the Housatonic River. After the river, you’ll pick up Route 23 East, which leads into the mountains and woodlands that have proven popular among hikers and visitors looking for outdoor adventure. You’ll soon come to the town of Monterey where you can stop and explore the small community. From Monterey, head north to Tyringham, which is defined by its colonial farmhouses, before driving west to Stockbridge, which is famous for being the former home of artist Normal Rockwell. 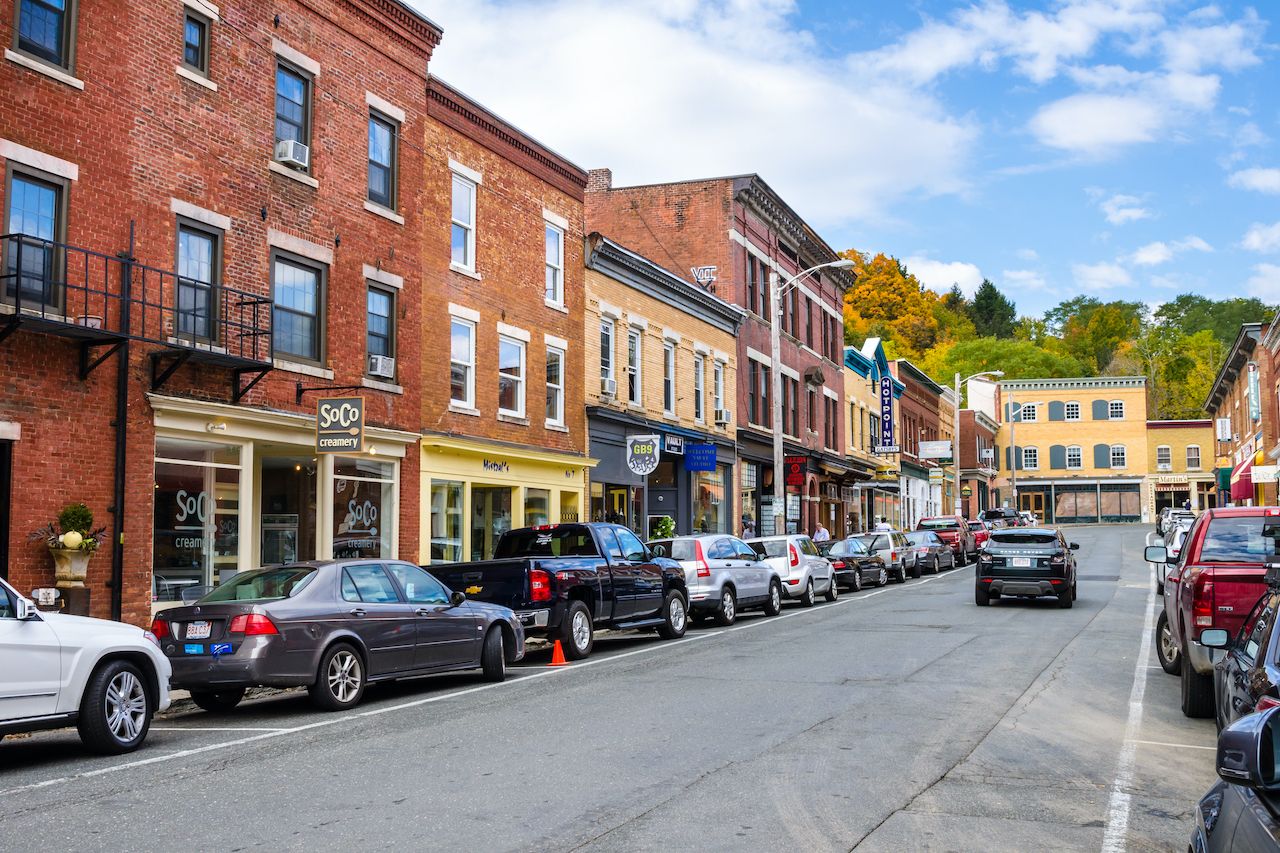 You could easily spend the entire afternoon strolling the town’s historic Main Street, including the iconic Red Lion Inn, which has been open for more than two centuries. The town is also known for its stately summer cottages that were built by wealthy families during the Gilded Age of the late 1800s. Leave Stockbridge via 183 South and take the scenic ride back across the Housatonic River, which passes through the sleepy villages of Glendale, Housatonic, and Risingdale before ending where you started in Great Barrington.

This road trip begins in the historic Park Square in Pittsfield. From there, drive north on Route 7 passing Pontoosuc Lake and consider making a pit stop for the panoramic views. There are several public beaches and sail boat, jet ski, and canoe rentals here, so you could easily spend a whole afternoon relaxing by the lake if you’re not strapped for time. Continue on Route 7 until Route 8 North past Lanesboro, which you’ll follow through Cheshire and Adams. In Adams, it’s popular to take a bicycle along the Ashuwillticook Rail Trail that runs parallel to Route 8, with scenic views of the lake and mountains. 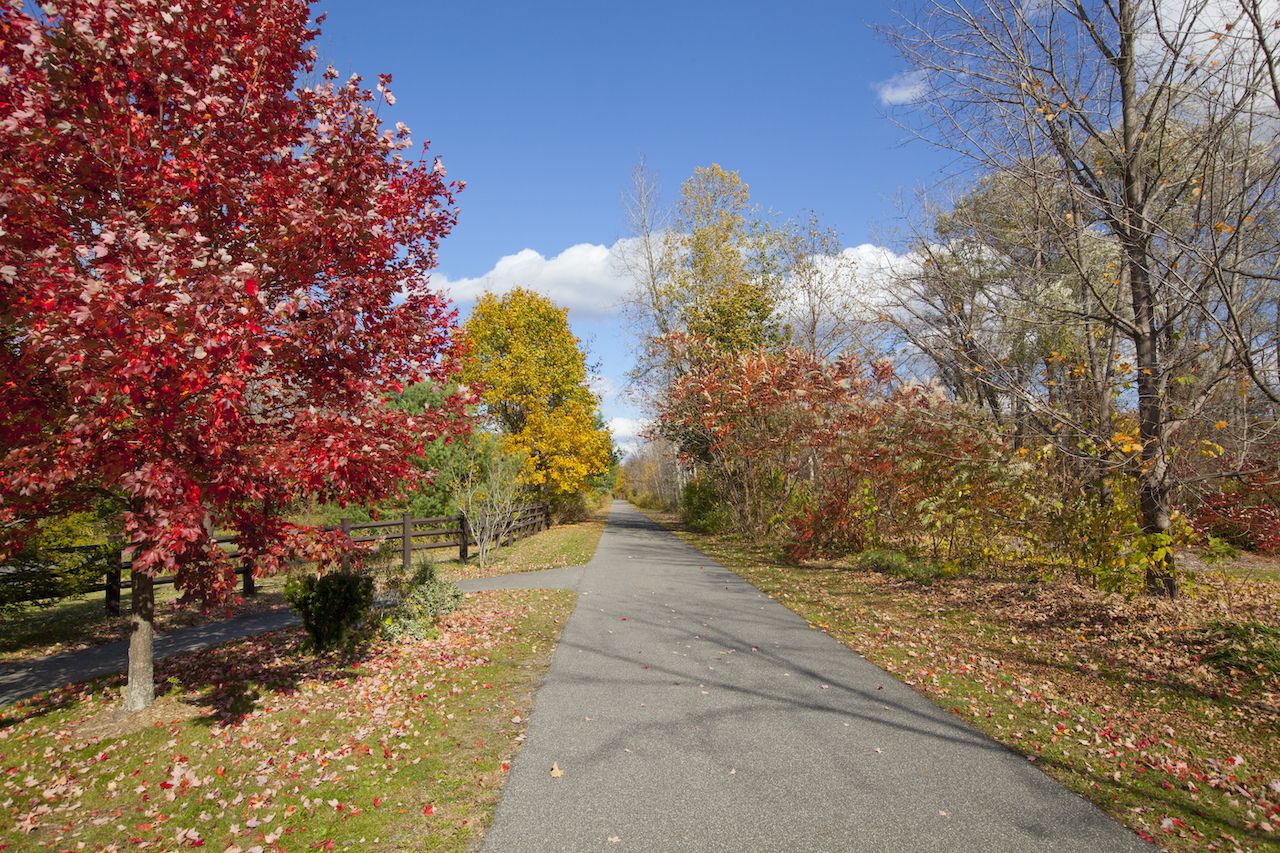 Upon leaving Adams, turn onto Route 116 East and plunge into the area’s rural farmlands and forests. Windsor Jambs and Windsor State Forest are popular areas for hiking and camping, and are particularly known for the dramatic waterfall tumbling next to Windsor Pond. Emerging from the forest, follow Route 9 South through the historic towns of Windsor and Dalton before returning to Pittsfield.

The Southern route through the Berkshires is one of the best for glimpsing fall foliage. This route through the mountainous back roads begins in Sheffield, the southernmost town of Berkshire Country. It’s also the oldest, settled in 1725. Once you’ve thoroughly explored Sheffield’s antique shops, head north on Route 7 to Great Barrington, then turn west onto Route 23 toward South Egremont. From here, follow Route 41 South to Mount Everett State Reservation and Bash Bish Falls, where you’ll find walking trails leading to stunning waterfalls. The reservation is one of the most popular destinations in the Berkshires for leaf peeping, with several trails around Mount Everett that are surrounded by the season’s changing colors. 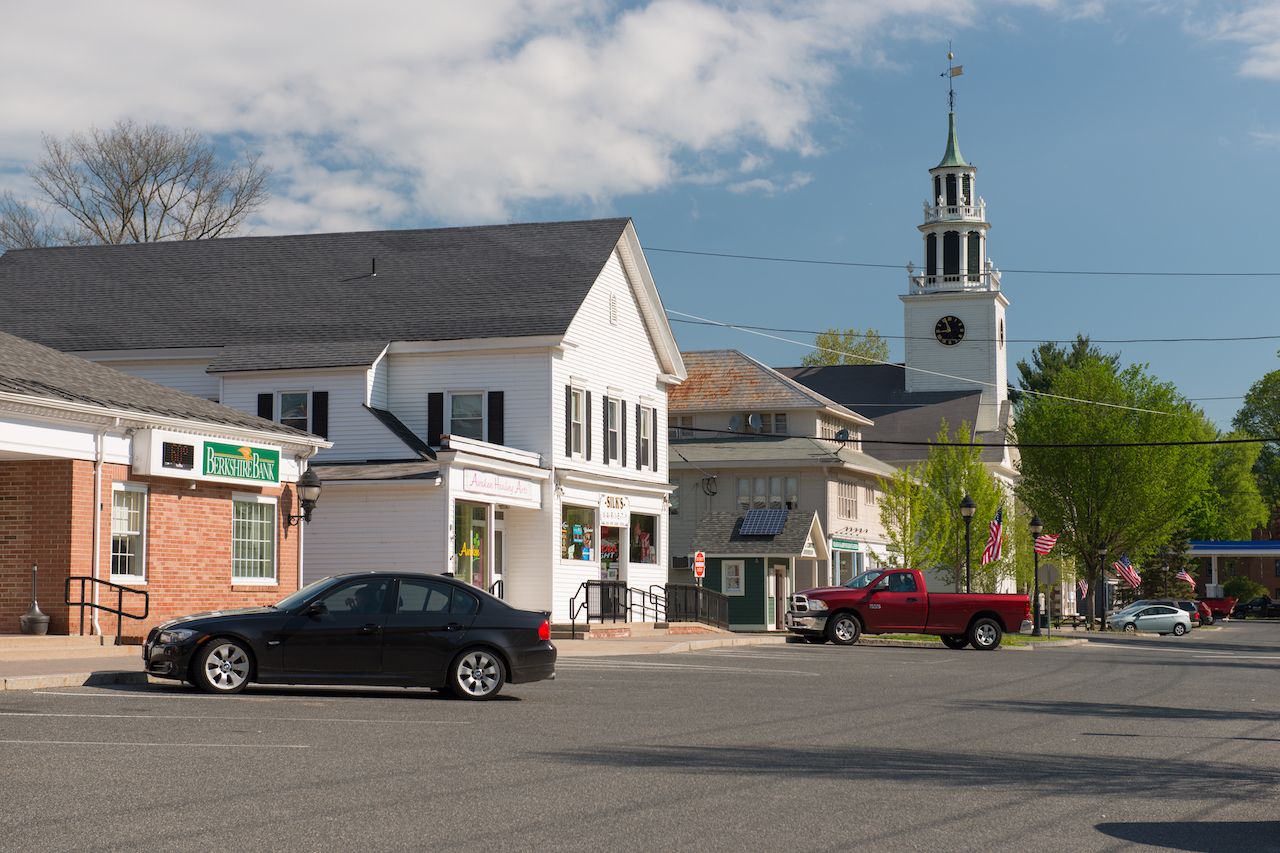 Returning to Route 7 and head south to the village of Ashley Falls, which is known for its historic preservation and nature trails, before continuing to Mill River, an old New England farming village that retains much of its colonial charm. From Mill River, simply follow Route 7 South back to Sheffield. This route is a perfect balance of historic towns and scenic views, taking you through some of the area’s most rural geography.

The highest point in Massachusetts, Mount Greylock is the ideal place for viewing the sweeping Berkshires region. But don’t worry, you don’t actually have to hike to the top. There are a few driving routes that afford visitors memorable and panoramic views of the area and the beauty of the mountain itself. One of the most popular driving routes begins just north of Lanesborough on Route 7. Rockwell Road leads 10 miles up to the top of the mountain, but don’t just make a beeline for the summit. 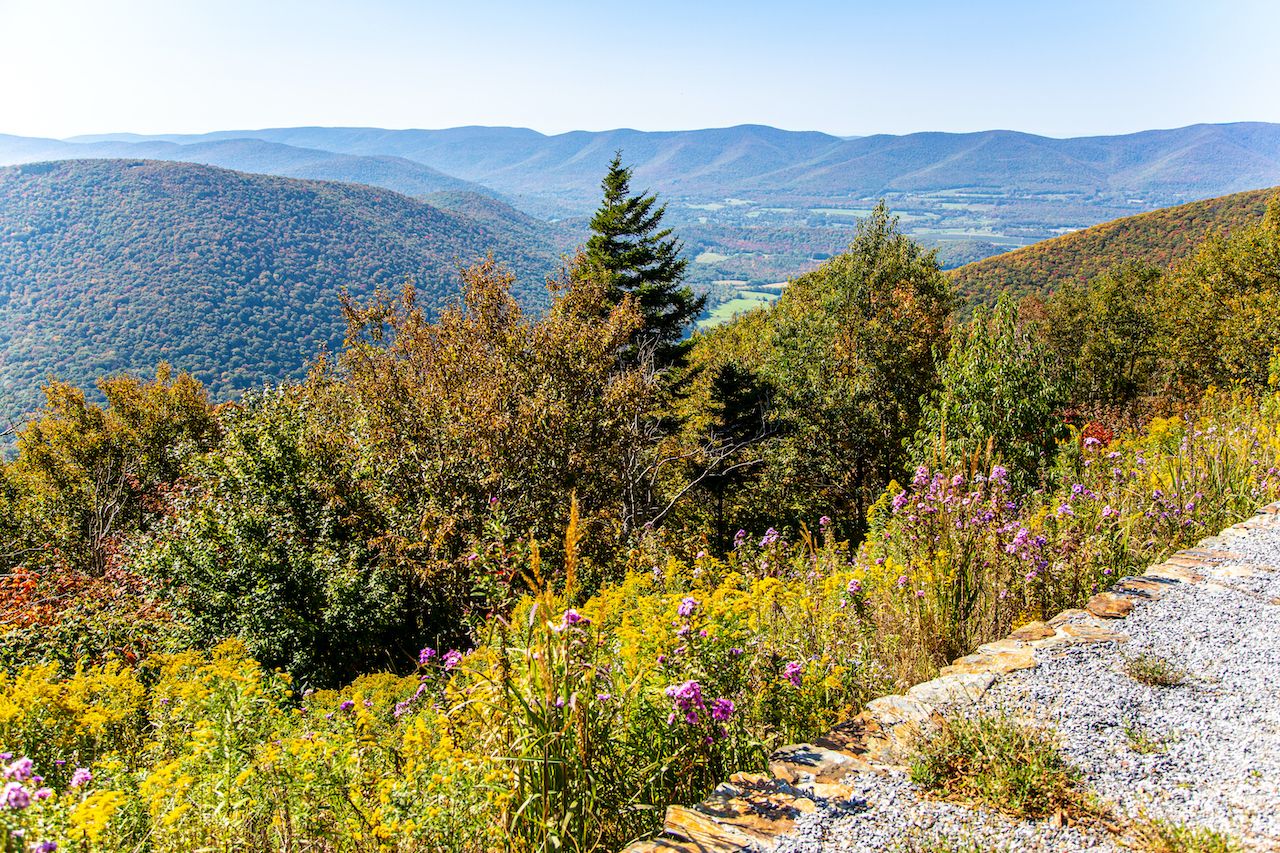 Partway up you’ll see a steep meadow, which is the southern slope of Saddle Ball Mountain. Several foot trails cross the summit of Saddle Ball Mountain and continue to cross Mount Williams and Mount Fitch to the north. The Cheshire Harbor Trail, which starts on West Mountain Road in Adams, is probably the most popular, so you can certainly spend plenty of time exploring this mountainous area before even thinking about summiting Mount Greylock.

As you continue on, you’ll come across the former location of New Ash Fort, which was once used against Native Americans in the 1760s. Heading farther uphill on Sperry Road, you’ll reach the Stoney Ledge lookout with views of the Hopper, a wooded canyon bisected by a brook. Back on Rockwell Road, you’ll finally reach a paved access to the summit of Mount Greylock, marked by the War Memorial Tower — a 90-foot granite tower built as a memorial to fallen Massachusetts soldiers. From here, you’ll have sweeping views of Mt. Monadnock in New Hampshire, the Green Mountains in Vermont, and the Adirondacks and Catskills in New York.

Outdoor7 Underrated Spots for the Best Fall Foliage in the US
Tagged
National Parks Road Trips
What did you think of this story?
Meh
Good
Awesome