In the United States, street food is a central part of our culinary landscape. We’re lucky enough to have hot dog and halal carts, food trucks that serve all manner of cuisines to go, and roadside stands that offer hamburgers and ice cream cones. South Korea has a similar love affair with street food, where casual meals are sold from vendors called pojangmacha.

Pojangmacha street food vendors are a relatively new tradition in South Korean culinary history that’s only been around for 60 years. There are many legends regarding the origins of pojangmacha tents, the English translation of which is something close to horse drawn wagon or cart. Some accounts say that the street food stalls are modeled after Japanese yatai, a type of mobile street food cart, while  others claim that pojangmacha are more closely related to horse drawn food carts that have existed in Korea since at least the 14th century. But most people agree that pojangmacha vendors appeared as the Japanese occupation of Korea came to an end in the 1950s.

No matter how long these street food stalls have been around in some form or another, pojangmacha have become a staple of the food scene in big cities, especially Seoul. In fact if you watch a lot K-dramas, you might notice pojangmacha stalls pop up in scenes where the characters are drinking away their sorrows. Fans of the smash hit Netflix show Squid Game will recognize the familiar red tarps of a pojangmacha, too: The main character Gi-hun takes his daughter out for tteokbokki in one of the red tents on her birthday.

If you’re passing through the country, a stop at a pojangmacha tent to sip soju and confess your innermost thoughts and feelings over platters of fiery hot tteokbokki is an absolute must. Here’s everything you need to know about visiting a pojangmacha, including where to find them and what to order. 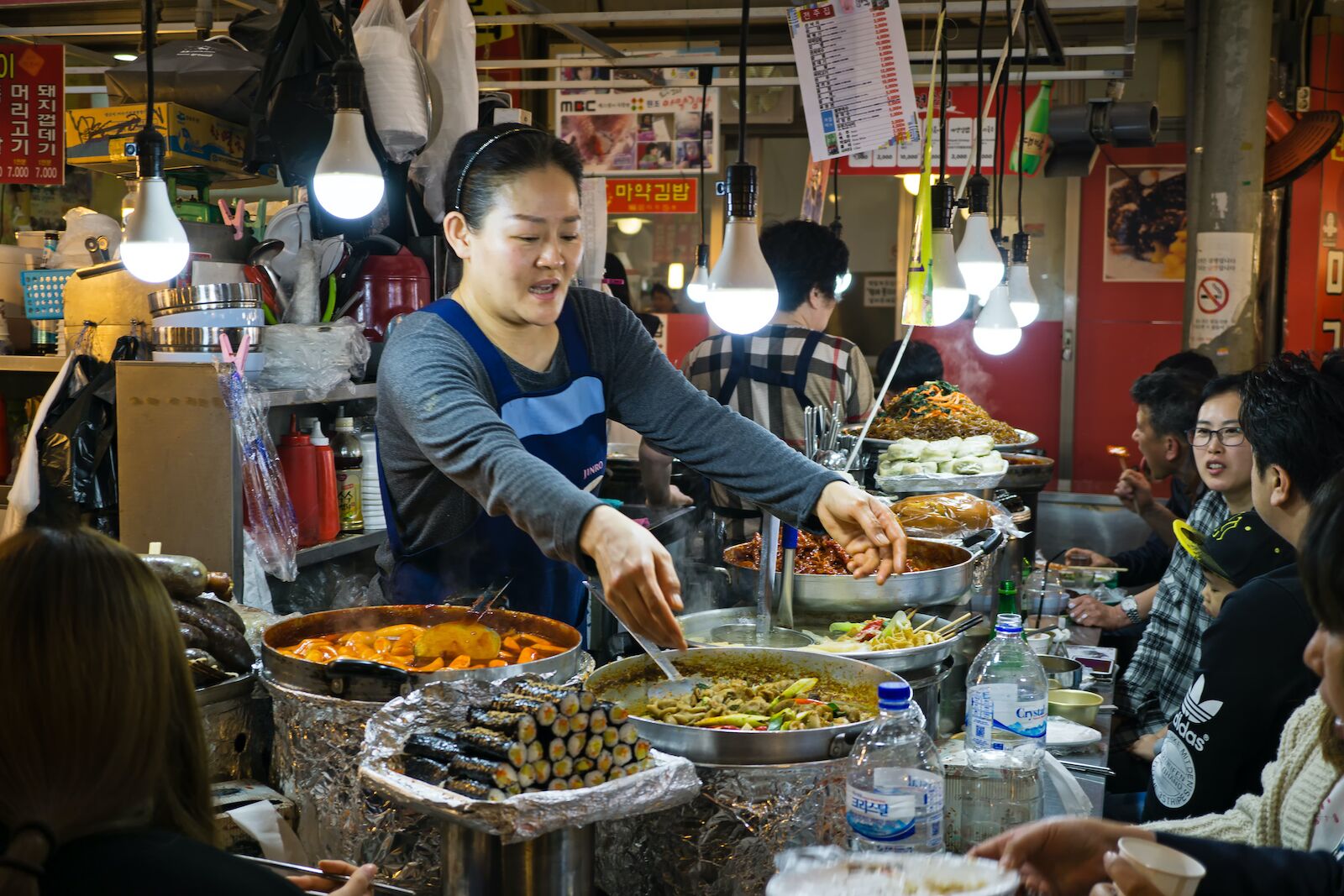 While visitors to big cities like Seoul, especially those coming from the West, might be used to street food snacks that are sold from cart, a pojangmacha has one stand out characteristic that makes it unlike most other street food stalls in world: They are outfitted with plastic tarps, hanging from each side, which makes a pojangmacha more like a food tent than a food stall. Underneath the tarps plastic stools might be set up around the counter where the owner is serving food, while some larger pojangmacha tents might have tables available.

Groups of pojangmacha are concentrated most heavily in Seoul’s Jongno District, home to the Gwangang Market and so-called food alleys, where vendors focus on dishes like rice cakes and baby octopus. According to The Korea Herald, “nostalgia and the informal atmosphere of the makeshift bars always seem to draw those going out for a quick drink.”

In fact, these food stalls are famous as not just bars but judgment-free confession booths, where Korean people feel comfortable throwing back glasses of soju and getting emotional, rowdy, and sentimental — or all of the above. One travel blogger even referred to a pojangmacha as a mobile “​​psychiatrist’s office.” As for the clientele, you’ll see both young Koreans winding down from a night on the town and older Korean people, too, who remember when there was pojangmacha on every corner.

Unfortunately, in the last ten years or so, pojangmacha have become much less common in Seoul. In her video exploring pojangmacha, Youtuber Kring Kim and a friend explain that pojangmacha have mostly been banned by the government because they block traffic.

What to order at pojangmacha 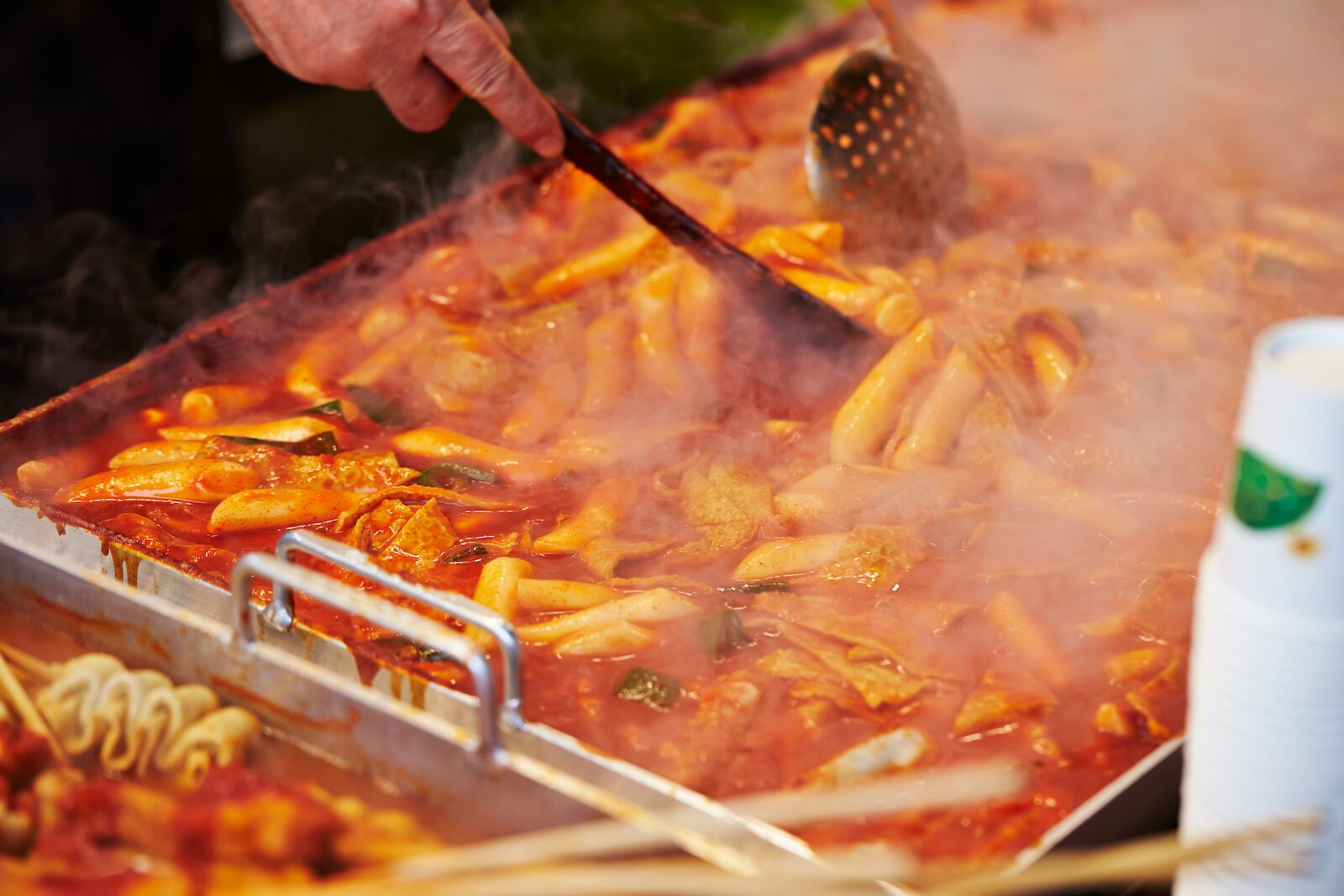 Before tourists stop by a pojangmacha tent, they should know that vegetarian options are limited. But there is good news for visitors from out of town: In her video Kring Kim shows a menu that lists food items in Korean and English.

It’s also common to crack open a bottle of soju while tucking into your meal, so you’ll probably see a lot of late night snackers and bar hoppers bringing the party to a second location if you stop by a pojangmacha at night. In fact, most of the snacks served in pojangmacha tents are categorized as anju – food that is meant to be served with alcohol.

Dakkochi: Scallions and pieces of chicken grilled on a skewer and coated in a sticky sauce made from soy sauce and gochujang. 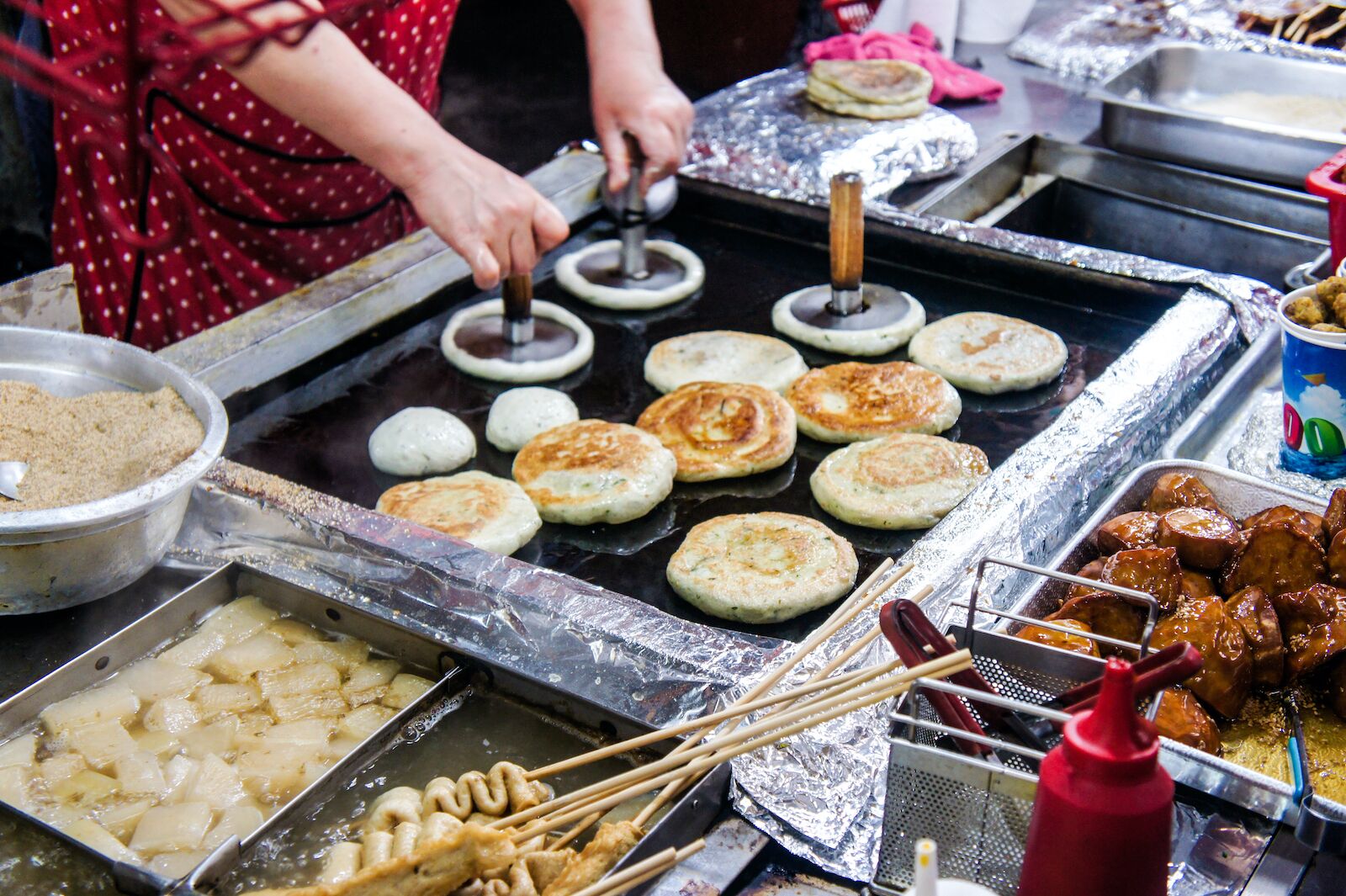 Ho-tteok: Crispy pancakes filled with cinnamon and brown sugar cinnamon that can also be found in green tea flavor and with savory fillings like kimchi.

Gimbap: These seaweed and rice rolls might look similar to sushi but what differentiates them is that they are filled with cooked ingredients, like bulgogi, ham, cheese, kimchi, fried egg, and fish cakes.

Sundae: The Korean version of blood sausage, made from pork blood mixed with dangmyeon, or vermicelli noodles. 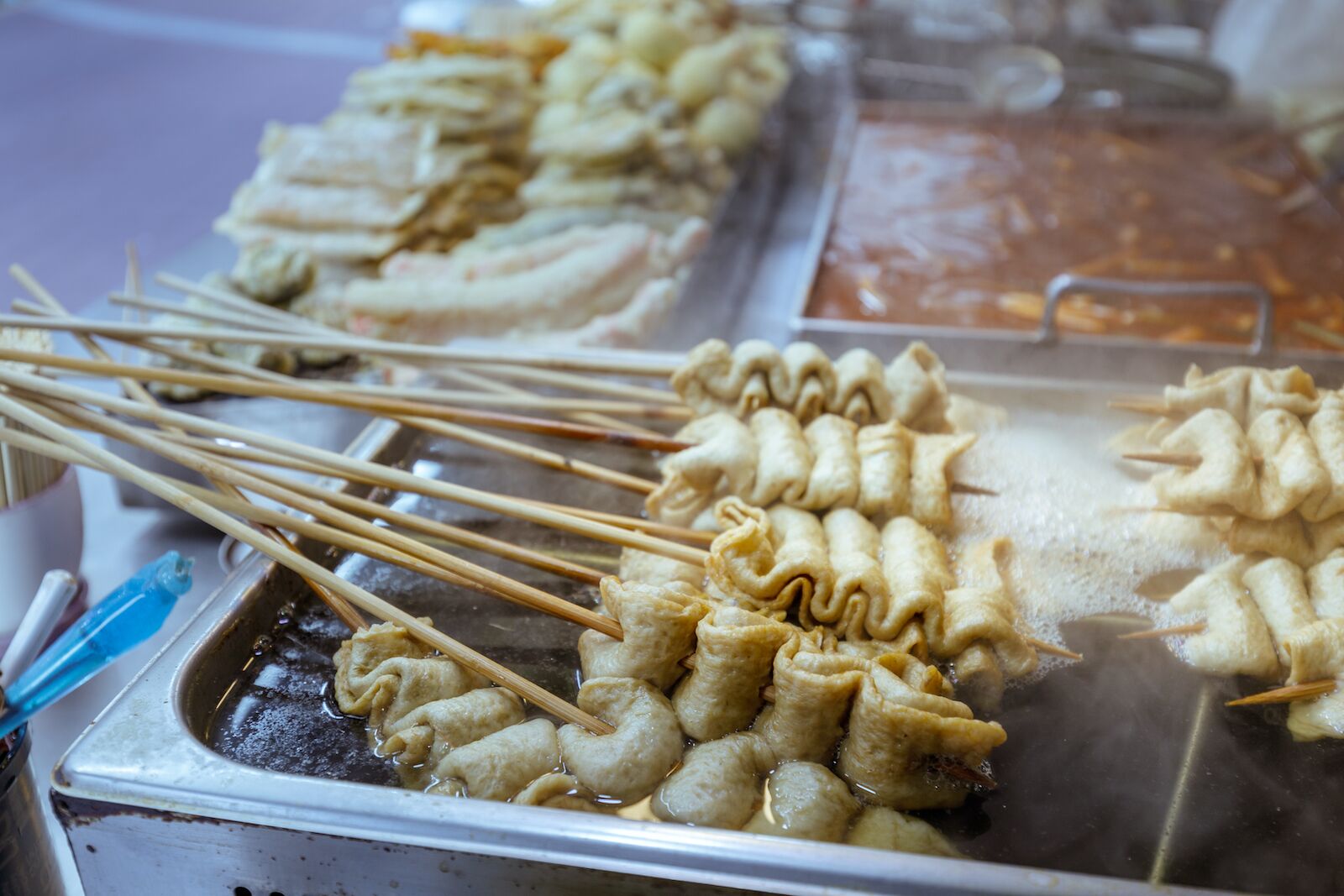 Odeng: This variety of Korean fish cake (made from white fish like cod or pollock) is typically cut into strips and served on a skewer, alongside a cup of simple borth seasoned with ingredients like kelp or radish.

Gyeran-mari: This rolled egg dish is filled with chopped root and scallion and is especially popular around lunch time.

14 Things That Happen When You Move To South Korea

11 Seoul Street Foods and Where To Find Them