“Gotta Catch ‘Em All” is more complex these days than it was back in the ’90s. Instead of just 150 Pokemon, there are almost 1,000, and for many of us the simple days of playing Pokemon Red and Blue on a GameBoy is a thing of the past. That’s why this Pokemon-themed plane is the perfect way to hearken back to a simpler time. 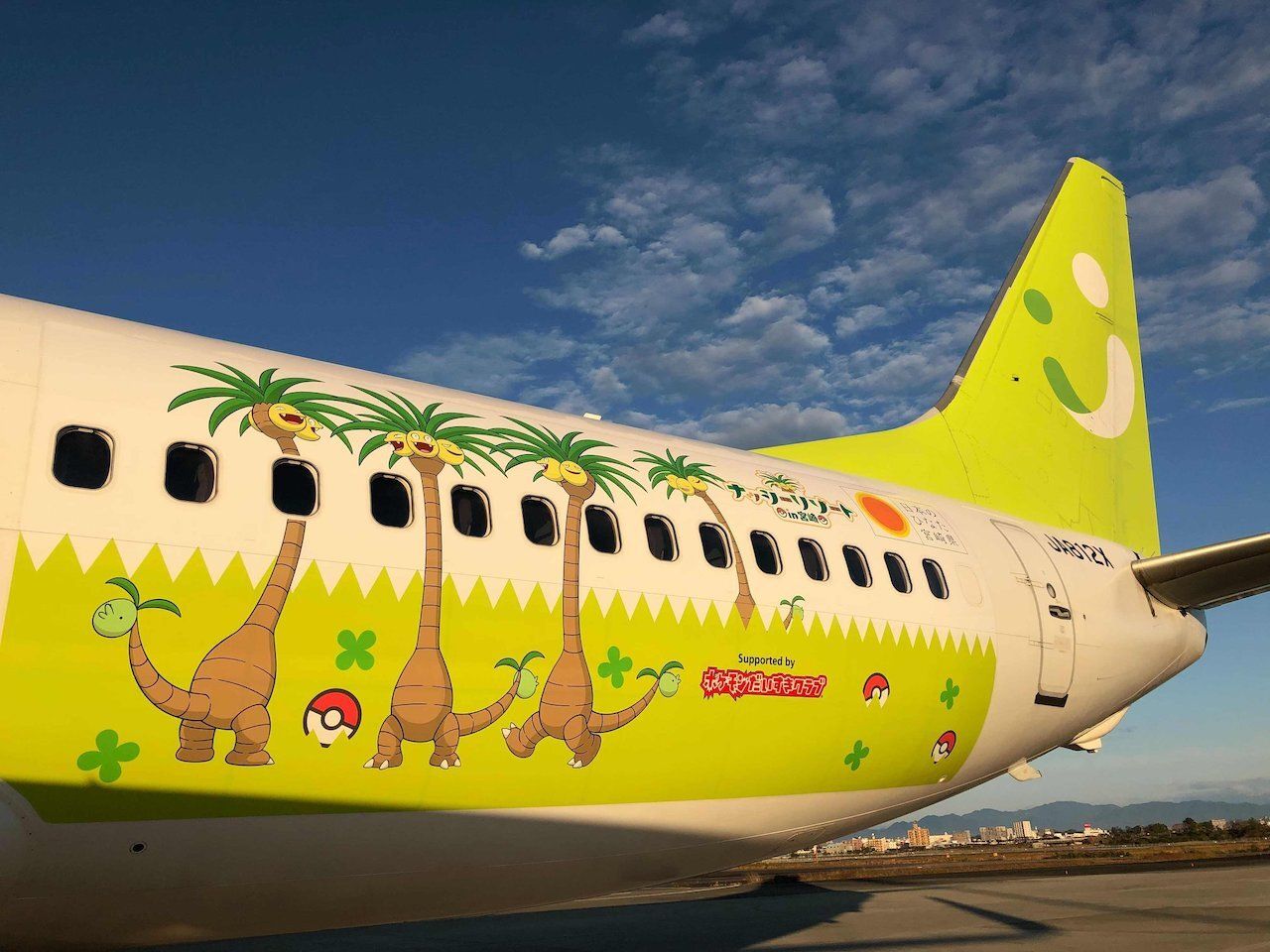 Japanese carrier Solaseed Air, based on the island of Kyushu, debuted a Pokemon-themed plane on December 19 as part of a tourism collaboration with The Pokemon Company and various regions of Japan. The first flight took off from Miyazaki City to Tokyo’s Haneda airport.

Each Japanese prefecture is assigned a specific Pokemon, and a plane to go along with it, so wherever you travel in the country your Pokemon experience will be different. Eight prefectures have already joined the partnership, CNN reported.

Miyazaki Prefecture’s Pokemon, for example, is Exeggutor, who is featured on the plane’s livery and interior decor. Exeggutor also appears on buses in the prefecture. Other characters include Slowpoke in Kagawa and Chansey in Fukushima.

The Pokemon-themed planes and buses will operate at least through the end of 2021.

Airports + FlyingThe 7 Coolest Airplane Liveries in the World and the Stories Behind Them
Tagged
Airports + Flying News Japan
What did you think of this story?
Meh
Good
Awesome