Prostitution is a touchy subject for Americans, many of whom are descended from puritanical immigrants who fled Europe’s liberal ways. Still, with more than 12 million visits made by American to Europe in 2016, it is clear that we remain attached to the home of mouldy cheese, deaf 18th-century composers, and accordions. This is a little surprising considering that Europe is also home to some of the most progressive (and, in Germany’s case, oldest) prostitution laws in the world.

However, legalized prostitution and sex workers are received very differently depending on which country you are in. While Germany and other Central European nations have fully legalized and regulated brothels, selling sex in Serbia is punishable by €330 or 60 days in jail. Other nations, including France and Ireland, have legalized the selling of sex but not the purchasing. It’s all a bit of a mixed bag, but as Americans are split on whether to legalize the “oldest profession”, it might be helpful to look at how other nations are approaching the problem (with varied results).

Thankfully Jakub Marian, who is a Czech mathematician, author and graphic designer, has put together this map of Europe detailing each country’s sex industry laws. For a more detailed breakdown, check out his website. 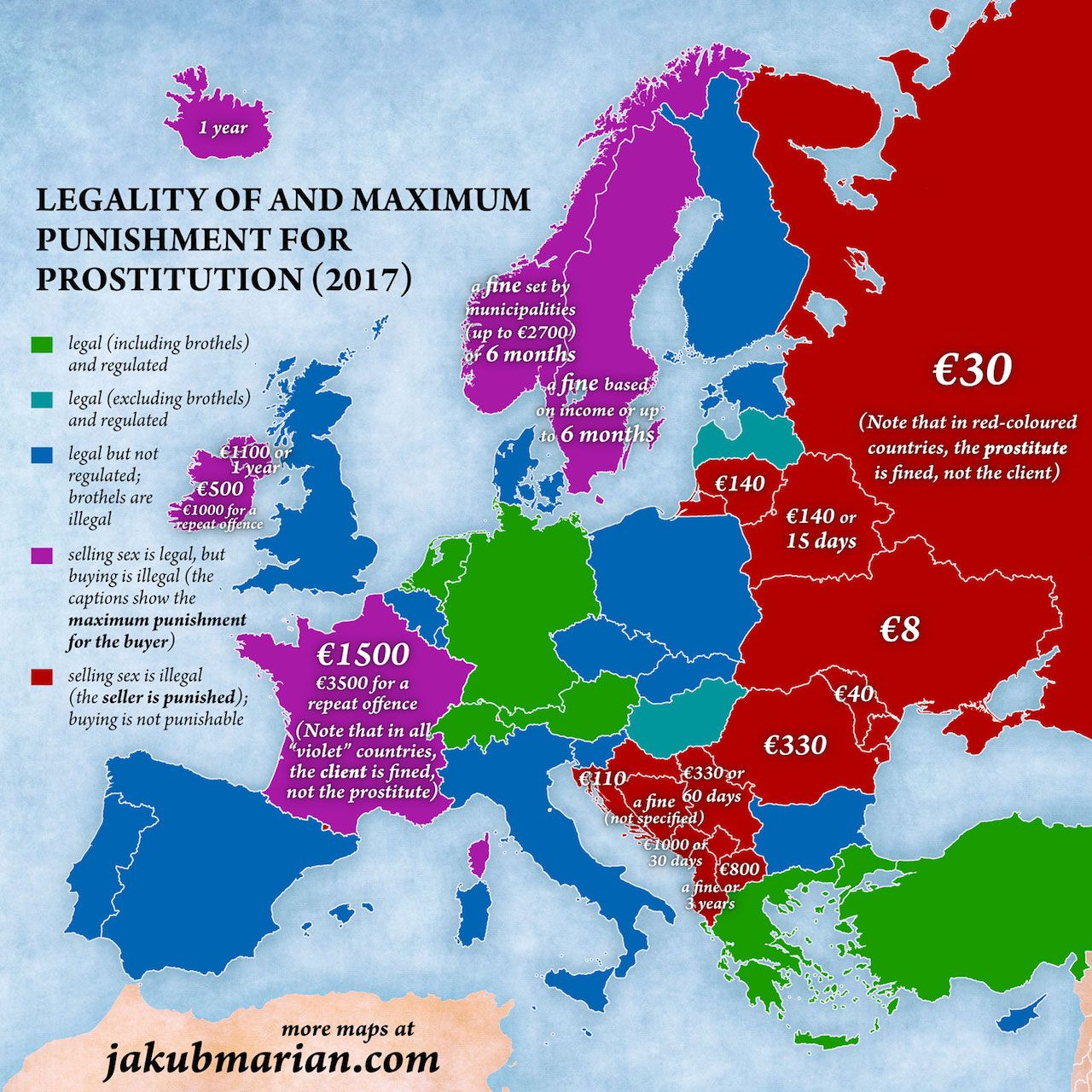 TravelLegalized Prostitution Is a Mess. Here’s Why It Has To Happen Anyway.
Tagged
Maps + Infographics Europe
What did you think of this story?
Meh
Good
Awesome