Like many people who studied abroad and is now in their early 30s, I too, visited Amsterdam while gallivanting around Europe 10 years ago. Also like many, what I recall consists mostly of booze-induced memories at cheap shot bars and seedy hostel rooms in the touristy part of town. A recent opportunity to see the city as a somewhat more mature adult at one of the city’s most unique accommodations has given me a different viewpoint on Amsterdam.

For those looking to experience an attainable taste of luxury in the Venice of the North, Pulitzer Amsterdam is where it’s at. This lifestyle-focused hotel is located in one of the city’s trendiest areas and comprises 25 connected 17th and 18th century canal houses, all of which are linked via tunnel to the hotel’s main reception area, on-site restaurant, garden, and speakeasy-style bar. But equally enticing for anyone wanting to fully experience Amsterdam is the hotel’s neighborhood.

Situated about a 20-minute walk from Amsterdam Centraal Station, Pulitzer is found in the Nine Streets neighborhood, locally known as Negen Straatjes. Named for the number of streets that run between the Prinsengracht and Singel canals, this quaint and cozy neighborhood is home to a number of cafés, restaurants, and boutique shops. Here, you’ll find everything from frothy cappuccinos to handmade leather shoes. 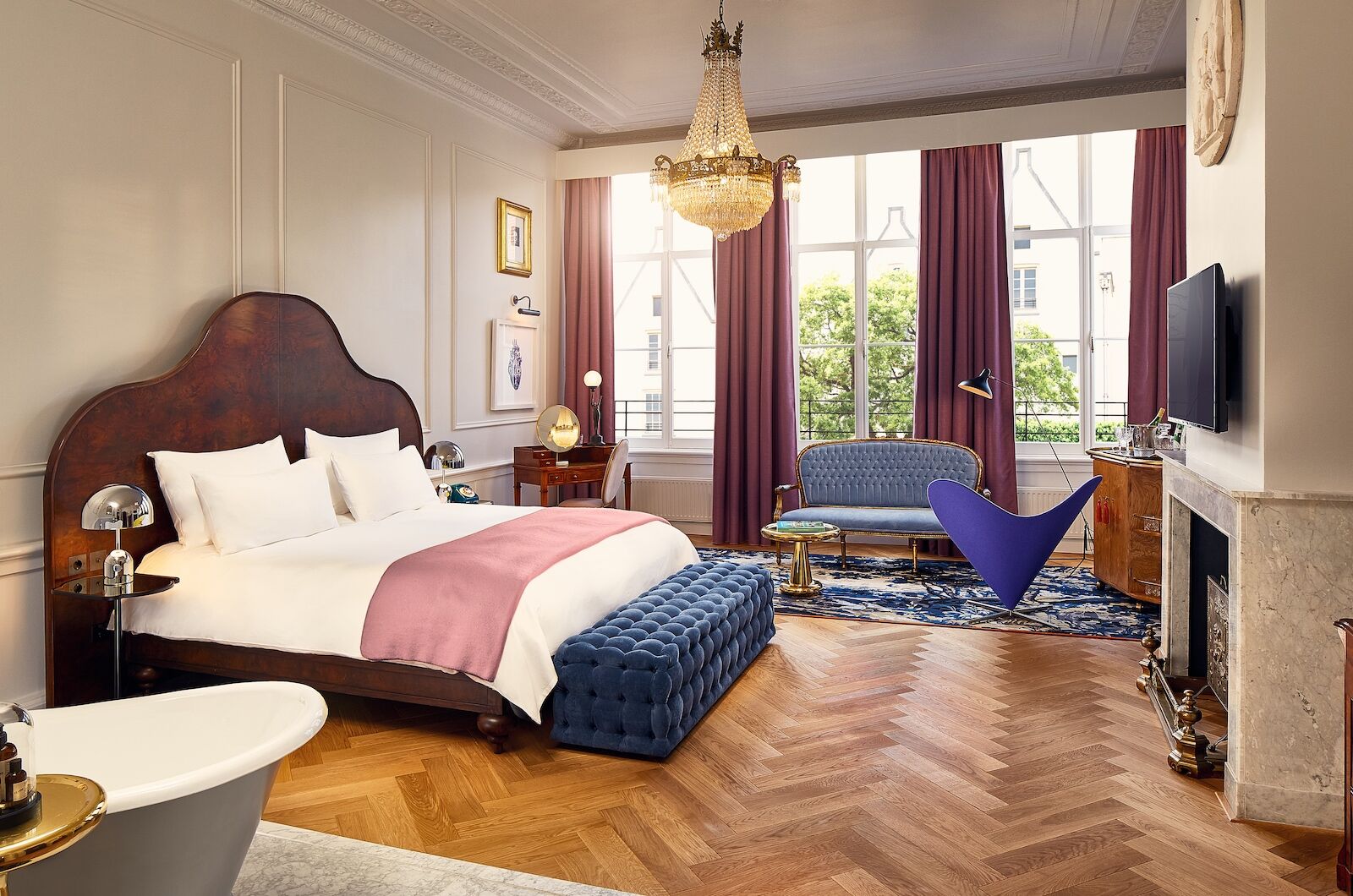 Pulitzer Amsterdam is an independent hotel in the heart of the Nine Streets neighborhood. The property’s 25 connected canal houses make for a total of 225 guest rooms, with peaceful inner gardens, numerous event spaces, and five incredible private suites that feature breathtaking canal views. The massive rooms have a mini bar, separate bedroom and reading area (private suites), in-room coffee, magazines, and more. The only thing better than the neighborhood itself? Its proximity to the city’s main tourist attractions, including The Anne Frank House, Van Gogh Museum, Rijksmuseum, and, of course, the Red Light District.

We hope you love the spaces we recommend! Just so you know, Matador may collect a small commission from the links on this page if you decide to book a stay. Listed prices are accurate as of the time of publication.

The amenities at Pulitzer Amsterdam 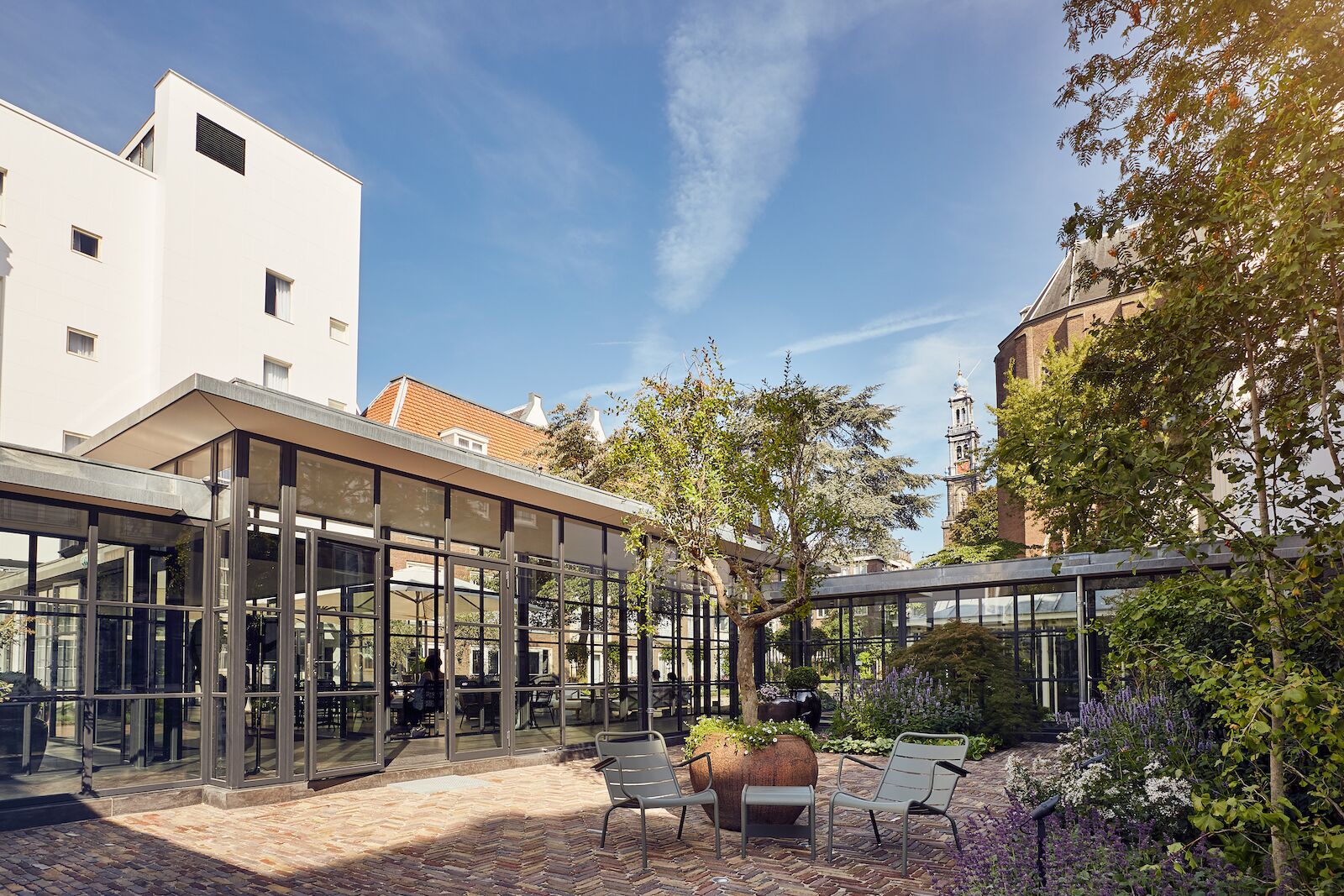 Despite its incredible location, the on-site amenities (as well as the absolutely stunning rooms) make it tempting to choose not to explore the city and simply post up at the hotel’s interior gardens. Grab a book, a coffee, and you’re all set. For something a bit stronger, the small-yet-buzzy wine bar between the garden and reception offers by-the-glass libations, and for those looking to counterbalance their nightly imbibing, Pulitzer also has a 24-hour gym.

My first night at Pulitzer, I hit Jansz, the hotel’s on-site restaurant, which is also accessible (and offers views over) the neighboring side street. The overall feel is light and breezy, and although I went on the earlier side, the place was already quite full. We had the North Sea crab toast and pea toast with goat cheese to start. Both were delicious, but the former outshined the latter. To follow, I indulge in the perfectly fluffy pea ravioli, followed by the carrot cake and peanut butter sundae – because one dessert for two people simply isn’t enough. Oysters, caviar, and grilled lobster are some of the restaurant’s seafood-focused offerings, while carnivores can take delight in steak and fries or the Jansz burger. 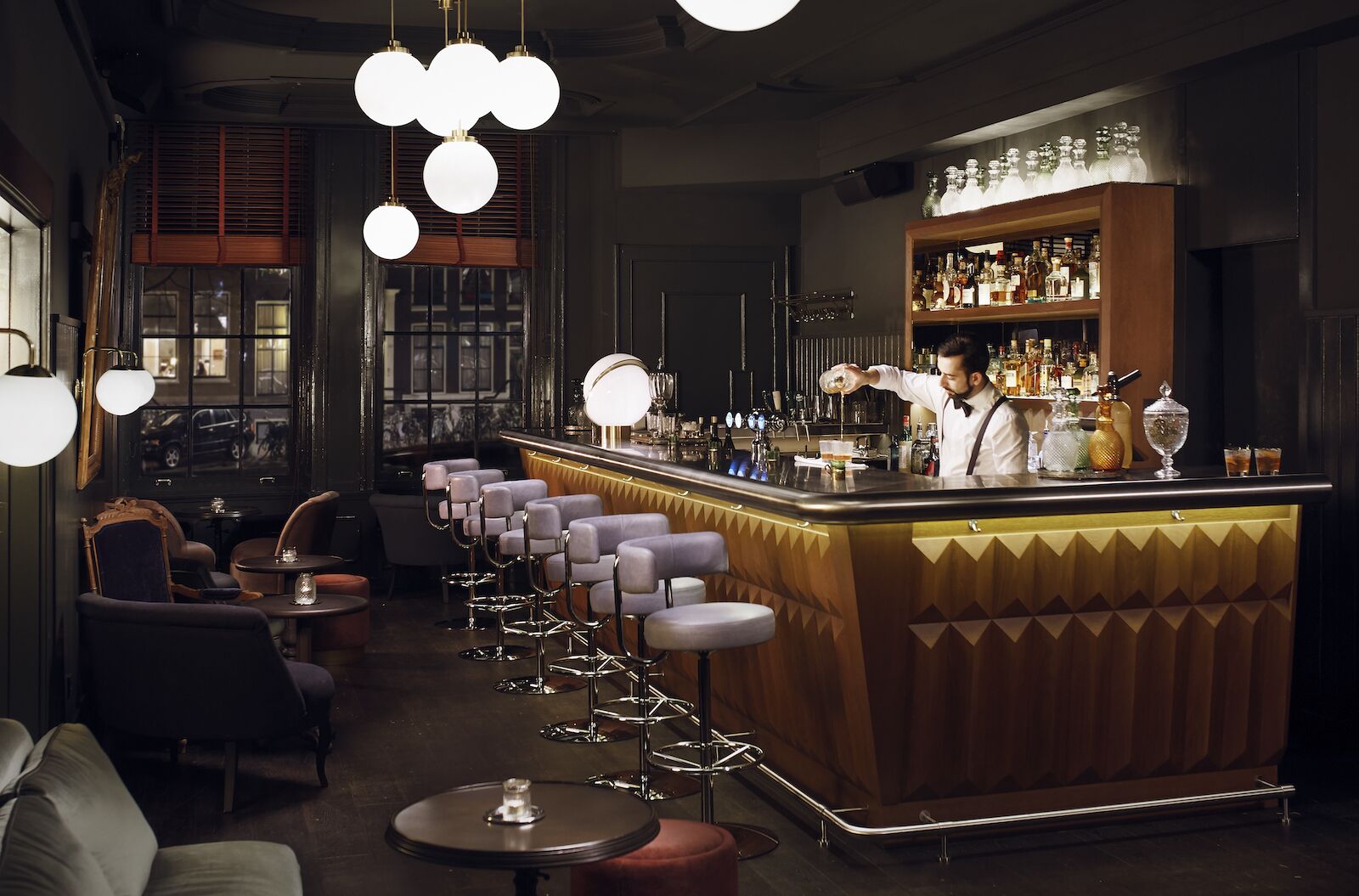 As much as I loved Jansz, the true gem of Pulitzer is its on-site cocktail joint, Pulitzer Bar. This glamorous, speakeasy-like cocktail bar has an epic list of artisanal, thought-provoking cocktails, and the staff also nails the classics without missing a beat. Although I didn’t order any food here, the complimentary crackers are probably the best bar snack I’ve ever had in my life – imagine the famous cheese straw squares from New York’s Bemelmans bar, but even better.

Whether looking for a chill experience in Amsterdam (said no one ever) or looking to relive some of your rowdy college nostalgia while sleeping a walking distance away from the noise, Pulitzer Amsterdam is the ideal place to rest your head.

How to get to Pulitzer Amsterdam 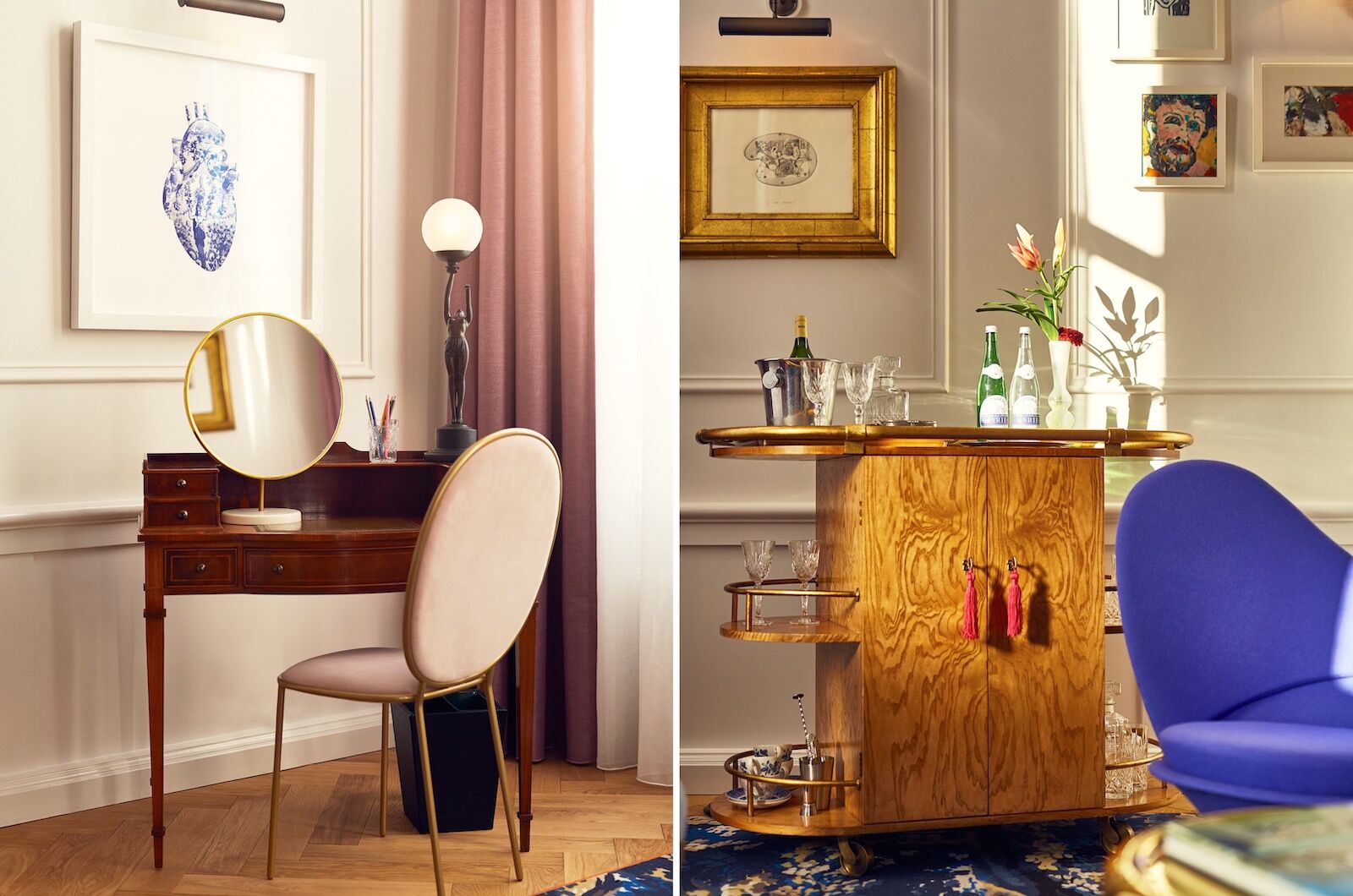 Once in the city itself, accessing the hotel via the Centraal Train Station by foot takes just 20 minutes, or a simple 5-minute cab ride. In terms of getting to Amsterdam, non-stop flights are available from the majority of major cities around the world, though once in Europe — particularly France, Belgium, or England — the fast train is a piece of cake.

Pricing starts at $396 / night during off season and climbs to just around $450 (give or take) during busier times.

FestivalsYour Photo-Filled Guide To Seeing the Best Tulips in and Around Amsterdam This Season
Tagged
Epic Stays Amsterdam, Netherlands
What did you think of this story?
Meh
Good
Awesome