The animal kingdom never ceases to surprise us. From hybrid marine mammals like the narluga to the unique pink manta ray recently spotted off the coast of Australia, there’s no telling what fascinating curiosity wildlife-watching will throw at us next. Even the best-known species have secrets of their own that regularly knock our socks off.

This stunning fox is a prime example. A melanistic variety of the commonly spotted red fox, sporting a magnificent red and black coat and a white-tipped tail, was spotted by talented photographer Sam Gaby in Newfoundland, Canada. 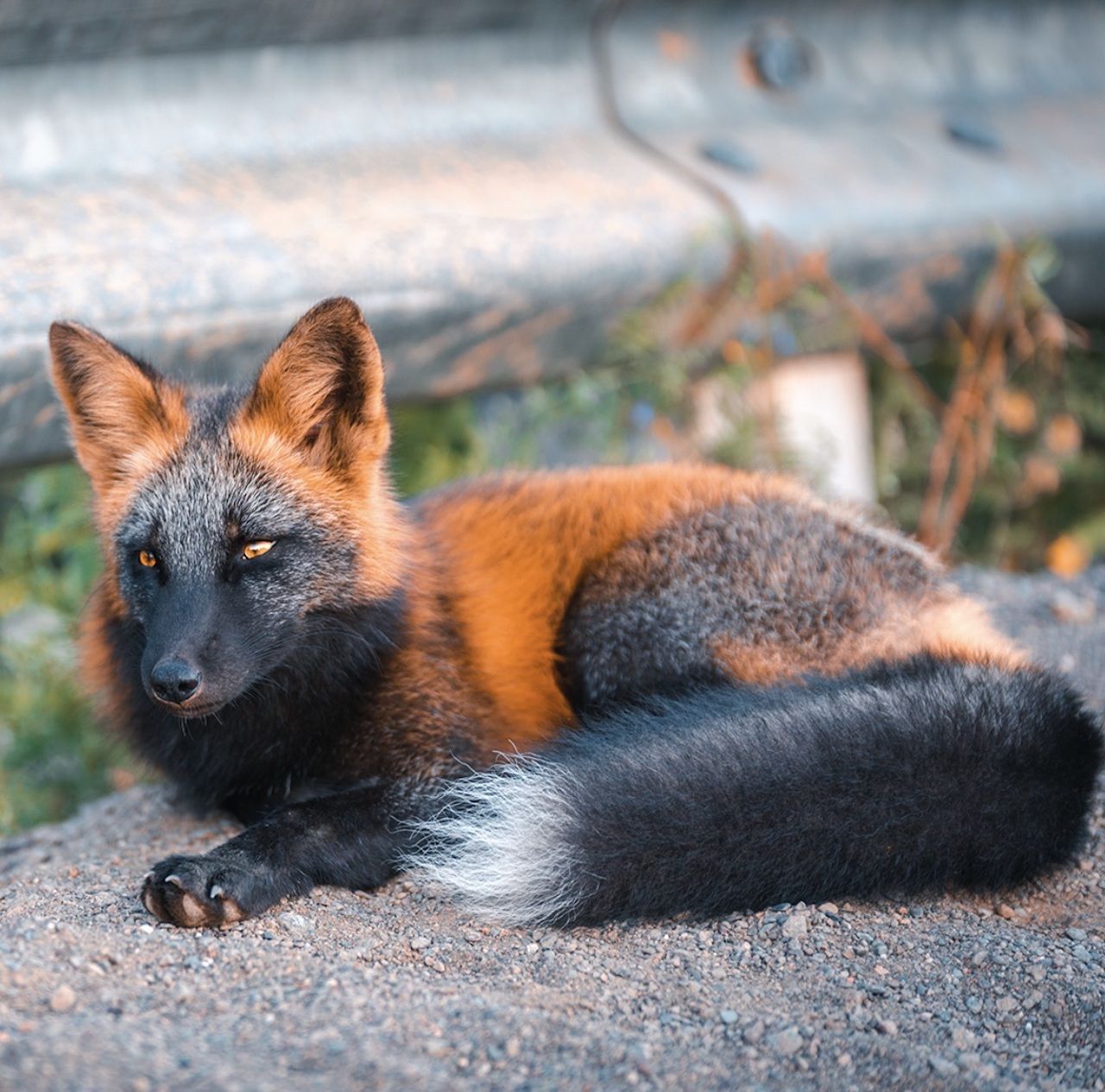 The coloring of the animal is unlike anything you’d expect, with a long dark stripe running down its back, crossing another stripe to form a cross over its shoulders. Fittingly, this variety is called the cross fox.

Gaby — an economist, policy adviser, and photographer — captured photos of the fox in the small town of Twillingate in Newfoundland. After spending weeks trying to accustom the animals to his presence, he was able to be close enough to capture these incredible shots.

“I actually lack words to describe the encounter,” Gaby told Matador Network. “It was very personal to interact with this fox almost every day. One thing struck me — how intelligent these creatures are. If I had to describe them it would be a fox’s exterior with a cat’s interior.” 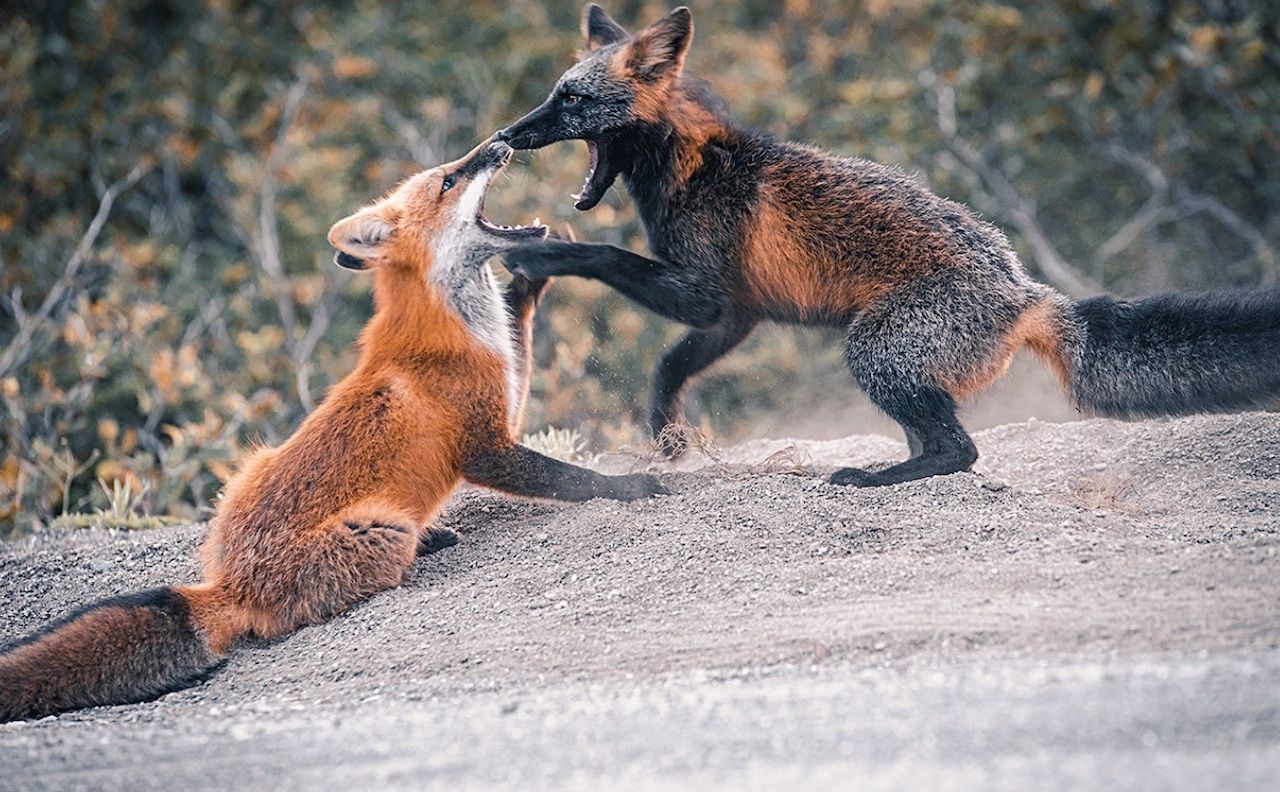 Red foxes, the species to which the cross fox belongs, is common all over the northern hemisphere and is very abundant, but spotting a cross fox and being able to take such beautiful pictures of it is still an achievement. 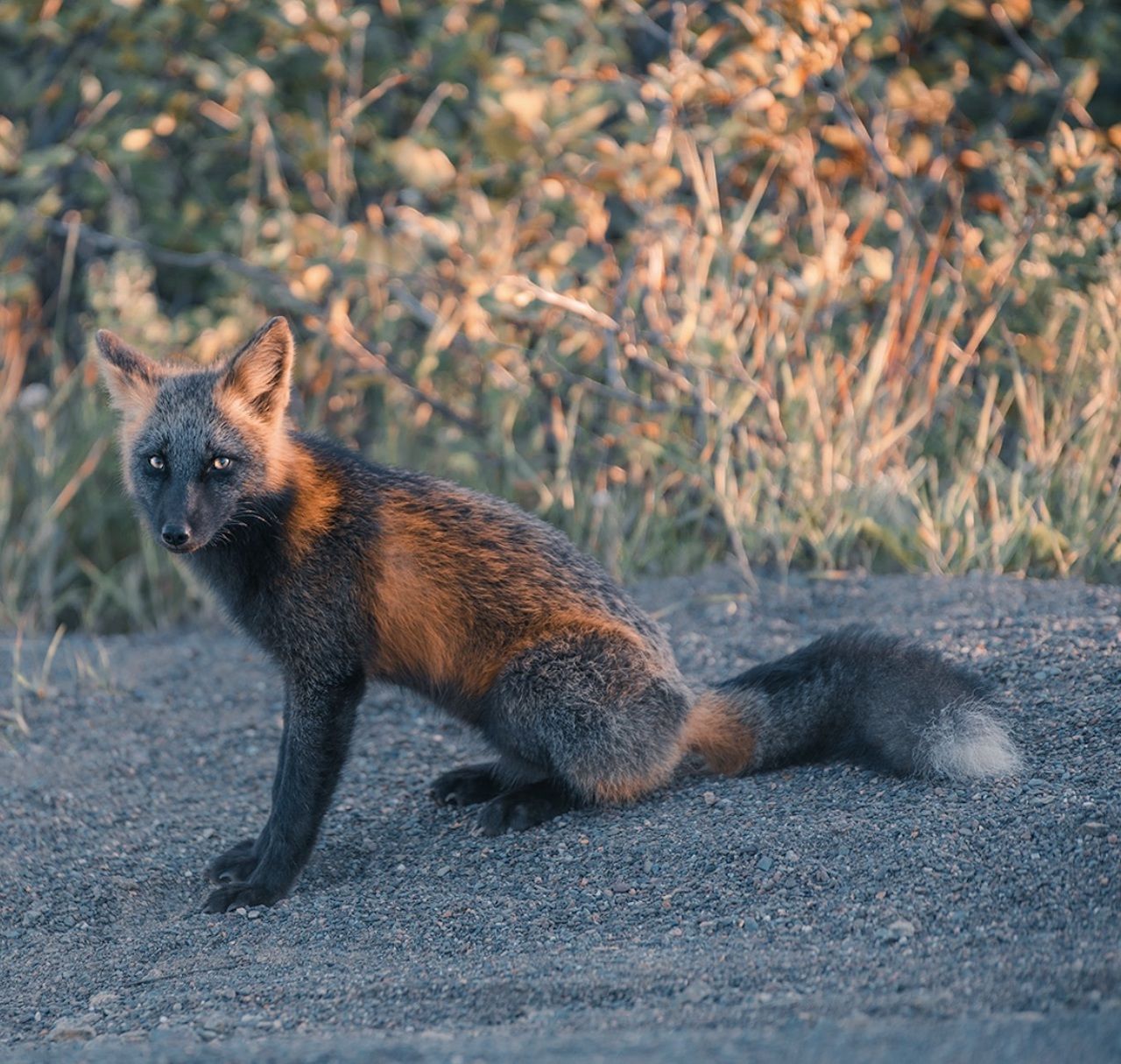 “The encounter was surreal,” Gaby told Bored Panda. “I spent almost eight weeks with these foxes, photographing them almost every day. As you can see, the foxes look very relaxed, with no sign of stress on their faces.”

Travel8 Tips for Taking Amazing Wildlife Photos
Tagged
Wildlife
What did you think of this story?
Meh
Good
Awesome