If you ever added a dash of sriracha to your soup or the dipping sauce for your chicken wings, you probably know that the popularity of Southeast Asian spices and flavors continues to grow in the West. Indonesian sambal oelek has become so well known, for example, that it’s now stocked on the shelves of my local grocery store in Jersey City. That wasn’t the case five years ago, but it’s important to note that sambal oelek is just the beginning when it comes to spicy chili pastes from this region: While sambal is typically used as a condiment or a marinade, rempah, it’s less well-known cousin (outside of Asia at least) is an equally potent and foundational ingredient in Southeast Asian cuisine.

Like sambal oelek, rempah is a spice paste (in fact, rempah is the malay word for spice). While it appears in Indonesian dishes, it really shines in the cuisine of Malaysia and Singapore, as well as that of the Peranakan people — descendants of Chinese people who immigrated to Indonesian and Malaysia. It’s one of the most basic and fundamental recipes in Malaysian cuisine.

How to make rempah 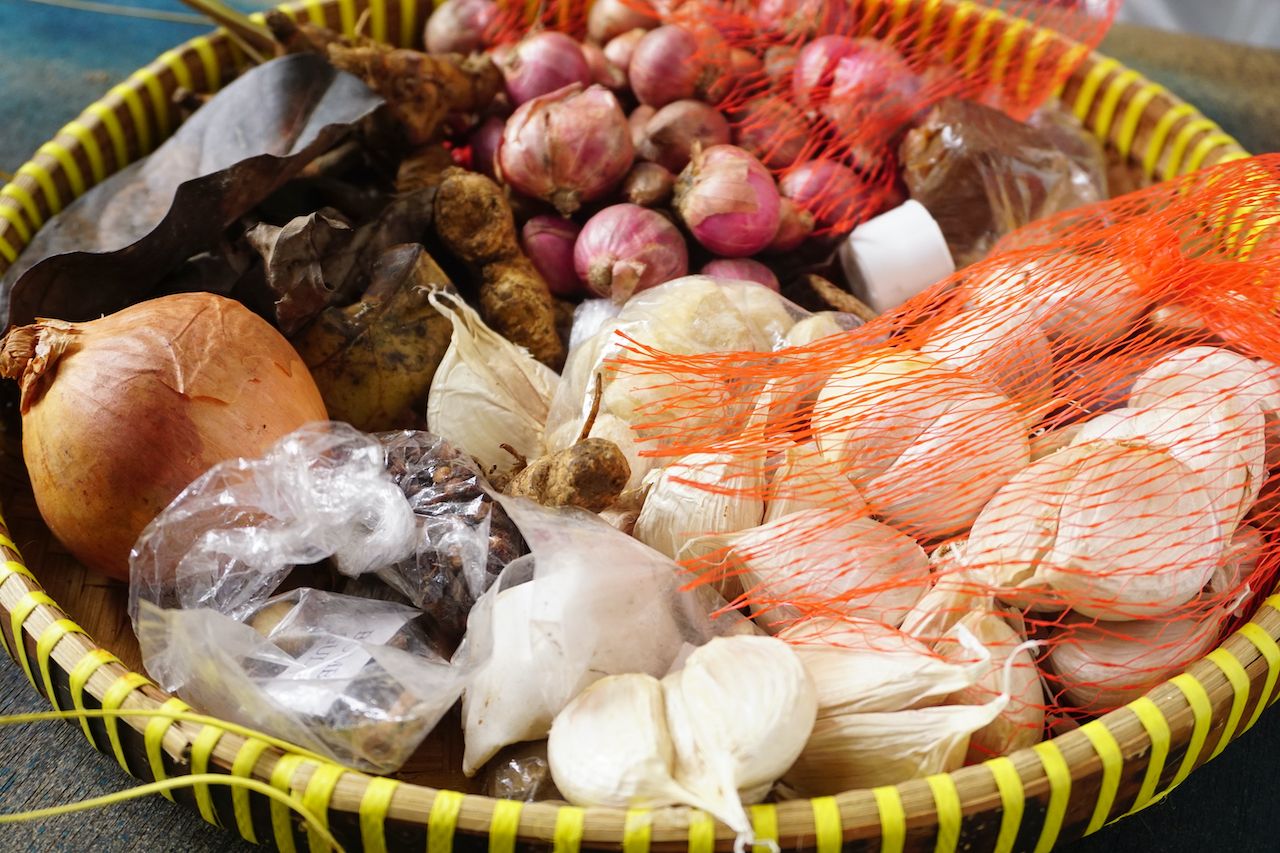 Rempah has three essential ingredients: red chilies, garlic, and ginger. However, belachan (shrimp paste), shallots, and lemongrass are also often added. Rempah is sometimes referred to as a “mother sauce” — in other words, it can serve as a base on which other seasoning mixes and dishes can be built. For instance, add candlenuts and you get rempah titek. Add galangal and tamarind and you get rempah garam assam, and add coconut milk, turmeric, and coriander powder to that and you have rempah lemak. Roughly translated, garam assam means acid and salt, or sour and salt, so it’s a good base for sour fish curry, whereas lemak describes fatty or rich flavors.

The preferred way to prepare rempah is using a mortar and pestle because grinding the ingredients releases their flavors and aromas. One writer described the texture from grinding in the herbs in the mortar and pestle as “silky, unctuous.” Once the paste has been formed it should be fried to release more of the fragrance. Most people use a blender or a food processor, but to achieve the most complex flavor, it’s worth using a little elbow grease.

How to cook with rempah 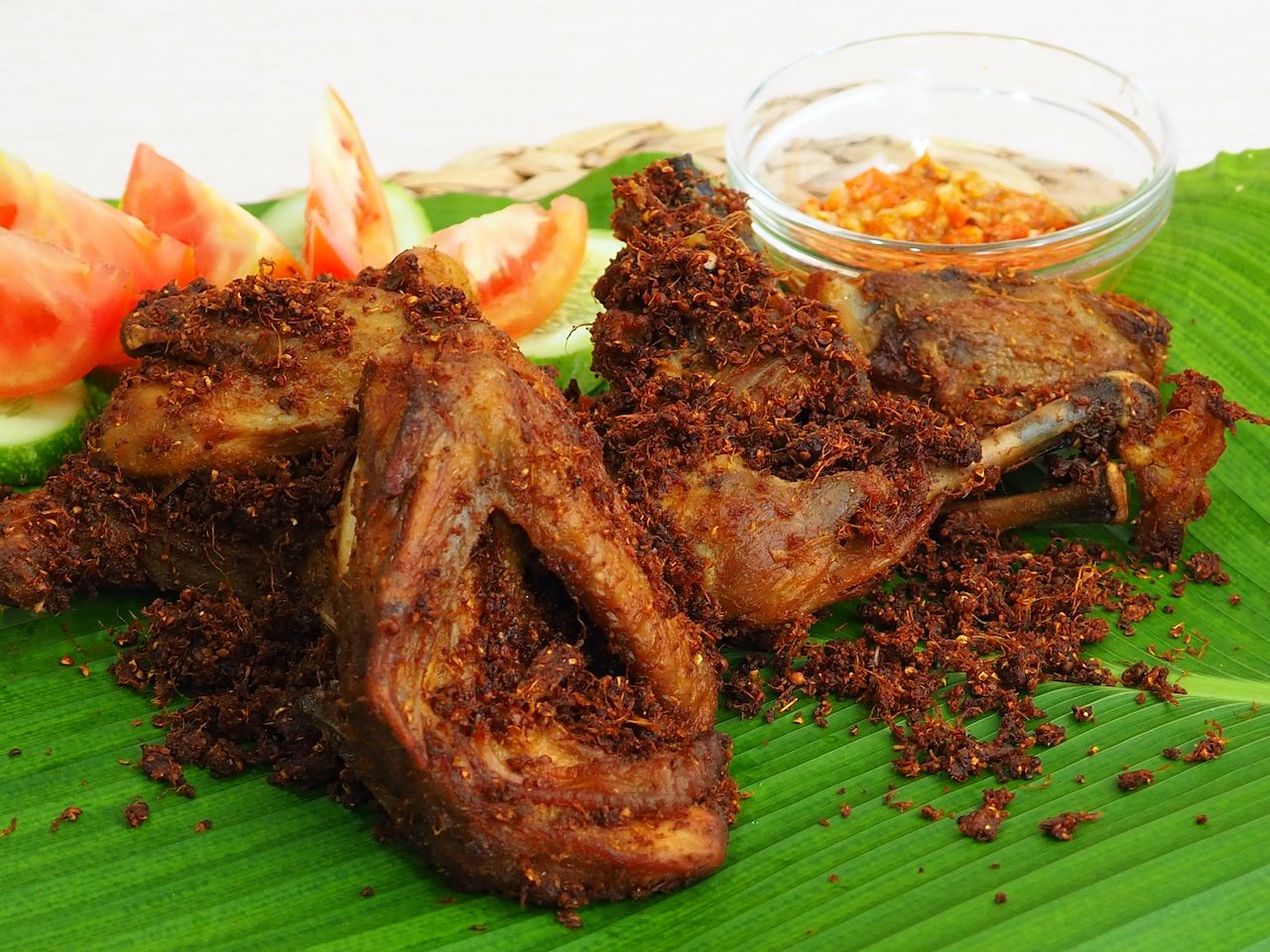 Rempah’s versatility is astonishing. While sambal is commonly used as a condiment, rempah functions mostly as a seasoning agent, adding not just heat but depth and pungency to dishes. However, that rule is flexible: Rempah is sometimes used as base for other sambals, in particular sambal ikan bilis, a rich chili paste flavored with anchovies that often appears as a condiment on the side of dishes like nasi lemak, which is a beloved snack in Singapore that can be eaten at any time of day made with rice cooked in rich, creamy coconut milk.

In its most generic, basic form, rempah can also serve as a base for chicken and beef dishes, like ayam goreng (fried chicken) and beef rendang, as well as seafood curries and noodle dishes like laksa, a Singaporean spicy shrimp or prawn soup popular at street food stalls. But its use goes far beyond the ordinary.

Rempah also frequently appears in Nyonya cuisine of the Peranakan people, which overlaps and influences most facets of Indonesian and Malaysian food. Peranakans, according to Singaporean writer Carol Kraal, “are the offspring of Chinese traders, who settled in the trading ports of Singapore, Malacca and Penang, and who married the local girls, many of whom are indigenous Malay.”

For the Peranakan, preparing spicy chili pastes is closely tied to many of their cultural rituals. One blogger who goes by the name Travelling Foodies wrote that rempah is associated with traditional “elaborate wedding ceremonies which lasted for 12 days.” During this period, family members prepare sambals — some of which might use rempah as a base — to enjoy at the wedding feast. Family often gathers for what’s known as the “Day of Onion Peeling” as well, which is when piles of garlic and onions are peeled and prepped for the laborious days of cooking to come.

It’s just one more way that rempah is at the heart of not only Southeast Asian cuisine but also culture, religious ceremony, and family life.

Food + DrinkBrazil’s Bright Red Dendê Oil Is the Key To Its Afro-Brazilian Cuisine
Tagged
Food + Drink Malaysia
What did you think of this story?
Meh
Good
Awesome