Delayed multiple times, the long-awaited Tokyo Olympics are finally set to take place at the end of July, but without any crowds in attendance. It sounds anticlimactic, especially after the yearlong wait. We can’t see the architecture and the work that Tokyo put in as the host city in person this year. Still, there’s always a chance the infrastructure will survive and take on a new life and purpose after the games.

While it’s true that some Olympic sites are abandoned after they serve their purpose, there are beautiful Olympic villages from years gone by you can still visit. There are also sites that’ve been creatively repurposed as urban renewal projects, athletic arenas, waterparks, and other venues that benefit the community. From China’s largest waterpark to a concert venue in Australia, these are the repurposed Olympic sites you can (and should) see in person. 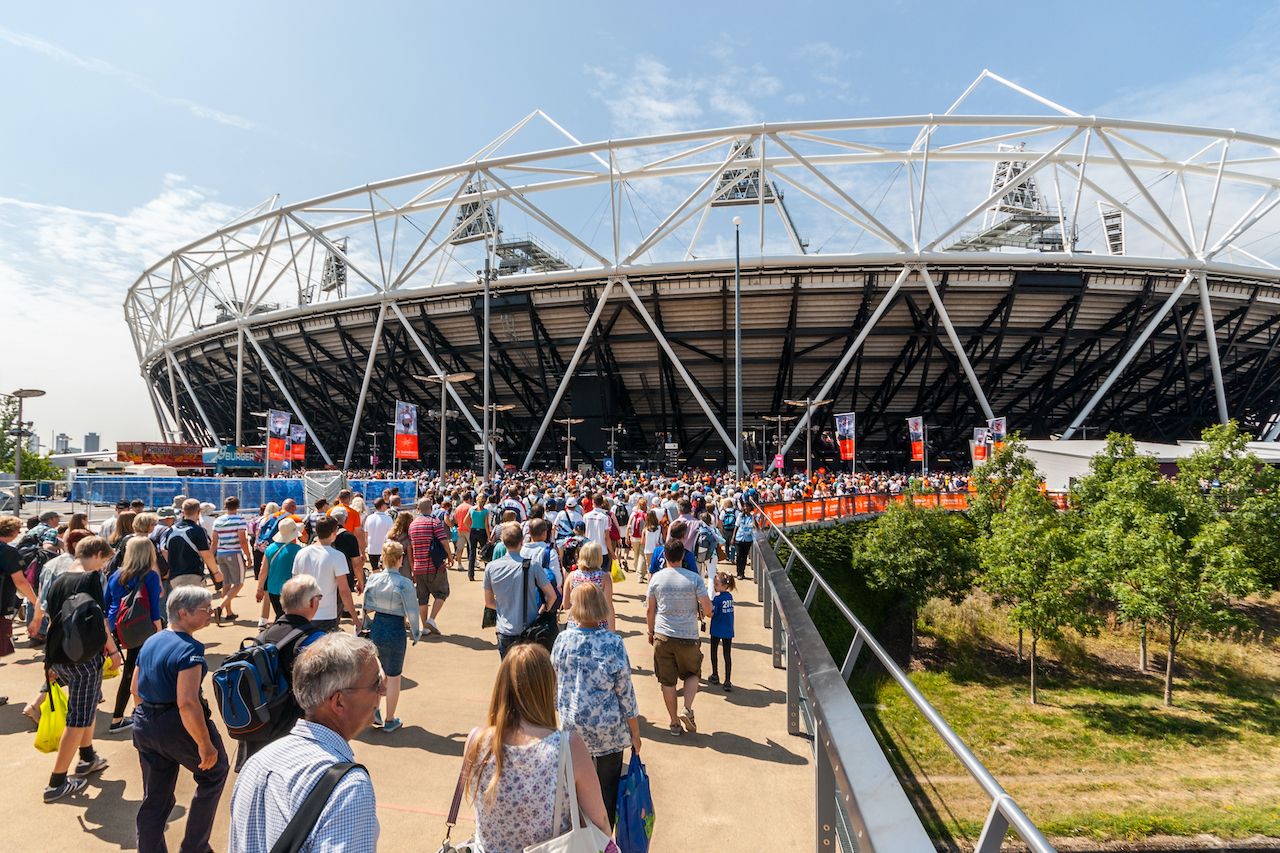 London hosted the summer Olympics in 2012 and built many of its Olympic venues in the East End neighborhood with the aim of sparking urban renewal. Queen Elizabeth Olympic Park initially contained the Olympic stadium, swimming pool, athletes’ villages, and other Olympic sporting venues. After the games, it was renamed in honor of Queen Elizabeth II’s diamond Jubilee. It’s now home to parklands, waterways, playgrounds, and sport venues, including London Stadium, the London Aquatics Centre, the Copper Box Arena, and Lee Valley VeloPark. 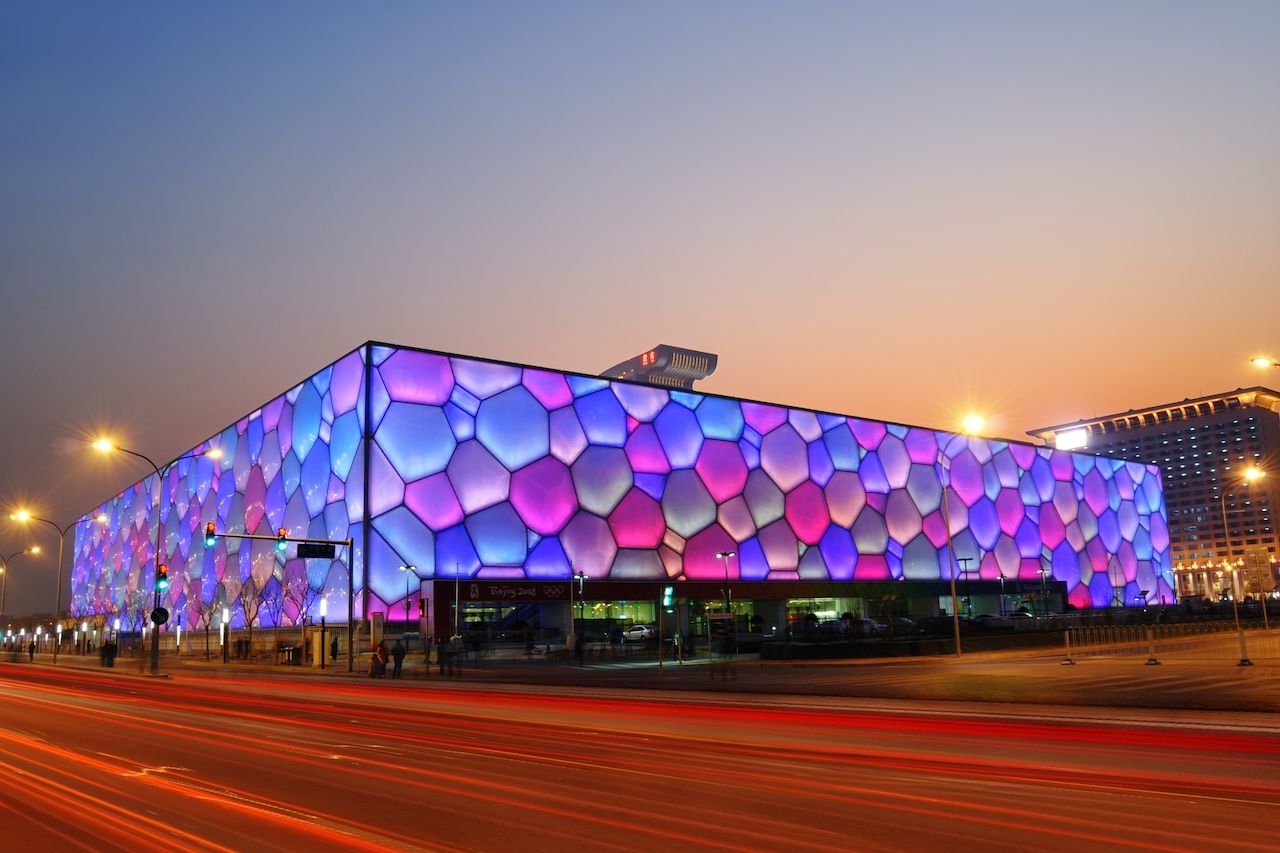 The Water Cube was one of the most recognizable buildings from the 2008 summer Olympics in Beijing. It served as a water sports venue and is where Michael Phelps won eight gold medals. After the Olympics ended, the space certainly didn’t go to waste. It was converted into China’s largest indoor water park, and dubbed the Happy Magic Water Cube. With a capacity of 6,000 people, the park is famous for its giant Wave Pool and AquaTube Body Slides. Not only has the Olympic venue been successfully repurposed, it also quickly became the second most popular tourist destination in Beijing after the Great Wall of China. 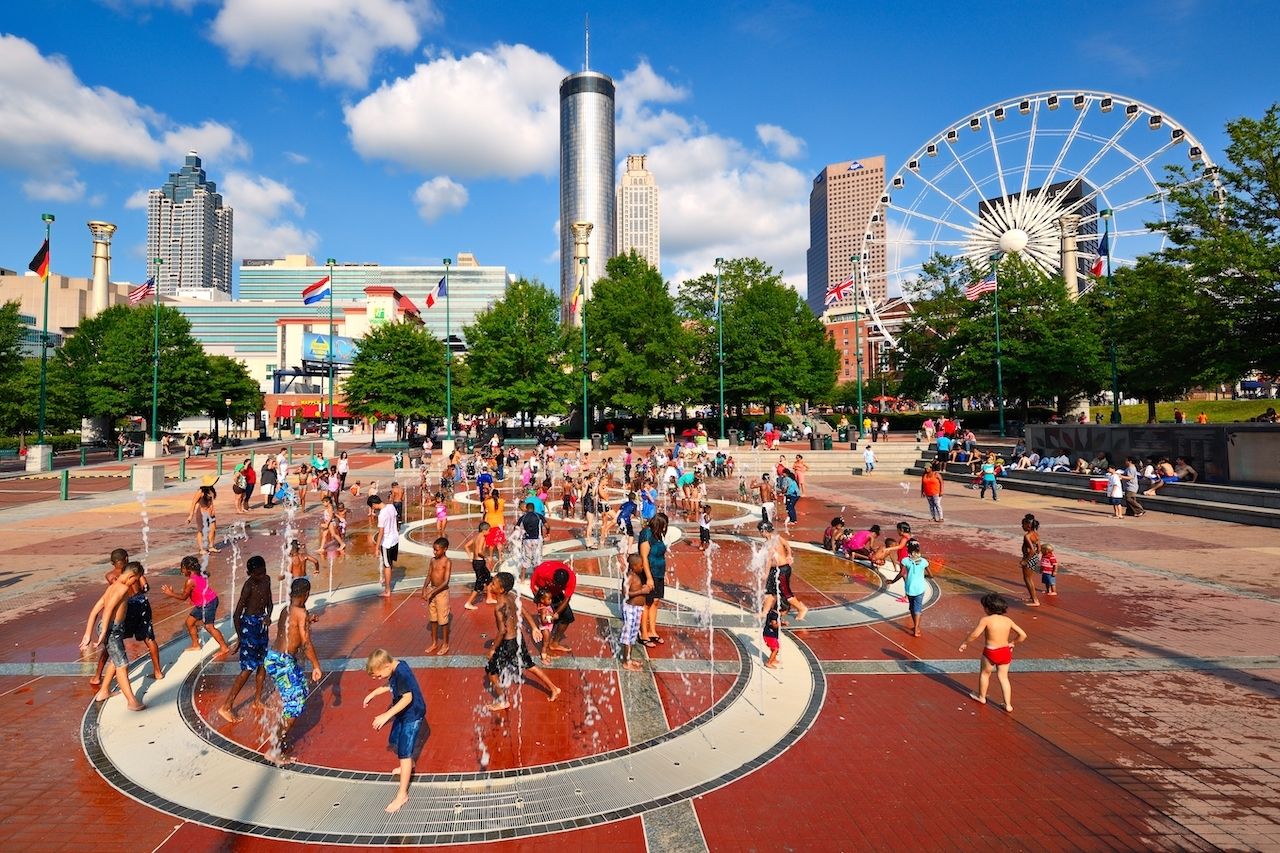 Investments for the 1996 Summer Olympics helped Atlanta transform its downtown area. Centennial Olympic Park played a major role in that revitalization. Today, the park is a tourist draw that includes the College Football Hall of Fame, National Center for Civil & Human Rights, World of Coca-Cola, Georgia Aquarium, CNN Center, and Children’s Museum of Atlanta. A nod to Atlanta’s Olympic history can be seen at the park’s Fountain of Rings, which is the world’s largest interactive fountain. 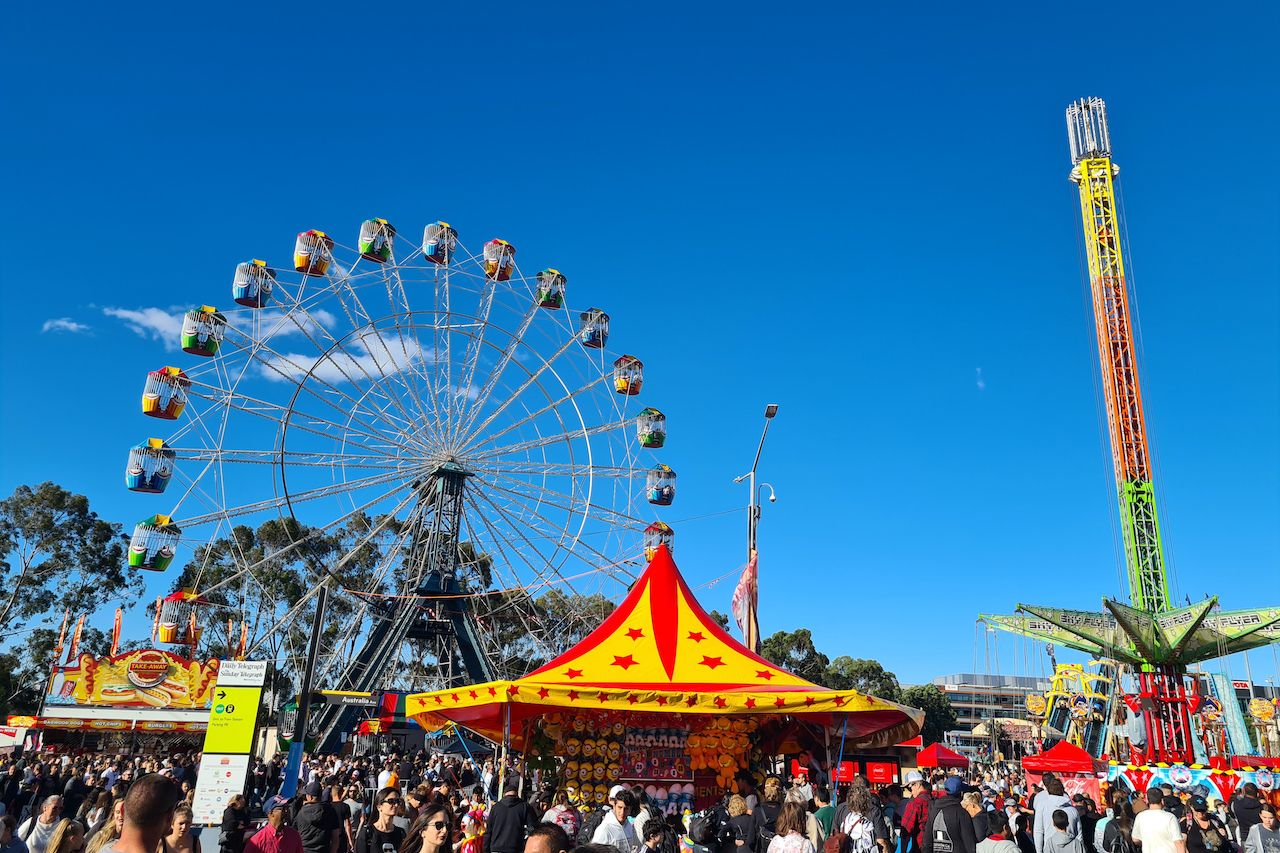 Built for Sydney’s 2000 Summer Olympics, the Sydney Olympic Park replaced a run-down industrial park. After the Olympics the 1,580-acre park was transformed into the Sydney Showground, repurposed to house exhibitions, events, and concerts. The showground attracts over 12 million annual visitors — particularly for the Sydney Royal Easter Show each year — and the Dome, which used to host Olympic basketball games, remains an indoor sporting venue and the largest wooden structure in the southern hemisphere. 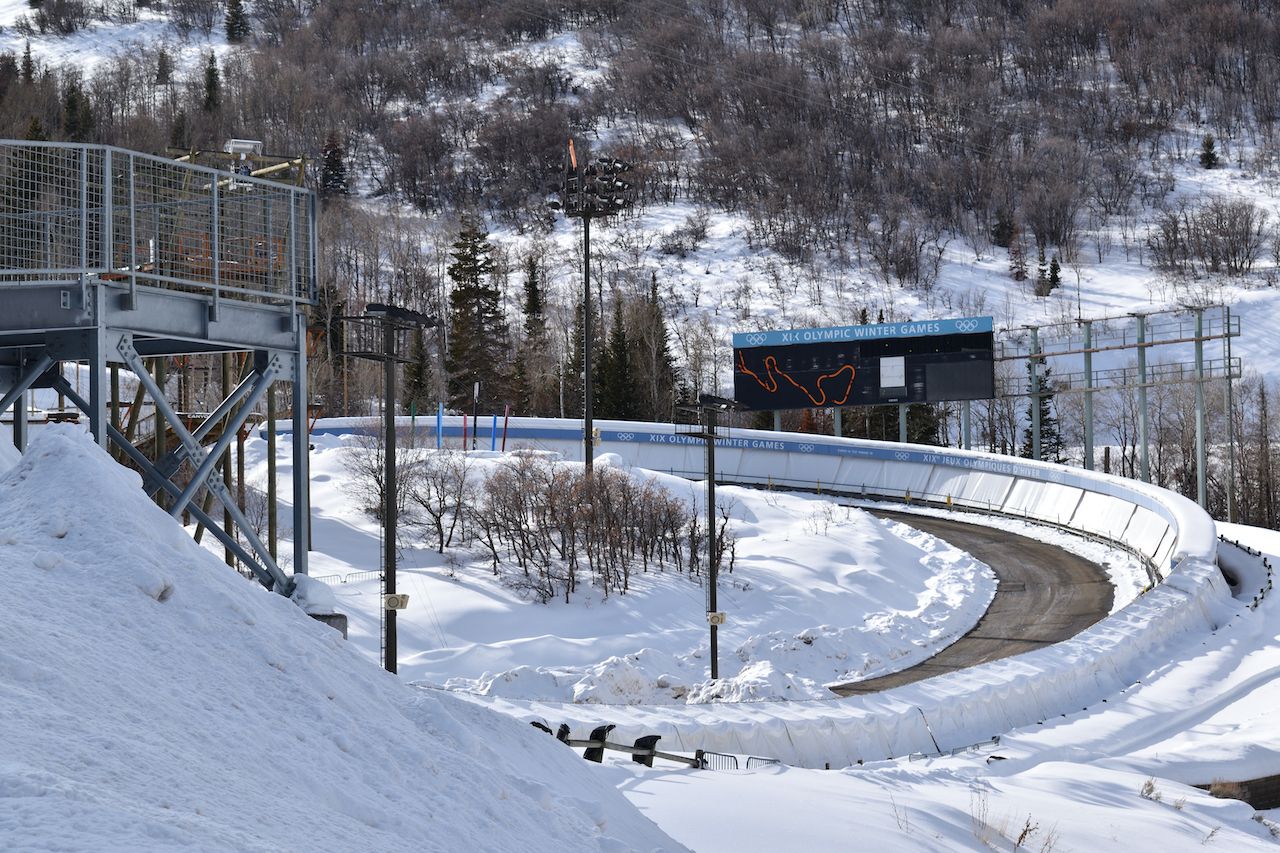 The Utah Olympic Park in Park City originally hosted bobsled, skeleton, luge, and the Nordic combined events during the Salt Lake City Winter Games in 2002. It housed six Nordic ski jumps, as well as one of only four sliding tracks in North America. The 400-acre former Olympic venues still get some use, as many of the structures have been repurposed for tourism. You can ride the Comet bobsled, go tubing on the Nordic jump, and navigate a ropes course in the Discovery Zone. 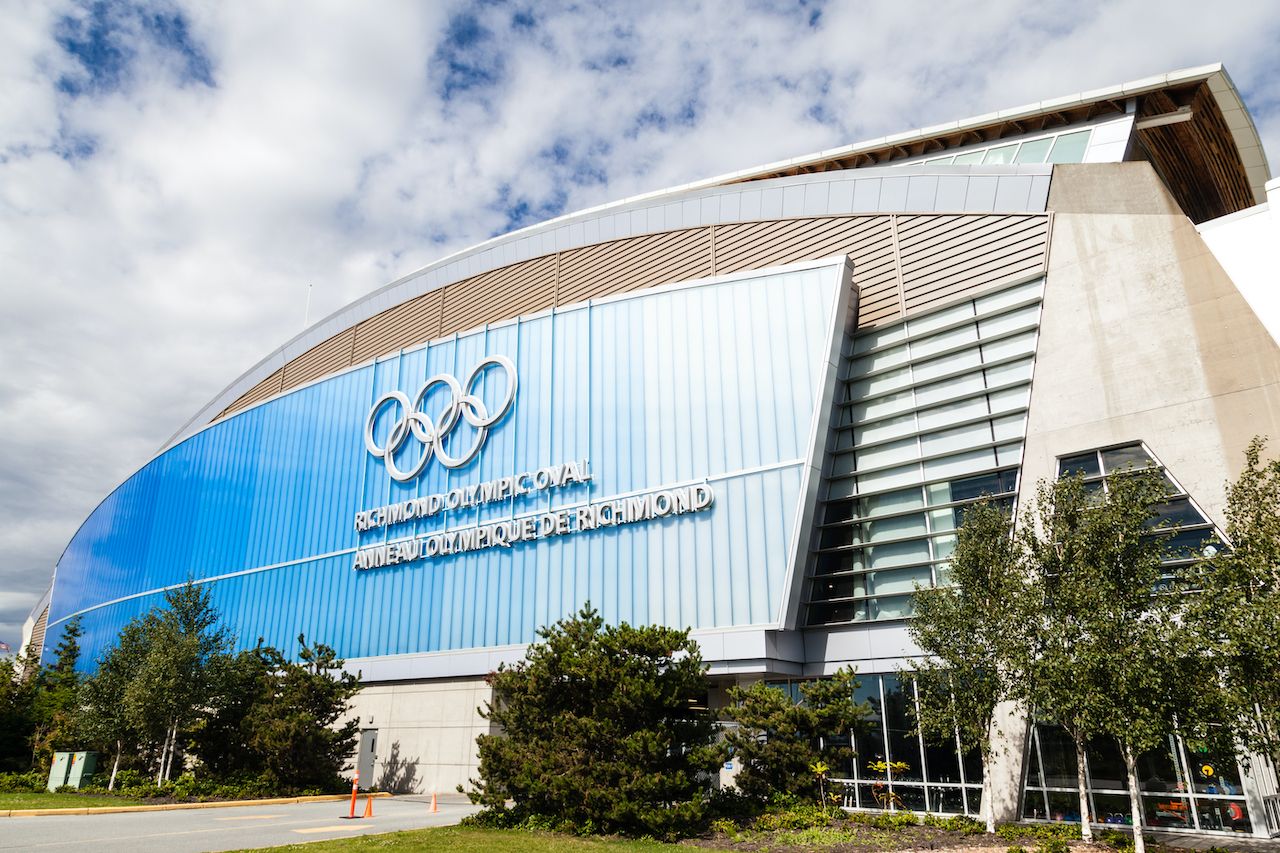 The venues from the 2010 Winter Olympics in Vancouver largely remain in use, thanks to a $110 million trust dedicated to preserving the site and ensuring the construction continues to benefit the community. The Richmond Speed Skating Oval in particular has gotten a new lease on life, and today hosts hockey games, speed skating, basketball, and it has an indoor track and squash courts. The Oval draws around 550,000 visitors each year, ranging from children taking skating lessons to group fitness classes and large-scale events. 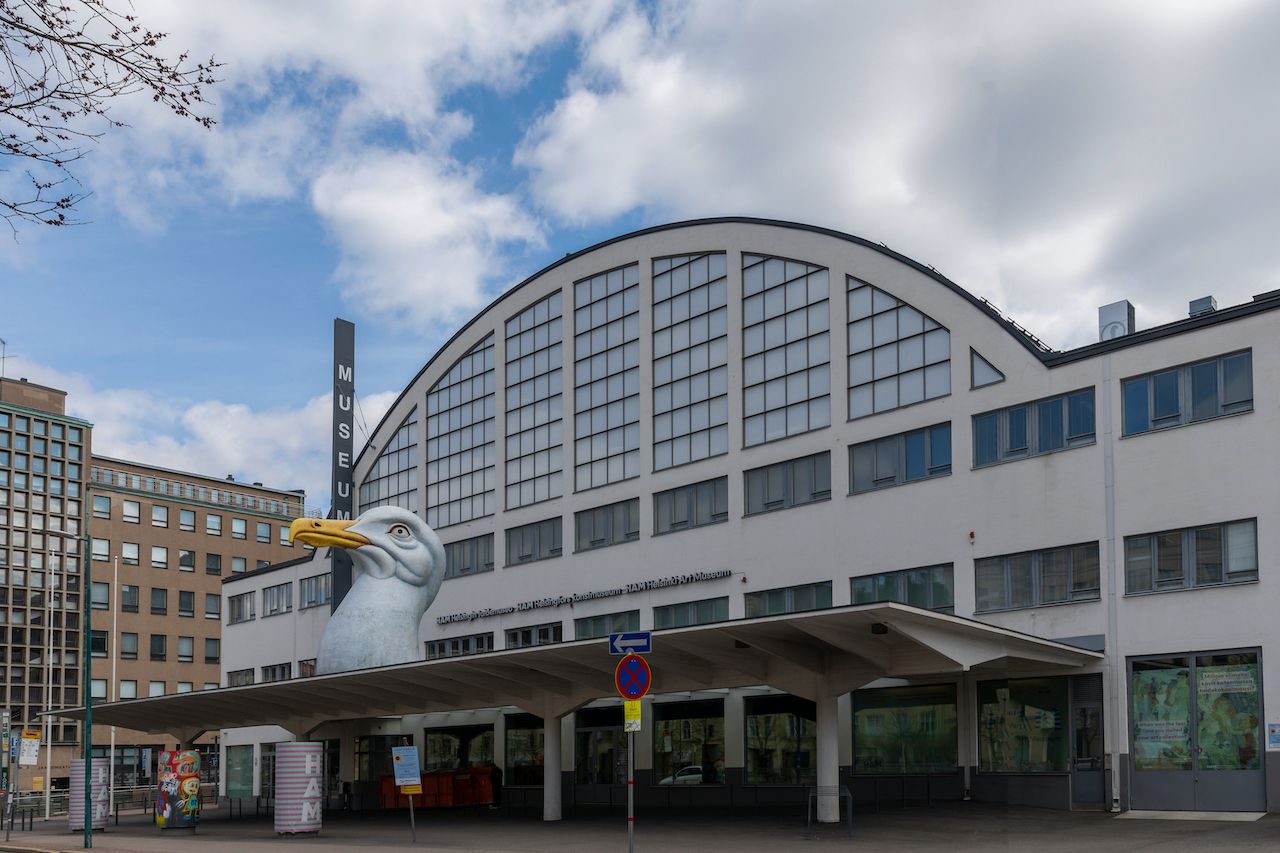 Originally built in 1938 for the 1940 Summer Olympics in Helsinki, the Tennis Palace wasn’t used until the 1952 Olympics due to World War II. Even then, it wasn’t used for tennis, but as a venue for preliminary basketball games. Impressively, the building is still in use today as a cultural center housing an art museum, museum, and movie theater. It’s home to exhibitions of both Finnish and international artists, which draw crowds from all over the world.