Hosting the Olympic Games is considered as much a privilege as it is an economic boon for host cities. Yet year after year, cities strive to outdo previous hosts with increasingly extravagant ceremonies and expensive facilities, often outspending what they stand to gain in Olympic-driven revenue. Beijing famously spent nearly half a billion dollars to build its iconic Birds Nest stadium for the 2008 summer games — which costs another $11 million annually to maintain — only to bring in a trickle of tour groups every year since.

Yet there are places for Olympic enthusiasts to sample some of the games’ history as we (hopefully) gear up for the Tokyo games this summer. (Editor’s Note: The future of the games is still up in the air due to the coronavirus outbreak.)

Several former hosts have managed to weave their Olympic history into their current identity nearly seamlessly, repurposing old facilities so visitors can relive the city’s gloried past. What these destinations did right when winning their respective bids is to prioritize the needs of the city and its inhabitants over any ego-driven pomp and circumstance. Many cautionary tales have resulted in Olympic ghost towns — a symbol of well-meaning but shortsighted estimations of what was really needed. Like the proverbial lightbulb, the Olympic torch should shine a light on a shared vision for the future — like how Paris is using its pre-Olympic preparations to reinvent itself with urban green spaces and unique tourist experiences that will live long past the closing ceremony in 2024. If future hosts follow suit, the Olympics could be the catalyst we need to create a better future for our favorite urban playgrounds.

As the spotlight on sustainability in athletics continues to strengthen, future Olympic cities can look to these former hosts for a more enduring development model. The rest of us can just go for a little Olympic-level entertainment. 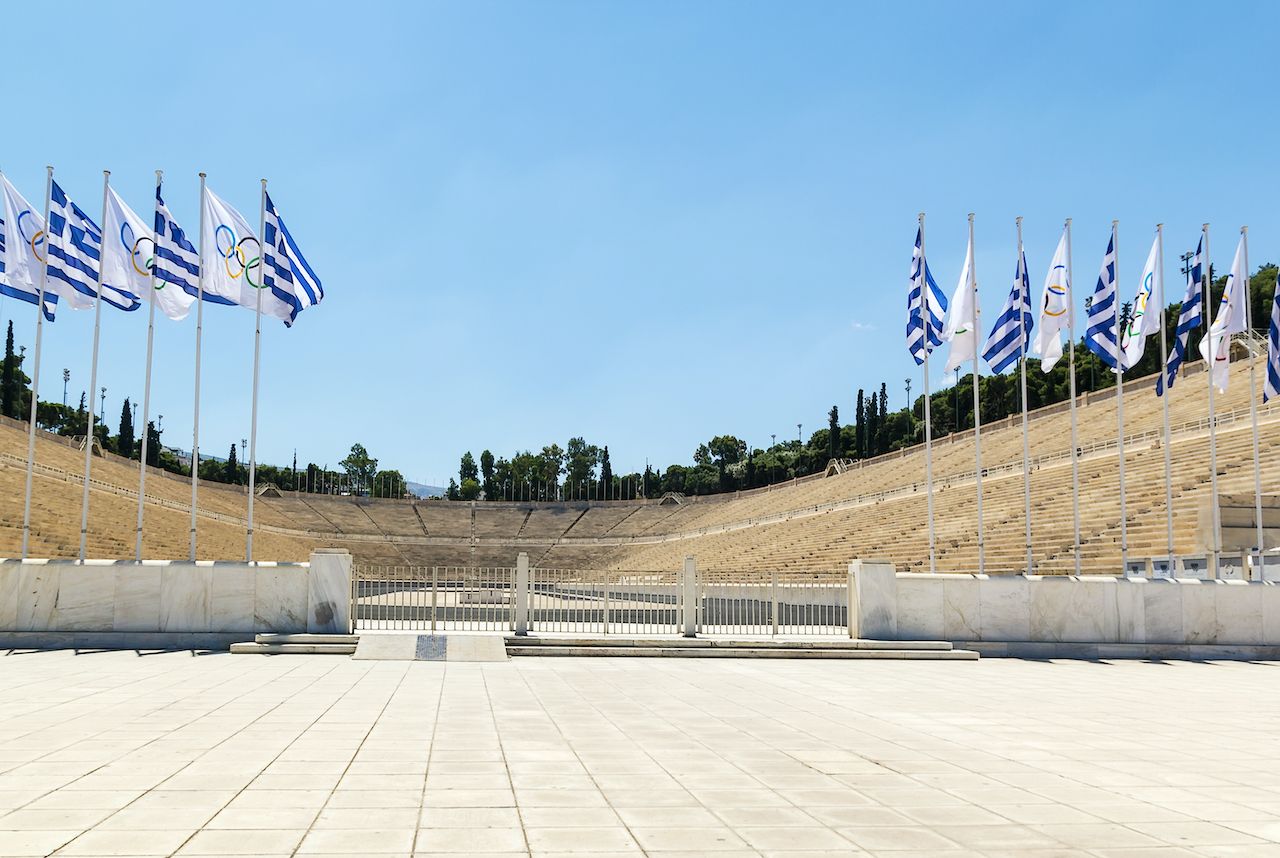 Home to the first modern Olympic games in 1896, Athens’ history with the Olympic tradition goes back several millennia. Thousands of years ago, athletes from across the ancient Greek Empire congregated in Athens to compete in its Panathenaia celebrations — a bit like today’s games only with far less clothing. In tribute to its storied past, every four years the Olympic torch is lit at the Panathenaic Stadium in Athens before beginning its long journey to the new host city. Visitors can walk through the Olympic Velodrome in the Olympic Sports Complex and step back in time at the 50,000-seat stadium, the only arena made entirely of marble, and imagine what that first opening ceremony of our modern Olympic games might have been like. 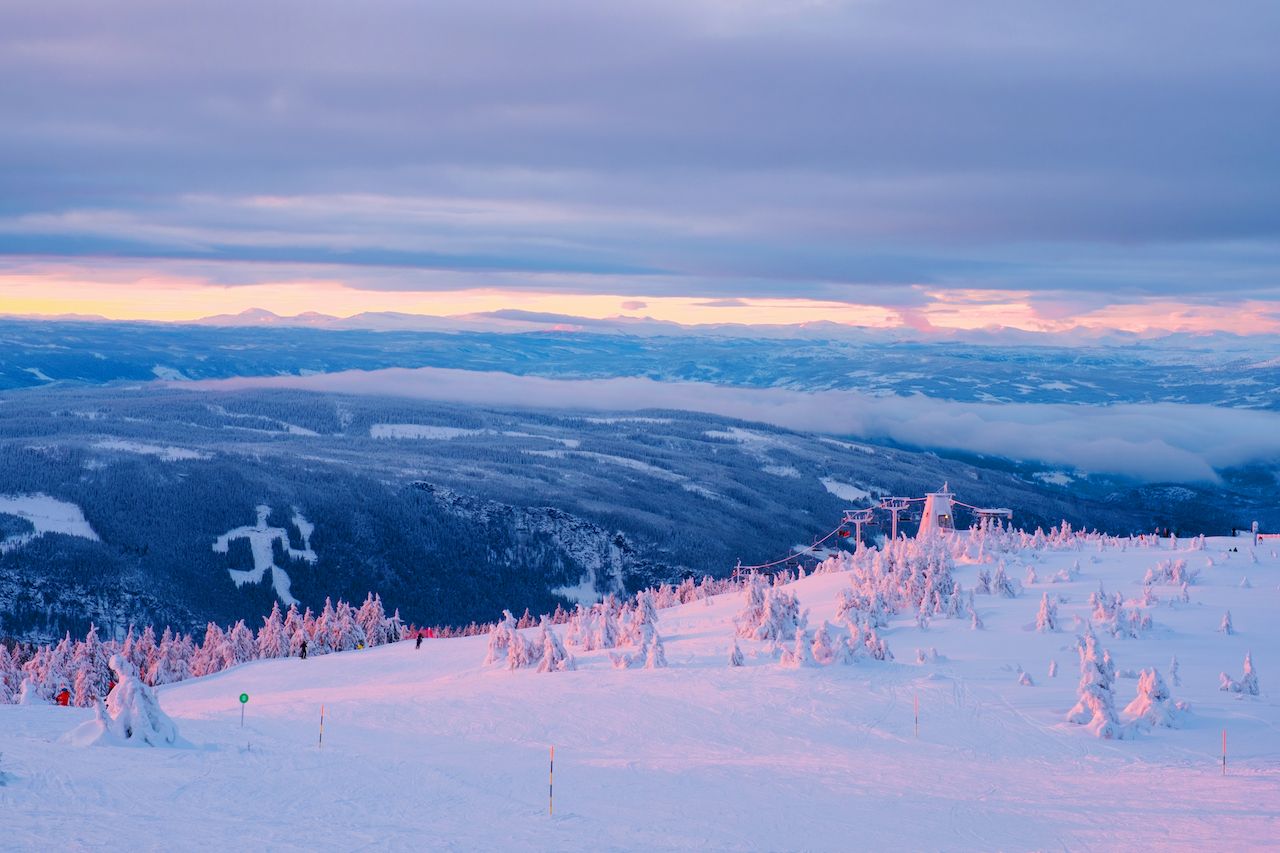 One of the best examples of sustained winter tourism resulting from the Olympic games is in Lillehammer, Norway, host to the 1994 games. Only two hours from Oslo by train, Lillehammer is the ideal side-trip from the city to sample winter sports amid some seriously scenic Nordic landscapes. Visitors can cross-country ski through the same pine-forested valleys from which Birkebeins famously saved the two-year-old heir to the Norweigan throne — an important event in Norway’s history commemorated on the Lillehammer coat of arms. From atop the ski slopes at Hafjell, downhill skiers will recognize the outline of an Olympic torch-bearer, carved through the pines on the mountainside. In the summer, the torch-man mountain is busy with hikers making their way to the tip of his revered flame. The short winter days here mean the sky is always awash with the golden hues of a rising or setting sun, almost like an homage to the time the torch was lit. 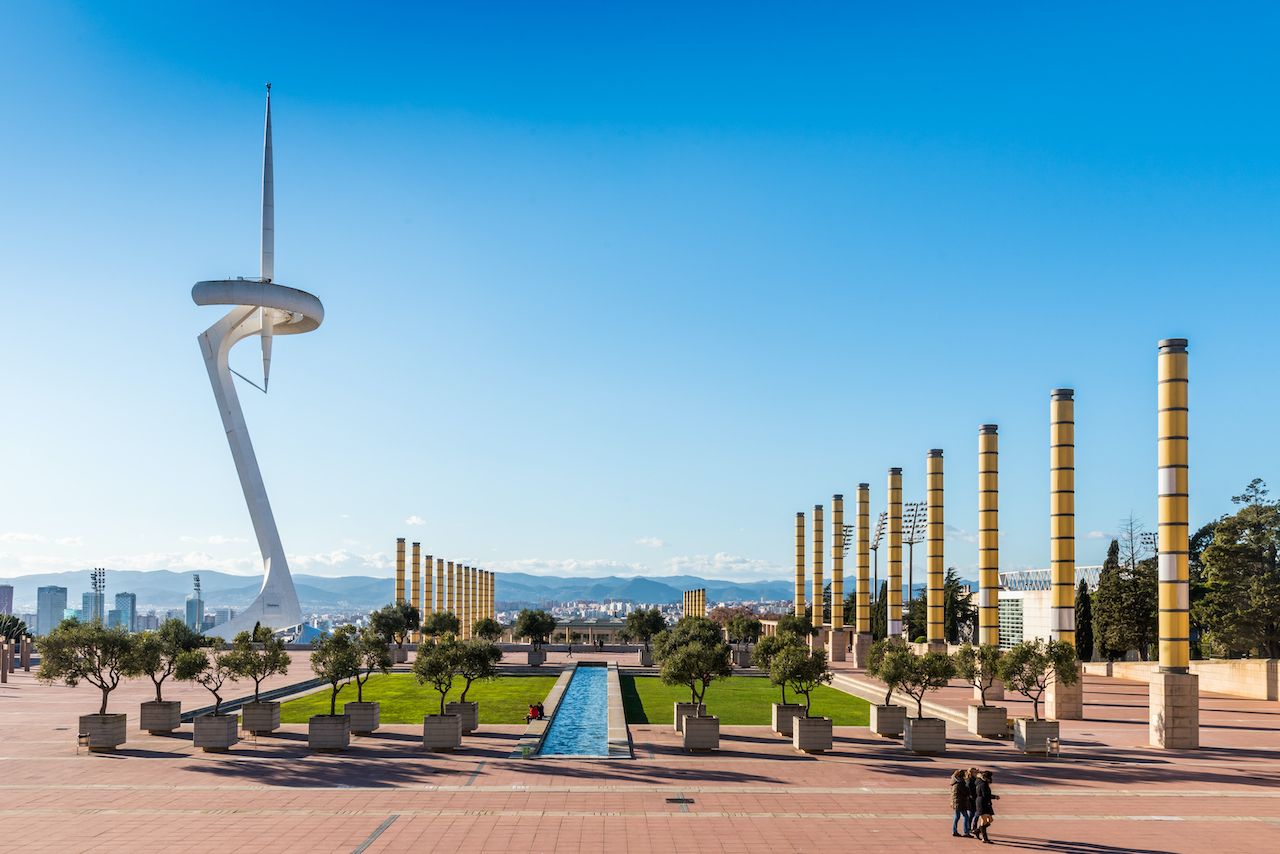 These days Barcelona is among the world’s most visited cities even without Olympic fame, but that wasn’t always the case. The 1992 Summer Olympics served as a sort of debutante ball for the coastal Catalan city, which totally transformed itself with a spectacular array of waterfront architecture and two miles of brand-new beachfront. Today the same beautiful beaches are among Barcelona’s biggest draw for tourists to the city, and are lined with spots to share some fresh seafood tapas. The telecommunications tower built for the games by Spanish architect Calatrava is also an iconic fixture of the city’s skyline, and its Olympics stadium regularly hosts A-list musical acts like The Rolling Stones, Madonna, and Beyonce. 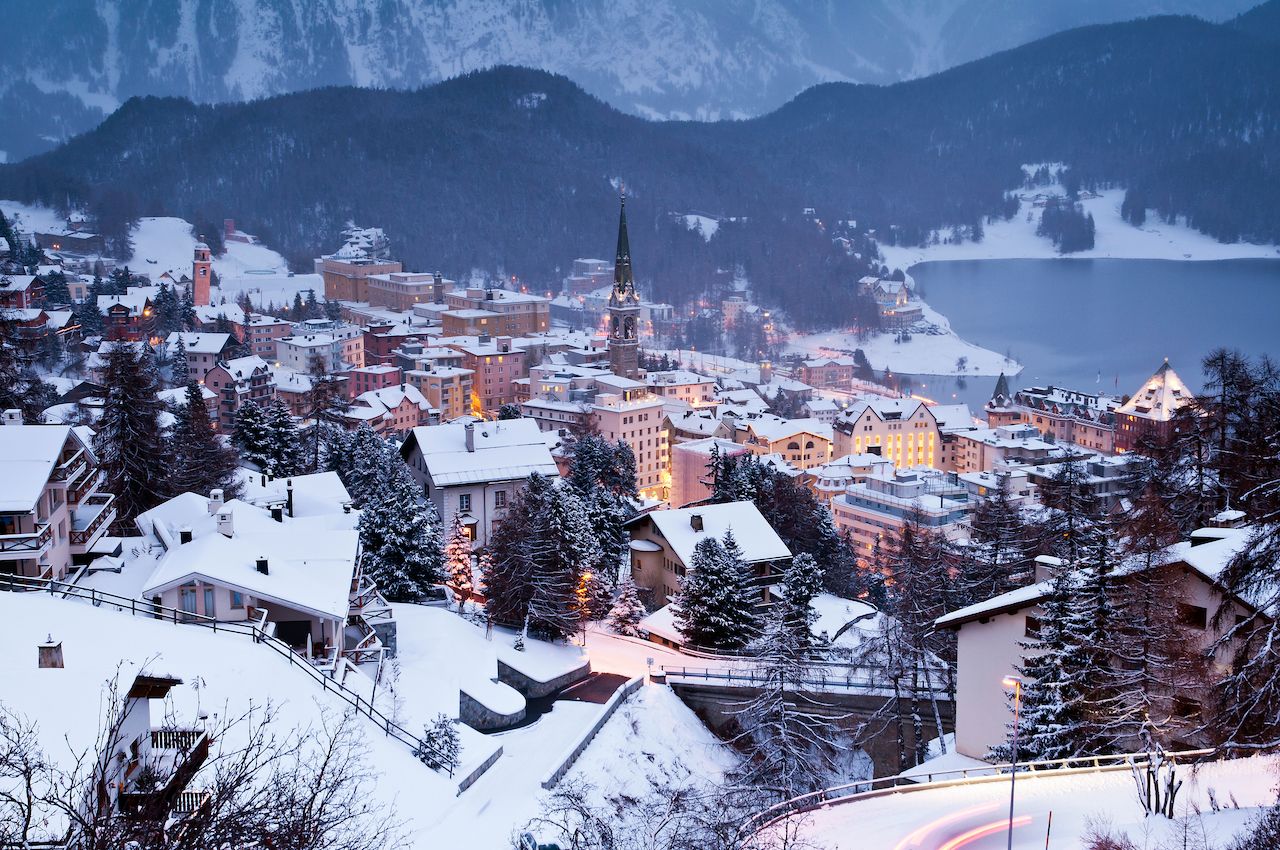 Appropriately, the town that invented Alpine tourism has hosted the Winter Olympics twice, and continues to make use of its many sporting facilities — if you can afford to get there. The high-society ski town is among the most aspirational destinations in the Swiss Alps, thanks to its famous — and famously wealthy — patrons. It’s not hard to see why. No matter where you look, the deceptively quaint town and its picturesque, snow-laden structures are framed by gigantic, almost ghostly snow-covered Alps. The view only gets better on the slopes of nearby Corviglia, which can be accessed by gondola followed by — what else? — a horse-drawn carriage. Stay at the Kulm Hotel for easiest access to the Kulm Country Club, where guests can skate on the same lake used by mid-century Olympians, or test your courage on the Olympia Bob Run, one of the few places where you can ride a full-speed Olympic bobsled on a run constructed entirely of ice. 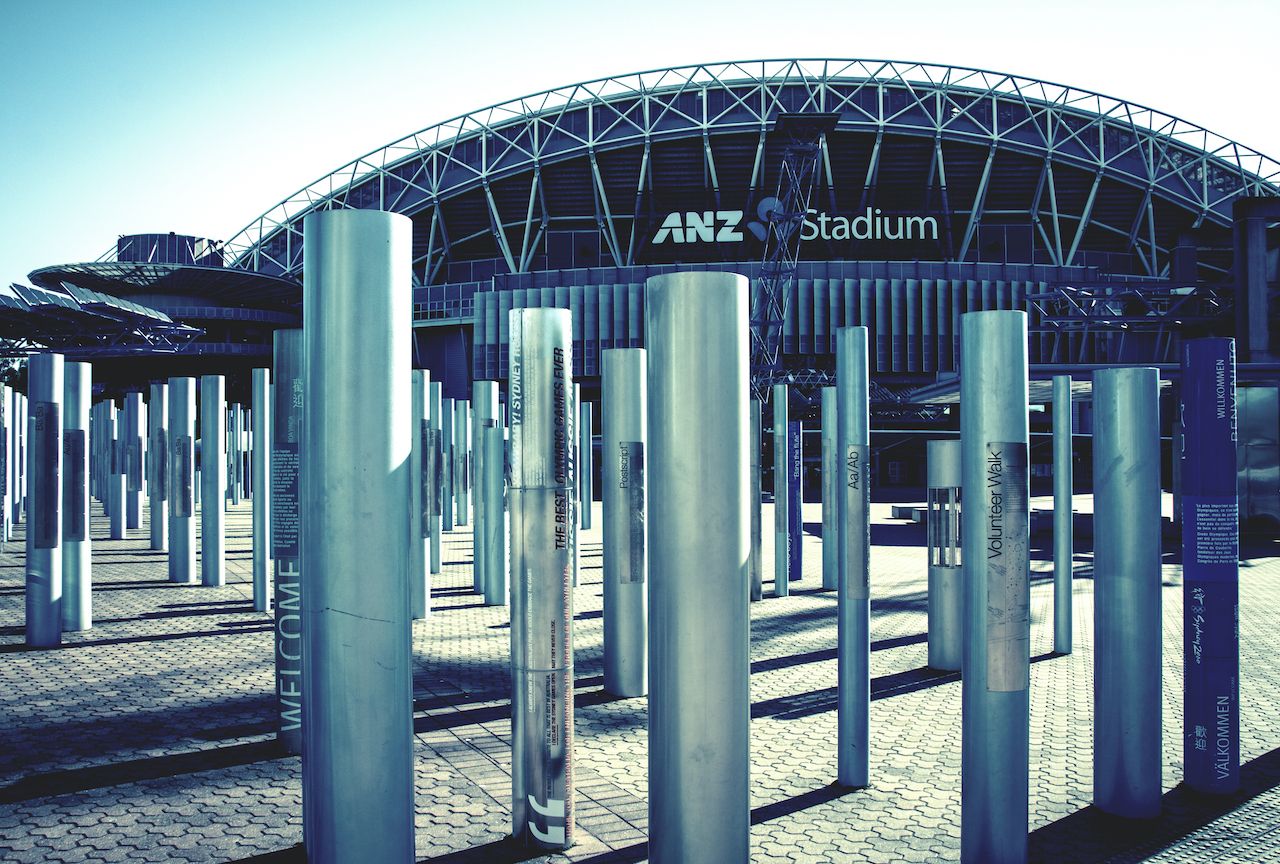 The turn-of-the-century Sydney Games were designated the “Green Games” by the International Olympic Committee (IOC) and were designed to introduce a more environmentally conscious way of hosting the event. The structure that best exemplifies Sydney’s efforts to be an example of sustainable Olympic development is the ANZ Stadium. Originally able to accommodate 118,000 opening ceremony attendees, it was intentionally designed to be downsized after the games to a more sustainable 85,000 seating capacity. Today, the stadium remains one of the most environmentally friendly arenas in the world and continues to play host to major international sporting events like the FIFA World Cup Qualifiers.

Archaeology8 archaeological sites and museums you can’t miss in Athens beyond the Acropolis
Tagged
Art + Architecture Events Trip Planning
What did you think of this story?
Meh
Good
Awesome

Coachella and Stagecoach have been officially canceled due to COVID-19