Rocket launches aren’t just for Florida anymore. Noting that the second-most-popular tourist attraction in Central Florida is the massive Kennedy Space Center, the rest of America — and the world – has begun developing tourism around the awe-inspiring experience of watching a rocket shoot into space. And many of them are in places worth visiting for more than just the launch. Though our American launch pads are easily the most accessible, if you were planning a trip to South America, Japan, or a number of other equatorial destinations, you may want to plan them around a launch. Here’s a look at where you can catch them this year. 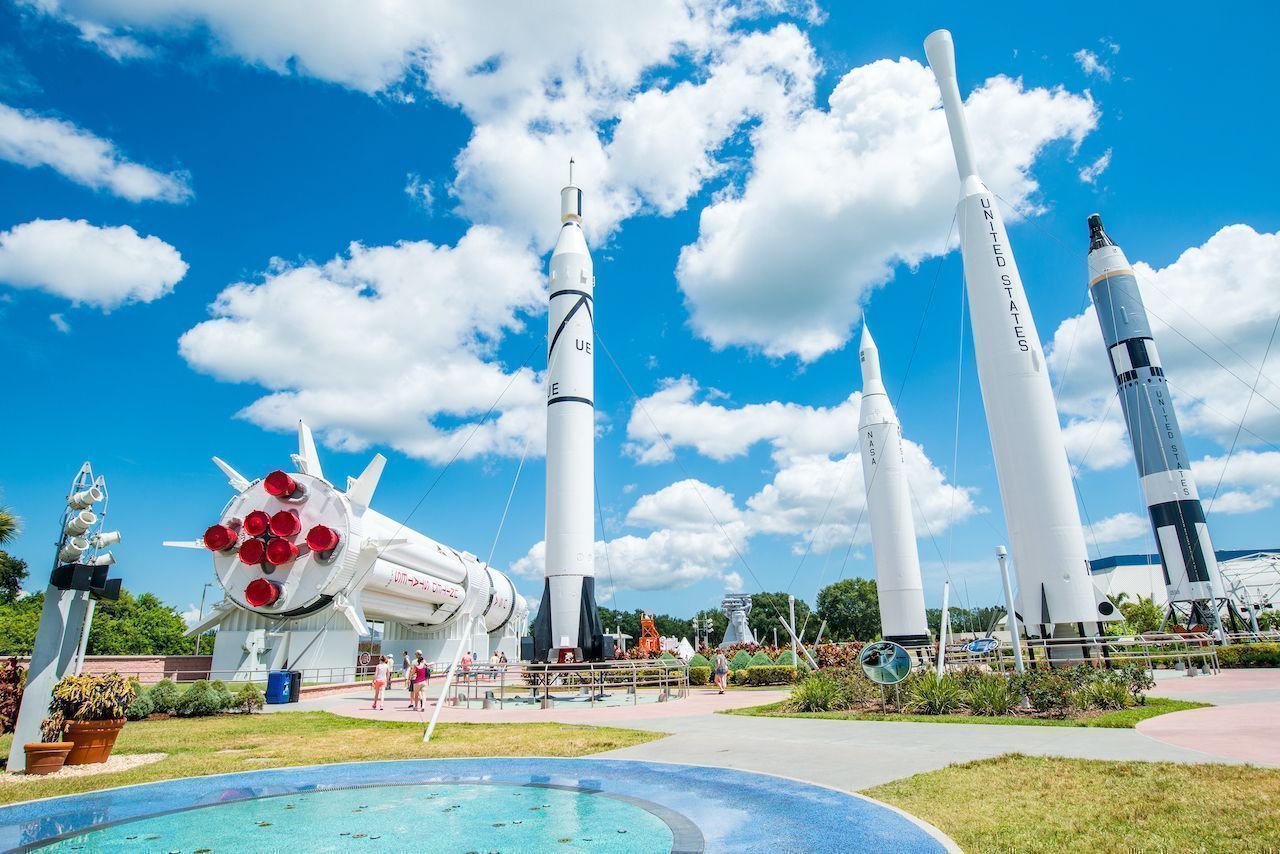 Far and away the world’s most prolific spaceport, Cape Canaveral and the Kennedy Space Center in Central Florida will be launching everything from SpaceX space station resupply missions to the much-anticipated Mars rover on July 17. It’s the most visitor-friendly launch site, with a massive museum and visitors center to get you behind the action once the launch is over.

Getting there: Fly into Orlando International Airport (MCO) and drive the 45 minutes or so to the Space Coast. If you’re road-tripping, the space center has multiple exits off I-95.

How to watch: Kennedy Space Center has designated viewing areas you can buy tickets for in addition to your regular admission. Some are as close as 2.3 miles from the launch pad and are undoubtedly the best seats in the house. If you don’t want to pay, the beach parks in Cocoa Beach and Titusville still have fantastic vantage points and give you the opportunity to lie on the sand while you wait. In Port Canaveral, head to the top of the Exploration Tower and get a panoramic view of the launch, or watch through the tower’s telescopes.

Where to stay: It’s wholly possible to stay in Orlando and drive over for the launch. But if you want to avoid traffic and sleep in an extra hour, you’ll find plenty of hotels in Titusville and Melbourne, both short drives from the center. 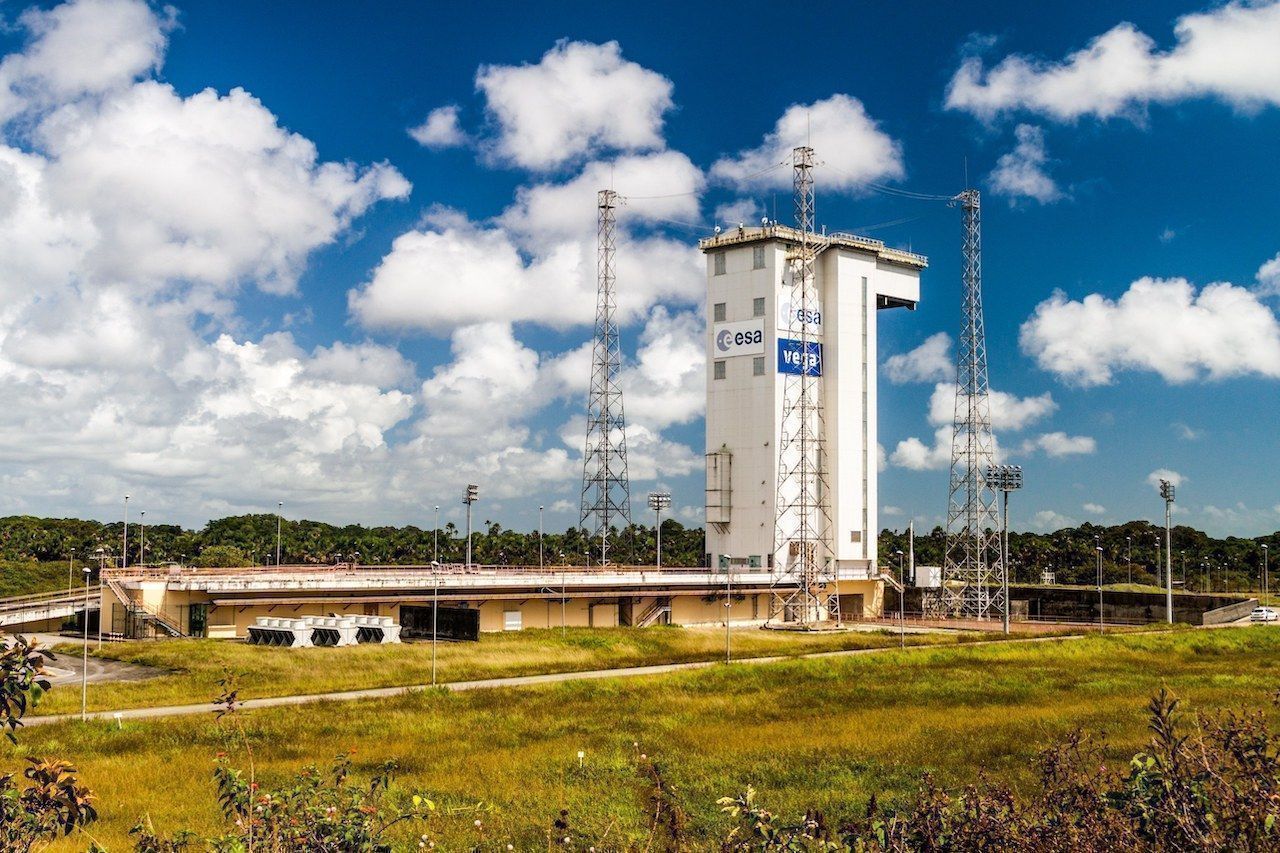 If you’re not super into space travel, you probably wouldn’t know that Europe’s largest spaceport isn’t even in Europe. France takes full advantage of the geographic and weather advantages of its South American department and launches most of Europe’s rockets from this port on the Caribbean coast. This year’s most notable launch will come sometime in the middle of the year, with the debut of Europe’s new Vega C rocket.

Getting there: To put it mildly, getting to French Guyana isn’t easy. The only major airport in the country is Cayenne (CAY), which is only accessible via other French Caribbean airports in Guadeloupe, Martinique, and Haiti. Connections through those airports all involve overnight stays, so it may actually be more efficient for you to fly to Paris and jump on a nonstop from there. You could also try and road trip it from Suriname or Brazil, but you’d really need to be down for an adventure.

How to watch: The space center offers limited seating at several viewing areas around the space port, some as close as three or four miles away. You’ll need to contact the port to make a reservation, and you must be at least 16 years old to watch from the closest platform. The seats are free, but if you can’t snag one you can also watch from the beach at Kourou, which is rarely crowded.

Where to stay: Though not a thriving metropolis like Orlando, Kourou has a number of hotels in the three-to-four star range that should suffice for a viewing. Limited supply makes them more expensive than you’d expect, so if you want to save money, you can try staying in Cayenne, about an hour away. 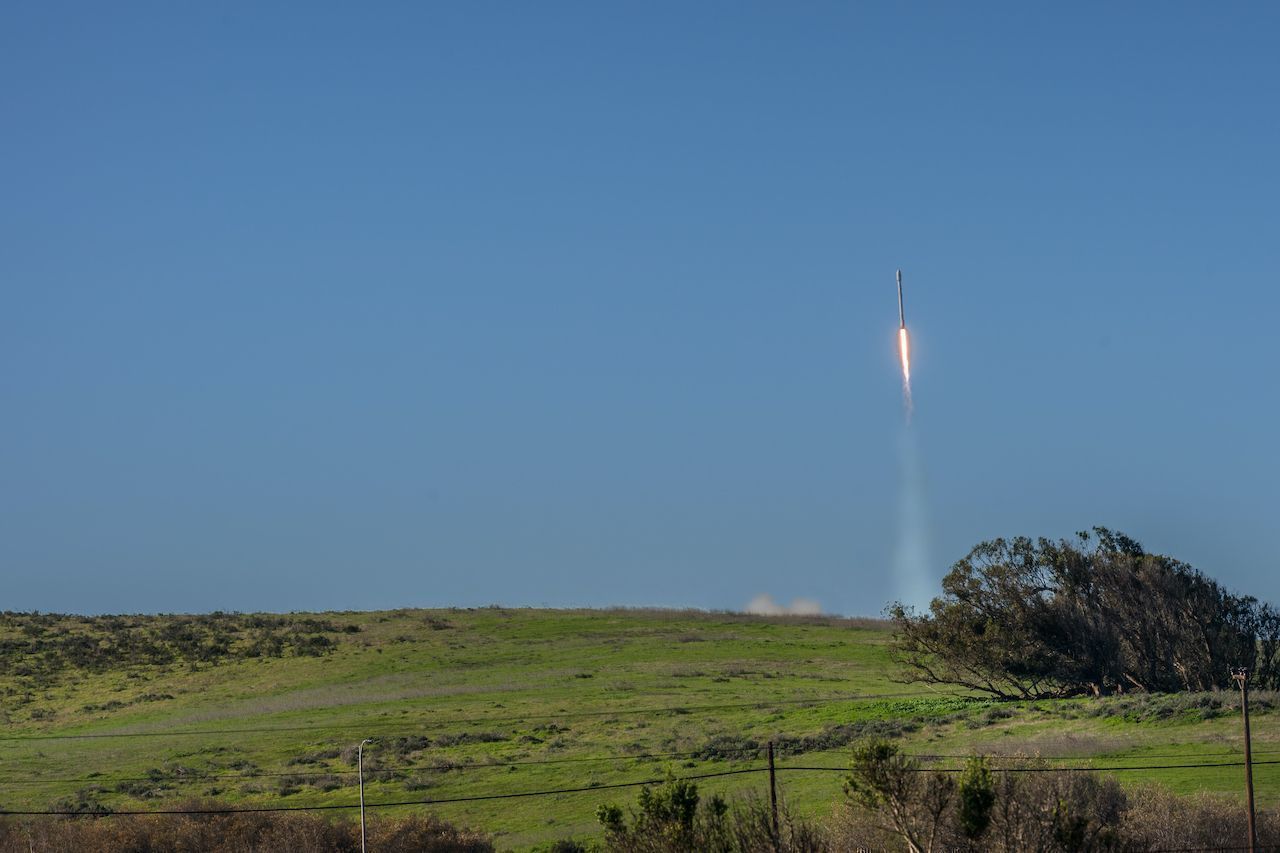 Launch dates: November and additional launch in the fourth quarter of 2020.

The tricky part about viewing a launch here is the dense fog and mountains that surround the launch pads, meaning you might plan a whole trip around watching an event that’s invisible from more than a few feet away. Still, this year will see two fall launches, one of a spy satellite and the other a SpaceX Falcon 9 satellite dispatched to record sea level data.

Getting there: The nearest airport will be Santa Barbara (SBA), which is about an hour away by car. Otherwise, LAX is about three hours away depending on traffic. If you’d rather drive, Vandenberg is a scenic ride up US-101 and the Pacific Coast Highway.

How to watch: Again, the fog along the California coast can make viewing difficult, and since the base is closed to the public on launch days, your best bet is to pull off to the side of the road at an elevated vantage point. Harris Grade road sits above the fog line and offers the best view on a foggy day. If it’s clear, you can post up in Providence Landing or off Corral Road too, though you still won’t see the rocket until it’s above the mountains.

Where to stay: Santa Barbara will offer the best overall visitor experience if you’re okay to drive an hour for the launch. Otherwise, Lompoc is the nearest city and has a wide selection of mid-range hotels. 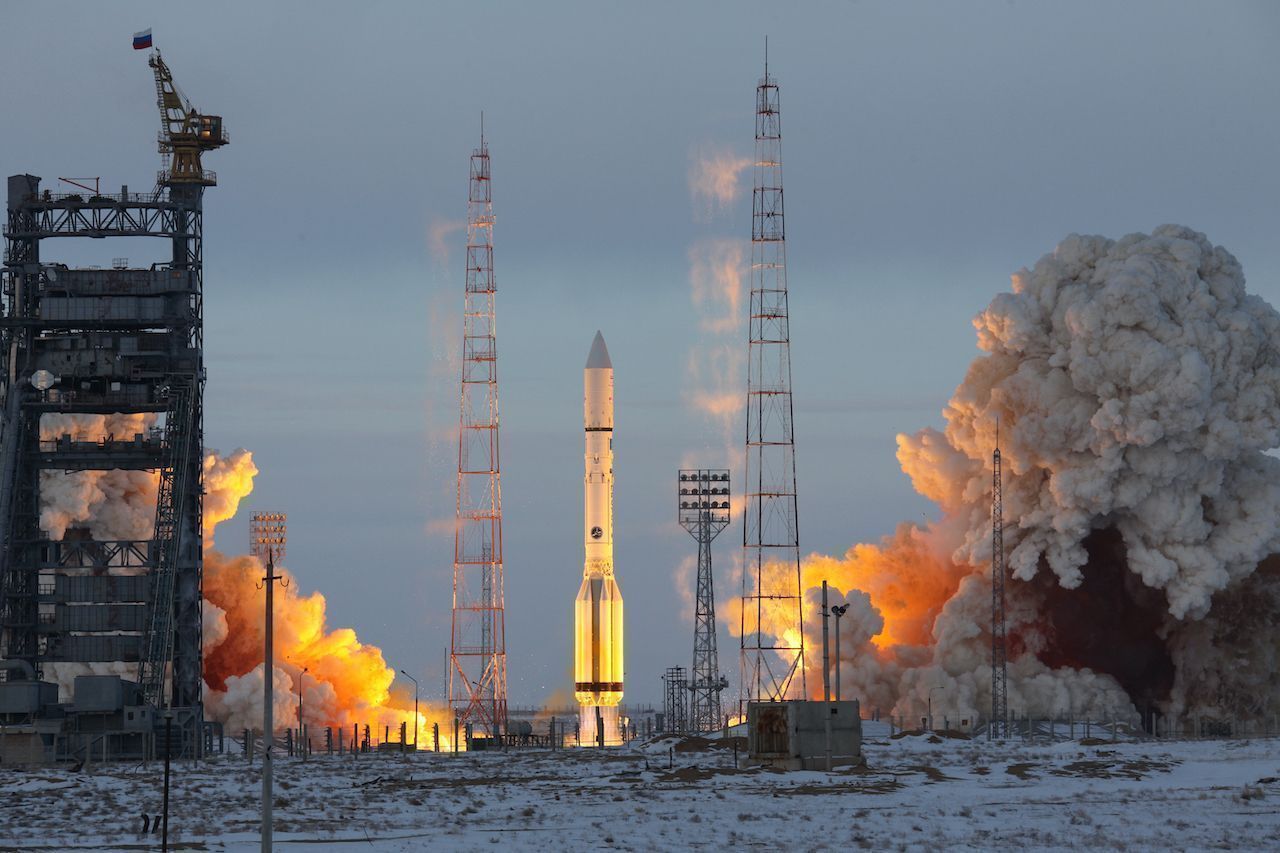 Launch dates: March 18, 30; April 9, 25; July 23; July 26; October 14; and December 11. Russia’s version of Cape Canaveral is, appropriately, in an area the complete opposite of balmy Florida: the unforgiving steppes of southern Kazakhstan. It was the world’s first spaceport, launching Sputnik 1 in 1957, and has been home to most Soviet and Russian launches ever since. Interestingly, the port is nowhere near the tiny mining town of Bakinour, but the name was used to misdirect the rest of the world from knowing where the Soviets launched. Today it’s no big secret, but it’s not exactly welcoming either.

Getting there: Since the Soviets were big on remote secrecy, Baikonur isn’t easy to reach. The nearest airport is in Kyzylorda (KZO), and flying there generally involves three or four connections. Then you face a four-hour train ride to the site. You can also get direct flights from Moscow on aging Russian airplanes. Your best bet is booking an organized tour, which will run you well into the thousands of dollars.

How to watch: Again, booking a tour is your best bet, though access to the notoriously hard-to-reach base isn’t always guaranteed. Public access isn’t really possible without booking a tour, though, so you might try driving to a spot northeast of the cosmodrome, which puts you right in the rocket’s path.

Where to stay: Booking a tour will get you a night or two in a nearby hotel. Otherwise, there’s not much out here, so your best bet may be trying to camp. 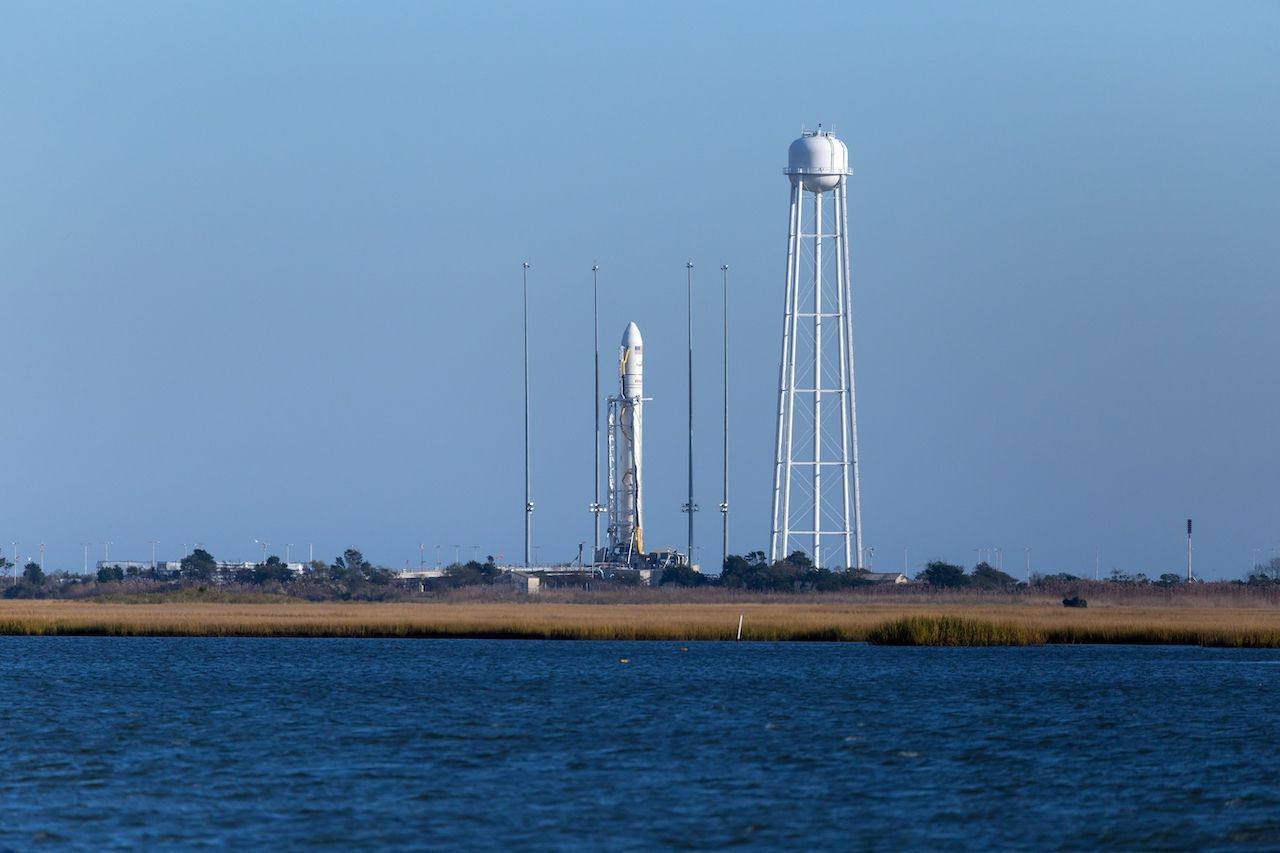 Launch dates: March 31, October, and additional launches in the second and fourth quarters of 2020.

Perhaps the most up-close and personal launch experience in the world is at this flight facility on the southern tip of the Delmarva Peninsula. Here you can watch Antares and sounding rockets take off right in the visitors center, less than a mile from the launching pads. The launches are free and open to the public, and allow you to listen to the radio contact with mission control over the PA system for a fully immersive experience.

Getting there: Wallops Island is about a three-and-a-half-hour drive from Washington, DC, and two hours up US-12 from Norfolk.

How to watch: Get to the visitor’s center as early as possible on launch dates, as space in the bleachers fill up fast. For launches during hours, the center isn’t usually operational; it opens 90 minutes before the launch. If you can’t get in there, try the Chincoteague National Wildlife Refuge and Chincoteague Island, both of which offer outstanding vantage points.

Where to stay: Downtown Chincoteague is the closest place with hotels and is a charming little waterfront town to spend a couple of days. 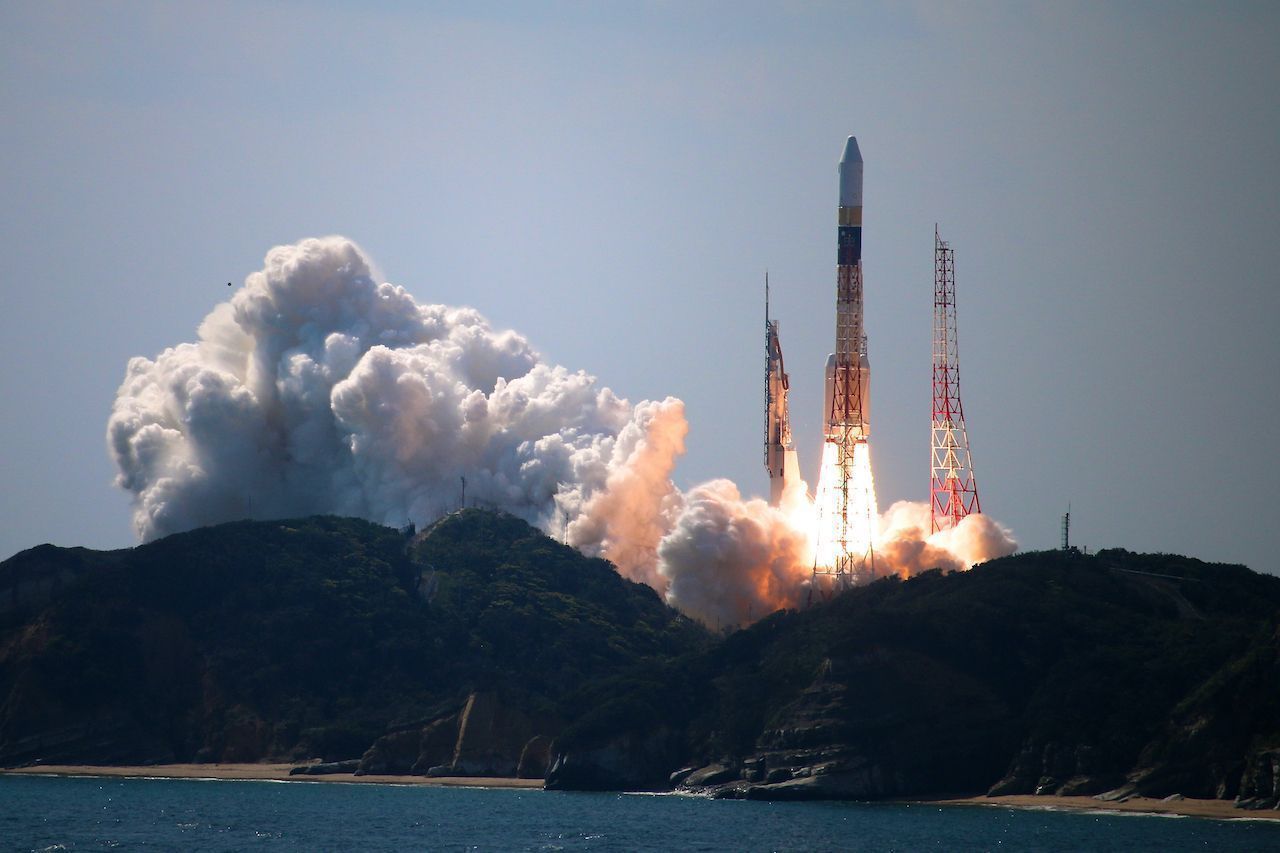 Though it only has one launch this year (a supply rocket to the International Space Station), Japan’s main spaceport is worth visiting for the surrounding scenery alone. The island of Tanegashima, about 25 miles south of Kyushu, is also full of some of Japan’s best beaches, as well as good surfing and warm weather.

Getting there: Flying from Tokyo, you’ll connect in Kagoshima to Tanegashima airport (TNE) on a journey that takes about three hours in total. Alternatively, you can fly to Kageshima and take a scenic ferry ride over. You can also get nonstop service to TNE from Osaka.

How to watch: Though the Rocket Hill Observatory is closed on launch dates, you can still watch launches for free from Uchugaoka and Hase parks. When the launch is over, you can also visit the space center’s museum for free and arrange guided tours of the entire complex with advance reservations.

Where to stay: Tangeshima has plenty of hotels in all price ranges. 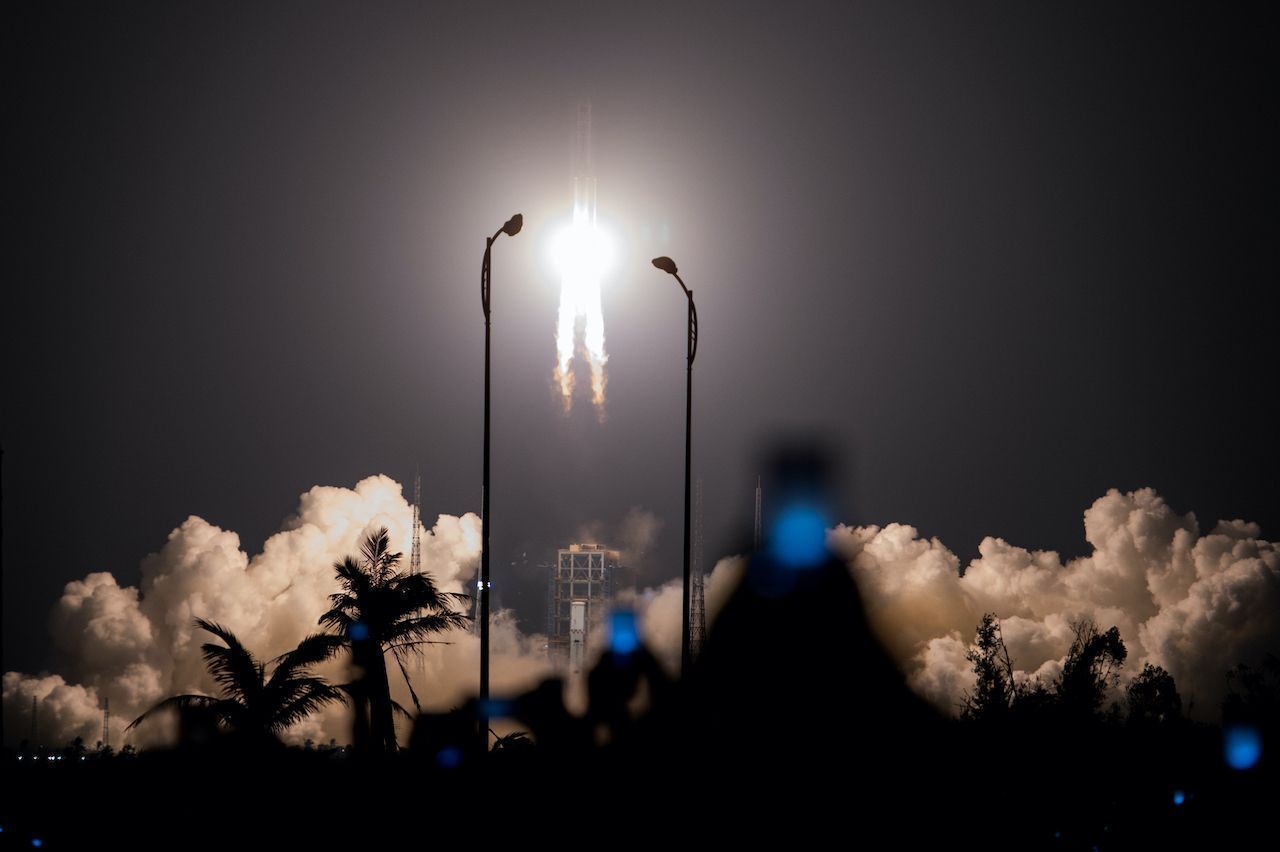 With a massive asterisk around anything involving China this year, planning a trip to the tropical shores of Hainan Island might be the best vacation for an overseas launch. A few years ago, the Chinese sought to develop space tourism here and have made it quite Canaveral-like, with a full-service museum, interactive exhibits, and a hotel boom to accommodate all the visitors.

Getting there: The nearest airport to Wenchang is Haikou (HAK), which has direct flights from Beijing, Shenyang, and other Chinese mainland cities. Alternatively, you can take a ferry to Haiku from Hainan and Beihai. From Haikou it’s about a one hour and 45-minute drive to Wechang.

How to watch: In true Chinese fashion, the viewing gallery at Wenchang is beyond the scale of anything in America, with seating for 25,000 people. If you don’t feel like cramming yourself in, the views from hotel balconies in the city of Wenchang also offer pretty solid views.

Where to stay: No shortage of hotels in Wenchang, most of which offer beach access to boot.

12 stargazing events you don’t want to miss in 2020
Tagged
Astronomy Insider Guides
What did you think of this story?
Meh
Good
Awesome