On the evening of October 4, 1967, something strange happened in southern Nova Scotia.

Commercial pilots traveling between Halifax and Toronto saw an unknown craft silently tracking a parallel course to their airplane. A strange object was spotted in the sky by the town of Mahone Bay. In Halifax, newsroom switchboards lit up as residents called to report glowing objects seen over Halifax Harbour. And in the tiny fishing village of Shag Harbour, multiple witnesses saw something crash into the Atlantic Ocean.

Fast forward 55 years to today, and Shag Harbour is now the self-appointed UFO capital of Canada. If many in the community had their way, Shag Harbour would resemble Roswell, the New Mexico city with a robust, alien-themed tourism industry. Others aren’t so sure. The one thing that everyone can agree on is that the community is home to the only government-recognized UFO sighting in the world. 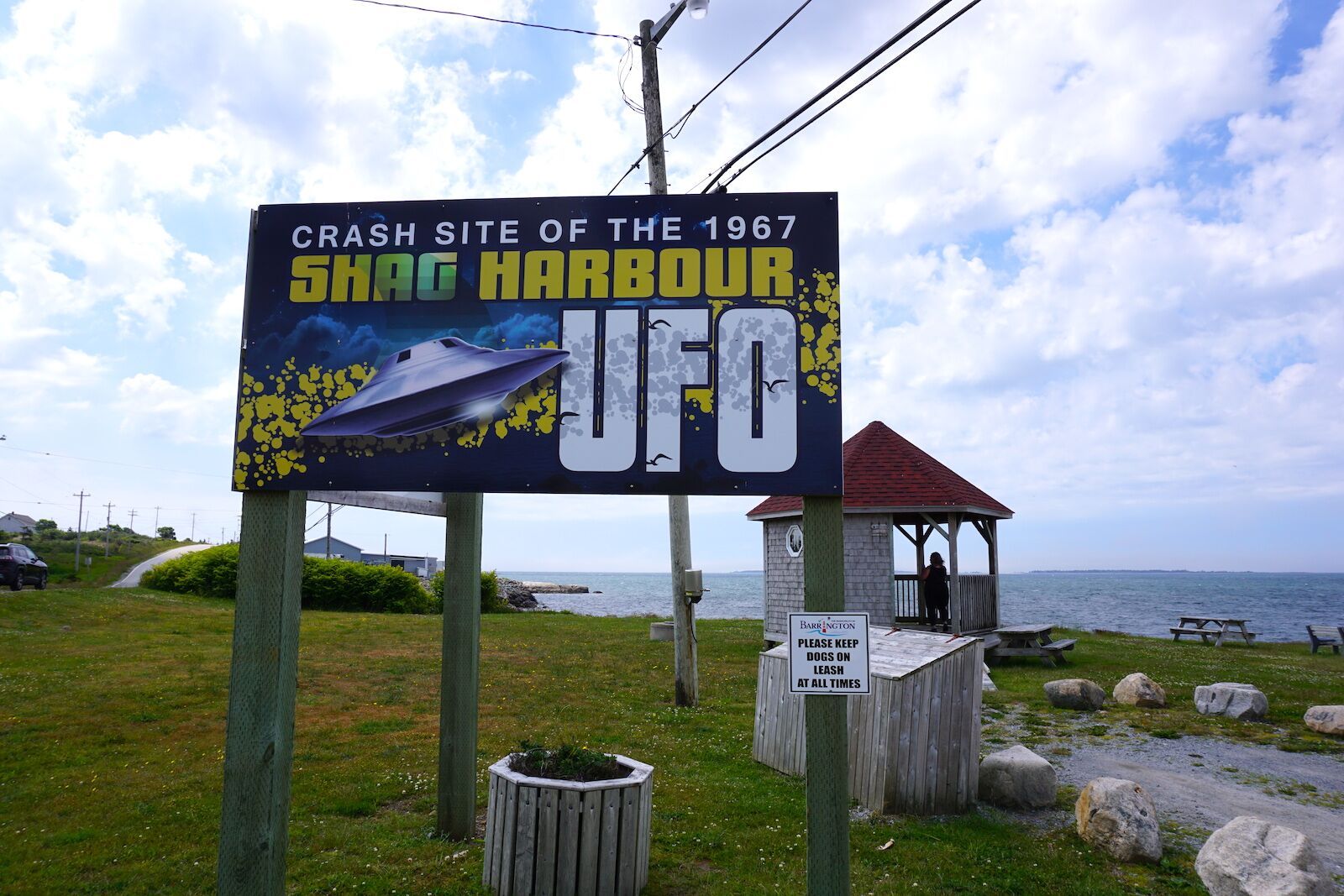 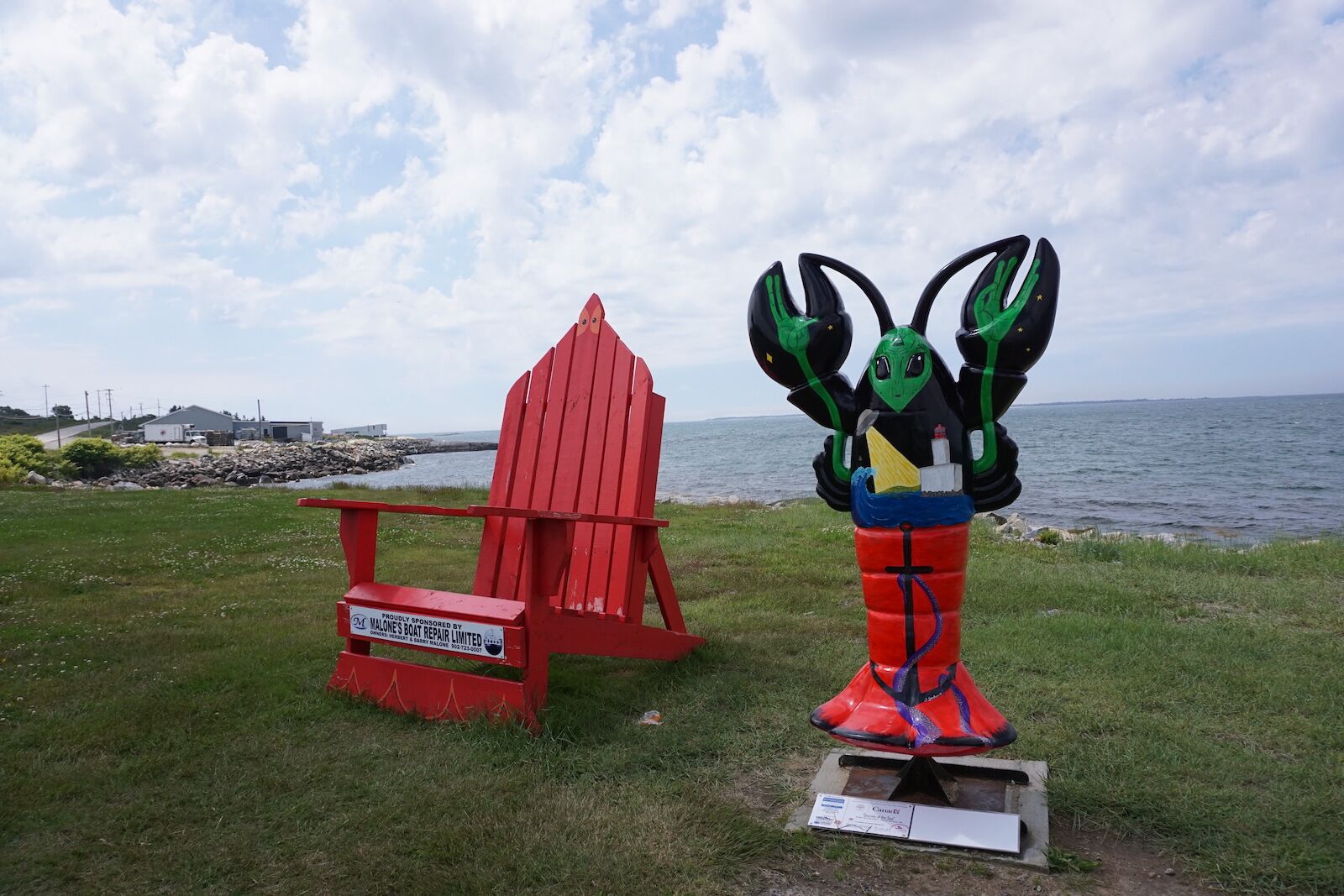 Before you start imagining that the Canadian government has acknowledged the presence of little green men, a little context is needed. It helps to appreciate the nature of life in a Nova Scotian fishing community. In this part of the world, death is uncomfortably close for those who work by the water. And when someone is in trouble, you respond. As such, when local teenager Laurie Wickens was out for a drive and saw an aircraft crash into the Gulf of Maine, he wasn’t thinking about spaceships and aliens. He was thinking of rescue. He rushed to call the RCMP (Royal Mounted Canadian Police) detachment in nearby Barrington Passage. Someone or something was in trouble in those choppy waters.

Wickens wasn’t alone. Within half an hour of the crash, local fishing boats were on the scene, followed closely by the Coast Guard. Inquiries were immediately sent to Halifax’s Rescue Coordination Centre to ask about unaccounted aircraft, and when none were found, the Air Force was notified. They, in turn, asked the Navy to launch an underwater search. At some point in the process, knowing that all aircraft were accounted for, the search for an unidentified, flying object began. Semantics, for sure, but this means that Shag Harbour suddenly had a government-recognized UFO incident to contend with.

With no debris ever recovered, the mystery of what exactly happened 55 years ago remains. One popular theory is that an experimental government aircraft went off course. Given that the world was in the midst of the Cold War, the possibility of American involvement or even Russian technology was bandied about. This position competed head to head with another take: extraterrestrial spaceship.

A UFO museum in Shag Harbour 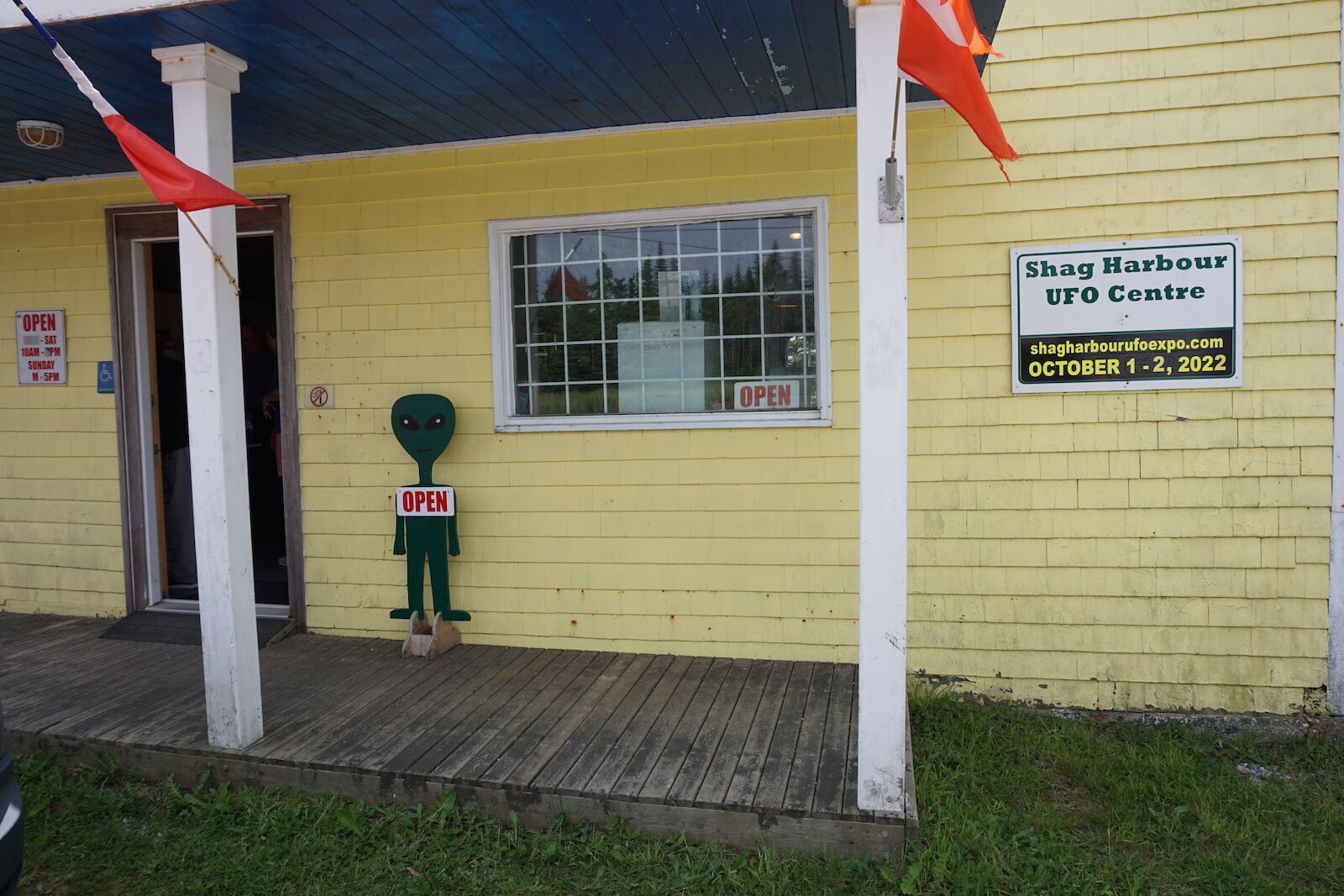 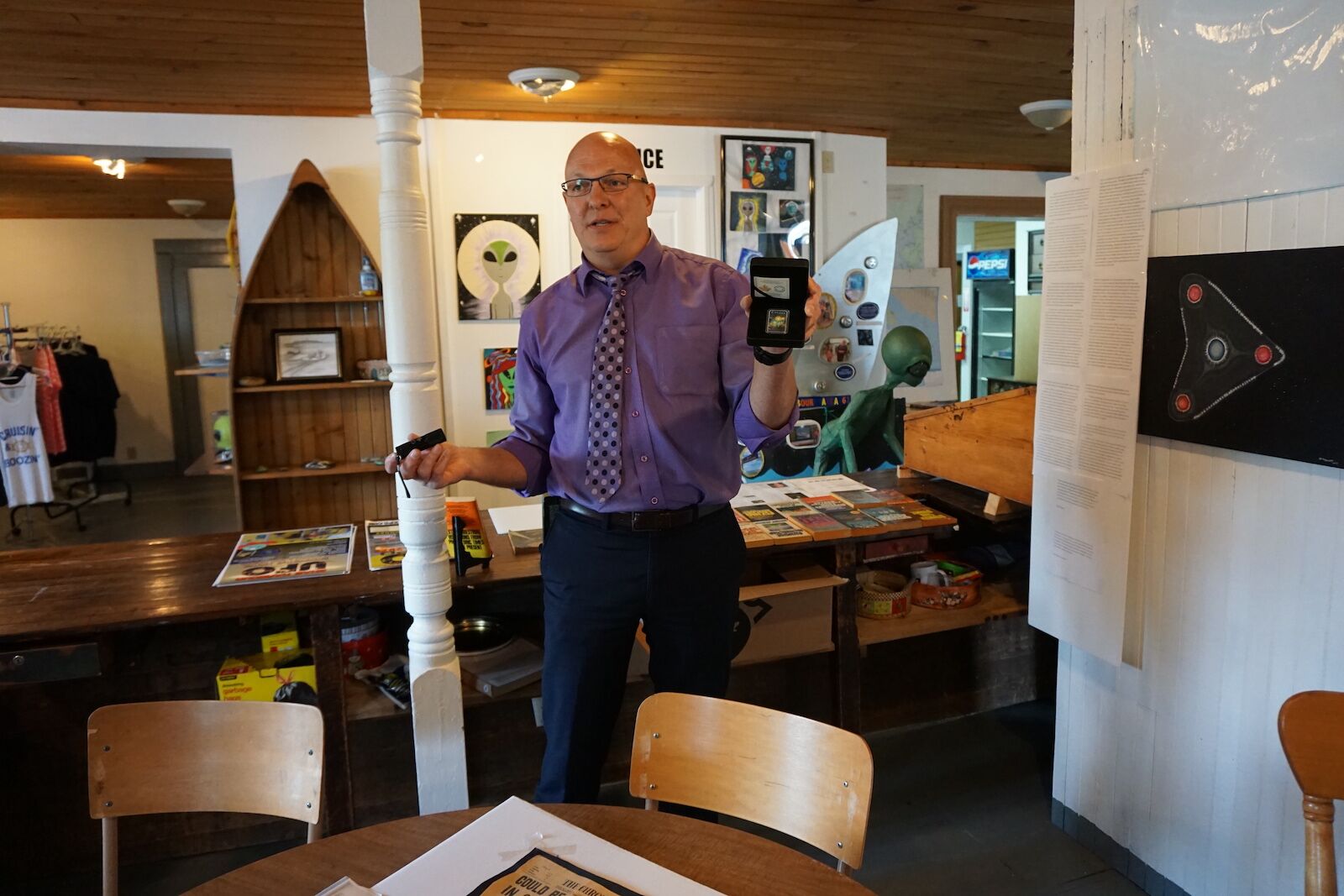 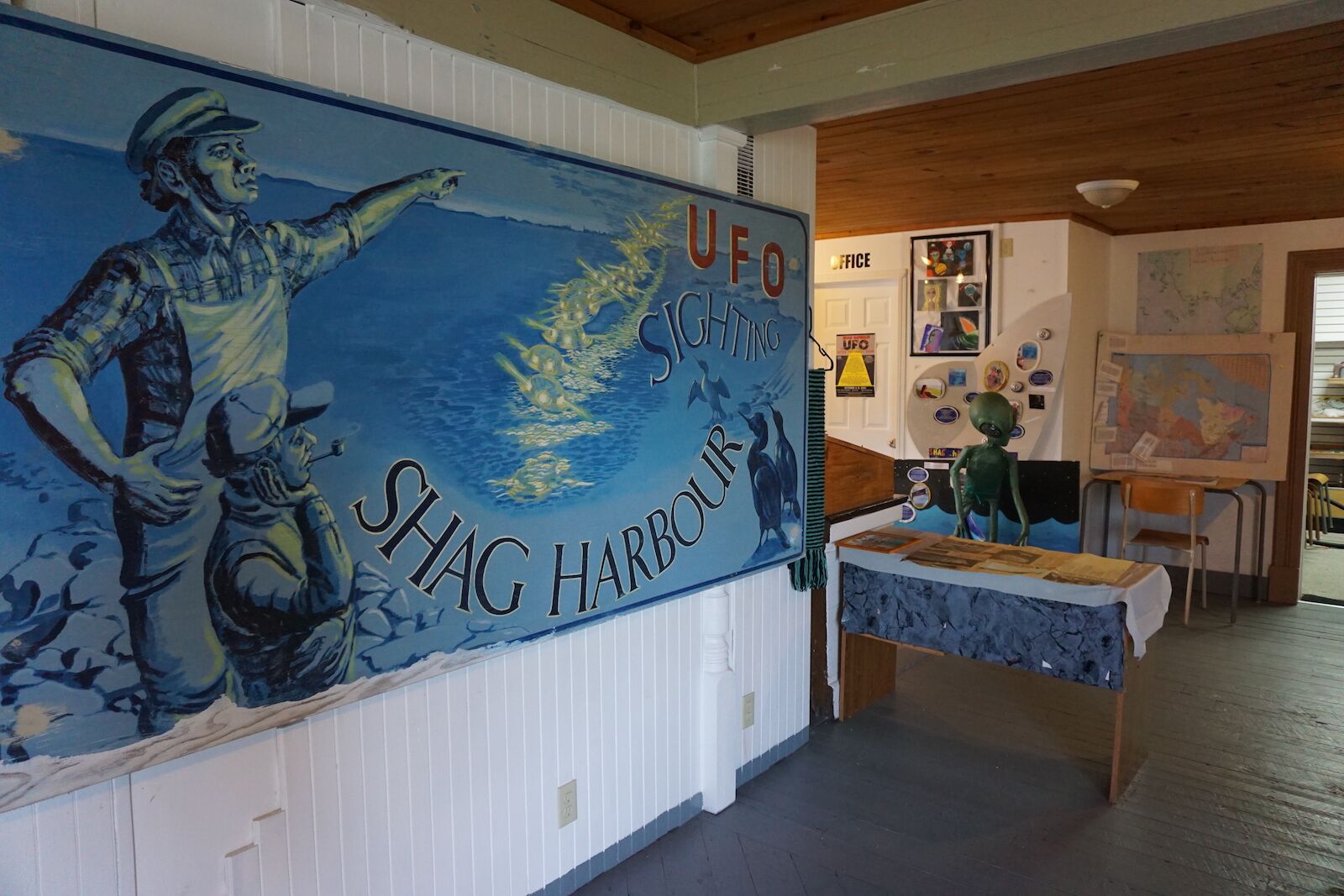 Finding a permanent home in 2009, the Interpretive Centre has the kind of homey charm you’ll find at any community-based museum that’s short on funding and long on stories. Adorned with flying saucers and cutouts of green men with giant black eyes, this whimsical (if predictable) design is an easy way to get people through the doors to take fun photos. Just a short drive down the road is the crash site itself (marked with a colorful sign). Visitors who enjoy culture and folklore will appreciate that the Shag Harbour Incident Interpretive Centre is surrounded by neighbors who share its passion for history, including the Seal Island Light Museum in Barrington and the Historical Acadian Village in Lower West Pubnico.

Prior to the pandemic, an estimated 1,500 to 2,500 people per year visited the Interpretive Centre, many of them enjoying a chat with Laurie Wickens and other crash witnesses who take turns volunteering at the front desk. However, when I spoke with local bank employee Danny Reid, vice president of the Shag Harbour Incident Society, he said the visitor count could be much higher.

Reid reports that during his first visit to the Interpretive Centre, he was “amazed that the place wasn’t full.” You can count him among those who want to put Shag Harbour on the UFO map and emulate the financial and cultural success of Roswell. He’s certainly not alone. In 2019, the Canadian Mint issued a commemorative coin about the 1967 Shag Harbour Incident. The $20 legal tender coin comes with a black light to illuminate special glowing features. The initial release quickly sold out, a sign of just how popular (and lucrative) this story is.

The Shag Harbour UFO XPO is normally an annual event that’s just finding its feet again after long delays due to the COVID-19 pandemic. The gathering takes place in Yarmouth, Nova Scotia (a town large enough to have multiple hotels and convention facilities), just under an hour from Shag Harbour. UFO experts, eyewitnesses, and enthusiasts come together to share the latest news, theories, and research in their industry — and to talk about the Shag Harbour UFO. Bus tours to Shag Harbour are included with the convention tickets.

The truth is out there — or is it? 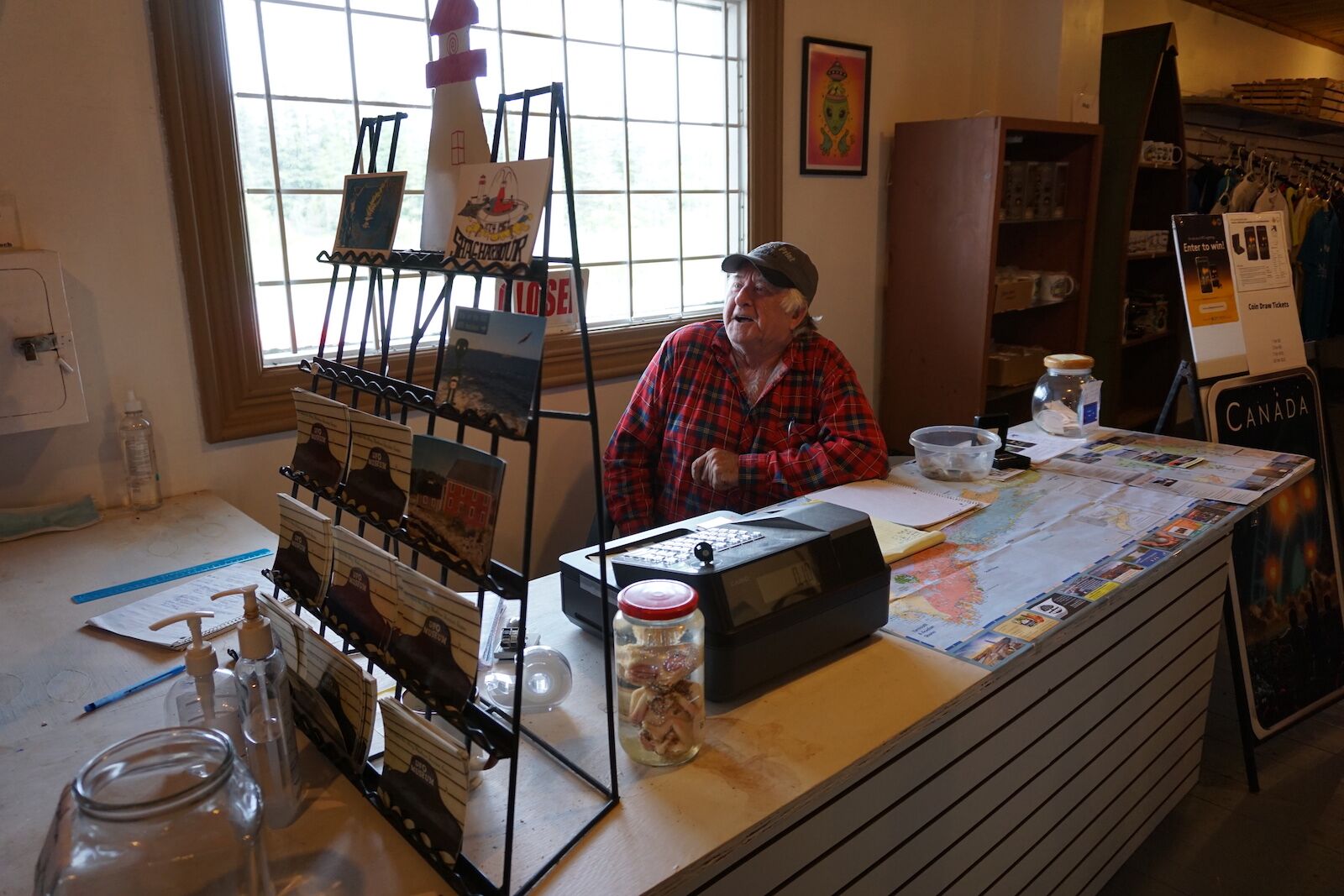 While the 1967 incident is fascinating, is it enough to make tiny Shag Harbour an extraterrestrial mega-spot? I asked Laurie Wickens myself and he said yes. He reports that people “see things all the time” in the area and describes Shag Harbour and the surrounding coastline as a hotspot area for unusual activity. For instance, he explained that when divers request the crash site coordinates so they can scuba dive in the area, there’s often a problem transmitting the information through email — the wrong information arrives and it seems like the numbers are being scrambled after they’re typed. The plot thickens.

I spoke to a local fisherman named Tony who not only doubts that Shag Harbour is an extraterrestrial hotspot but he actually calls into question the initial story. Reporting that he knows many of the folks involved, Tony said that the entire situation is simply a case of a story growing legs of its own. He reports “Once you make the first call to 911, you’re in. When the helicopters come, you’re all in. There’s no going back”. In his mind, some young folks got carried away and, facing the fear of hefty fines for an unnecessary search and rescue operation, they decided the only thing to do was stick to their story.

I took Tony’s theory to Danny Reid, who counters that off-duty RCMP officers were among the initial group of witnesses who reported the crash. He also emphasizes that it was the government that first used the term “unidentified flying object” — local witnesses thought they were facing a tragic search and rescue situation. With his words in mind, perhaps the best way to examine the Shag Harbour Incident isn’t to think that something extraordinary happened in 1967 but rather that something very ordinary occurred. A tight-knit fishing community instantly came together when there was trouble at sea like they always do. Therein lies the real magic of Shag Harbour. The real men and women here are far more compelling than any little green men who may (or may not!) have ever visited.