In the imaginations of most travelers, Cyprus is a sparkling gem of the Mediterranan, home to stunning beaches and crystal clear aquamarine waters. The island has a rich cultural and culinary heritage too; its population is divided mostly between Turkish Cypriots and Greek Cypriots. Maronites (a sect of Christains originally from Lebanon) and Armenians have also been living on the island for centuries. With so many different ethnicities on one island, often food is the one thing that brings disparate people together, unifying the island.

One dish that stands out in particular is called kleftiko in Greek or hirsiz kebabi in Turkish, meaning “stolen” and “thief’s kebab” respectively. This iconic dish is widespread in Greece, but In Cyprus, where many different Mediterranian and Middle Eastern ethnic identities intermingle, kleftiko is just as popular. In a small village called Kormakitis, you can have the best kleftiko in Cyprus.

There’s a good reason why this dish is sometimes also called thief’s kebab. In the past, it was very common for people who were living in the mountains to steal sheep. When it came to cooking their stolen dinner, the thieves had to be smart. If an angry sheep herder caught sight of smoke, the thieves would have been caught. In order to avoid being spotted, they would dig a hole, fill it with wood, light a fire, and pile tiles on top. The meat was cooked on top of the tiles, covered in a layer of carob or daphnia leaves, while soil sealed up the hole, preventing any smoke from escaping. According to the Guardian, “sheep rustling bandits,” were known as klephts, hence the origins of the name kleftiko.

My grandfather, who hails from the village of Kormakitis, recalls witnessing the preparation of kleftiko by members of his own family.

“My grandfather’s uncle did it once but he couldn’t cover it properly,” he tells me “Shepherds smelled it and they started looking for the meat. So my great-uncle hid and waited until they were gone!”

How kleftiko is cooked today

Originally, kleftiko was cooked with hardly any other ingredients other than the lamb itself — other than perhaps a few herbs plucked from the mountainside. Today the dish is still as simple as can be — slow cooked for at least 2 hours in garlic and olive oil, often with potatoes and roasted peppers on the side. To mimic the hole in the ground sealed by soil, the lamb is often wrapped securely in parchment paper while it cooks. It’s considered a classic dish in Greek cuisine, served in tavernas all over Greece. But if you want to sample kleftiko in Cyprus, there is one restaurant that you can’t miss.

The best place to eat kleftiko in Cyprus 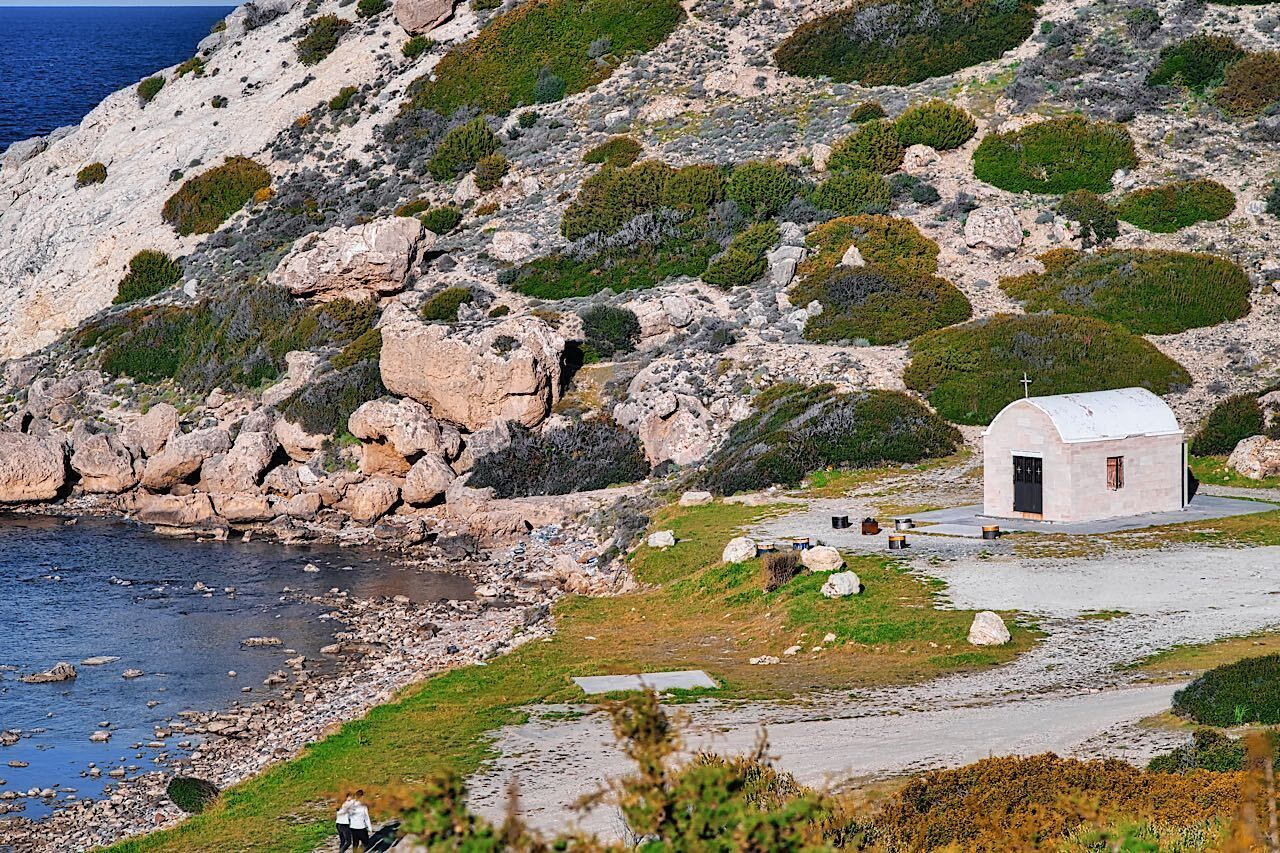 “My family has been running the restaurant for almost fifty years now,” says Maria, owner of Yorgo Kasap restaurant in Kormakitis. “My mother is the butcher of the restaurant and I have been working here for thirty-six years.”
Turkish Cypriots, Greek Cypriots and Maronites are all welcome at Yorgo Kasap Restaurant unites people from all over Cyprus, and it’s a popular spot among tourists too, hosting curious culinary aficionados from Turkey, Russia, the United Kingdom, and France.
The most famous dish on the menu is of course kleftiko but Yorgo Kasap also serves traditional Cypriot meze (Cypriot olives, Mediterranean salad, halloumi, hummus, and yogurt served on a platter).

If you are planning to visit Kormakitis and the restaurant, the best way to get there is to rent a car as public transport in Cyprus is unreliable. It might be tempting to spend all your days at the beach when in Cyprus but visiting this small village is worth it for the kleftiko alone. You’ll also have the opportunity to experience the slow village life of Cyprus and the island’s multicultural identity.

Let the time stand still as you enter this authentic restaurant and observe how food has the power to unite so many different people in a village with a long history.

NewsThis Island Nation Has the Cleanest Water in Europe
Tagged
Food + Drink Restaurants + Bars Cyprus
What did you think of this story?
Meh
Good
Awesome

This Island Nation Has the Cleanest Water in Europe

What It's Like Visiting Nicosia, Cyprus, the Last Divided Capital on Earth